On November 27th, I decided to take on a brewery tour visit at the Brooklyn Brewery!
From City Tech, I took the A, C to 14th street, Transferred to the L train and got off at Bedford Avenue. From Bedford Avenue, took me about 10 minutes to get to 79 North 11th Street 11249.

I bought the ticket for $13. $13 spent was for the tour experience without the tasting. I went in there thinking that I wasn’t going to drink but I ended up trying 4 different types of beer! When I got to the cite, the front desk that worked at the Brooklyn Brewery gave our tour attendants a complementary beer and safety goggles as well to make sure we are safe while going in on the tour. 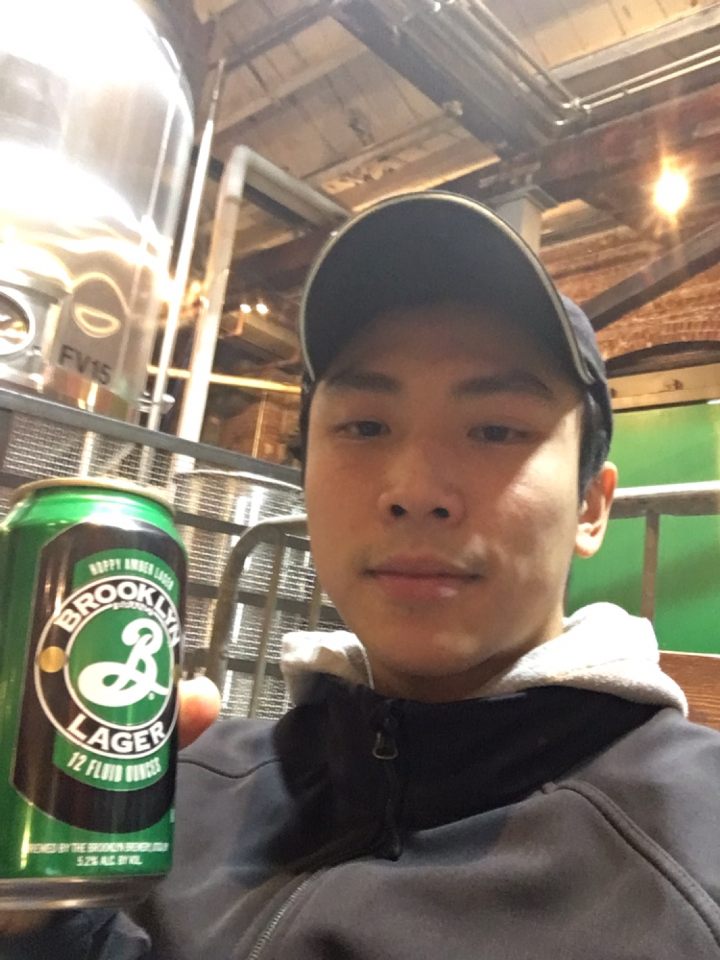 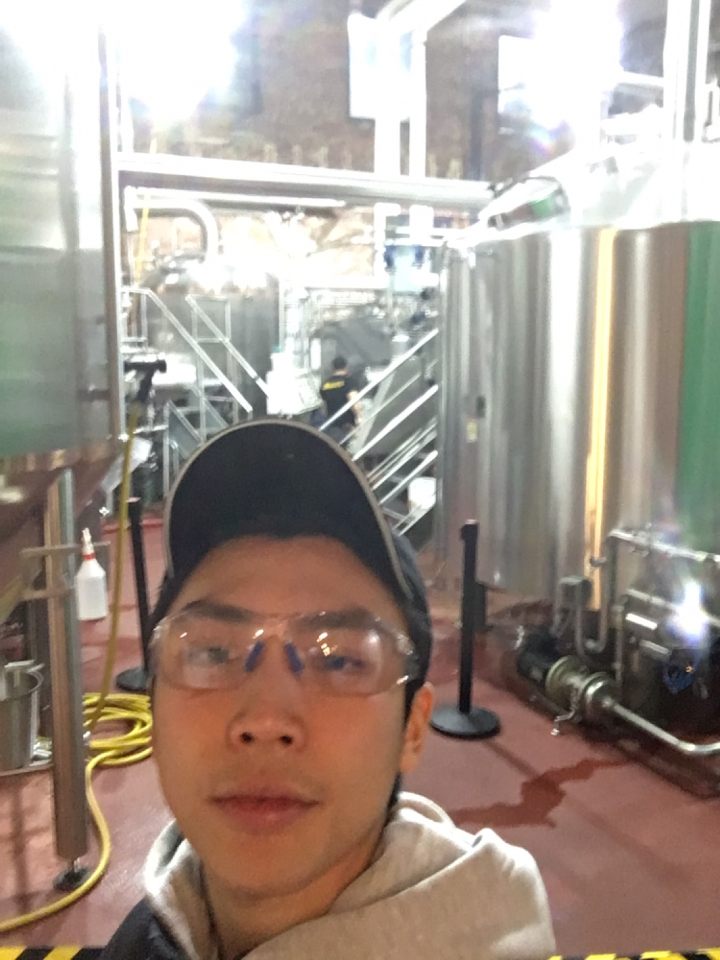 I was lead by our tour guide Matt and the tour lasted for 45 minutes. The first part of the tour he spoke about how they brew their Bell Air Sour- which was the 2nd drink I had during the tour. Not only was I enjoying the beer (Finished it quickly so I can take notes and forgot to take a picture, haha!) I was literally amazed on how this brewery house looked like. I thought to myself, (this is where beer is made and packaged, I’m astonished of the brew machines they are massive!) 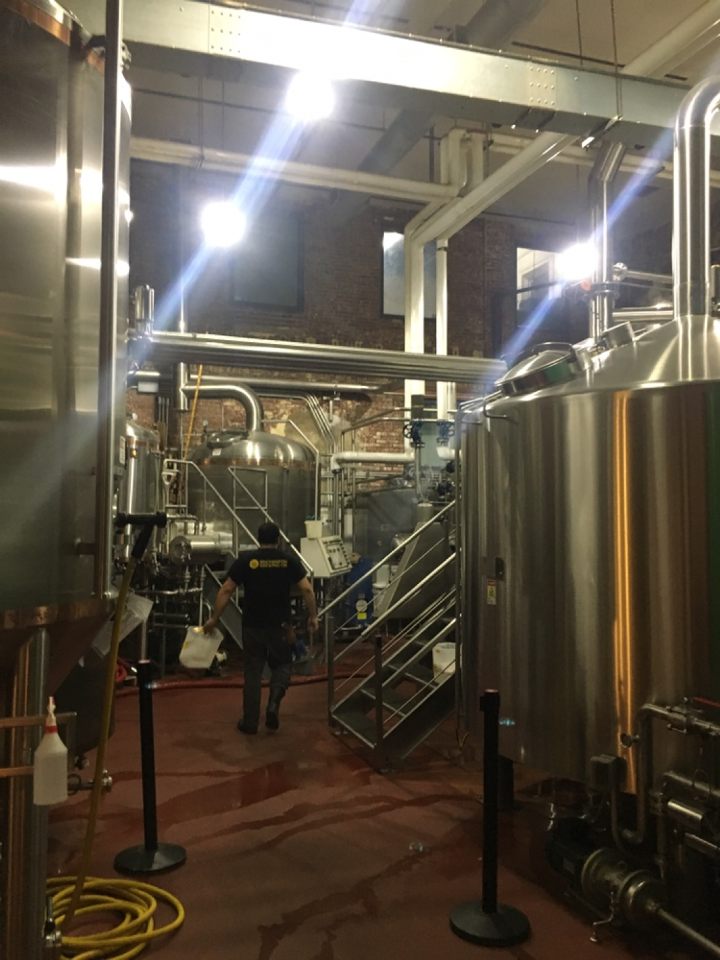 He also gave us a brief history and facts about the company. And how and what do they use to Brew at their cite? Well, he mentioned that at the Brewery House, the beer that they brew are through 4 hotfermented tanks. Matt explains that Water, yeast, and Malt are the main ingredients of Brewing beer. Water being the most important out of all of them and explaining the New York as the best urban water that comes from the Cat Skills. Being that water is the most important ingredient of brewing, it is essential that the brewing comes from the cleanest water to enjoy nice cold beer. Matt explains that their beer is made up of 90% of the beer and that the water is “Charcoal Filtering Water.” To explain more detail, on the Brooklyn Brewery Blog Post, a question was asked about Charcoal Filtering water. The question was “Do you use any special treatment for the water you use at the brewery (filtering, adding minerals, etc)?” The use of charcoal filtering water is to “remove any excess chlorine or debris from the water system” (Moss).

Matt goes on and explains the different types of Malt for the beer they Brew. He mentioned four types, “Malt, Marley, Rye, and Wheat.” I asked him about the approach to agriculture. He explains that Barley and Malt are from Germany and used in their brews for almost a Millennia. Hops are also a vital ingredient in their brews and are most famous in their new profound beer, the “Sorachi ace.”

During the brewing process, beer for fermentation is mixed with warm water. A ton of warm water. After that, liquid is separated and spits our all of the debris. The debris and solids, “hops and barley are sold as cattle feed or turned into fertilizer” (Deaton). After the the beer is brewed then bring them to a boil and add fruits and this is where the fun part starts with all the different types of flavors and personalities of beer come to life in our taste buds. Flowers are added that day and then bring them to a whirlpool to mix everything up together. The whirlpool helps the beer to to become clean liquid and is then placed in the rapid chiller.

Matt states that Ale or Lagers take 3-6 weeks in rural temperature during fermentation. 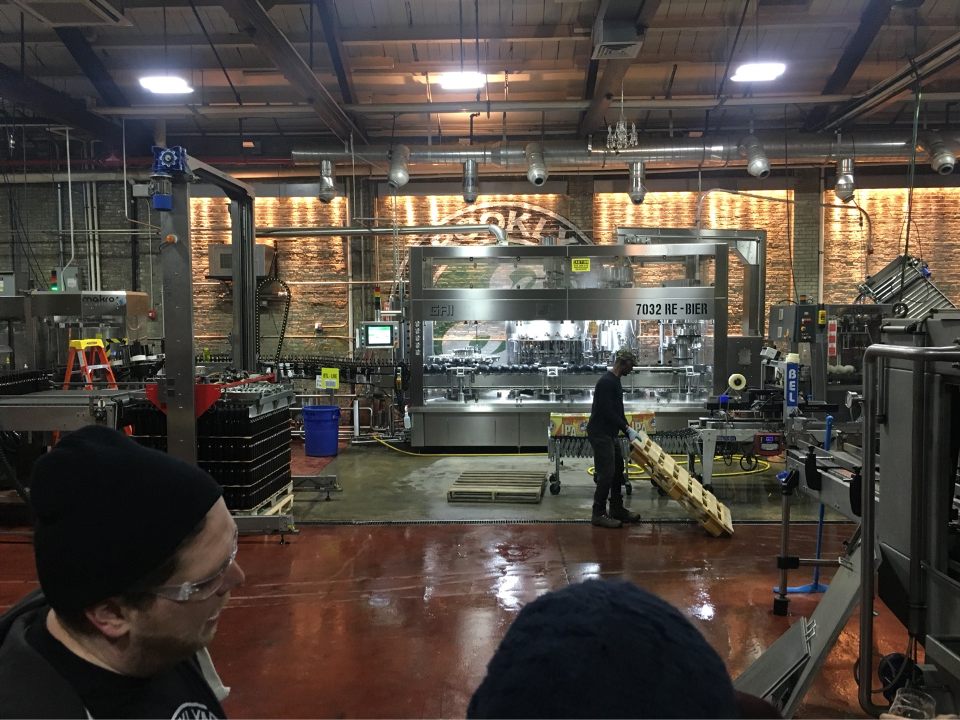 This machine is basically where all the bottles are being finalized, cleaned up, bottled up, and packaged. The machine flips the bottle, sprays water at to keep it clean, and then fills it up with beer 99% of the way. It also adds warm water to the bottle to push our oxygen afterwards, then finalize it by capping it. The machine picks up 24 bottles and drops it into 4 six pack.

Afterwards, we were then lead to a tasting room for beer. Automatically I thought to myself, “will this be like wine class where we taste wine and spit everything back out?” No we did not! we actually drank the beer but Matt wanted to teach us how to enjoy the beer as well and the characteristics of it. He explains that as we observe the beer, we should be looking at the head of the beer (Thats already poured into a white glass cup) Check to see if the foam is carbonated in the outside of not. Do a drive by sniff. The beer that I tried was called the “Defender IPA.” One of the guests mentioned that after the Drive By technique, he smelled “Cherry’s” and I smelled Raspberries. Matt then asked whether if the body of beer is “Thick or thin?”  Afterwards, we drank the beer and it was actually really Robitussin, spice, and cinnamon flavor like in my mouth. It was almost as if there was a party!

Afterwards we also head on and tried another beer which was called the whitehall beer.

My overall experience at the Brooklyn Brewery was outstanding. I absolutely enjoyed my time there. I even spent another good half hour just trying to indulge and wrap up my experience at the tour. For anyone who is looking to check out a brewery or just didn’t get a chance to! I would recommend this spot. They also have a bar and spacious seating area to socialize and play some games.

As I exited the brewery, I came across these different rooms of the house which I thought was informative and organize. 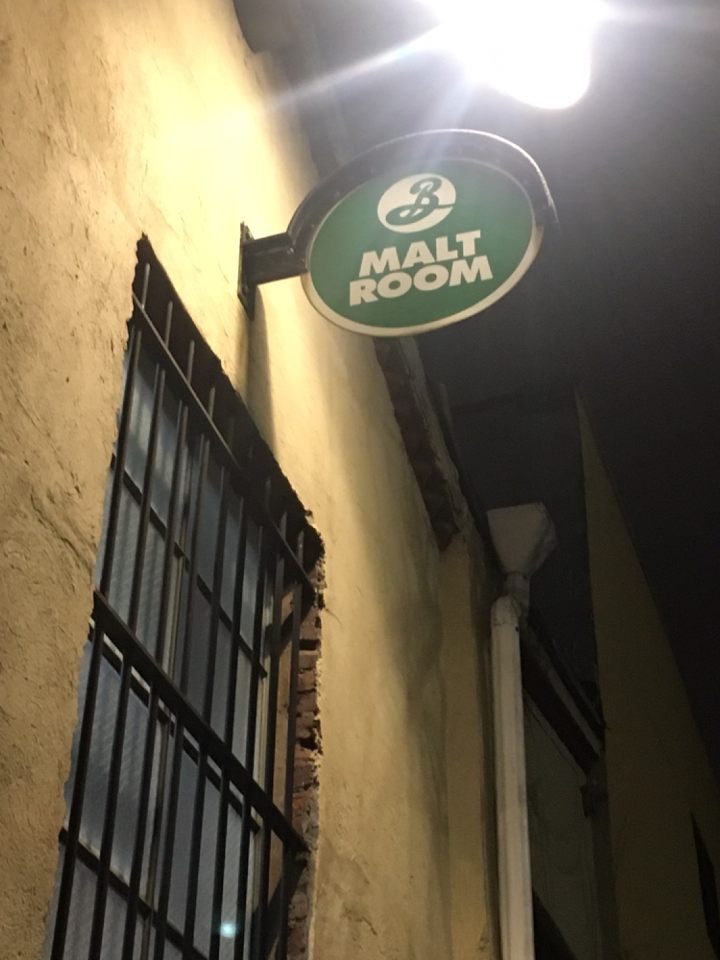 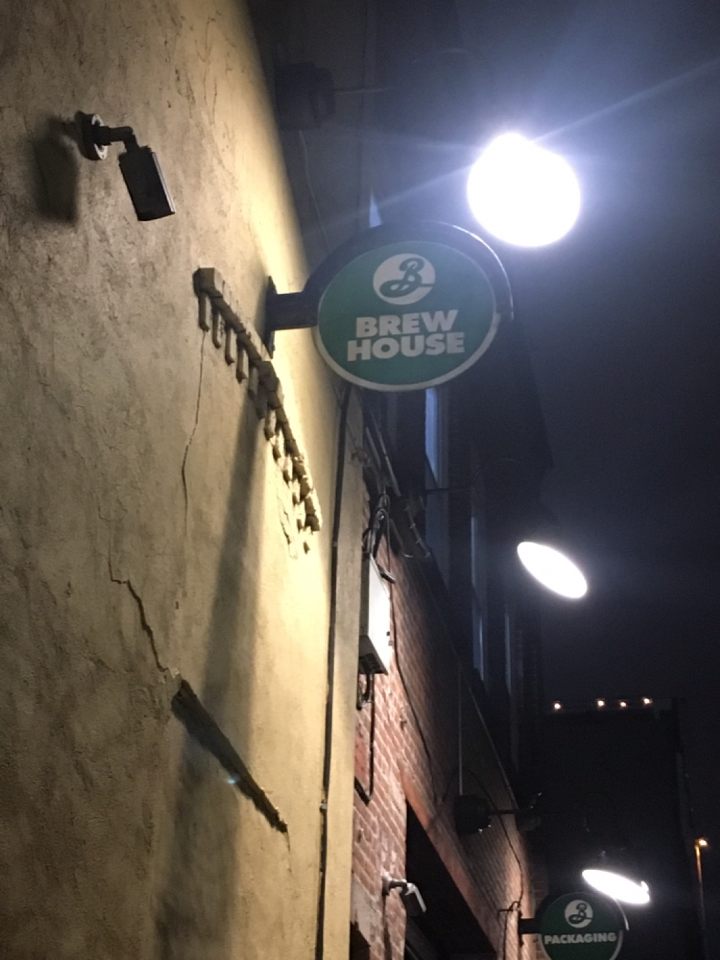 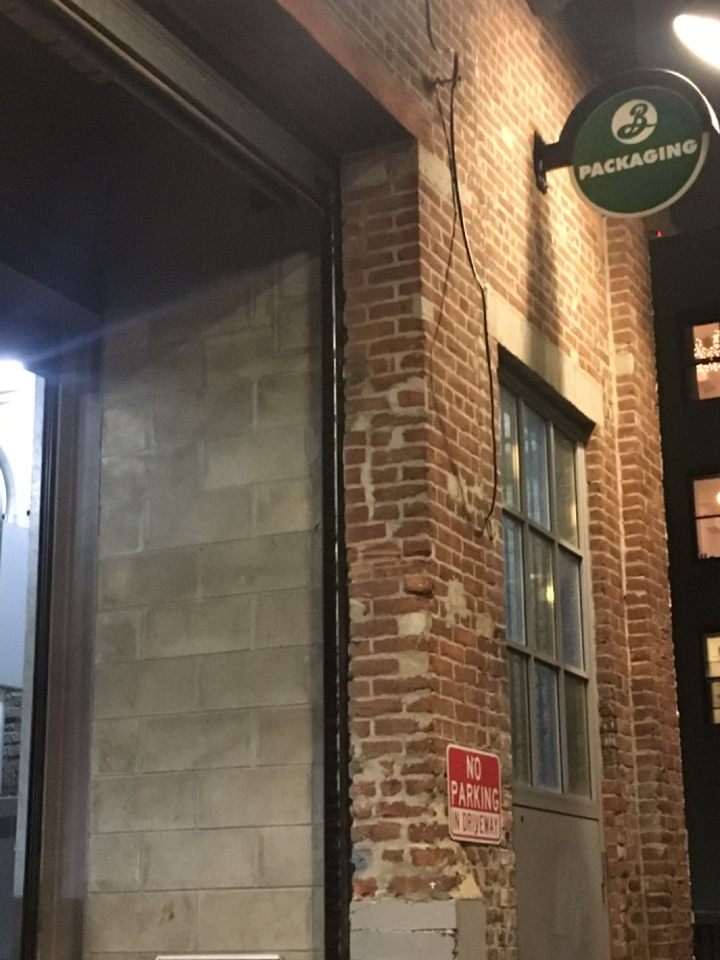 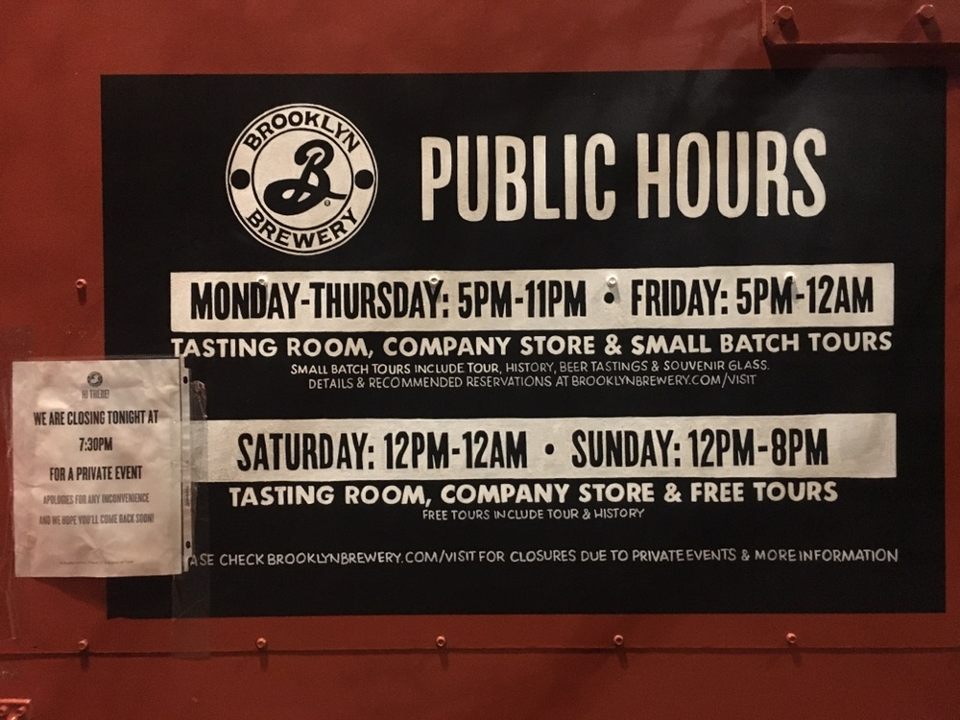 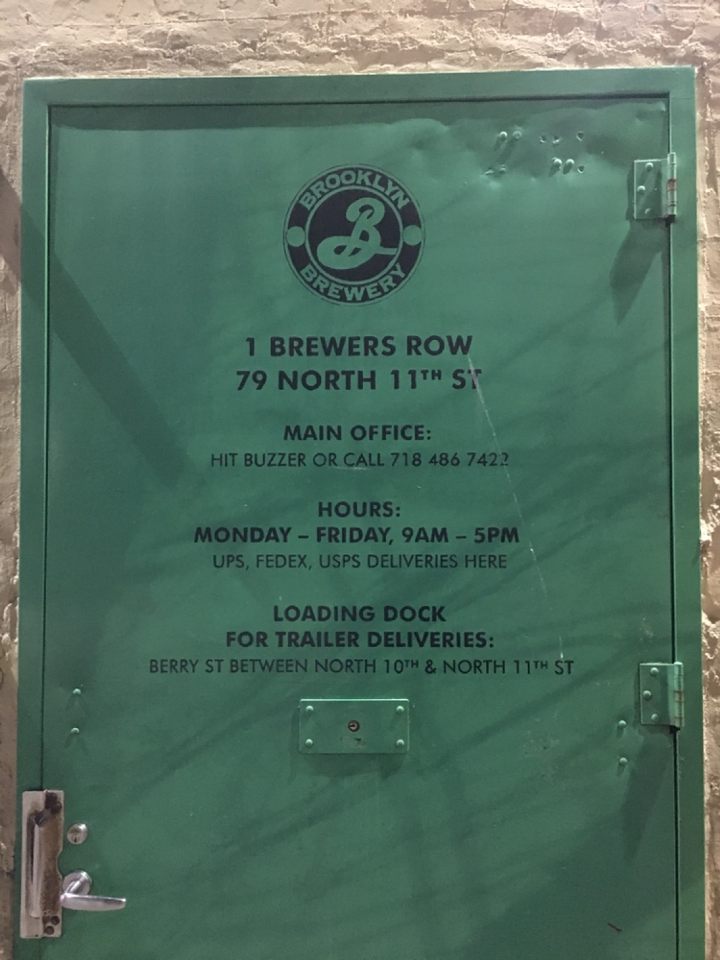 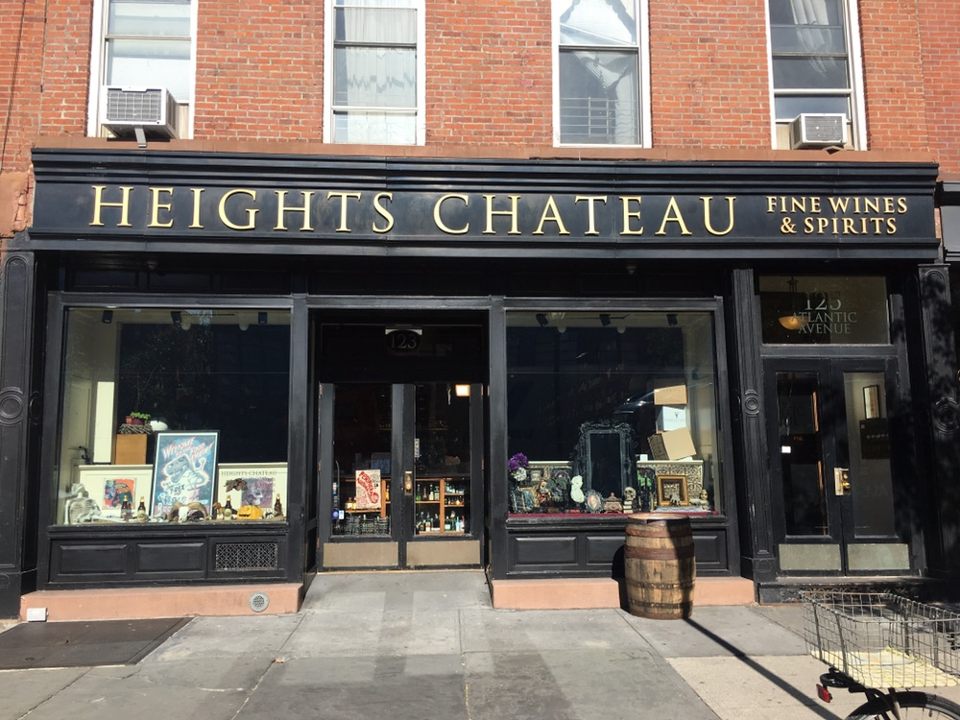 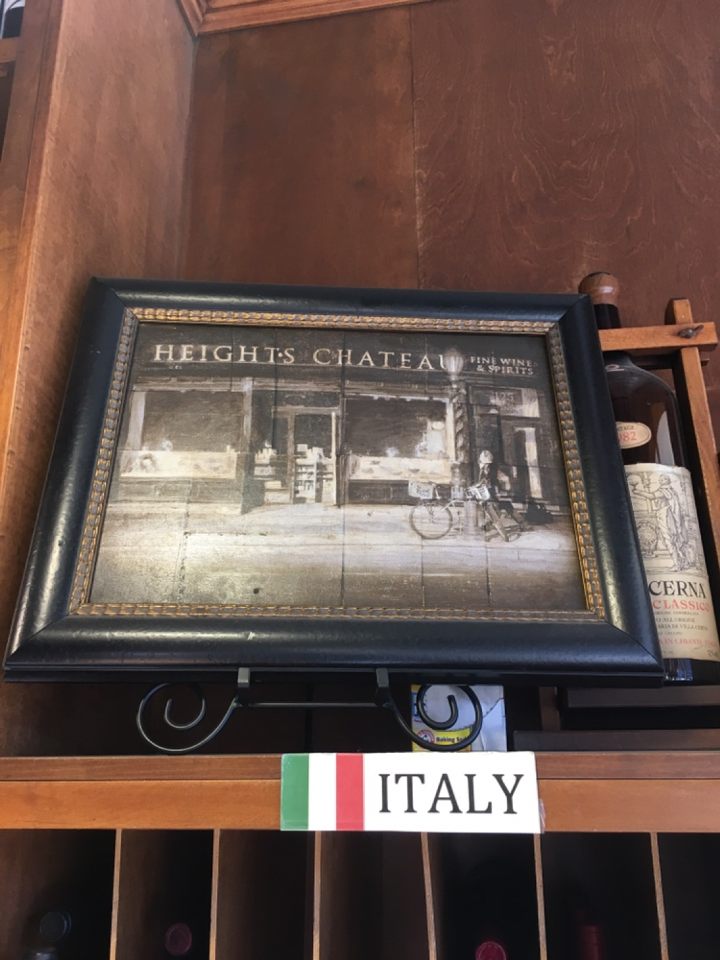 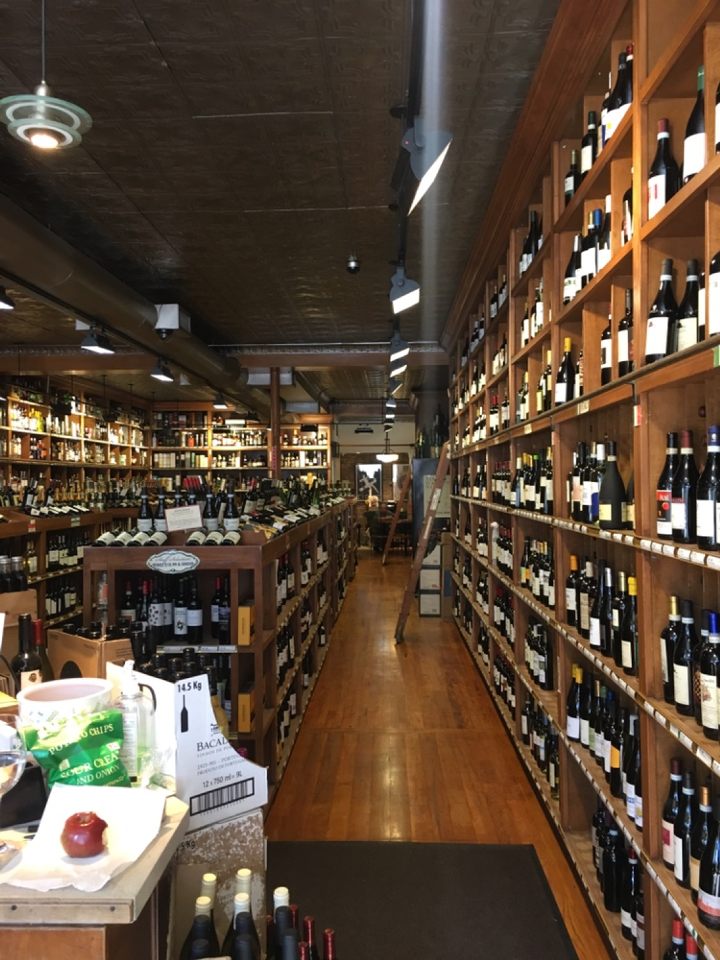 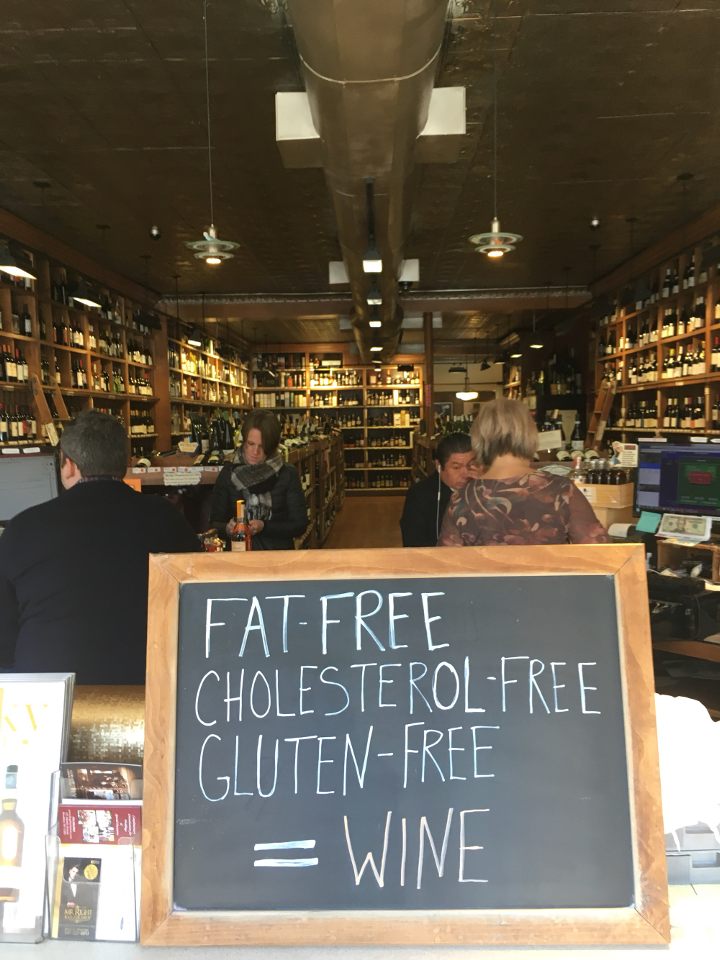 Heights Chateu Fine Wines & Spirits located on 123 Atlantic Avenue Brooklyn, NY 11201 has been in business for 35 years. I interviewed Rebecca and she was more than glad to answer some of the questions I had. Before I part taken my interview- the exterior design of the store looked ancient and looked as if it has been around for awhile- It has a very traditional style as a first impression and I automatically felt like I had already gain the trust and confidence of leaving this store with good wine.

Rebecca developed her wine knowledge as a sommelier. She sold wine for living and therefore knew an immense amount of information about wine. With so much information about wine, where and how do I look for a particular wine? I asked her about how is wine organized in the store. Of course, Red wine and white wines are organized separately by subregions especially for Europe. Wine is also organized by the New World and Old World. New world wine is organized by grape variety, and that old world wine is organized or divided by region/appellations.

I went on and asked about what is different about their wine store compared to other wine stores. Most importantly, she emphasized the importance of cellar space. Heights Chateu has a big cellar and small cellar for wine storage that most wine stores may not have to an advantage. Most of the expensive wines are stored in these cellars and it is very rare that customers enter the premises of these cellars. Rebecca pulls out a wine directory book and showed me the different types of wines stored in these cellars. Most of them cost more than my bank account and that the most expensive wine they currently have in stock is the Burgundy red wine from Romanee County- cost $2000. Customers often times buy this wine around Christmas time. What exactly do you eat a long with this wine? She joked and went on about eating pizza, but after all it really depends on what they customer is in the mood for. More often times people just sip on it and just cherish the expensive wine taste.

Overall- the experience interviewing Rebecca was a memorable because I have never interviewed anyone about wine and at least have some knowledge of what I am asking about because I have studied wine this semester. 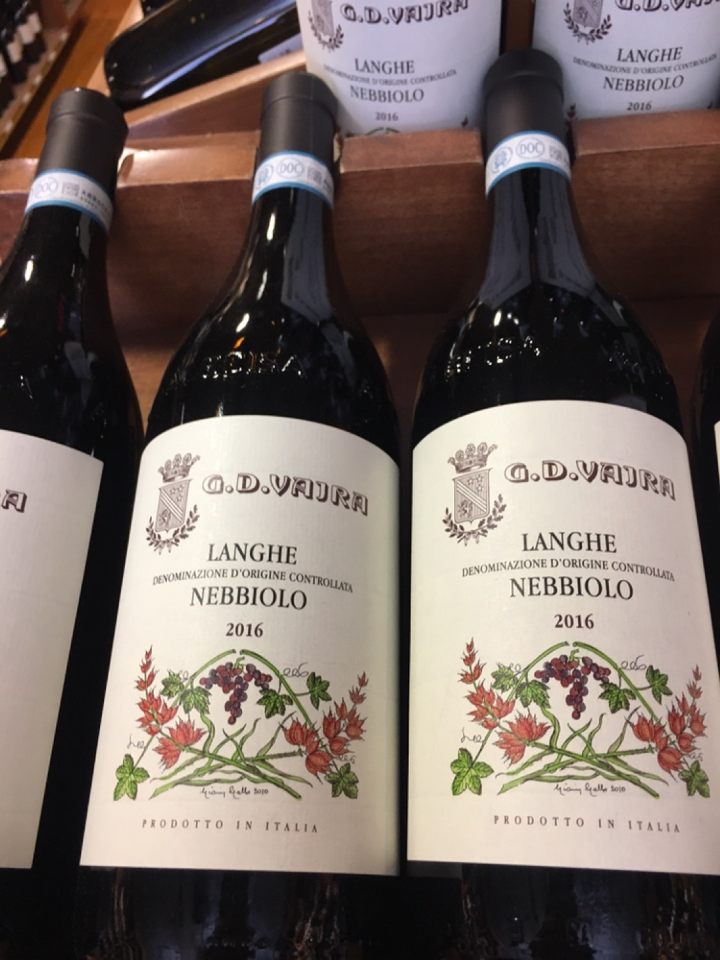 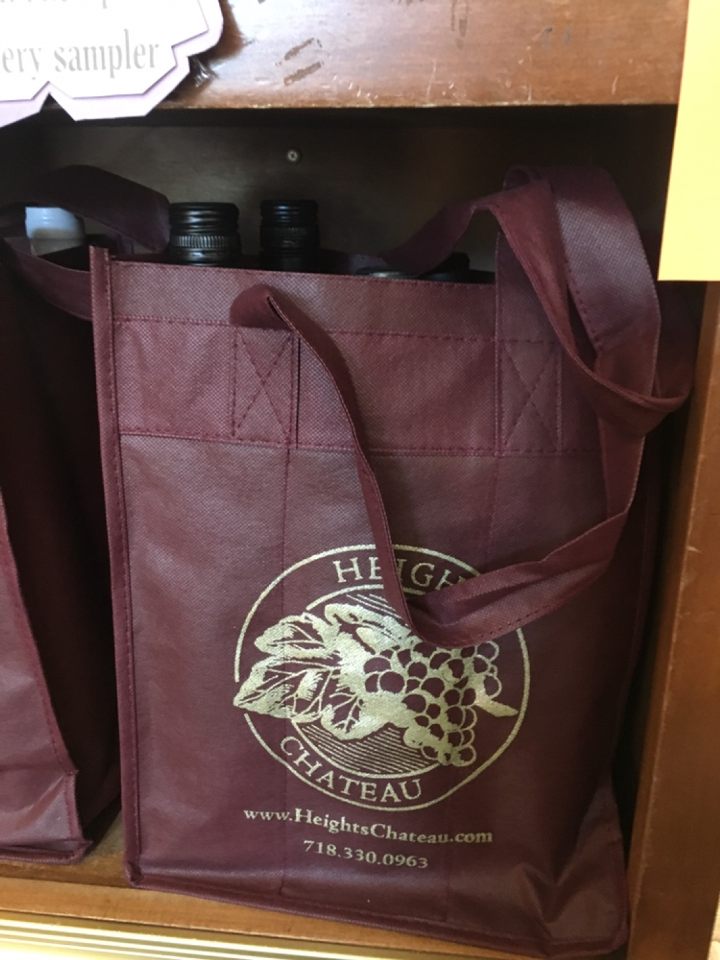 Shelf Talker-  Retail for $20 and is a Nebbiolo Grape Variety from the Langhe Region from Italy. 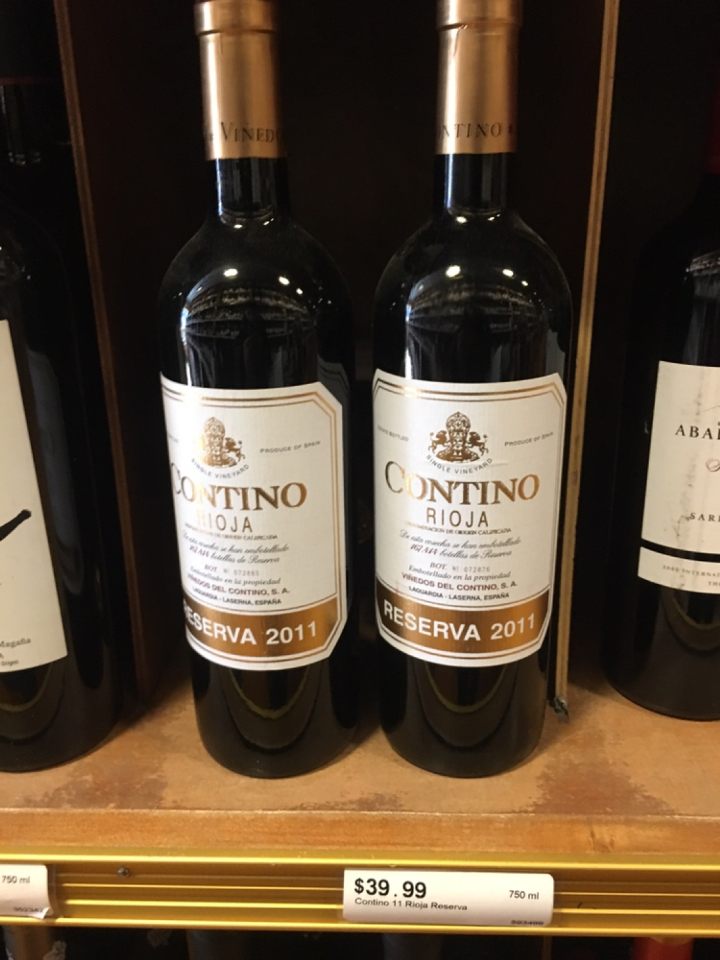 Red Wine from Rioja Region of Spain. Grape variety is Marizuelo retail for $40. 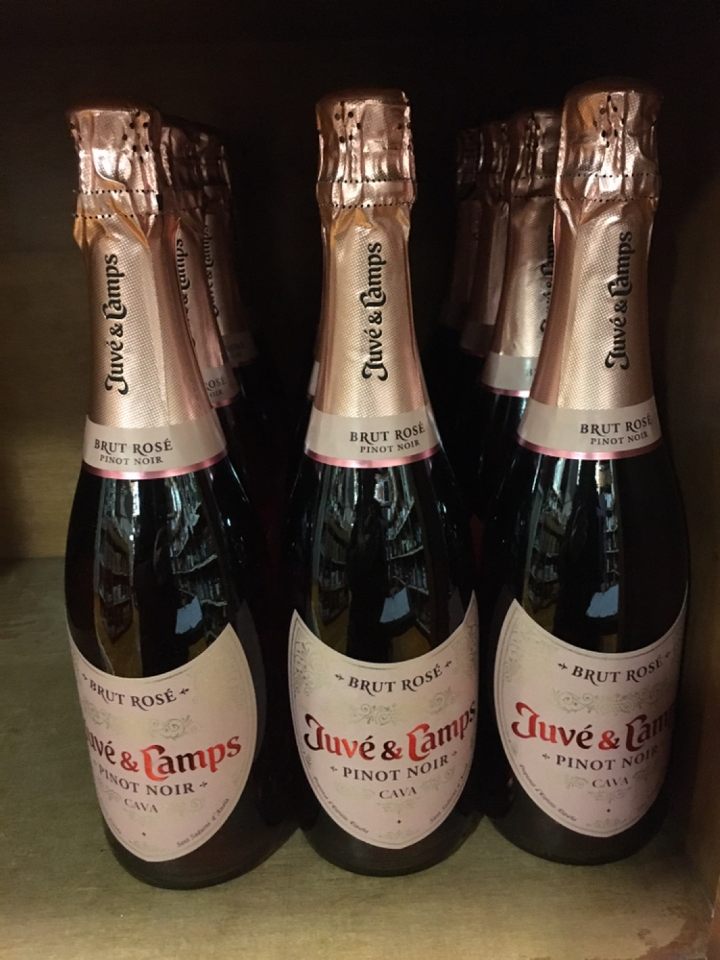 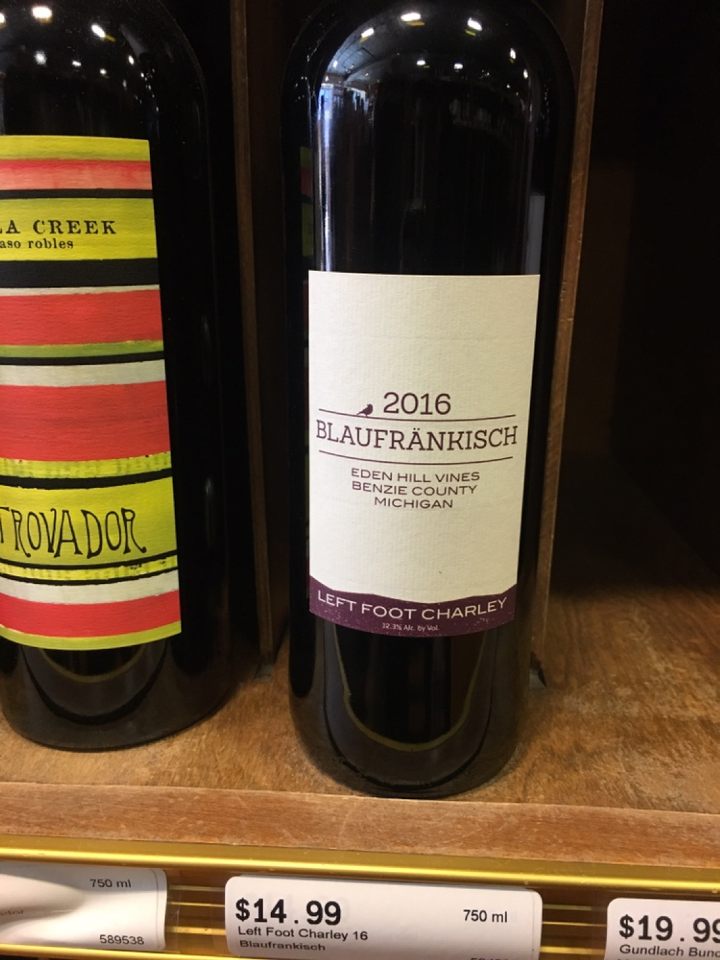 I had no idea that Wine is also made in Michigan. When asked about a wine that I might not know, she sped up her walking and lead me to this wine. Made by a Blaufrankisch Grape Variety from Eden Hill Vines.