At the beginning of Digital Photography class, I thought I wouldn’t be able to take good photographs or be able to handle a camera in the classroom studio. However, I proved myself wrong. I have learned so many things such as how to handle a camera with and without a tripod, set the camera settings, how to think about composition while taking my own photographs, how to work in a studio, and the most important thing-lighting. Although all of my images were taken by my iPhone, I learned that Adobe Bridge, Camera Raw (which I had never heard of)  enhances images to make it look better. My favorite/fun camera exercise we did in the classroom studio was painting with light and motion. That definitely gave me a sense of what the DSLR camera can really do. During my spare time, I will definitely get my hands on a DSLR to recreate that exercise with my close friends. Overall, this course had done its job successfully, thanks to Professor Michals.!

My partner suggested that my pictures should show more sun. I agree with my partner and I also think my photos should be clearer. I feel that my photos doesn’t show much of awful and fantastic then it suppose to. This week, I will find a location that has lots of sun and take photos that tells a story with other objects rather then just taking photos of buildings.

I believe this photo is successful because the smile on her face makes the photo look happy and the lighting focuses on her smile. Also, the flash lights meets right at the beginning of the heart which looks like she never moved the flash lights. 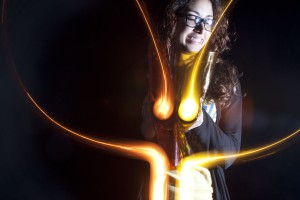 After visiting the Brooklyn Historical Society, I was amazed to see what is being presented in the Greenwood Cemetery. I hoped to see exactly what I saw at BHS and I did. For example, I viewed a pamphlet from the mid 80s’ that carried some drawn photographs of monuments that explains mystery and then relaxation. The drawn photographs expressed the darkness of the cemetery, so I was able to see that during the day as the sun comes and goes. 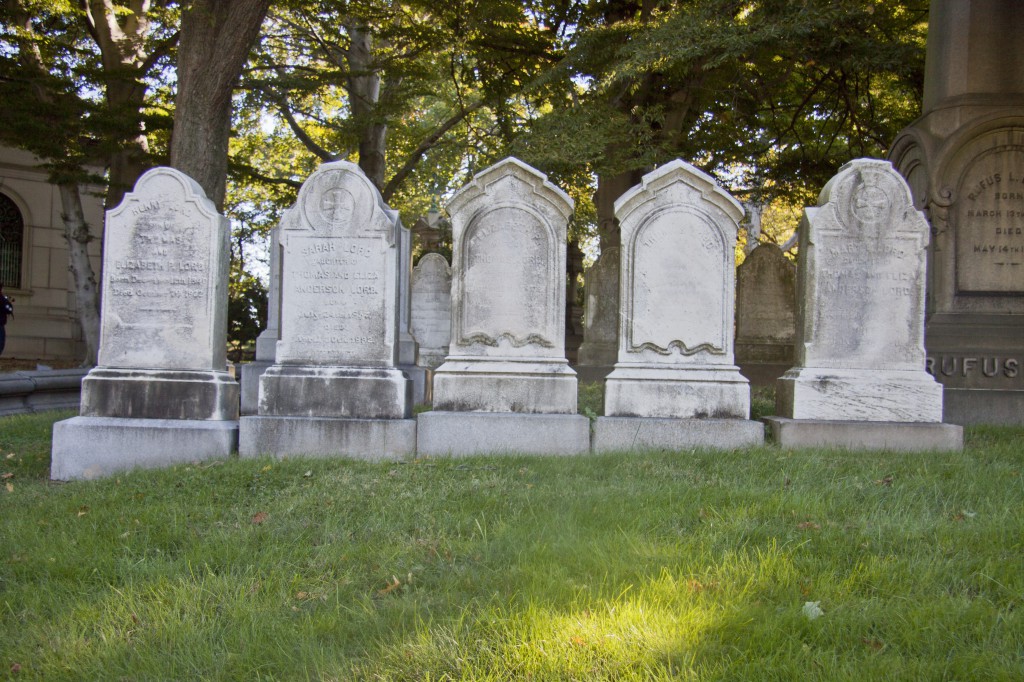 1. What are important factors to consider when shooting a portrait?

The important factors when shooting a portrait are not exposed with too much light. Also, the direction of the lighting.

2. What is the difference between broad and short lighting?

Broad lighting is when the portrait of a face is closest to the camera has more light where as short lighting of the face has the features.

3. In a classic basic portrait set up, what is the function of the main light?

The function of the main light is to have a good amount of light in front of the subject.

4. In a classic basic portrait set up, what is the function of  he fill light?

Fill light adds light to the shadows on the subject.

5. In a classic basic portrait set up, what is the function of the background light? 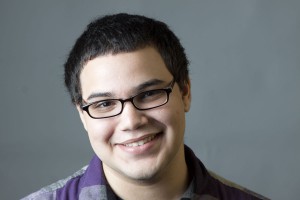 I chose this photo because the shadow is not to much but it has a good amount of light to show the front view of the face. Also, the expression of his face is very relaxed. This was used using the Main Light. 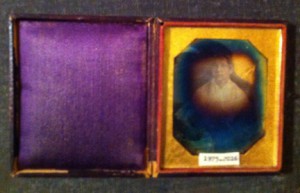 As we went to the Brooklyn Historical Society, I found out the daguerreotype becomes very delicate throughout the years and the images can disappear. We learned that the Daguerreotype is a positive process that is created with a metal plate that was developed over hot mercury until an image is appeared. The Daguerreotype I handled at BHS was a photograph of a woman that was taken in the mid 1970’s. The photograph looks like its fading away but the image was still clear, it also was an inverted colored image. It was very difficult to view the image from far away but to see it clearly I had to view it closely. Between Daguerreotype and Photography taken today, I believe are similar because it’s a long process to make the Daguerreotype and using the cameras today it doesn’t take that long but to get it just perfect it will take some time. Surprisingly, the photograph was very detailed just like the photographs that are taken today. The photograph I have taken this semester is similar to the Daguerreotype, Amelia Farrington. It is not exactly an inverted colored image but my photograph is positive space as shown and it is also very detailed. 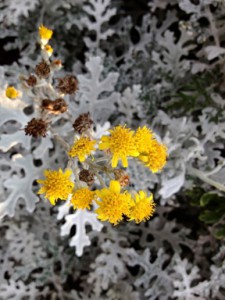 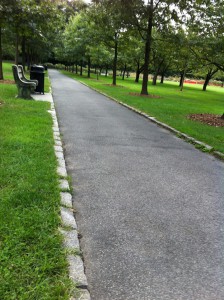 This is my favorite picture because its in a perspective view which towards the camera the pathway is wide apart but further away from the camera the pathway gets smaller. Also, the greenness of the grass and trees are shown very clearly which gives it a nice and clean photograph.  I also like that it gives a sense of emotion; loneliness, darkness and a never ending path. 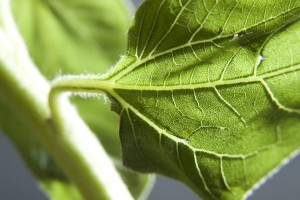 The successful picture is a leaf that is part of a sunflower is the leaf. This leaf is emphasized by its texture, the background is out of focus which makes it unimportant thus the leaf is the purpose of the photograph and this picture is very positive which takes up the whole scene.

Successful picture of a chair 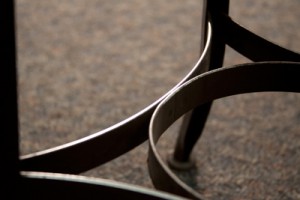 I think this picture is the most successful because the curves that are shown as well as the cropping of the chair. Also, the high contrast  which is the dark versus the brightness. The reason this picture was taken because of the Sidelit where you see the whiteness on the curve of the chair.

Eugene Richards-Stepping  Through the Ashes

For what I can tell, the photographer’s intention was to surround the figure hence the two children below right hand side of the street. Also, the background shows loneliness and the smoke surrounding the area hence the kids with cloth over their mouths.

The light on this photograph is highly emphasized towards the two children. The light is basically hovering over them to show the emotion, purpose or reason of this photograph.

Technical matters have helped this picture because I believe the purpose of the photograph is the two children and the photographer, Richards has caught them very clearly.

Yes, according to this photograph it is very important to have these graphic elements. For example, if there was no perspective, you won’t be able to understand the meaning of the photograph. Also, the tone of this photograph also gives it sense of the feelings the children may be going through.

The photograph reveals full scale affect which are black, white and gray. This photograph is diffused or revealing light which means almost no shadows.

According to this photograph, the photographer took this picture in Black and white which suggests grief and pain.   Also, the background shows loneliness and the children are no longer under parental supervision.

The photograph I chose from Eugene Richards Gallery- Stepping through the Ashes, all the photographs are taken on September 11, 2001 when the terrorists attacked the Twin Towers. It also relates to all taken black and white and it also shows grief, pain and suffering.