As you may know, over the past years there has been a lot of deaths in MTA, but suprisingly over half of them were considered suicides instead of accidental deaths.Suicide by subway is the leading cause of deaths in the MTA —looking at the chart in the next page you can see that mostly half of the deaths over the years were suicides 51 percent of all fatalities, an analysis of three years of MTA data shows.And with 57 percent of all rail deaths in 2013 — 16 of 28 — to suicide.From 2010 to 2012 there were a total of 153 deaths by subway trains — and 78 were believed to be suicides, according to data obtained by ”The Post through a Freedom of Information Act request.  In 2010, almost 69 percent of all subway deaths were suicides, or 35 out of 51 total fatalities”. Not only does subway death happens, but also they cause a lot of train related issues,  Suicides by train have devastating consequences for the victims families, the train company(the MTA to be exact) because examining a dead body and investigating the area leads to train delays which makes people very unhappy, and MTA will receive , staff dealing with the aftermath of such incidents(like calling the police to investigate and see the dead body, then dispose of it, Off topic here but, the MTA has gotten into a controversy where they temporarily put away the dead bodies and dismembered body parts of people killed in subway accidents inside employee break rooms until emergency responders arrive, Which is sorda gross and unsanitary for the workers that spend a while working and then coming to relax only to see a dead body in front of you. You can read more about it here in the end.

I’d like to discuss the issue of train delays. As a everyday passenger who has to rely on the MTA subway system I would expect delays to happen every once in awhile but this is sadly not the case. I would assume since we are in 2019, why do we still have this issue of signal delays? Why are we using equipment from 80 years ago as put by Dan Rivoli in Daily News article. Dan also mentioned that the way trains are track are by people keeping track of a black board with lights that represent each train stop. This sounds so outdated. We have unmanned drones but we still have people looking at a blackboard telling other train conductors whether there is a train ahead of them or not. This would mean that that if one train has an issue it would also affect the other trains behind it, it would cause the trains to move slower so that an accident is prevented. Dan also discusses solutions that you are probably discussing now, He brings up trying to modernize the subway by implementing a new technology called communication based train control. This technology would be installed on the tracks and is less of a hassle to maintain unlike the outdated mechanical switches that have to be manually done. In the article “Meet the Century-Old Technology That Is Causing Your Subway Delays” by Aaron Gordon, he talks about the advantages of the new communication based train control. He mentions that it is the ideal solution for the 21st century and that this train control system is able to automatically correct a trains speed. This would mean that this technology can eliminate human error and lead to a safer commute.

The issue I see with trying to implement this new train control technology would be time and cost. In the article by Dan Rivoli he said “The report estimated it will take the MTA 50 years to fully overhaul its 19th-century-style signal system, if it sticks with updating four miles of track a year”. This would mean that process will take a very long time and definitely inconvenience riders. It’d be a little quicker if the whole subway system was closed to make these changes but these changes would take months or years and people need to go to work. The other issue would be funding. In an article by Jake Offenhartz he said “As for the MTA’s $29.5 billion 2015-2019 Capital Program, Cuomo has so far appropriated around $5.4 billion of a promised $8 billion, while the city has committed $2.5 billion—an unprecedented amount, but $700 million less than the governor originally demanded. Part of the money from that plan will go toward the creation of new signaling systems, while money from the MTA’s general fund is used to maintain existing infrastructure. Earlier this year, the governor slashed the state’s contribution to the MTA operating budget by $65 million—a 21 percent cut, down to $244 million from $309 million last year”. This would mean that not all the funds can be spent solely on upgrading the subway system. Also there seems to be a budget cut to the MTA, why is that the case? This just keeps the MTA system from getting improved.

If I may, I’d like to recommend the time from 11:30am-5:30am you can have workings implementing the new CBTC system. This may put some riders in a predicament of traveling but that time are odd hours where there are not a lot of riders. They will have to deal with those changes so that the future of the subway may be improved for the rest of the riders who take it in New York City. 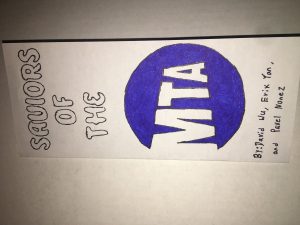 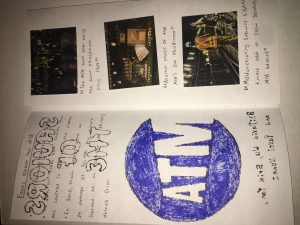 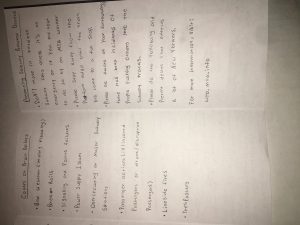 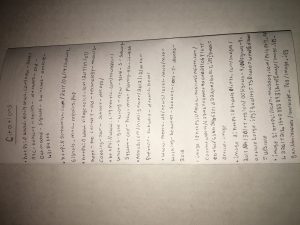 On the other article The MTA has came up with an effective solution for combating the amount of people that jumped on the tracks of the train by the installation of platform screen doors, which are common in European cities and Asian cities. Aside from preventing people from falling or jumping onto the tracks, having a barrier between the platform and the tracks keeps stations cleaner(so nobody throws trash), reduces fires caused by garbage on the tracks(which causes delays, and allows for air-conditioned platforms. But unfortunately for the MTA, there isn’t enough money to fund this idea because its out of their yearly income and honestly why install this to protect 0.2 percent of the people that are crazy enough to go in the tracks and kill themselves.

Also on another group members article I learned Most trains on the New York City Subway are manually operated. The  signal system currently uses Automatic Block Signaling, with fixed wayside signals and automatic train stops. Many portions of the signaling system were installed between the 1930s and 1960s. The age of the subway system shows that many replacement parts are unavailable from today’s signal suppliers and must be custom built for the New York City Transit Authority, which  obviously operates the subway. Additionally, some subway lines have reached their train capacity limits and cannot operate extra trains in the current system to avoid even further delays. They could try upgrading this but the again, that requires a lot of money which the MTA doesn’t have despite earning billions each year, which is a similar problem on the research above.

I found 3 articles discussing the signals used for the trains by the MTA. The first article I found was from nydailynews.com and I found that the MTA subway system is using signals and switches from 80 years ago. In the article, they talk about how the MTA replace and repair the old components used for the train signals. They have not yet upgraded to something more modern. The article also brings up the cables in the tunnels are covered in 70 year old cloth which can have the problems of catching fire and water damage. The train dispatchers had to manually write down when the train entered the station. The way it is displayed is on a blackboard with small lights to represent each station. These are too outdated for today’s modern technology.

The second article I found was from Gothamist.com and I found that the MTA is in need of funds. They said the signal upgrade for the 7 line was originally estimated to cost $140.1 million but it actually cost $405.7 million. They discuss more about how MTA still needs a lot more money to upgrade it ancient subway system.

The third article I found was from villagevoice.com and I found that they talk about the history of the signals used by the trains. The subway signals we are using now is called a fixed block system. Each signal shows the status of the track. They said it is a system that works but if something goes wrong, it really bad. The article also talks about how the fixed block signal doesn’t really tell the train operator much information besides that the rail is blocked or not. Without any more information than that, train operators cannot really do much but play the safe game. They cannot go faster because they may hit another train which is not a good thing. This train signal issue also kind of creates the overcrowding issue because there may not be enough trains. Whatever trains are at the platform will get filled to the brim and become overcrowded too.

Hey everyone! For Tuesday, please post your research memo on OpenLab and also bring in a copy for EACH MEMBER OF YOUR GROUP.

The research memo is just 1.5-2 pages in which you summarize what you learned in your research. I’m not grading you on grammar or anything. Remember! Extra credit for groups that have interviews in their research.

For the memo please click two categories: “Community Problems” AND your group’s category