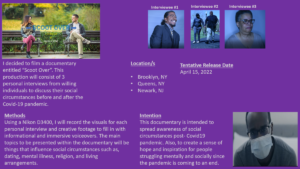 After watching Simulation: Cybernetics & System Thinking with Paul Pangaro, I gained a better understanding of cybernetics in correlation with the functionality of a system.  Paul compared cybernetic creation to the everyday  biological systems through past analyzations and theories surrounded by the effects of using systems to reach goals in society.

Using C# coding through Visual Studio & Unity, I created a system that would have my player detect an object, pick it up, and drop it in another location on the terrain.  Below is the process to make this concept work: 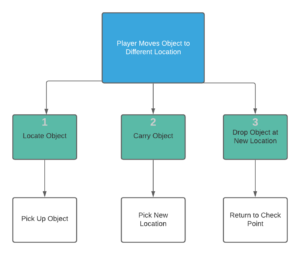 For this assignment we were ask to build a terrain with player movement throughout it.  I decided to make my terrain resemble a camping forest/park while my player is simply a red pick-up truck. I used a Unity tool called Cinemachine in order to create a 3rd person view with the camera focusing and centering  on the player.  The camera’s 3rd person range of view  can be controlled by mouse movement to toggle between the y and x axis’s. 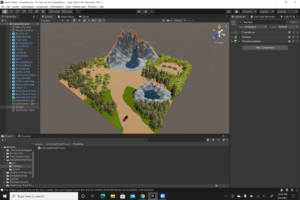 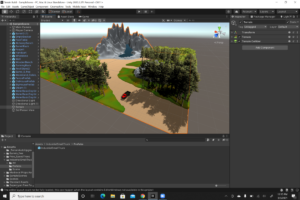 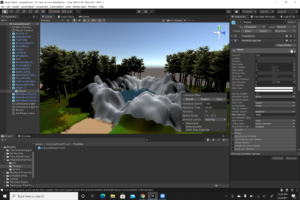 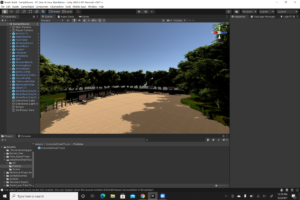 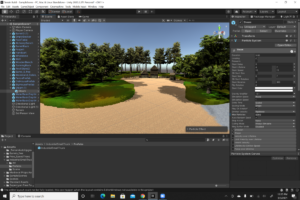 This semester I am comprehending that my Interactive Media professor wants the class to be open minded when it comes to learning during his lectures. He introduced us to a learning theory formulated by Jacques Ranciere in a commentary  entitled “The Ignorant Schoolmaster: Emancipation and Education”.

Ranciere’s observations of the relationship  between student and teacher has caused him to conclude that teacher’s maybe hindering students personal educational enhancement. This commentary explained how Ranciere observed that teachers were assuming that most students didn’t know the information being taught because they were merely students. Ranciere took this into consideration and concluded that hierarchy could possibly play a role in the teacher’s assumptions. He believed that teachers would use their role to justify that a student wouldn’t be able to  explain  the subject they are teaching because they are not the ones initially sharing the information but the ones posing questions to gain knowledge. This mindset from the teacher led Ranciere to believe students were being deprived from further exploring untaught knowledge personally discovered.

After reading a portion of this commentary,  I have to concur with Jacques Ranciere regarding his outlook on teacher and student educational relations. I have personally dealt with a college professor who abruptly dismissed knowledge I have researched and discovered about the subject of the class because they hadn’t discovered or mentally digested it. Years later the information I researched became normal and acknowledged by many. Learning should be considered a bias free experienced with few limitations when it comes to obtaining knowledge and logic.

This assignment challenged us to visualize our favorite book’s, album’s, or movie’s  posters and/or covers as we personally imagined them to look.  Using  Photoshop, we were asked to re-create our favorite book, album, or movie cover/poster.

One of my favorite books turned movie is Alice Walker’s “The Color Purple”.

I decided to create a poster/book cover that incorporated this titles movie poster and book cover concept into one.

I use the gradient tool to create a background the blends the primary  colors red and blue and caused a bright purple tint to appear in the middle.

I created a silhouette of the main character that is displayed in the movie poster and centered it between the title and the author’s name. I also decided to put the  supporting lead actor and actress

into the background using a blend mode. The reason for incorporating the supporting lead actor and actress in the red and  blue sides of the gradient background was to give an idea of the importance of their presence in the main character’s life.  The purple tint that the two sides created symbolizes the message and the theme of both the book and movie. 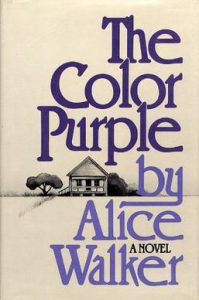 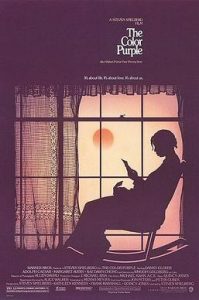 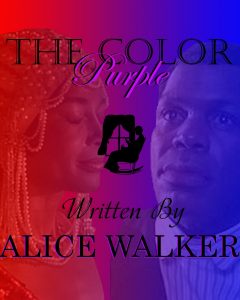 We began to learn how to restore old and weathered photos using unique editing tools in Photoshop.  For project 5, we were asked to restore an old photo using editing tools such as the healing brush, the spot healer, the dodge tool, and the burn tool. 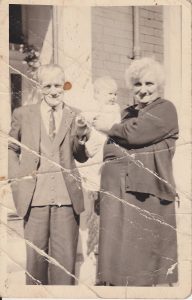 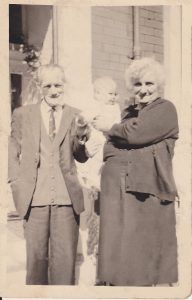 For the fourth project of the semester, we were instructed to use Adobe Photoshop.  Even though Adobe Photoshop and Illustrator are similar programs,  Photoshop only creates pixel images rather than vector. The objective for this project was to utilize some of the basic editing tools such as the lasso tool, the quick selection tool, and the paint brush tool.  We were asked to create 3 pictures; one that was abstract, one that depicted “small” and “large”, and one that represented old and new.

For my abstract picture, I chose to create a “tree lady” using the quick selection tool to piece together her body including her head and hair. I used the lasso tool to remove unwanted pixels from the outer lining of the large objects thatI used to create her body, hair and the background. 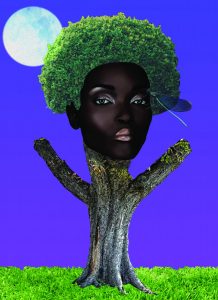 In order to give an illusion of “big” and “small”, I created an image of a normal size man seeming as if he is about to be grabbed by a giant.  For this, I used the same tactics that I used in the abstract image to create the man and the giant’s hand. I also used the paintbrush tool while managing the opacity setting to create shadows that reflect off of the brick wall  background. 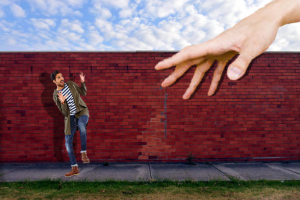 I was inspired by a futuristic aesthetic for the creation of my old and new image. I used the same tactics as both the abstract and big/small images. I used a cut out image of a DeLorean and a Lamborghini to represent old and new. I also used cut out images for the road, portal, and road sign. I inserted text into the road signs and created shadows for all cut out objects. 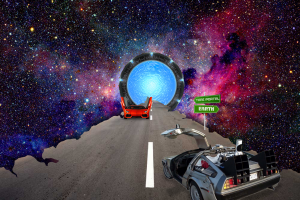 Our third project for the semester challenged us to use  text in Adobe illustrator.  We had to master using the text tool while utilizing color swatches and warp effects.

The theme for the project was to create a business card with a personalized business aesthetic. Once I mastered the tools used in previous projects, completing this project was pretty easy.

I decided to create a business aesthetic that of a real estate agency dedicated to retirees. 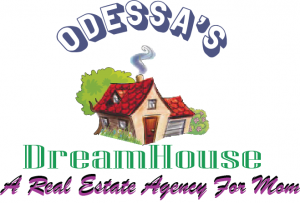 I am an a enthusiastic Emerging Media Tech. student hoping to establish a sense of mastery when it comes to the technicalities of the media and entertainment industry.