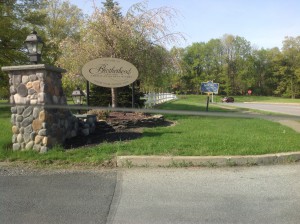 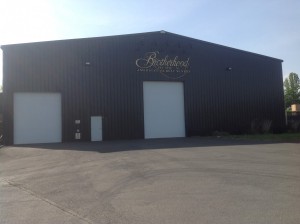 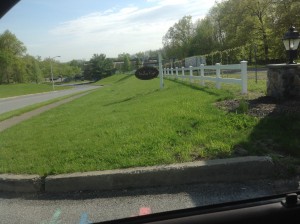 Brotherhood winery has a very rich history of wine production which encompasses the history of wine production in America and about four eras of ownership. The history dates back to 1810 when Jean Jacques a French Huguenot bought land in Hudson Valley and planted grapes. Mr. Jacques original intent and interest was to be a farmer, and he raised money to buy his first land by working as a shoes and boot maker. In 1839 his first vintage wine was fermented in underground cellars that were dug then and they are still in use today. Mr. Jacques produced wine for almost 50 years until 1886 when he sold the winery to Emerson. 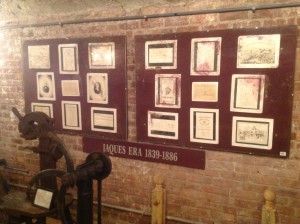 Emerson was a merchant vintner who bought Mr. Jaques high quality wine to blend and improve wine from The Brotherhood of new life organization. It is the Emerson family that renamed the winery Brotherhood winery after acquiring ownership a name that stands up to date.The Emerson family operated until 1921 when the prohibition began and sold the winery to Louis Farrell with its large stock of sacramental wines. 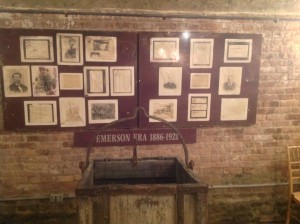 As a condition of purchase Mr. Louis Farrell asked for exemption from the government to continue production of altar wine. It is this exemption that enabled the Brotherhood winery to survive the prohibition and continue grape growing and wine production when wineries across America were closed down and vineyards uprooted. During the prohibition which I learnt is called “the coming of the drought” by wine makers the number of clergy in Washingtonville greatly increased as the winery was legally allowed to produce and sell altar wine.. The Farrell family are credited in introducing the concept of tours to wineries when they realized the great potential of the winery proximity to New York and its unique underground dugout cellars, and started organizing tours of wine tasting, and the winery. Mr Cesar Baeza from Chile is the current owner with partnership of two wine making families, Castro and Chadwick having bought the winery from 1987. 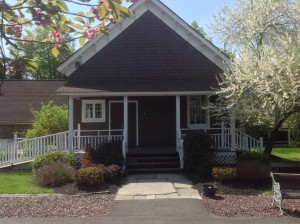 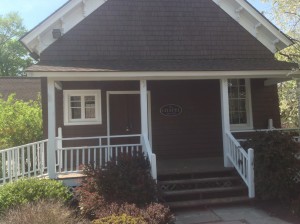 The Presbyterian Chapel has an interesting part in the history of Brotherhood winery because it was one of the main buyer of wine between the year 1859 -1887 when the market prices fell and Mr Jacques opted to concentrate on Altar wines rather than close down. 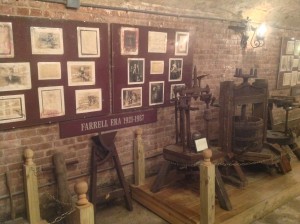 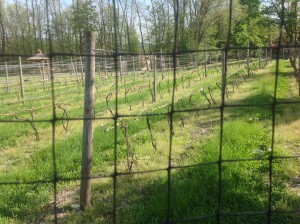 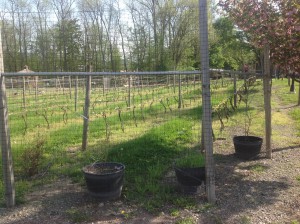 The winery doesn’t have any vineyard on the property except a few lines of the varieties(Robrusca, Concord, Chardonnay, Niagra and Cabernet blanc) they grow in their eighty hectares of land in Catskill/Hudson valley. And a few lines of a new clone they are developing with an agricultural institute. Most of the grapes used are bought in North folk, Finger Lakes and Long Island, I.e. Pinot noir, Chardonnay, Merlot and Cabernet Sauvignon. Budding of the vines starts in June and harvest takes place in September, latest early October.

The winery uses  stainless steel and oak barrels. Huge casks that can hold up to 700 gallons of wine are no longer in use, they now use small barrels that hold 50 gallons. They use both French Oak and American Oak. French oak is used for the soft flavors like vanilla, fruity and toasted almonds, whereas American oak is for the heavier flavor like chocolate and tobacco. White wines are made in the stainless steel because it doesn’t change flavors and makes the wine crispy. Wine is tasted once a fortnight as it ages until the winemaker obtains the flavors desired. How light or heavy the barrels are charred, the length of time, transfer from one barrel to the other and yeast contributes to flavors. Below are the underground cellars starting with the casks and the current barrels in use barrels in use. 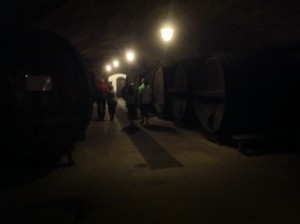 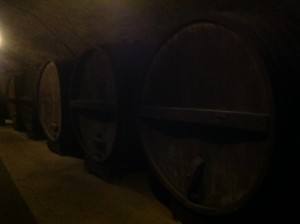 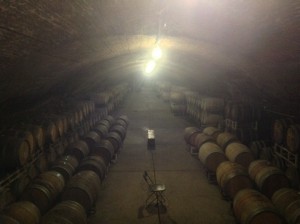 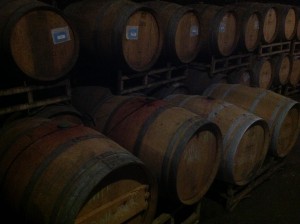 Brut Champagne in riddling palettes going through the process of Methode Champenoise. 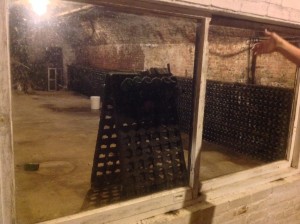 Bottling is done in the winery and they use three different types of caps. They use the traditional cork which is associated with premium and expensive wines by most people, and synthetic corks.The third  type of cork is screw cap to which some people associate with cheap wines. The winery also does bottling for other small wineries or individual people. They also offer individual or custom made bottling, corking and labeling  for special events and social occasions like graduations and weddings.

The winery makes and sells thirty two different kinds of wines. Most of the consumers are in the state of New York, New Jersey and Connecticut. They sell online and ship to all states in America except in States prohibited by law. It was interesting to learn that there are states that legislate against their sale of wine; there weren’t more details offered as to why. Among the traditional wines they make is NY Red, NY rose, NY White. In Specialty wines they have, May Wine, Rosario, Holiday, Sweet Lolly Red, Sweet Lolly White, Carroll’s Mead and Sheba Te’j. In Dessert wines is Ruby and Cream Sherry. The premium red wines are Pinot Noir, Merlot, and Cabernet Sauvignon. Premium White Varietals are Chardonnay, Riesling, Dry Riesling and white Zinfandel. The Sparkling wines are “B” Sparkling, Blanc de Blancs, Carpe diem, Grand Mornaque, NY Sparkling and Saphir Rose. Below are the wines available for sale and their prices. Riesling is the top selling wine followed by Pinot Noir, Carpe Diem and Blanc de Blanc. 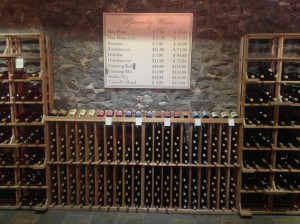 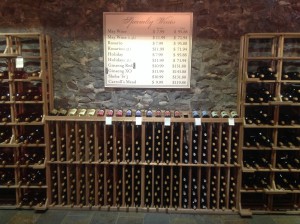 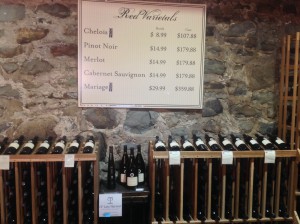 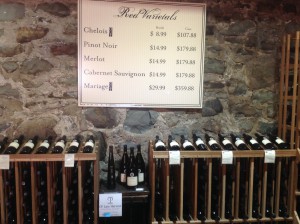 The winery offers tasting at a fee of $5.00 dollars and $10 dollars for tour, tasting and a souvenir glass of wine. There are 10 wines available for tasting but one choses five out of the ten. I chose Riesling, Pinot Noir, Blanc de Blancs, Sweet Lolly White and Ruby Port. I liked the Blanc de Blanc which pair well with cheeses and as an appetizer. made from 100% chardonnay it was crisp and  fruity. Though port had a higher alcohol content, I liked the balance between the sweet and alcoholic taste. Sweet Lolly White was spicy and had a long finish, it pairs well with spicy food, Indian, Mexican and Sushi. Sweet Lolly White was a favorite of President Clinton administration after it won a during a contest at the White House. Pinot Noir was tannic and oaky and was recommended for anything especially when one is unsure of which wine to pair with.

According to Ms. Janet who was our tour guide there is more inclination to sweeter wines rather than the tannic and strong flavors. On the global wine market USA is the leading consumer of wine from 2011, but she observed that China is quickly catching up.

It was an eye opening and educative tour that left me curious and interested in more knowledge in viticulture and oenology. Ms. Janet and Mr. Kevin whom  I interacted with most were both professional and knowledgeable in the wine industry and the operation of the Brotherhood winery.