Back to INTERSECTIONS 2013 Event Page 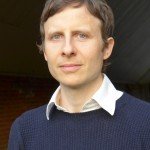 Founder and Principal
The Living

David Benjamin is Founder and Principal of The Living and Director of the Living Architecture Lab at Columbia University.
The Living creates full-scale, functioning prototypes of the architecture of the future. Clients and collaborators include the City of New York, Seoul Municipal Government, Airbus, Nike, 2×4, Kanye West, Natalie Jeremijenko, Eyebeam Center for Art and Technology, and Build It Green. Recent projects include Living City (a platform for buildings to talk to one another), Amphibious Architecture (a cloud of light above the East River that changes color according to water quality), and Architecture Bio-synthesis (a new process for bio-computation and bacterial manufacturing of high-performance building materials through synthetic biology).

Work by the firm has won the Young Architects Prize from the Architectural League (U.S.), the New Practices Award from the American Institute of Architects, the Architect Magazine R+D Award, an Ars Electronica Award (Austria), a FILE Prix Lux (Brazil), and a Future Everything Prize (U.K.). It has been featured at the Chicago Museum of Science, Copenhagen’s Innovation Lab, Eyebeam Center for Art and Technology, the New York Hall of Science, the Hong Kong Shenzhen Biennale, the Gwnangju Biennale, and the Venice Biennale. It is also part of the permanent collection of the Nevada Museum of Art. 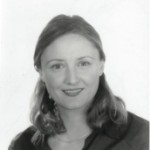 Anna Dyson teaches design, technology, and theory at the School of Architecture at Rensselaer. She is the director of The Center for Architecture, Science and Ecology (CASE) which hosts the Graduate Program in Architectural Sciences, concentration is Built Ecologies. She has worked as a design architect and product designer in several offices in Canada, Europe, and the United States. Her work has been exhibited in the MoMA Young Architects Series, and was a finalist in the international Next Generation Design Competition.

Dyson received a Baccalauréat Général from Université Laval and a Master of Architecture from Yale University. 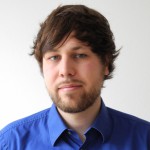 Michael received his PhD in Computer Science from ETH Zurich, where he became the mastermind of the paneling algorithm used for computing cost-optimized panelizations of freeform surfaces. Michael joined Evolute in July 2010 and strengthens the team as a project manager, developer, and researcher. 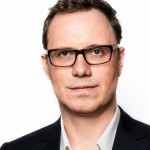 Hauke Jungjohann is the director of Knippers Helbig’s New York office and is responsible for the design of complex structures and facades with a focus on parametric modeling, form finding and new materials. Mr. Jungjohann is a frequent guest critic at universities such as MIT, Columbia University and others. He studied structural engineering at the Technical University of Braunschweig and at Georgia Tech as a Fulbright scholar as well as architecture at the ETH Zurich. 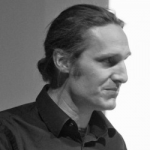 Axel Kilian is an Assistant Professor at the Princeton University School of Architecture.  He previously taught Computational Design at TU Delft and at the Department of Architecture at MIT. In 2006 he completed a PhD in Computation at MIT on design exploration. Mr. Kilian has lectured widely and published extensively in technical journals.  His most recent publications include Architectural Geometry (Exton, PA: Bentley Institute Press, 2007), a textbook developed with Prof. H. Pottmann, Chair of Computational Geometry at TU Vienna; as well as numerous articles in lASS Journal, 306090, Caadria, and IJAC. 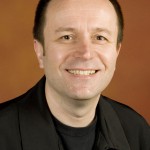 Professor and Chair in Integrated Design
University of Calgary

Branko Kolarevic is Associate Dean (Academic) and Professor of Architecture at the University of Calgary Faculty of Environmental Design, where he also holds the Chair in Integrated Design and co-directs the Laboratory for Integrative Design (LID). He has taught architecture at several universities in North America and Asia and has lectured worldwide on the use of digital technologies in design and production. He has authored, edited or co-edited several books, including “Manufacturing Material Effects” (with Kevin Klinger), “Performative Architecture” (with Ali Malkawi) and “Architecture in the Digital Age.” He holds doctoral and master’s degrees in design from Harvard University and a diploma engineer in architecture degree from the University of Belgrade. 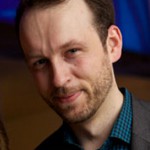 Aleksey Lukyanov-Cherny was born in Kiev, Ukraine and moved to Brooklyn at age ten. Influenced by a family of architects, military pilots, and fashion designers, he naturally gravitated towards design, materials, and technology. He attended Stuyvesant High School and earned his B.Arch from Cooper Union School of Architecture in New York City. He has served as a guest critic at the Harvard Graduate School of Design and New York Institute of Technology, and lecturer on Building Technologies at the Cooper Union and Parsons School of Design. 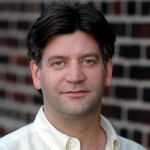 Michael joined Buro Happold in 2008 as a principal in the New York office. Prior to joining the firm, he had a long history of collaboration with Buro Happold, including the Genzyme Headquarters in Cambridge, M.A., which earned Platinum LEED certification. A mechanical engineer, he earned his Bachelor of Science in mechanical engineering at Columbia University in New York.

At Buro Happold, Michael is working on an expanded array of complex international projects in the United Arab Emirates, Turkey, Libya, and Saudi Arabia as well as projects closer to home in North America. He is especially interested in computer modeling and sustainable practices in architecture and engineering and specializes in the education, hospitality and commercial markets.

In addition to his practice as an engineer, Michael has long maintained an active connection to education, teaching at institutions such as Parsons School of Design and the Columbia University School of Engineering & Applied Science. Michael is a member of the Mechanical Engineering Department “External Advisory Board” at Columbia University and also co-authored an abstract “Energy Dynamics of Green Buildings, an Alternative to the Traditional Heating, Ventilating and Air Conditioning Course,” in the ASME International Mechanical Engineering Congress and Exposition, Innovative Curricula category (Fall, 2009).

From 1988 to 2008, Michael worked at Laszlo Bodak Engineer, P.C. in New York, where he eventually became Vice President and Mechanical Engineering Department head. He also served as Managing Director for LBE International, Ltd., the firm’s international base in Budapest for projects located in Central Europe, including locations such as Hungary, Romania, the Czech Republic, and the Republic of Georgia. 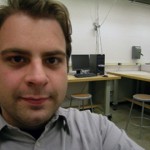 Neil Meredith is currently a consultant at the New York office of Gehry Technologies. Recent projects include the Burj Khalifa (formerly Burj Dubai) lobby ceiling design and fabrication with SOM and the YAS Island Hotel Gridshell with Asymptote architects. Prior to GT Neil worked for the facade consulting office Front. He is a founding partner of the design and fabrication studio Sheet.

In the Spring 2010 term Neil was part of the C-BIP studio teaching team at Columbia University GSAPP. He is also a former lecturer in Architecture of the University of Michigan where he operated the schools Digital Fabrication Lab and taught in the areas of design, construction and fabrication. Research in to ceramic building materials undertaken at the European Ceramic Workcentre (.ekwc) has been published in Loose Fit: Experimental Ceramic Building Materials, as well as Transmaterial 3 and is part of the materials database at Material ConneXion. The project won in the furniture category for the 2009 ID Magazine Annual Design Review and is currently being developed as a product. 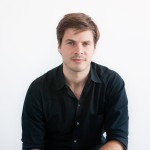 As founding partner and Director of Project Consulting Services at CASE, Federico Negro is primarily responsible for leading the efforts on the latter stages of the building design, fabrication and construction processes for long-term building life cycle management. With an emphasis on sustainable design and technology strategies, he utilizes his experience in project management and expertise of 3D software applications to promote efficient design-build practices for AECO clients. Significant projects include The Louisiana State Museum and Sports Hall of Fame in Louisiana and The Commonwealth Institute (Parabola) in London. Federico received his Master of Architecture from Parsons School of Constructed Environments and has presented case studies at conferences such as KA Connect and BIMForum. 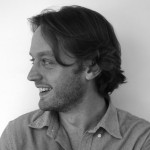 Dave Rife is an Acoustic Consultant at Arup. Educated with a background in physics, mathematics and music, he is also involved in a broad spectrum of initiatives involving sound in the built environment – from arts and culture to sport, transport to residential, urban design to multimedia art works and installations, with many of the world’s highest profile architecture and design practices and artists.

Within the Acoustics Group at Arup, Dave has developed tools to create accurate audio and visual renderings of 3D space, allowing designers to see and listen to buildings and multi-media installations before they are built in the Arup SoundLab, a tool that has fundamentally changed the role acoustics plays in the design process. He has also created parametric and optimization tools related to efficiently searching solution spaces within the realm of architectural acoustics. 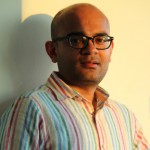 Pratik is the project leader at Transsolar’s New York office. Through his interdisciplinary knowledge, engineering curiosity, and appreciation for architectural vision, Pratik consistently seeks to find optimum synergy between engineering solutions and architectural design, resulting in highly comfortable indoor and outdoor environments with little to no impact on the natural environment. The concept validation includes extensive daylight, energy, dynamic thermal simulation, and computational fluid dynamic studies. He has been a vital member of the integrated consortiums responsible for many nationally and internationally renowned projects.

Pratik is frequently invited to speak at international conferences and symposia, and as an architecture studio critic at the University of Pennsylvania and the Columbia University. 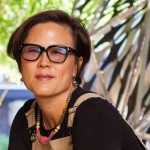 After receiving her B.A. at Princeton University and M.Arch. at Columbia University, Doris Sung worked in various offices in cities across the U.S. before arriving in Los Angeles in 2001. She developed her research focus while teaching at University of Southern California (USC), the Southern California Institute of Architecture (SCI-Arc), University of Colorado and the Catholic University of America. In 1999, she opened her office, DOSU Studio Architecture, and soon received many AIA and ASID awards for her work, including the prestigious accolades of AIA Young-Designer-of-the-Year, ACSA Faculty Design Award, R+D Honorable Mention from Architect Magazine, Spark! Award and a [next idea] award from ARS Electronica. Professor Sung holds several patents for her work with bimetals and has developed multiple lines of research for prototyping, for demonstration and for manufacturing. Her work has been funded by the national AIA Upjohn Initiative, Arnold W. Brunner Grant, Graham Foundation Grant, Architectural Guild Award and USC ASHSS and URAP Awards. Her TEDx talk was aired as talk-of-the-day in October on Ted.com. 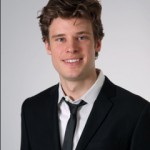 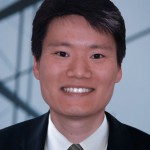 Ken is a Project Manager and the head of the building structural engineering team at Werner Sobek New York. Ken joined Werner Sobek in 2009 after more than 8 year of experience with the structural engineering firm Thornton Tomassetti. He has completed a wide range of projects from highrises to hospitals spanning the globe from New York City to Seoul. Ken is a registered Professional Engineer in the states of New York, California, and Illinois, and he is an active member of the Structural Engineers Association of New York and the American Institute of Steel Construction. He holds a Masters Degree in Structural Engineering from the Massachusetts Institute of Technology and a Bachelors Degree in Architectural Engineering from Cal-Poly State University in San Luis Obispo, California.