Back to INTERSECTIONS 2015 Event Page 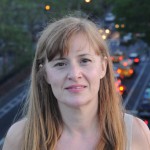 Maria Aiolova is an educator, architect and urban designer in New York City. Her work is focused on the theory, science and application of ecological design. She is a Co-Founder of Terreform ONE. In 2013, Maria was appointed Academic Director of Global Architecture and Design of CIEE (Council on International Educational Exchange). Presently, Maria chairs the ONE Lab NY School for Design and Science and the One Prize Design and Science Award. She is an institutional adviser to New Lab at the Brooklyn Navy Yard. She won the 2013 AIA NY Award for Urban Design. Maria is currently a visiting faculty at University of Applied Arts Vienna.

Most recently, she taught at Pratt Institute and Parsons the New School for Design. Maria has been a visiting lecturer and critic at Harvard GSD, Columbia University, Cornell University, CUNY, Washington University, The Cooper Union, University of Toronto and Rhode Island School of Design. Formerly, she served as Vice President and Chief Scientific Officer of ETEX Corporation, a bio-tech company in Cambridge, MA. Maria is an inventor, who holds 18 technology patents. She was the winner of the Victor J. Papanek Social Design Award sponsored by the University of Applied Arts Vienna, the Austrian Cultural Forum, and the Museum of Arts and Design in 2011. Maria has won a number of design competitions including first place in the CHARLES/MGH Station, Boston, and the Izmir Post District International Competition, Turkey. She also won the Zumtobel Group Award for Sustainability and Humanity and the Build Boston Award. Maria received her M.Arch. in Urban Design from Harvard University, B.Arch. from Wentworth IT with Honors, Dipl.-Ing. from the Technical University of Vienna, Austria and Sofia, Bulgaria. 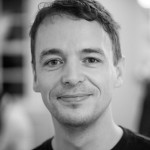 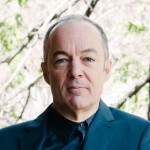 As a contribution to the DOE Energy-Efficient Building HUB, he organized a series of symposiums on Architecture and Energy (www.architectureandenergy.com). The first on Performance and Style is now available as a book and the second and third will be combined in a book called Energy Accounts: Architectural Representations of Energy, Climate, and the Future (2016). In 2006 he published a book called Rethinking Technology: A Reader in Architectural Theory, and has just completed Architecture and Systems Ecology: Thermodynamic Principles for Environmental Building Design (2015).

Joachim Gossmann, PhD, is an audiocentric media researcher interested in the connections of science, philosophy and the creative practice. He holds a Tonmeister degree from UdK Berlin, an MFA in Composition/New Media from the California Institute of the Arts, and most recently a PhD in Computer Music form the University of California, San Diego.

He has contributed to installations and productions in the area of Virtual and Augmented Reality, auditory data display and electroacoustic and classical Music and in a wide variety of different projects and contributing roles while being employed at Fraunhofer IMK in Bonn, the Center for Arts and Media in Karlsruhe and the Californian Institute for Telecommunication CalIT2 in San Diego. Currently, Joachim works as a software engineer for DTS, Inc. and supports the development of emergent object-based audio formats in Los Gatos, CA. 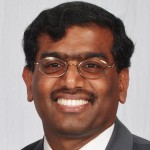 Krishnan Gowri is a product owner and subject matter expert with more than twenty five years of experience in building science, energy simulation and software development. Prior to joining Autodesk, Krishnan was a Senior Research Engineer at the Pacific Northwest National Laboratory where he led the Building Energy Codes software development team and Targeted E4 (Energy Efficiency Expert Evaluation) team. Krishnan graduated with his Masters and Doctoral degrees in Building Engineering from the Centre for Building Studies of Concordia University, Montreal, Que. 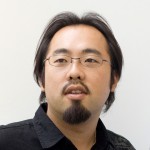 Toru Hasegawa has focused on teaching, research and architecture in New York City and Tokyo since 2006. Toru is currently a Co-director of Columbia GSAPP’s Cloud Lab and a Co-creator of The Morpholio Project, researching the ways in which the proliferation of device culture, the development of the cloud, and the ubiquity of social networking, are collectively shaping the creative process. Toru is also an adjunct assistant faculty member at the Columbia University GSAPP where he teaches advanced design studios and seminars on building construction technology and spatial computing. In addition, along with Mark Collins, Toru is a Co-founder of Proxy which explores potentials within the computational paradigm for a range of clients and institutions, providing expertise in both design and realization. Morpholio seeks to create a new platform for presentation, dialogue, and collaboration relevant to all designers, artists and members of any image driven culture advancing the ways that we discuss, debate, and critique our work with a global community. 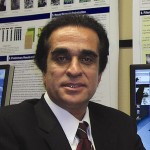 Dr. Khanbilvardi has served as a principal, co-principal investigator and co-investigator on many research grants totaling more than $43M, sponsored by various agencies like NOAA, NASA, NSF, USAID, US Department of Education, NYC Department of Environmental Protection, New York State Energy Research and Development Authority and others. Dr. Khanbilvardi visited various countries around the world to attend many conferences and workshops, and has more than 200 national and international level publications to his credit and also published 5 books as an Editor. Dr. Khanbilvardi is also a member of various professional organizations and societies like ASCE, AGU, IEEE Geoscience and Remote Sensing Society, International Water Research Association; American Water Resources Association and National Ground Water Association and others. Dr. Khanbilvardi convened and chaired more than 15 conferences mostly at national level with nearly 200 to 400 participants. He also has several years of experience of chairing national and international conferences of high reputation and prestige. 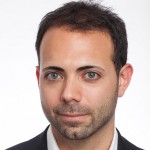 Justin Marks, CDT is recognized as one of the leading authorities worldwide on flexible partial dentures and 3D visualization and manufacturing techniques for the dental industry. An accomplished dental technician, educator and the owner of Master-Touch Dental Lab in New York, Justin has lectured and taught dental technology courses in more thant 40 countries around the world including the U.S.A., Canada, U.K., Germany, Italy, South Africa, India and China. Justin is a pioneer in the field of digital dentures and since 2008, he has dedicated most of his career to applying computer aided design and 3D Printing technologies to the removable prosthodontics field. 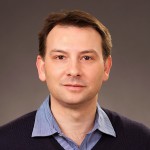 Bijan Pesaran, PhD, is an Associate Professor in New York University’s Center for Neural Science and is affiliated with the Psychology Department and the newly-formed Center for Data Science at NYU. Research in his lab seeks to unravel the neural mechanisms of sensory-motor representations guiding decisions and action in humans and non-human primates. Work on basic neural mechanisms is complemented by efforts to engineering novel large-scale neural technologies and neural prosthetic devices. Bijan earned an undergraduate degree in Physics at the University of Cambridge, UK and a PhD In Physics at the California Institute of Technology and the Theoretical Physics Department at Bell Labs, Murray Hill. 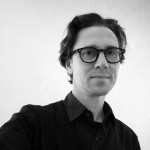 Brady Peters is an Assistant Professor at the Daniels Faculty of Architecture, Landscape, and Design at the University of Toronto where he teaches graduate courses in computational design, computer programming, visual communication, and comprehensive building design. Brady is a director of Smartgeometry, an international organization of professionals and academics that explores the forefront of technology and architecture. Brady previously worked at Foster + Partners where he was an Associate Partner with the Specialist Modelling Group and worked on projects such as: the Kogod Courtyard at the Smithsonian, the Copenhagen Elephant House, the Khan Shatyr Entertainment Centre, Thomas Deacon Academy, and the ARC table. Brady Peters recent publications include an Architectural Design (AD) journal titled “Computation Works: The Building of Algorithmic Thought”, and the book “Inside Smartgeometry: Expanding the Architectural Possibilities of Computational Design”. Brady Peters’ current funded research projects include: developing design tools for form-finding grid shell structures, integrating sound into digital architecture workflows, and the computation of environmental performance. 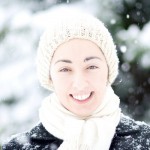 Her love for data and its visual forms started at The Visual Communication Lab @ IBM Research and now continues at Bocoup where she leads the Data Visualization practice. She is also the organizer and program co-chair of Bocoup’s OpenVis Conf, a two day conference about the practice of data visualization on the open web.

She is an open source developer at heart, building tools to empower others to do the same. 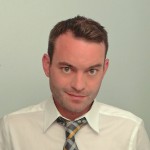 Joseph Zinter is the Assistant Director of the Yale Center for Engineering Innovation and Design (CEID), and a Lecturer and Associate Research Scientist in the Department of Mechanical Engineering and Materials Science at Yale University.

In addition to teaching design-based courses within the CEID, he also lectures and conducts workshops on design thinking, design process, and cross disciplinary collaboration. Prior to joining Yale, he acted as Design Preceptor at the Harvard School of Engineering and Applied Sciences and as a Clinical Specialist in the cardiac rhythm management division of Medtronic. He holds a BA (Fairfield University) in Engineering, a BS (Columbia University) and MS (Cornell University) in Applied Physics, a MHS (Yale School of Medicine), and a PhD in Biomedical Engineering (Yale University).