I have always dream to be this one person that construct and build the highest and amazing’s buildings that we have around in New York City, well this has always been me. My name is Alejandra Avila, I just started college at New York City College of Technology, and I’m majoring in civil engineering. A goal in my life is to start my own company. I have always dream of creating my own company with a friend of mine that is studying architecture because we knew what we want to do with our life, we came up with this idea. We want to have our own projects and we want to be successful in life and in the business. If I can’t achieve this goal at least I want to work for the government, to help construct and develop a better city (NYC) in the terms of structure and infrastructure. I decide to chose this career because I have always dream with wearing one of the blue or white helmet, the same ones I see does individuals I pass through a construction place, I want to make NYC a better place to live, I love numbers and most of the time this career require number and precision, I love to build thing and be creative, The paid it’s really well 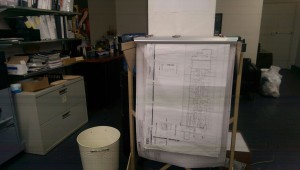 Being a Civil Engineer requires a great effort in all aspects. A Civil engineer usually works indoors, but they also spend a great amount of the time at constructions sites and in workplaces outdoors. A Civil engineer designs, constructs, supervise, operates, and maintains large construction projects and systems, which includes roads, buildings, airports, tunnels, dams, bridges, and systems for water supply and sewage treatment. The department that offers this specific degree is Construction Management and Civil Engineering Technology, and it’s part of the school of Technology and design. Even though I am sure of what I want to become in life I’m having some question on my mind that I will like to answer them as I go through this paper. What does civil engineering focus on?  Price or environment? What is the best thing to do? Work for the government or private? As I go through this paper I hope to explain them in details and answer them as well. In order to develop myself as a civil engineer I must work really hard and study until i get the bachelor degree in civil engineering or civil engineering technology. According to the Bureau of Labor statistics states that a civil engineer earns $79,340 per year and $38.14 per hour. (United States)

Have you ever walked down the street and look at this magnificent building that is under construction and say to yourself one of these days I’m going to be one of those people that leads one of this. When I see this people wearing their colorful helmets I imagine myself wearing one of those. An image that stays with me comes from different episodes of the Spanish telenovela “Dama y obrero.” The different episodes show how a woman may go into this business and wear the helmet, and all people around her be proud of her and what she had done with her life so far. This TV show encourages me even more in my decision of becoming a civil engineer because the protagonist was a lady and she loves what she was doing and she does it really well. I mean it was amazing the way they close their agreement with their customers and the way they manage their time, their office hours with their personal lives and everything else. The flats that they work with them were just amazing. She looks so decide and strong in the world of men that I just can’t stop thinking about being in that specific area in where the lady doesn’t go much because it requires decision, and character. I describe myself young strong lady that passed through a lot the last year and never stop fighting, and here I am trying to fight for what i want, what I want to achieve became a civil engineer. Moreover this industry I’m about to go into I know it’s mostly for men but i want to be one of the few exception to this rule, and wear the helmet that i always dream to wear, and indicate that I’m a civil engineer 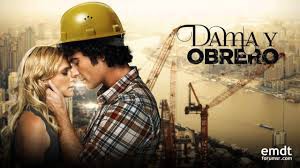 When you live in a one of the biggest cities in the world like New York City is, you want the same to be the best as possible, so visitors can be impress and see the beauty of the city without any mishap, and know why it’s one of the most important city around the world. A civil engineer takes care of this, they try to keep the city as good as possible in terms of infrastructure, and they also work with architects to build new better and attractive things for our visitors and citizens as well, having in mind what it’s better for the environment and economy.  As i mentioned before a civil engineer goes hand to hand with an architect, but they can also build things as well. According to the department career connections “Civil engineers can build things like roads, airports, tunnels, bridges, septic system (etc)” (kis p 33). As I said before, a civil engineer is in charge of the social (public) infrastructure, and always tries to keep uploading their creations, so the different cities move as long as the technology does as well. They try to keep the city update so can be easy for the visitors to transport around feel secure and proud inside the city. By doing this they will raise the population in the city, I’m referring to the residents and visitors as well.

Moreover, It’s not just because an engineer need and must be creative and precise in what they are doing that i decided to pick this major, It is because i love numbers and as people had told me and i have notice as well my entire life is that i’m pretty good with numbers and that all that has do deal with numbers seems pretty easy for me. As it is being state in the Catalog a civil engineer must have “ an ability to apply a knowledge of mathematics, science, engineering and technology to engineering technology problems that require limited application of principle but extensive practical knowledge” (college catalog p 232) this means that you must develop a good ability in mathematics and the other areas to develop a good discipline on the engineer area.

Now that I’m trying to become a civil engineer, I’m try to be as much as inform about this topic as i can, about how much money does they paid per year, what they must know about and be focused on and how and to what they should be related to. As i mentioned it before what i will like for my future it’s my own company, do my own agreements with my own costumes, and if it’s possible to achieve i will like my name in the front of an important magazine that contribute and give credits to the best engineers and architects around the city. 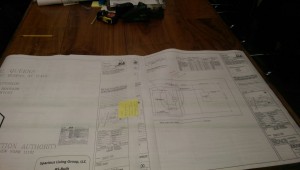