During our childhoods there comes a time in our lives when we wish we could have the ability to enter video games. I went to a skateboard convention back when I was in high school, and there was a section that had a beta testing on the Oculus Rift. I was able to get the Oculus on and the Staff had put the headset on my ears. The vision was blurry so it threw me off from feeling the reality aspect, but the sound and movement sensor were executed properly. When the video started I was able to move my head around, to the point that when I had moved, the picture move with me without delays to throw me off of the sense of being in a virtual world. The sound of my surroundings in the Oculus made it so that I was able to hear the skateboards as if they were right under me and could hear the wind passing through me. I was also able to hear the voices of the other skaters in the video from where they we standing as if they were actually there. However, the blurry visual images threw me off from feeling the reality in the Oculus. Virtual reality can be the same as reality for the brain but it would all depend on how much we can trick the brains senses so it feels like it is reality. In this essay I explore the relationship between virtual reality and the brain, and I argue that the brain processes virtual reality like a dream.

Virtual reality is the ability to leave reality and enter a world simulation that is called a sandbox that our minds interpret as a dream. According to Ed Baig “Virtual reality can help overcome fears”(Baig par. 3). In this sense, with the sandbox, we are able to create a simulation of our biggest fear and overcome it. An example of this is when Ed Baig mentions, “my brain was tricked into believing I was suspended high above the ground”. Baig creates a world simulation of a wooden plank high up in the air and he was standing right on it. He was using this to help him with his phobia of heights. Paula, she does not like talking about her age, she is currently occupied as a Hairstylist, she has graduated from high school and had gone to college in the Dominican Republic and again in the United States, she is my mother. I asked her what does she think virtual reality is in her own words, after having to explain to her what it was and what it can do. She replies “Virtual reality will be another way for kids to leave the real world, and forget about their studies and continue to rot their brains on video games”. In my mother’s opinion she’s always hated games and believes they bad for the brain, but she had never bothered to do research on it. Virtual reality needs to use the brain’s sense against itself to trick the brain to think what it sees is real. These main senses that tricks the brain are eyesight, tracking, and sound.

To begin, one of the senses needed to trick the brain is the eyesight. Showing a person an image and telling him or her it is real and making it so the brain can take the information of what the eyes see to believe it. The content must be in a 3d visual aspect and in a high quality, as I mentioned in the beginning when I tried the Oculus from the skating convention the 3d aspect was there but the image was really blurry making it hard to trick my brain into thinking it’s the real world. Throughout the experience I was trying to get my vision to focus on the image, but it was impossible to get it to focus because the lenses from the Oculus were to close for the eyes to get a focus on the image. The advantage of being able to trick the brain on what it sees would be able to make it believe that’s it’s in an actual place either high up in the air for people with fear of heights or in front of an audience for people with speech phobia, to be able to overcome their fears. The disadvantage of tricking the brain from what it sees will be the ability to tell the difference from reality and virtual reality.

Furthermore, the tracking movement sensors of the Oculus is a necessary part on the changes of what we see in our field of vision. In the convention when I tried on the Oculus, it did not track my eye movement making it a steady picture of what’s in front of me, no matter where I looked in the video it stayed the same. The tracking of my head movement was executed perfectly. There were not any delays when I was moving around. I decided to remake the experience I had with the Oculus by buying Google Cardboard, it is a cheaper version of the Oculus but with this version I am able to use a phone with an app. When I tested it, I notice that it used the sensors of my phone to track the movement of my head and it was spot on. I let my little sister try on the Google Cardboard so she could get a sense of what virtual reality is, her name is Arlyn, she is 15 year old, and a high school student. I asked her what did it feel to use the Google Cardboard and experiencing virtual reality for the first time, she says “It gets me nauseous when I turn my head, my brain feels my movement and it sees the other, it’s hard to focus on the image in front of me I end up seeing double.” She also told me that when she moved her head it seems that the virtual reality was moving faster than what she was trying to. The brain tried to make sense of her movement while it was feeling one thing and seeing the other making it overload. Tadhg Kelly tells us, “If you turn your head and look over there, you’ll notice a slight discrepancy, and your brain will feel it”(Kelly qtd in Manjoo par. 10). What he says is just the same as what my sister felt when she was feeling one thing and seeing the other on the Google Cardboard. On the Oculus I tested at the convention I notice that there wasn’t any peripheral vision, it was dark on the sides and all you could see was the front as if I was looking through binoculars. The advantage of being able to trick the brain with movement tracking is that it make the person wearing the Oculus feel more into the virtuality and believing it’s real. The disadvantages of this would be if not performed correctly it can make the brain feel nauseous and out of place.

Lastly sound, next to our eyesight, plays a major part in tricking the brain. Our brains use the ears to listen to the sound of our surrounding to check what’s around us and to hear where might something or someone be, to tell if they’re in front of us or behind us. The Oculus I tried on did not have their own headset built into it but they put some on me. The sound was as if I was actually there. I could, in a sense hear where everything was at. For instance, when, the skaters started moving I could hear the skateboard under me rolling on the floor and also hear the other skateboards from the other skaters. I could also hear the leading skater voice sound more distance than the once that were more closer to me. The sound helped into tricking my brain that I was actually there. The advantage of the sound is that the Oculus can fake the surrounding sound making it feel that’s in the actual place and not just a desolate room. The disadvantage would be that the sound could be out of sync and throwing the person out of balance from what he sees and what he is hearing.

Using our senses, visual, movement tracking, and hearing, we are able to throw the brain into a sandbox. The brain interprets the sandbox as a dream, while inside you are able to do whatever you want, being able to create and imagine anything as if it was a dream. There have been other virtual reality technologies, like VFX1 VR, Jason W Ellis tells us that, “technological artifact from the heady days of the 1990s and the beginning of widespread adoption of the Internet”(Ellis par 1). The VFX1 were released a generation too early and it seems that the project got picked up by Oculus VR, LLC in 2011 it wasn’t released publicly until 2014. In the time gap between VFX1 and the Oculus, technology has advanced tremendously to its best abilities and it has implemented tools that now a day is considered an essential for our daily life. In the future virtual reality will end up as a daily need, armies might use it to train soldier, chef will use it to practice cooking, and so forth. The way we might end up thinking will change, most will take it for granted and others will use it to make meet people and make friends. Technology will grow and get better in time but to let it consume, and control our minds is up to us. 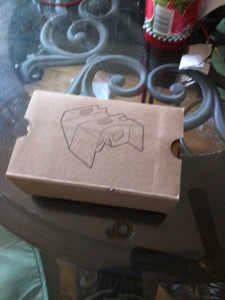 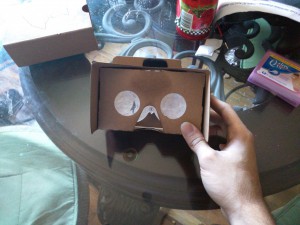 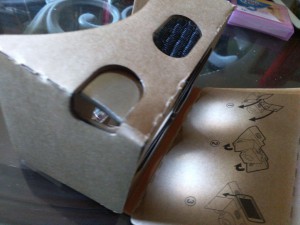