What is 3D-Printing? Well if you may not know 3D-printing is the complex manufacturing that is a process of making three dimensional objects created within digital software to bring these object into the world as solid objects that were once stored on a digital file. An object is created laying down rightful layers of material within a pattern until the object within the software is created. Each layer can be viewed as horizontal, thin cross- section layers using less material than traditional methods. 3D-Printing consist of three parts, the 3D- scanner, Modelling software and the slicing from the modeling to the printer.  I’ve stumbled upon an article in which I obtained valuable information of a Canadian design team who used the largest 3D-printer in the world to build the first 3D-printed camper. This camper house was made out of hundreds of feet of plastic material. This task took a total of nine days to make. This 3-D printed isn’t the biggest nor is it the tiniest. It measures 13 feet long six feet wide and weighing in around six hundred pounds. The 3D printer was created by experts with “Recreate Café” this task took over two hundred and thirty hours to build the custom ElectorBot 3d Printer. Some see this 3D-Printed house as something novelty, but this trailer doesn’t leak unlike most trailers. This proves that within the world of 3D-prinitng the sky is the limit. This camper prototype is currently being outfitted with appliances, electronics, and windows even while being made out of 3D-matieral. Creator Randy James—owner of Wave of the Future 3D—told Saskatoon’s local news that he’s hopeful that the first batch of 3D-printed campers will be for sale by the end of the year. The current model, called “The Wave,” features three covered holes in the floor so it can convert into an ice-fishing hut, but subsequent models could also be larger or fit in truck beds. While this is just the begining of 3D-Printing we are able to create far greater as time comes and more technology develops.

This is an logo animation used NY the Flying Pig Cafe. The Location of the restaurant is Miller Place within Long island. I choose this animation because it was one of the first logo that iv’e seen animated and also its my little sisters wallpaper. The logo contains an cute pig with wings, levitating above the ground to represent the name of the cafe. 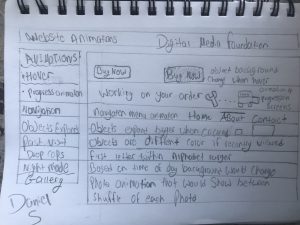 This youtube video if from a video game streamer i would watch at a younger age. ( Caution this you tuber has a foul mouth) Although watching this you-tuber overtime by the name of The Angry Video Game nerd, iv’e realized that over time the quality of his streaming changed. Dating back to 2006 when the video was uploaded it would seem as if it were best for its time. Well it wasn’t. The video looked as if it was shot on a tripod with a poor camera quality. seemed as if the you-tuber just wanted to throw up an video and not care for the quality. The you-tuber words seems as if they’re delated with a poor quality of a voice over. Although this video still rocks and ill watch it over any day. 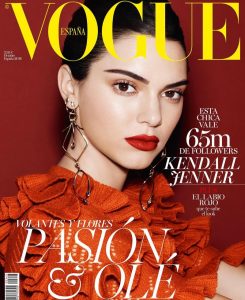 Background Color Change ( For this assignment i wanted to experiment with various color backgrounds to make the model kylie pop out more. I believe she has serious facial structure for this medium close up shot. Although the main background is Burgundy the Various colors add a playful theme to her serious face