**I have tried to my best to scale and resize my culture jam and infographic, but Open Lab won’t allow me to post images above 10MB. I really do not know what else can be done to ensure that the images are visually enhanced and easy to view.**

For my infographic, I decided to venture out of the colors that I initially planned on using. I originally decided to use red, white, and black, but when Professor Leston recommended adding another color, I went with a beige/cream color. My first infographic also contained a lot of pie charts, so for variation I decided to use vertical and horizontal bar graphs and I even used a dot chart.

I wanted the visual aspect to reflect the information being provided. I tried to make sure that viewers understand the infographic is supposed to make you feel saddened, upset, and maybe even depressed.  I added images of male and female victims with targets on them to show the many victims of gun violence, and I even made some of the images smaller to show that children are also affected by gun violence.

The images in the background were all originally colored but I made them black and white to fit the theme of the project. The opacity was lightened to make sure that the texts, graphs, and charts would have better contrast against the background. If the images were more solid instead of less opaque, then a lot of information would be lost in the photos.

I have searched high and low for the final image of Kanye West that will be the “punchline,” but this is the best I could do. It got to a point where looking at various images of his facial expressions had little to no effect on me, so I decided to move some images around. I found the perfect picture of him expressing shock and surprise, so I used that to show his reaction to DirecTV being sued by the FTC in 2015.  The image that is the “punchline” was initially used to show shock, but I felt the image I replaced it with worked out much better, and that the current “punchline” image would be better as the final photo.

The DirecTV logo didn’t really have much for me to manipulate, so this is not your traditional culture jam. I decided to add a brief backstory and have it play out in a storyboard fashion while adding a little humor to keep the audience interested. I truly believe the images and captions helped the project come alive. 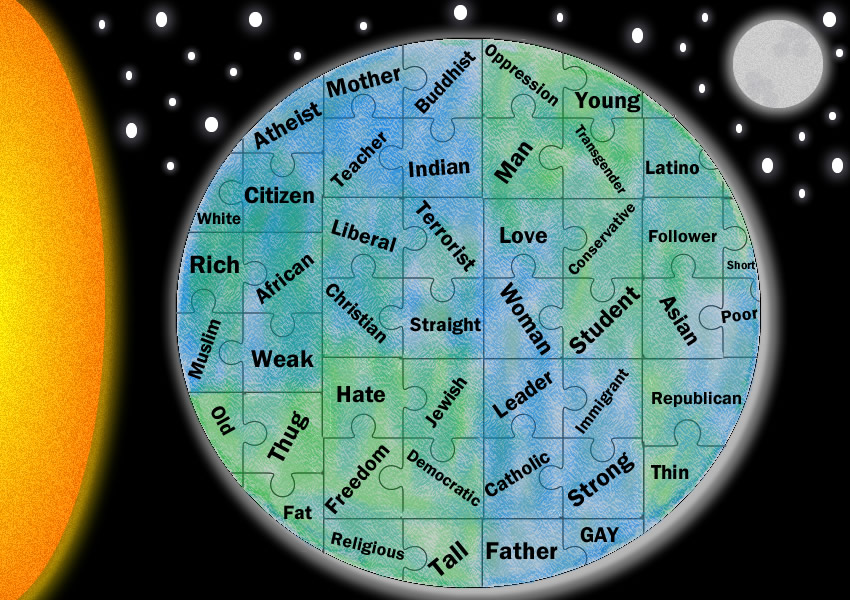 This image was the most difficult part of the entire project. It took me well over 8 hours to complete. The reason it took so long was because this picture contained several layers. I used Adobe Fireworks and it allows you to save your images as a PNG file, which means you can always reopen the whole piece in Adobe Fireworks and move around the individual images on the canvas. At first I started with the earth/globe in a white setting, and then I decided to change the background to black to show it in outer-space. Once I changed the background to black, I then decided to add the sun, moon, and the stars which all represent illumination.  The illumination represents my own enlightenment, and the way I view the world and its inhabitants.  All in all, this was my favorite piece to make, and I am proud of it. There is no right or wrong way to view this piece. It can be interpreted in many ways, and that in itself is a beautiful concept. With that being said, I still hope that others can see the message that I’ve placed in it, and understand the work and thought processing that also went into it.