The Key to a Good-Paying Job Is…Microsoft Excel? (From The Wall Street Journal ,Mar 5, 2015)  By  LAUREN WEBER

Want a job that promises a living wage and a good shot at a middle-class life? 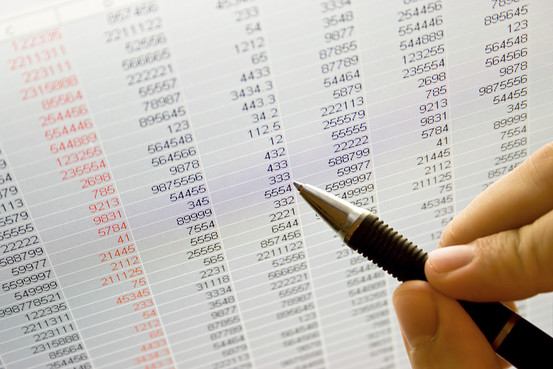 Learn Microsoft Excel and other basic digital skills.That’s the conclusion of a report released Thursday by Burning Glass Technologies, a labor-market analysis firm that reviewed millions of job postings to understand which skills companies expect workers to have. The report focuses on middle-skill jobs – roles that require a high school diploma but not necessarily a college degree.

Some 78% of these jobs, or about 6.3 million open positions, call for some fluency with technology, Burning Glass found. Those positions are also the most promising in terms of pay and job creation, including occupations in healthcare, technology, and operations.

The most commonly required skills are also the most basic ones: spreadsheet and word-processing software such as Microsoft Corp.’s Excel and Word, or the software from SAP SE and Oracle Corp. which large companies use to manage things like finances and human resources. (A worthwhile aside: Planet Money’s deep dive into the history of the spreadsheet.) Such expertise has become critical for office and administrative positions, retail supervisors, and store managers, among others.

Sixty-seven percent of middle-skill jobs demand proficiency with these tools.

“Effectively, entire segments of the U.S. economy are off-limits to people who don’t have basic digital skills,” the report notes.

Positions that require basic digital skills tend to pay 13% more than jobs that require no digital chops: median pay of $22.66 per hour versus $20.14 per hour.

Roles calling for advanced digital skills, such as customer relationship management (CRM) software like that offered by Salesforce.com Inc. or a design tool like Adobe Systems Inc.’s Photoshop, pay even more: a median of $27.73 per hour.

Middle-skill jobs have become the holy grail to economists who are concerned that the U.S labor market is becoming “hollowed out,” with employers adding mostly low-wage jobs for the two-thirds of workers without a college degree and high-paying jobs for graduates, but few jobs in between that can build and sustain a middle class.

The digital revolution has hardly affected prospects for workers in fields like transportation, construction and installation/repair. But wages and growth are lagging in those occupations, Burning Glass found, suggesting that middle-skill careers in healthcare, financial operations, sales, and management offer far more career and earnings potential.

The findings about basic skills should ease some worries among people who have become convinced that workers are sunk unless they learn to code. In fact, the report suggests that schools and other training sites should go back to the basics as they think about developing the future workforce:

Important challenges are being overlooked in the debate over how to invest in education and training. That debate often centers on high-tech industries, sophisticated computer skills (coding, for example), or specialized skill development for particular occupations. To be sure, these more advanced skills also represent important areas for workforce investment, but clearly a focus on the basics—such as widely used productivity applications and social media tools—would pay significant dividends for many workers.

Burning Glass reviewed nationwide job postings collected from December 2013 to November 2014. It defines middle-skill jobs as “those with less than 80% of job postings calling for a bachelor’s degree and with a median hourly wage above the national living wage of $15.” Part of the reason for the 80% cut-off score is that employers in recent years have exhibited “credential creep,” demanding college degrees for positions where the skills required don’t suggest a degree should be necessary.

The report was commissioned by Capital One Financial Corp., which on Thursday also announced that it will invest $150 million over five years in efforts to train mostly low-income individuals in digital skills via partnerships with technology school General Assembly and Grovo Learning Inc., a website that offers short training videos focused on skills such as using Google GOOGL Analytics and Microsoft Office.