Salvador Dali is one of the most influential Surrealist artists of the 19th century. He is best known for his painting of melting clocks titled “The Persistence of Memory” which he painted in 1931 and is also one of his most recognizable works. Dali was born May 11, 1904 in Figueres, Spain. Dali attended the “Academia de San Fernando” in Madrid. In 1919 Dali had his very first public exhibit located at the Municipal Theatre of Figueres. Dali was influenced by various art styles which included Cubism, as well as metaphysics which shaped his artworks from an early age.

Dali also studied and explored various art movements. While he explored many classical painters, such as Bronzino, and Diego Velaquez. He was also influenced by an art movement called “Dada”, a post-World War movement, this particular movement influenced his style and work throughout his career. Dali’s paintings were incorporated with three main themes which were ideographic imagery, sexual symbolism, as well as the universe and sensations of man. Dali studied and worked with styles like Cubism (which he had already developed a fondness for), Futurism and impressionism. In 1929 Dali worked with oil based paintings which were influenced by renaissance artists. Dali incorporated an immense amount of symbolism is his artworks, which included ants which symbolized death and decay, elephants with weak legs which symbolized a weightlessness as well as his the infamous clocks Dali’s had incorporated into his artwork which may have symbolized perception of time and space outside of human comprehension.

Through Dali’s illustrious lifetime of artworks he created many iconic pieces that will never go forgotten. Some of his most famous works included, “Soft construction with boiled beans” painted in 1936, “The Great Mastubator” painted in 1929, “Galatea of the Spheres”  painted in 1952, “Dream Caused by the Flight of a Bee Around a Pomegranate a Second before Awakening” painted in 1944 and lastly one of his most iconic, most recognizable artworks, “The Persistence of Memory” painted in 1931”.

Dali has a museum dedicated to his work called the “Salvador Dali Museum” located in St.Petersburg, Florida. A building known as “The Teatro-Museo Dali’ was constructed in 1974. The building is a surrealist structure that was designed and constructed based on Salvador Dali’s designs. Inside the intricate structure contains various paintings that Dali finished from various points in his life. His imagination was boundless and his paintings reflected that. His work and contributions to the art world will never be forgotten or die in vain, he paved the way for many souls and his work will continue to do so posthumously. He’s inspired many artists including myself by teaching us that art is limitless and there are innumerable ways to express your craft. 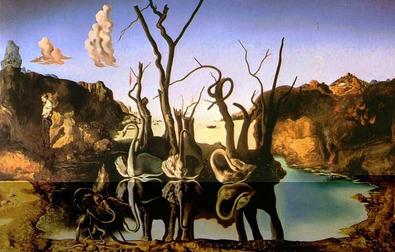 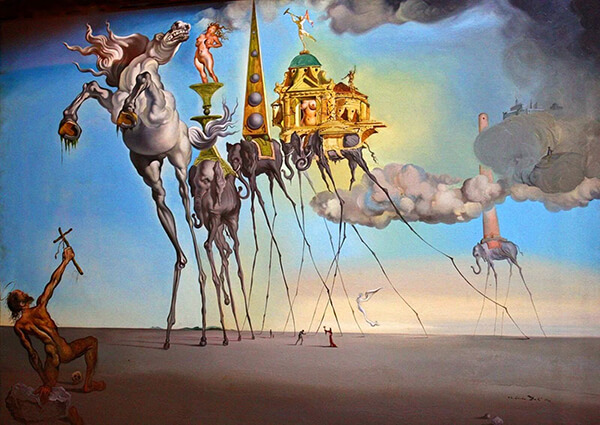 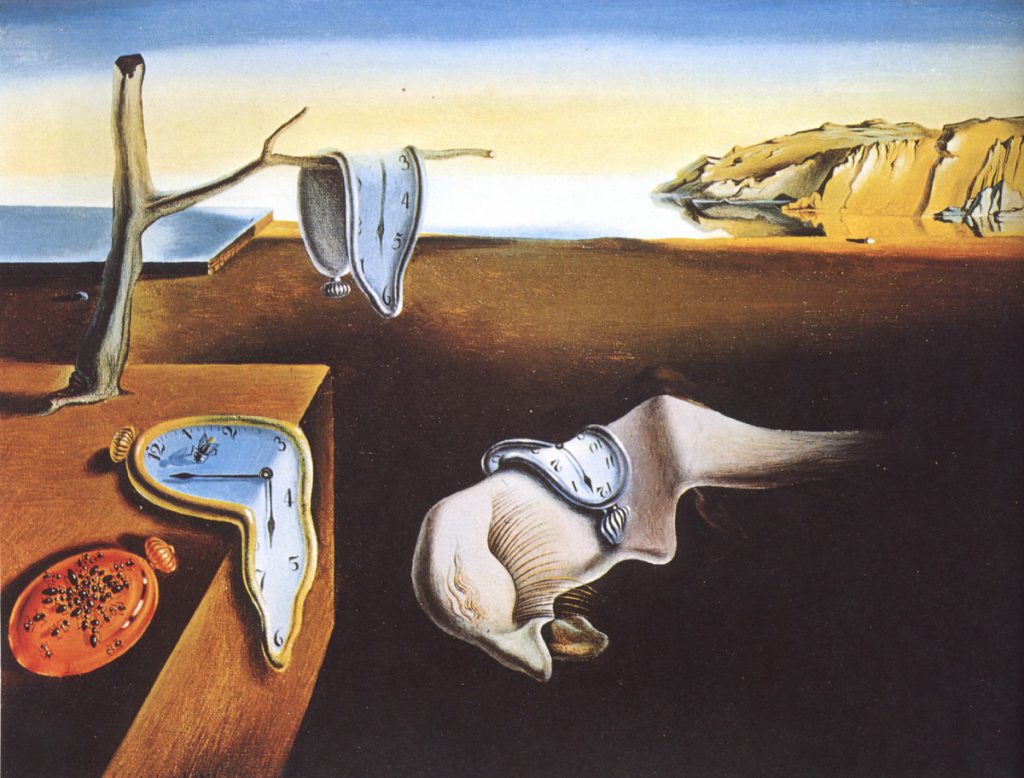 The History and Evolution of the Playstation Logo

The Playstation also launched a series of handheld gaming consoles which include the PSP (playstation portable), as well as the recent PS Vita. Playstations logo has for the most part stayed synonymous, the initial logo included 4 different colors which were red, yellow, blue and green which symbolized brilliance, passion, charm, joy, and elegance. Today the playstation logo is mostly seen with a black and white appearance. The typeface was designed by a Japanese graphic artist named Manabu Sakamoto, the type for the Playstation logo include a P and S. The Playstation has revolutionized the gaming industry as well as the world 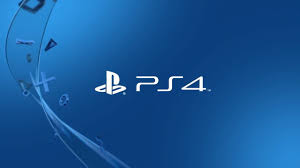 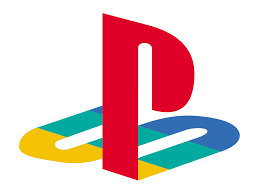 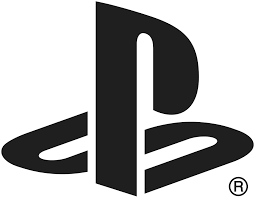 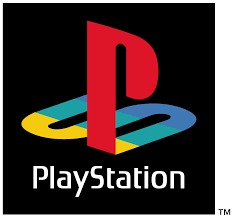 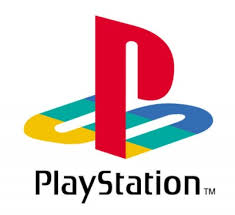 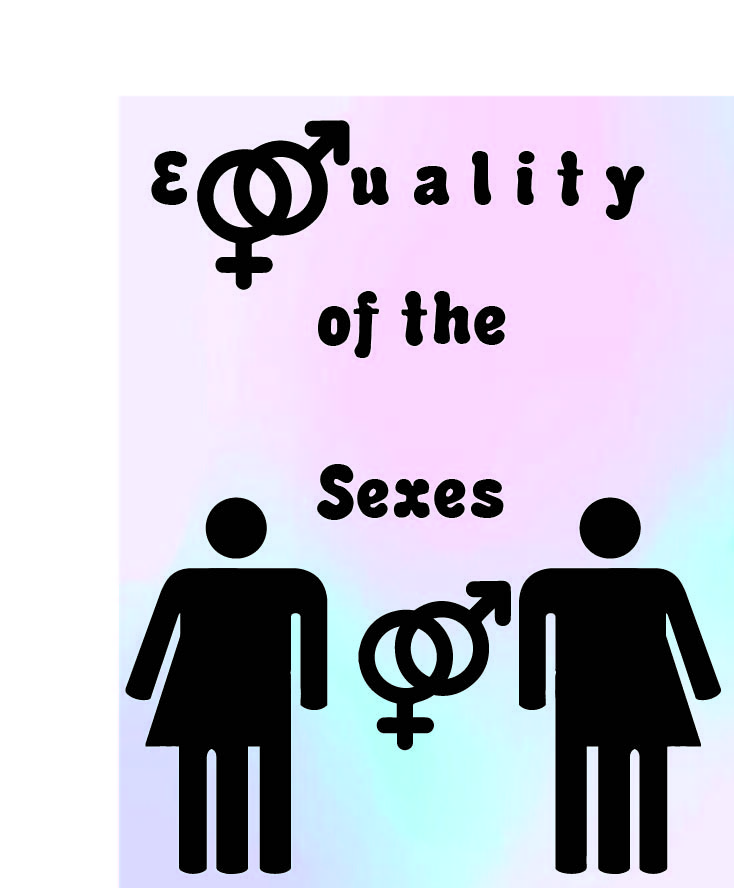 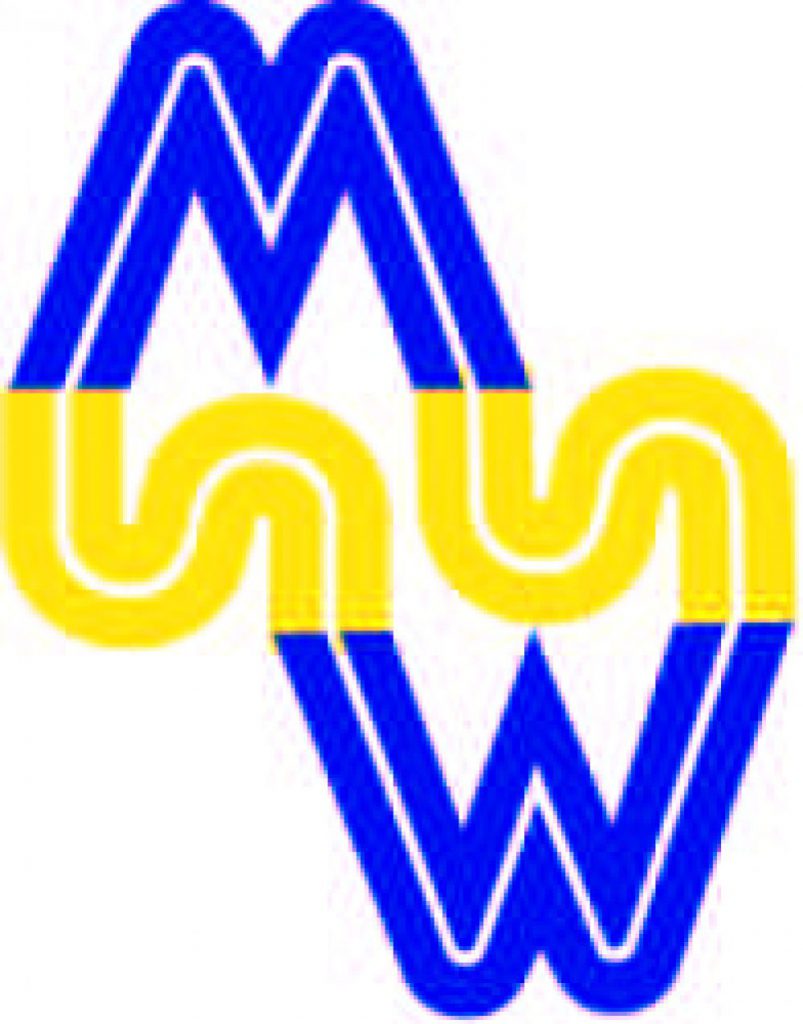 My initials are the letters “M” and the letters “S” I used a font called Sega in Adobe Illustrator to create this logo. The Sega font was used on a couple old gaming consoles called the Sega Genesis as well as the Dreamcast. I used this font because of my relation to playing video games growing up and seeing the sega logo’s appearance. This logo represents me because it represents my childhood, growing up with a video game background.

This is my video project titled “A Day Outside”, this video shows recordings of the beauty of the outside world I see daily on my way to school. I had a lot of fun filming this video, and the pros of filming this video was getting to capture the beauty of life on video and being able to share it, some cons were the weather hindering me from recording (ex: rainy weather) I wasn’t able to record as much when it was raining due to my device getting wet but I still managed to piece together a wonderful video hope you enjoy it.

On April 28th 2017, I visited the United Federation of Teachers and was granted a tour of a printing facility within the building. Within the printing facility the tour guide showed myself and my peers the array of printing machines utilized. Each machine within the printing facility was assigned specific task, some machines were designed for cutting, some machines were designed for printing. One particular machine in the facility was designed for preparing envelopes, another machine had the task of folding paper, another machine had the task of producing hundreds of copies in just a matter of minutes. The MBO folding machine is capable of folding 275 papers a minute. The Cutting Prism was capable of cutting a mass amount of paper with ease, the machine is equipped with an immense amount of pressure which makes it easy for the machine to cut high quantities of paper. We were also showed a family of Bizhub press machines each designed to print and or copy at different speeds, quantities and qualities. 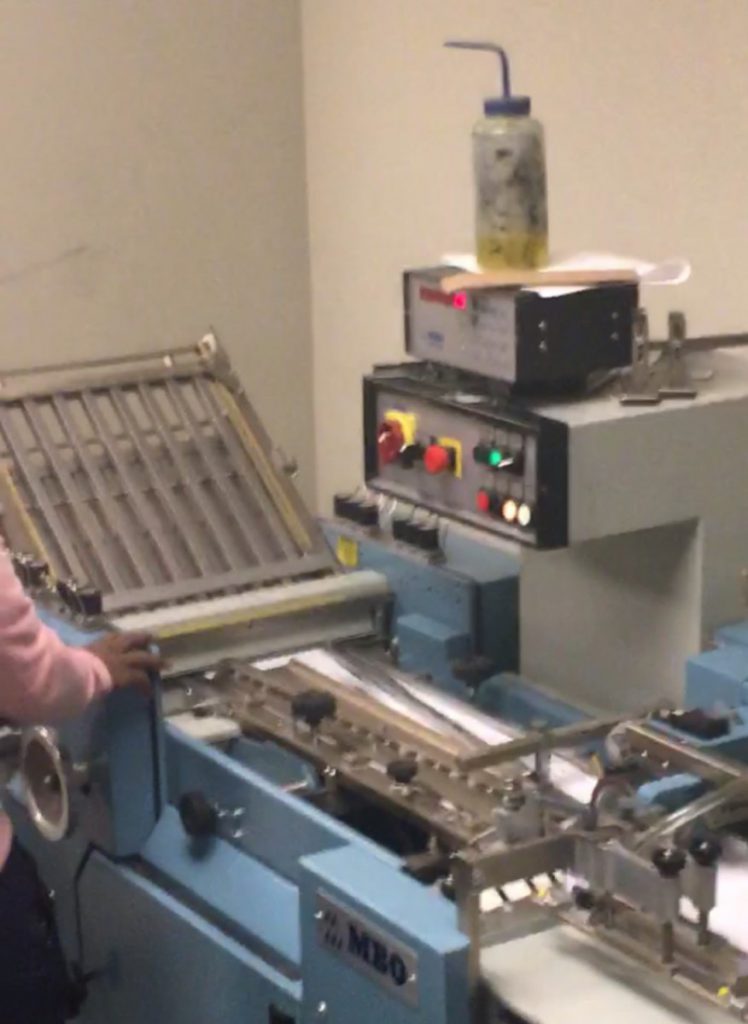 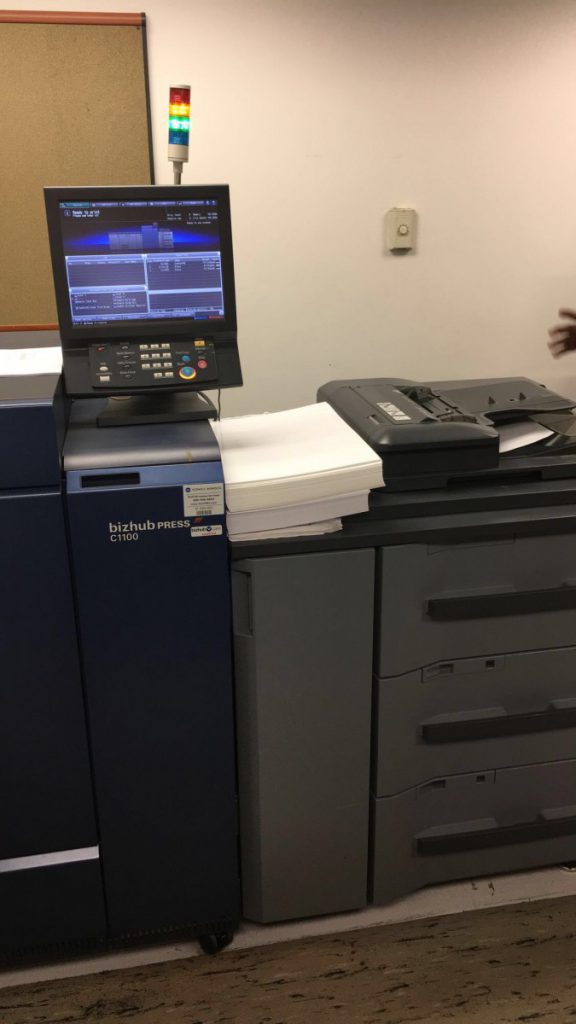 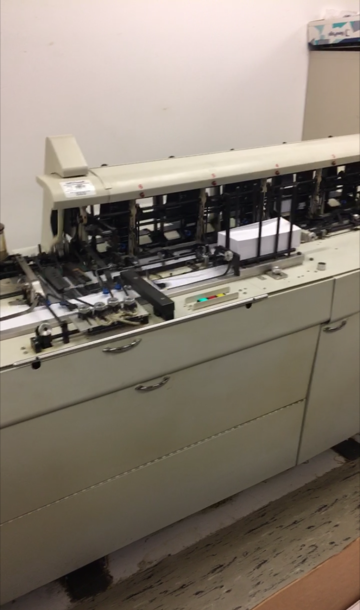 The quotes originate from a book called “The Book of Secrets 112 Meditation Techniques” by Osho. This particular quote piqued my interest because it personally directly correlates to my personal life. The quote in my opinion shows a true judgement of character. Living your life according to what this quote says “Ignorance is bold, but knowledge hesitates” shows that the individual is open minded and doesn’t judge another individual based on their life choices. 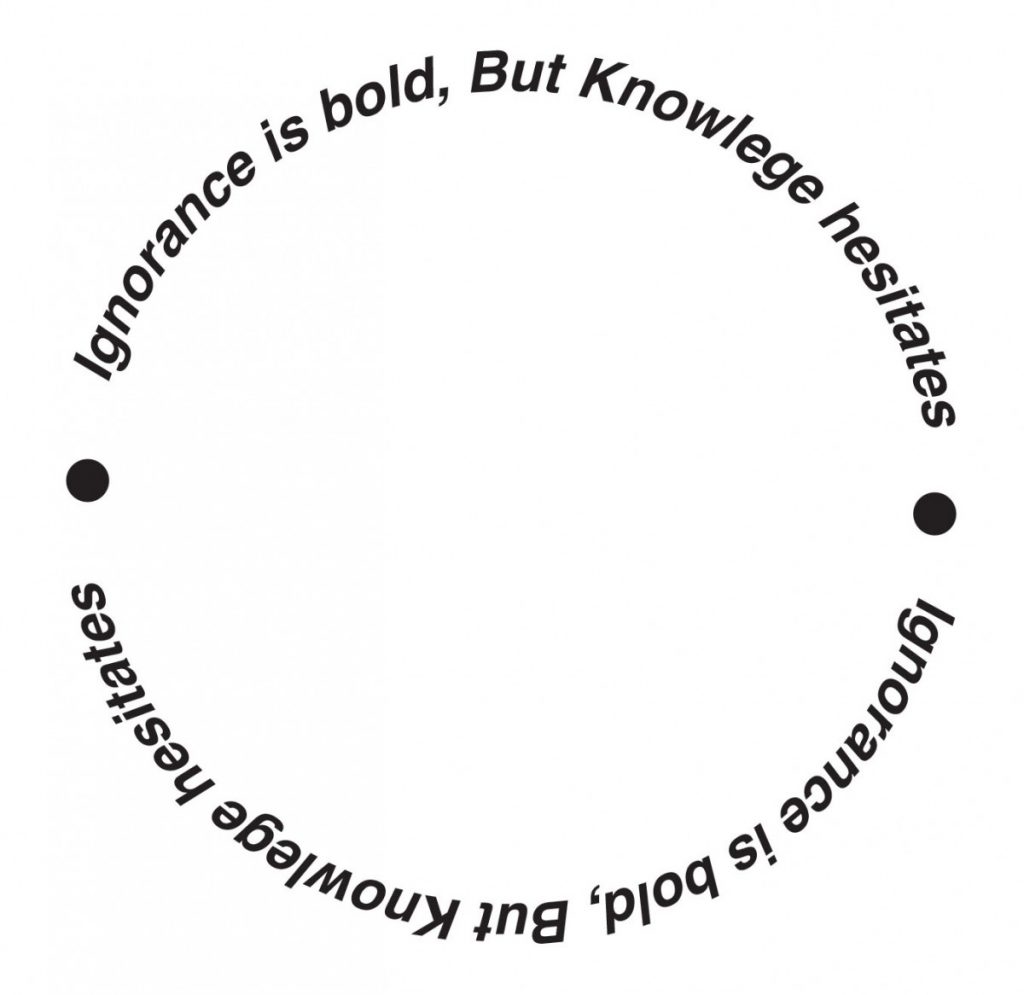 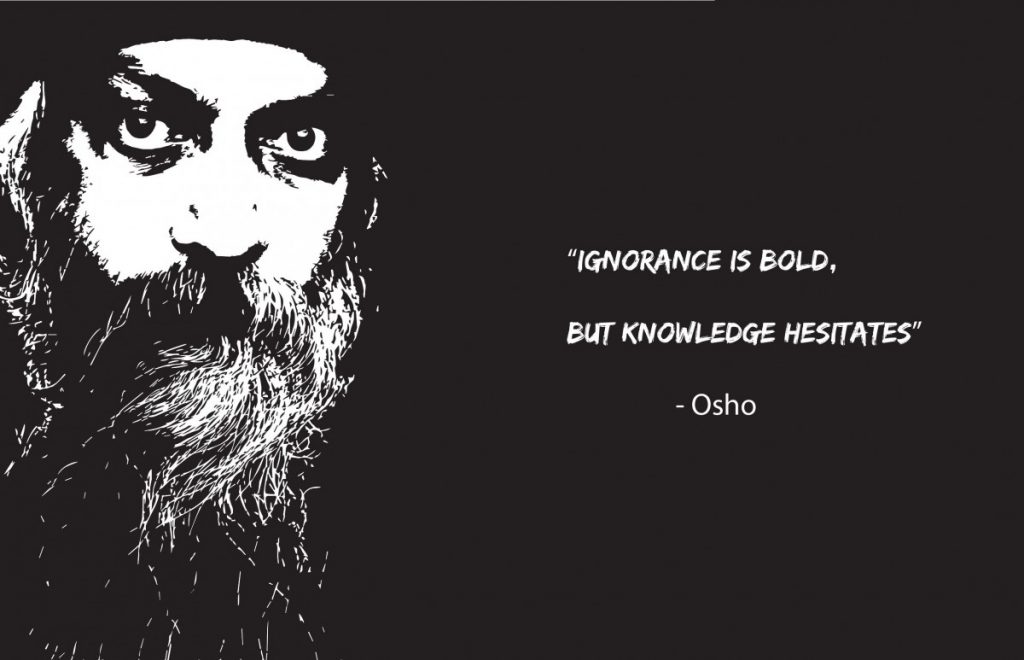 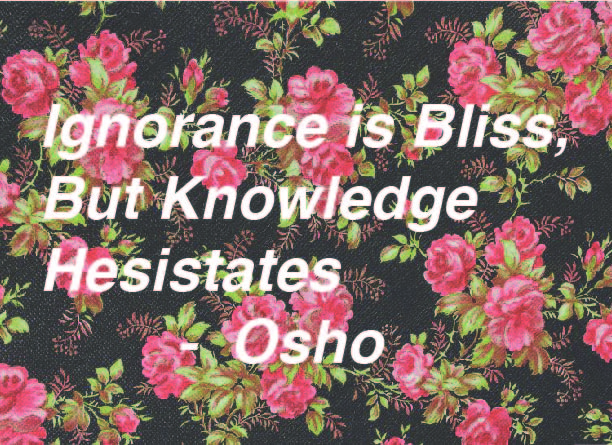 Hello My Name is Michael Severe and I am currently an undergraduate at The New York City College of Technology. I am enrolled in the Communication Design Program and I am thrilled to have the opportunity to study here. I seek to learn as much a I possibly can here and I also want to influence other students as well as learn from them. I enjoy drawing and creating new innovative designs that reflect what I like.