From a napkin sketch at a client meeting, to putting the design on stationaries, than to advertising, the Citi Bank logo has come a long way (Diagram 1).  Paula Scher, from Pentagram (a graphic design firm), made a 3 second sketch in 1998 at a client meeting which would eventually change the companies image.  This design being Citi with the “t” as an umbrella.  This new design wasn’t only for Citi bank, as they changed it during one of the largest mergers in history.

The Citi bank logo was changed during a large merger between two companies, Citi group, and insurance Travelers.  The umbrella symbolizing not only the two business now being unified, but also for the consumers and bankers as well, being taken care of and under shelter.  The sans serif blue font reading “Citi” with the red arch over the “t” eventually became all that was needed, instead of complicating it, making more with less (Diagram 2).  This changed the small branches under the major Citi banking company to eventually just use “Citi”, unifying all that the company can do under one major header. Paula Scher wrote on a blog saying, “The designer needs to be ever present because, inevitably, at some side meeting, something will be suggested that will totally destroy the form of the logo. Something can be suggested innocently, with the best of intentions, that will scuttle all plans, compromise all standards, and destroy the integrity of the design. The only person who can know this and stop this is the designer.”  She did the exact opposite of this and suggested one of the sleekest designs at the time, that would later cary the company to great success. 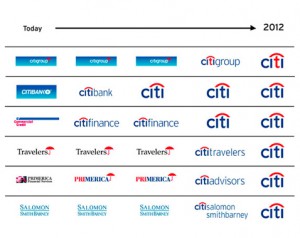 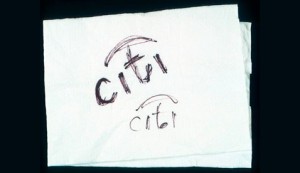 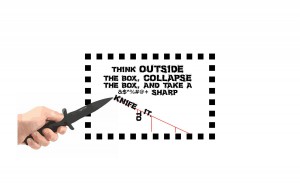 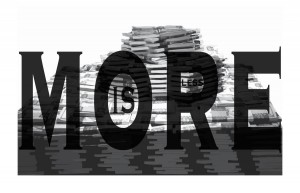 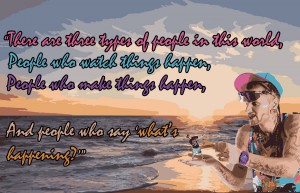 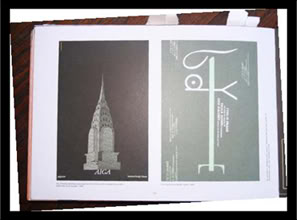 One design I really liked from the field trip to America Institute of Graphic Arts (AIGA), was the Paula Scher piece of the Chrysler Building.  From afar the design looked almost like a halftone photo of the building but once you got close you realized the spacing in the building was actually made of names.  I believe the names were from people that were in the AIGA at the time, or maybe well known designers in AIGA.  The names where in different weights and sizes and in white while the backdrop was a dark blue.   They also had it hanging at a unique part of the building when you crossed a bridge like area which was designed by a designer in AIGA, can’t recall the name of the designer.  Overall Paula Scher’s piece grabbed my attention because of the thought process and how well the design came off as a whole. 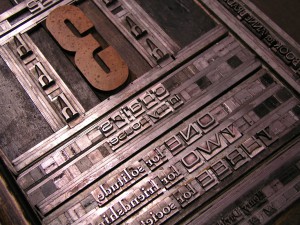 Letterpress printing is a lost art.  This is because of how long of a process it takes for the final product.  First a layout of the page is made.  This is done by letters being specifically placed in the frame with the correct kerning, tracking, and leading which will eventually give the reader a perfect printed page.

Now is when ink is applied to the metal pallet which then transfers to the frame of the page layout.  This is what than makes an imprint on the page.  Before printing, the letterpress operates several times to make sure the ink is spread out correctly.  This giving the print a consistent amount of ink throughout the page layout.