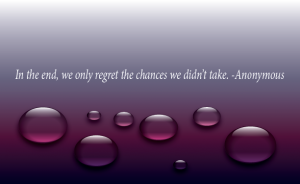 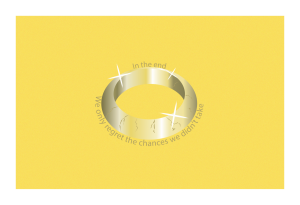 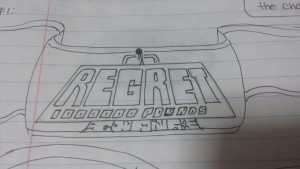 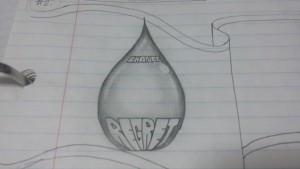 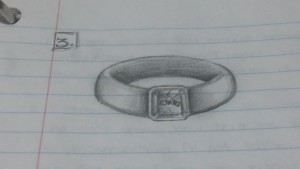 William C. Durant, the Co-owner of Chevrolet, a car company that sold many cars with a logo in a shape of a bowtie. The Chevrolet logo was in 1913 by William C. Durant. There were many different opinions about the location of where the bowtie logo originated from. One of many assumptions was that the idea of the logo originally came from William C. Durant reading a newspaper when he was on vacation taking place in Virginia. Another assumption that was made about where the logo originated from was from a hotel in Paris. Many thought that Durant the Co-founder of the Chevrolet company got his idea from a design of a wallpaper in the hotel he was staying at. The image to the left shows the comparison of both logo designs. Whereas the top part is where he really got the bowtie idea from. He saw the design on the wallpapers on the walls of a french hotel and thought it’d be a fascinating idea to use as a design for a car. That was the start of how the Chevy logo came to be. Chevrolet’s logo had many changes throughout the course of 100 years. But one thing that stayed consistent was the shape of the logo which remained a bowtie. There were a total of 10 logo designs for Chevy which meant that they changed their logo design 9 times. After the first logo has been introduced 23 years after Chevy had a new design for their trucks.

Hello! My name is Jonathan and I am a student studying Graphic Design at City Tech.

I’m a aspiring young artist who wants a challenge anyway I can think of. I’ve started art since I was very little. But I’ve started taking art seriously in my sophomore year of high school. At that time I’ve also gotten myself into the Cooper Union art program. Taking classes there at Cooper Union. I was fascinated in how much talent other students there had. As I was there I felt as if we all were around the same level of talent in art. Some even better in certain mediums. It was truly a breathe taking experience. I am glad I was able to be apart of the Cooper Union program. They taught us various skills learning to quickly draw out what we see in front of us. Train our hands and eyes for speed and accuracy. And something special I’ve received from Cooper Union were new friends that I’ve made there with similar goals as me.

As I continued my experience as a traditional artist I’ve started to like other peoples digital works from social media. The works of art I’d see were powerful and strong. Perfect lighting, using many shades of color to make the image stand out. Having a vocal point of some sort. Then I decided to set a goal for myself wanting to learn how digital art is created. I’d see many artists using Illustrator/Manga Studio/Photoshop and many other programs. So I wanted to take courses that helped me improve my digital art skills. And that’s how I got here for Graphic Designing at City Tech.