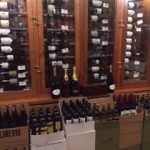 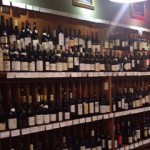 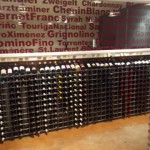 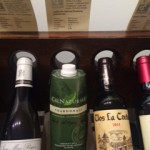 For my retail beverage wine shop analysis, I choose two retail shops, both located in Manhattans busiest communities. When selecting a winery I was not bias nor did I research the establishment before visiting. I simply went with the most appealing name on the list of wineries issued to us and crossed my fingers. The first winery I visited was located on East 27th street, just a minute off of the main street, somewhat tucked away but in a rather bustling area with lots of people, local bars and crowded restaurants. When I first entered Vino’s fine wine and spirits there was a women who greeted me and announced that they were actually having a wine tasting just to the rear of the store. As I explained to her the reason for my visit and that I was interested in the knowledge that she had pertaining to wine and about the store in general I noticed her face had changed from being enthusiastic to a deer stuck in headlights, I knew that wasn’t a good sign. She quickly stated that she wasn’t 100% sure about the attributes withheld in the store but she would answer the questions she did know. The first thing I noticed about the store was that the room was in a dim light setting that made the store feel larger. The wines were displayed upright, tall and high and separated by regions. On top of each variety of wine there was a mini chalkboard with a handwritten region or a specific selection i.e. the USA, Australia, Sparkling or Red Wines (picture B) Of course the most expensive wines were placed towards the top and the least expensive were placed closer to arms reach. There was a gentleman in the back of the store that was very familiar with the inventory and the outline of the store and was more than willing to help me. He pointed out the temperature controlled case just towards the back of the store that contained the stores rarest vintage selection. I found it interesting that the wines in the case were set to lay on its side compared to the ones not displayed in the case (picture A). The stores main goal was to offer the most modern day collection of wines and liquor to its clientele with recognizable labels, which makes this store unique. On the other side of the case was where the hard liquors and “quick mixes” where located. I also found it interesting that some of the wine descriptions were labeled “Try me I’m Local”, referring to the tight knit community between producers and the buyers wine glasses. Some of the “Try Me I’m Local” wines were from Long Island and Fingerlakes NY.
The second winery that I visited was near Chelsea Market and right across from the highline, Appellation Wine and Spirits. Just as the first store they were having a wine tasting event and were very professional about the merchandise displayed in the store. Patrick, the gentlemen who helped me around the store was very familiar with the store and answered all of my questions. The differences with this store were that the wines were set in wine racks that caused the wines to tilt back but not fully in a flat out position. When a bottle is kept sideways, the wine stays in contact with the cork, keeping it wet so the cork won’t dry out, shrink, and let air get into the wine. This also leads up to premature oxidation (picture C) The wines were separated by flags and arranged so that the lightest white wine was displayed first and as you proceeded onward the heaviest white would conclude that specific country. Each wine had a descriptive note specifying the region, producer, and vintage and so on. Every country started off with a white wine and the cost preference wasn’t depicted according to the set up. The least expensive wine in the store was about $7 and the most expensive was a Cognac bottle ranging about $500. Appellation had a bright ambiance, I wouldn’t say a tight knit environment but rather spacious enough for you to complete a 360 degree spin and be able to view another country in the same vicinity. They also had a separate fridge at the front of the store that held one of each regions white wine just in case a buyer came in for a quick pick me up for dinner. I learned about a consolable wine called Tetra Pak, which allows people to travel with wine more conveniently without the actual weight of a wine bottle and the precautions of cracking the wine bottle (picture D)