I chose this topic because sleep deprivation is a massive problem in America that increases chances of many diseases such as cardiovascular disease and depression.  It needs to be handled by a change in culture especially in work places 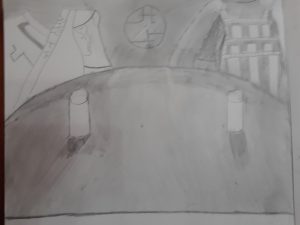 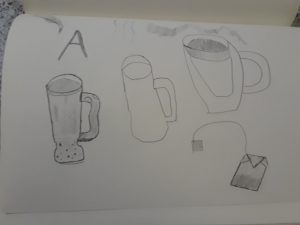 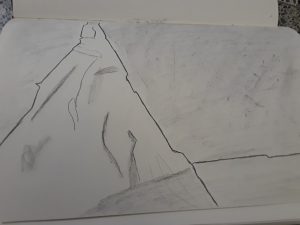 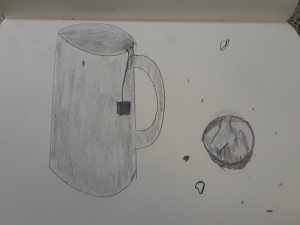 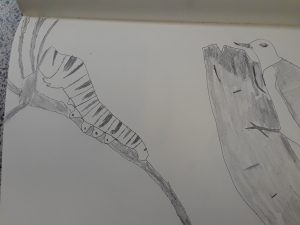 Little Apocalypse is a book by Katherine Sparrow and published by HarperCollins on March 12th, 2019 -today- and is about a girl who, though she’s never encountered anything really strange in her life, finds herself at the helm of a fight against monsters who recently caused a large earthquake in her city. The cover art was done by Eric Deschamps, who is described on the  “About” section of his website as “both a sci-fi/fantasy illustrator and a video game concept artist”. Along with HarperCollins he has also worked with Blizzard Entertainment, Bloomsbury Children’s Books, and Paizo Publishing.

What drew me to this piece were the many colors being used, they were bright and eye-catching yet soft and there were often blends as one went into the other, the artstyle mirrored the imaginative world that was being presented in the book very well judging by the summary. This no doubt is telling of his “process” or how he actually goes about making the art, though he doesn’t have a piece detailing how specifically the art for Little Apocalypse was made, he does  tell about his many card illustrations and of most recent, an illustration for Magic The Gathering which I will be using as an example.

He was given an “action” which detailed the image they wanted commissioned, a sizeable paragraph detailed enough that the artist would draw a specific scene but not so much detailing specific ways to draw it, it reads in one area “Gideon is sweaty and gritting his teeth in determination.” So we can see that the “action” is giving the narrative and tone but leaving the artistic expression of this up to the artist, Dechamps then sends back a sketch, in the blog post it seems to only be one, and the critique was that it was too far away -they wanted to see more of a certain character- so he sent back another sketch a little more cropped out which was approved. Already shaded, the final was made and colorized.

This differs however, from some other work he’s done. In some book illustrations we can very clearly see that the artist Deschamps is working not only on art, but also lettering. For Simon Thorn and the Wolf’s Den we can see sketches sent which clearly have word art already positioned and incorporated into the art itself, this differs greatly from Little Apocalypse where he only sent the art with negative space for Graphic Designers to work in, and this probably has to do with the specific contracts and word he’s hired, Simon Thorn was written by Aimee Carter and published by Bloomsbury USA Children’s, which might very well pay the artist more for more work, whereas HarperCollins the publisher of Little Apocalypse, might leave more to the hands of their internal departments.

What this then reveals is that given the games, cardgames, and books he’s worked on as well as the differences in his work, Deschamps being freelance, keeps him on his toes work wise, some work is more intense then others, and different publishers are more lenient then others, Magic: The Gathering, sent an Action script because they knew exactly what they wanted, Bloomsbury did not and Deschamps had to send multiple different sketches to him, not only is this much more intensive but this also stretches his mind not only in illustration but also in Graphic Design, and if he did not have these skills he’d lose out on money and connections.

What we can also see from his sketches is that they are pieces of art on their own, not messy lines and ill-shapen circles, they’re their own pieces of art, fully shaded with everything clear and fully presentable. As a designer my sketches can be very messy, going from idea to idea to figure out where text might go, or how a document will be oriented, but this is a much different kind of sketch, it is dedicated and precise because it’s not for ideation purposes rather it is for presentation purposes. This leaves no doubt in my mind that there is much more work not being shown, this art has to be strong and cannot be accompanied by much explanation, since as a job from a larger company this has to be presented by someone with none of these skills, to people who judge at face value whether they like it or not.

Each one for Bloomsbury was very different as well, one is a side profile of a boy’s head which is pretty surgical and kind of creepy, another shows the same boy just before a doorway, and the final, the accepted one, showed him at the gates of a large mansion with ghostly figures far off. This shows that in his process they are linked by subject matter but the entire composition is thrown out for the next piece, which again, takes mental focus and time.

Throughout the rest of the blog you see similar themes which continually impress me, sketches so different and yet so complete, action scripts and his interpretation and so on. It reveals to me the heavy mental side of illustration and the amount that a publisher can lean on the illustrator, as well as the differences between clients and the importance of a varied yet focused set of skills to accomplish different things for different people and for different industries.

As a book illustration, I’m willing to bet that he had to send in many different kinds of covers for HarperCollins and perhaps there was a Nondisclosure agreement explaining it’s absence from his blog, or maybe that has to do with it being a museum piece, I’m not sure, either way it seems like the publishing industry tends to have a lot more ideation then the more focused game companies, he probably had to send them in then get one approved and then move onto the coloring which would then get sent to their internal team. This is strengthened by the fact that his work on Fablehaven: Grip of the Shadow Plague by Brandon Mull, a book published by Shadow Mountain, also lacks an Action and contains multiple sketches.

All in all this leads to a greater appreciation of the art and the industries that illustrators work in, knowing that there is a lot that goes and does not go on behind the scenes, and especially adds weight to the importance and skill needed to be a freelancer working with different clients, tones, and people, for the best result. 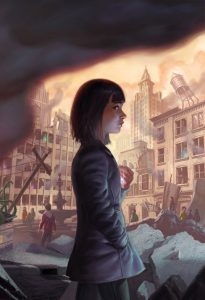 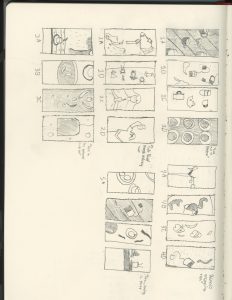 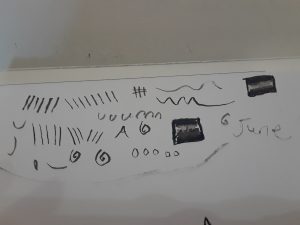 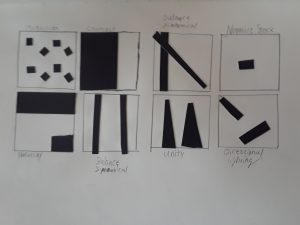 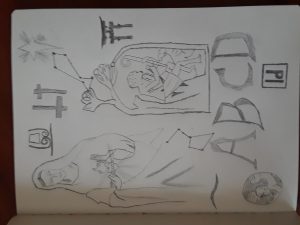 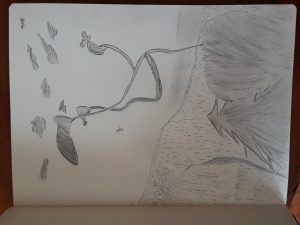 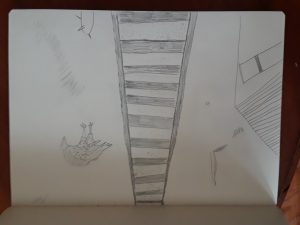 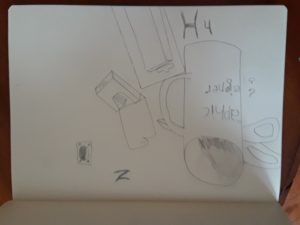