Promised from last week, I am going to end off my series and school year with another historic carousel. 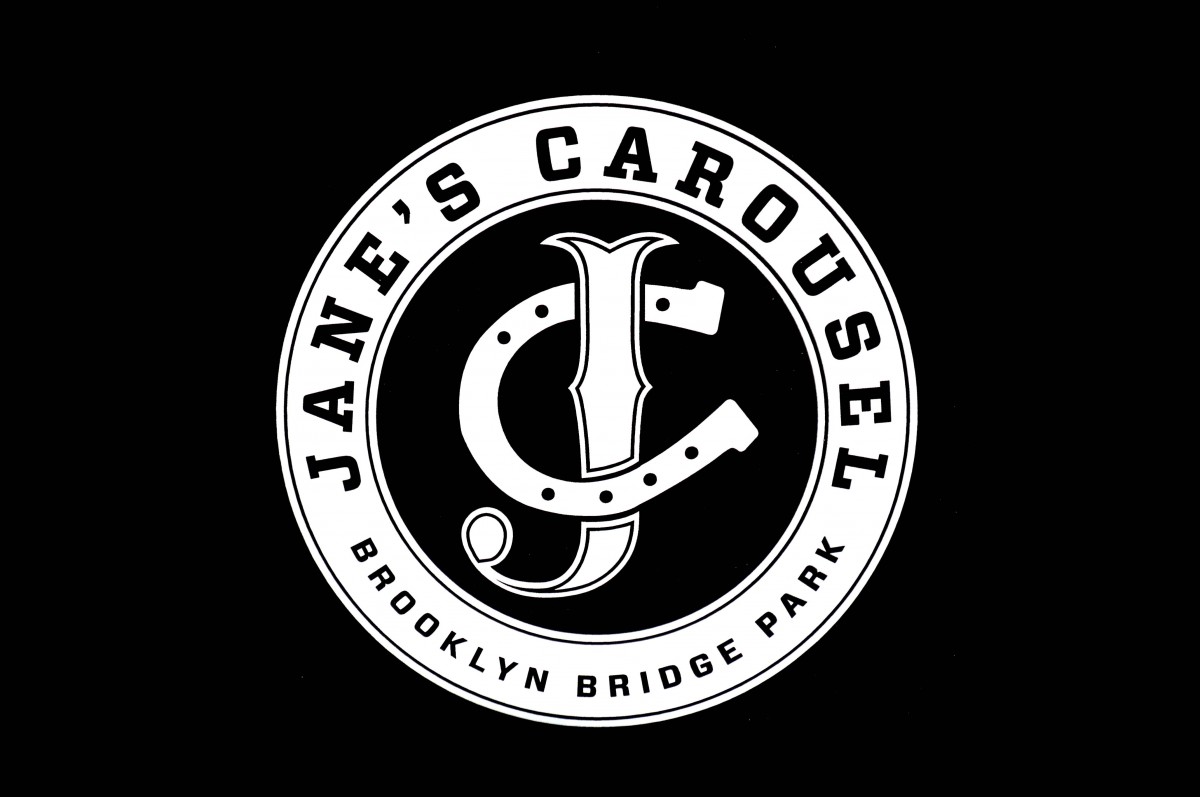 As finals roll in like an impending storm, the ways to enjoy free and unstressed time also quickly approaches our minds. I believe I started my “Post semester treat list” last week; the list growing exponentially. I know that I won’t possibly be able to complete everything on that list, but knowing that I have options is rather comforting. This post can easily be an idea for a post finals break. Away from those classrooms and walls that you have been looking at for the past several months. Close to the CityTech campus lies (or spins shall I say) historic amusement gold. Down by Brooklyn Bridge Park is Jane’s Carousel which seems to spin straight into the East River from some perspectives. 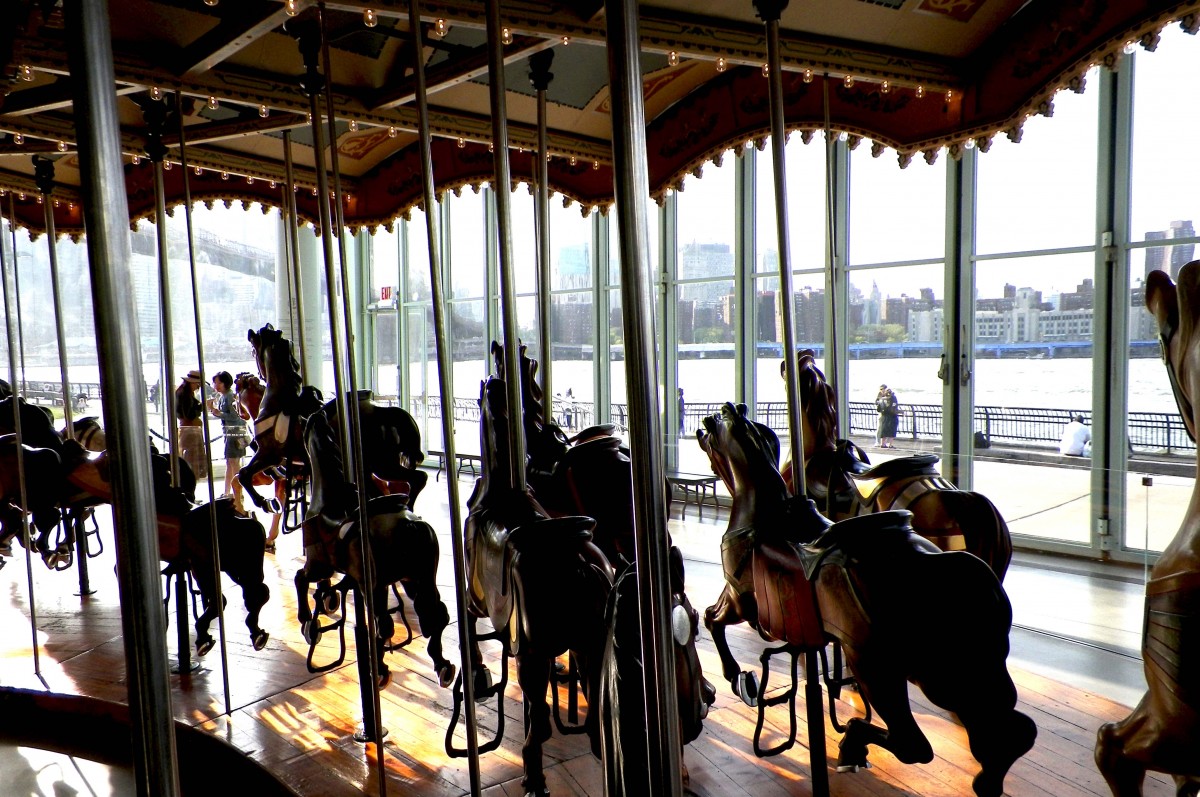 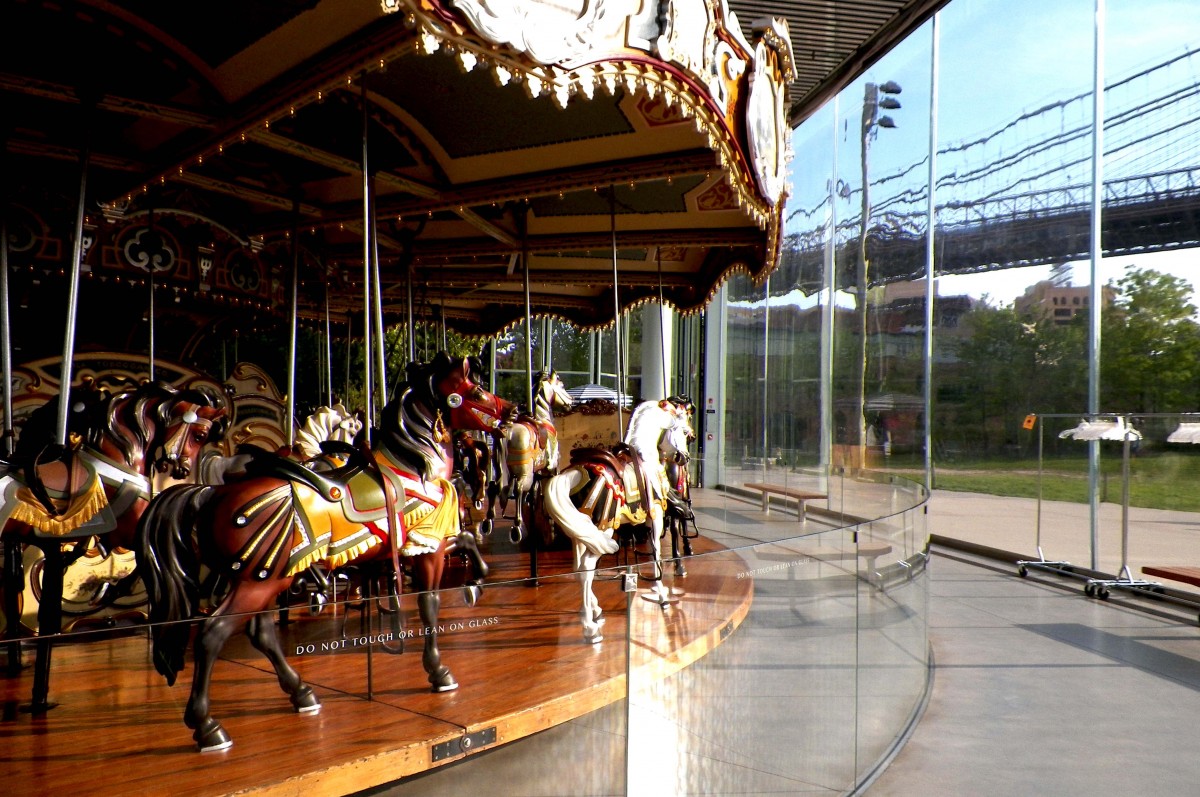 The carousel is not a product of NYC like the Central Park Carousel, it was actually made in Pennsylvania. According to The New York Times, it was made by the PTC aka Philadelphia Toboggan Company. As stated by Jane’s Carousel, Artists/sculptors, John Zalar and Frank Carretta, are known to be the hand carvers for the horses that canter round and round. The carousel was built in 1922 and placed in Idora Park which is in Youngstown, Ohio. The carousel would live and grow old in that town and even be listed on the National Register of Historic Places. The original carousel had thirty moving horses,eighteen stationary horses, and two chariots all under a wide umbrella-akin overhead shelter designed in revival styles of Colonial and Italianate. Which explains the motifs and paintings that adorn the ceiling and pediment on top of the carousel. 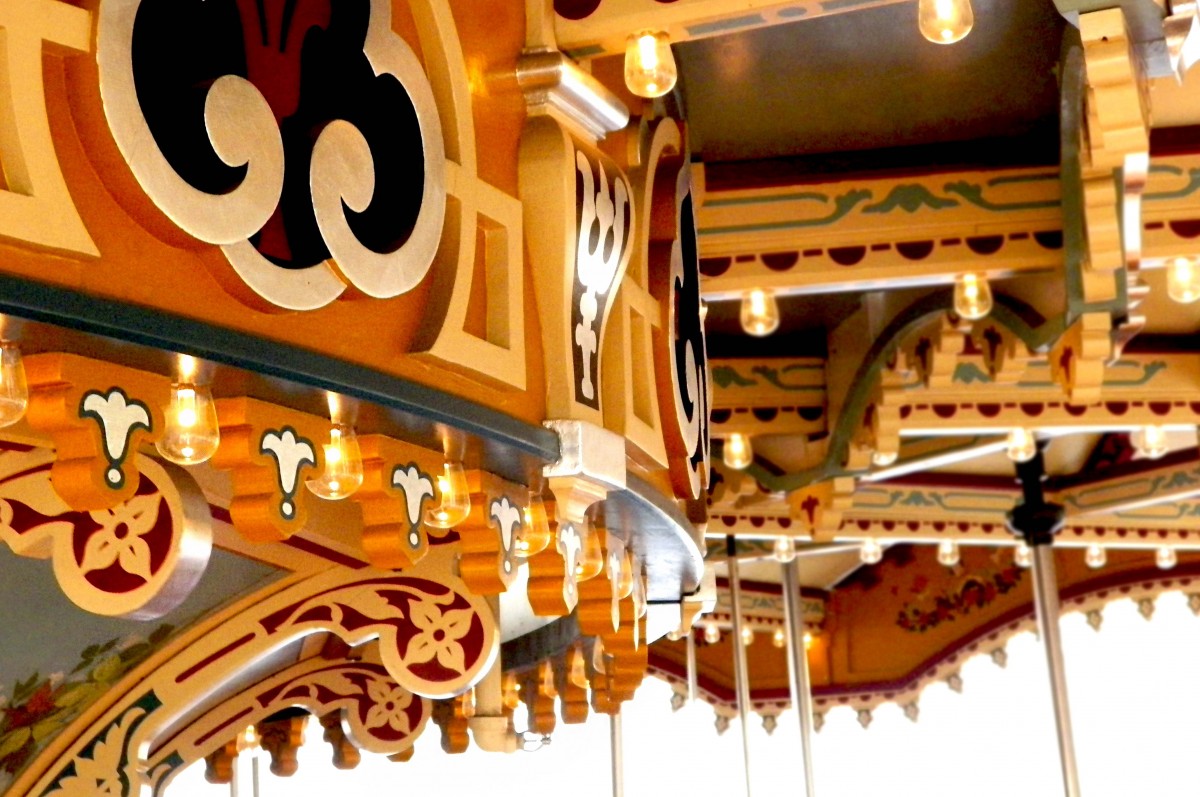 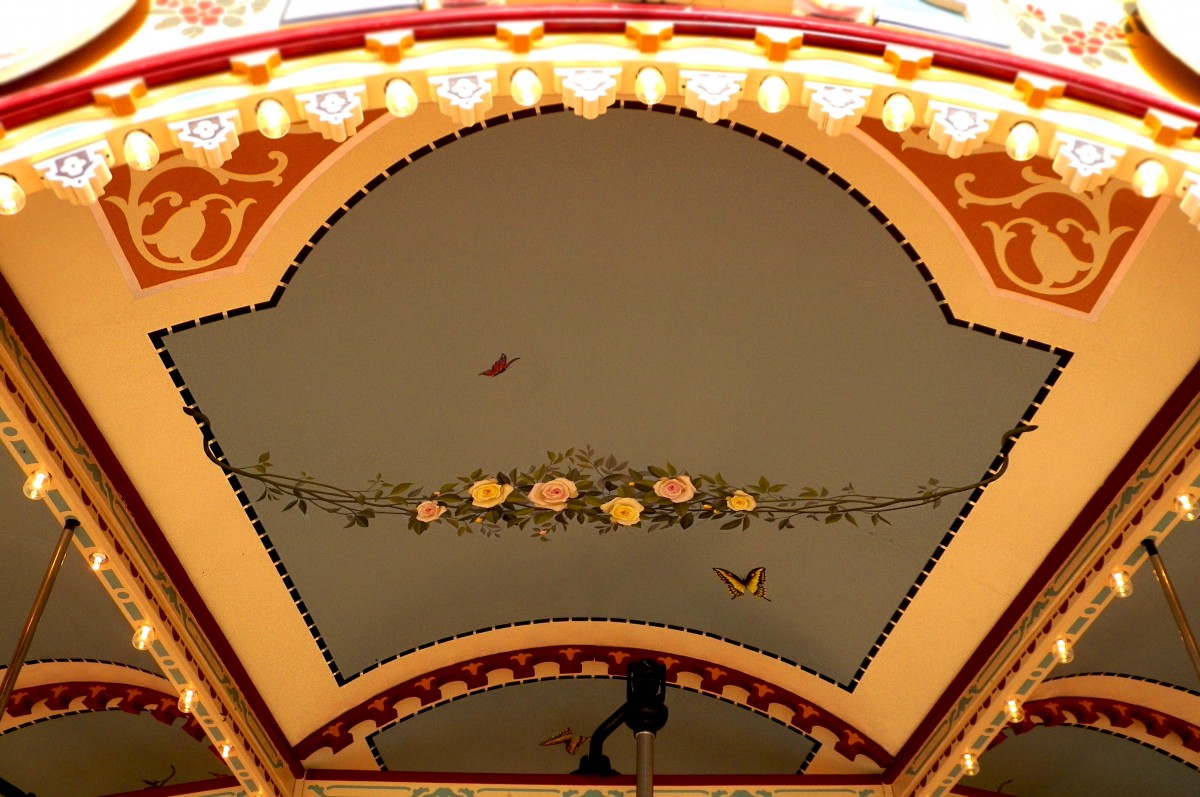 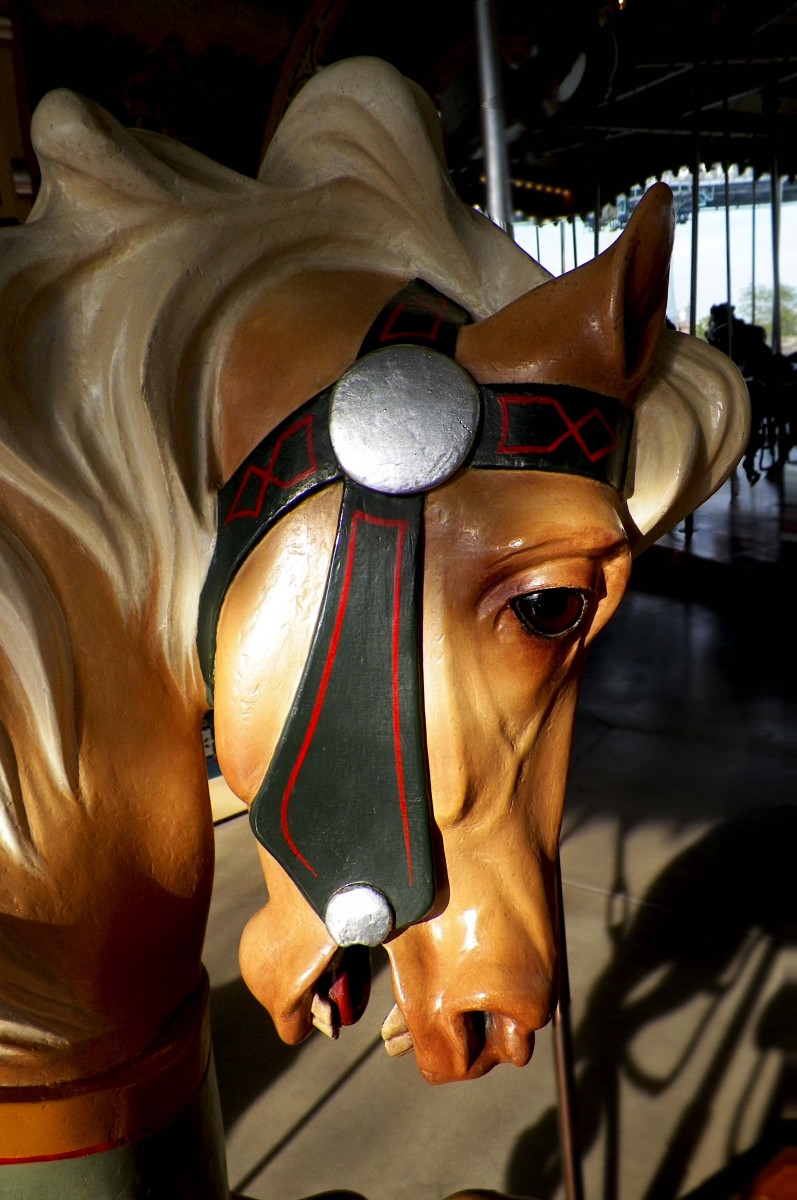 By the time of 1984 Idora Park closed and the parcel was sold; the amusement rides being auctioned or demolished. The beaten, weathered, and, quite frankly, old carousel was bought by Jane and David Walentas who then moved the faded Ohio glory to Brooklyn in the dire attempt to revitalize the, at one time, crowd-pleaser. 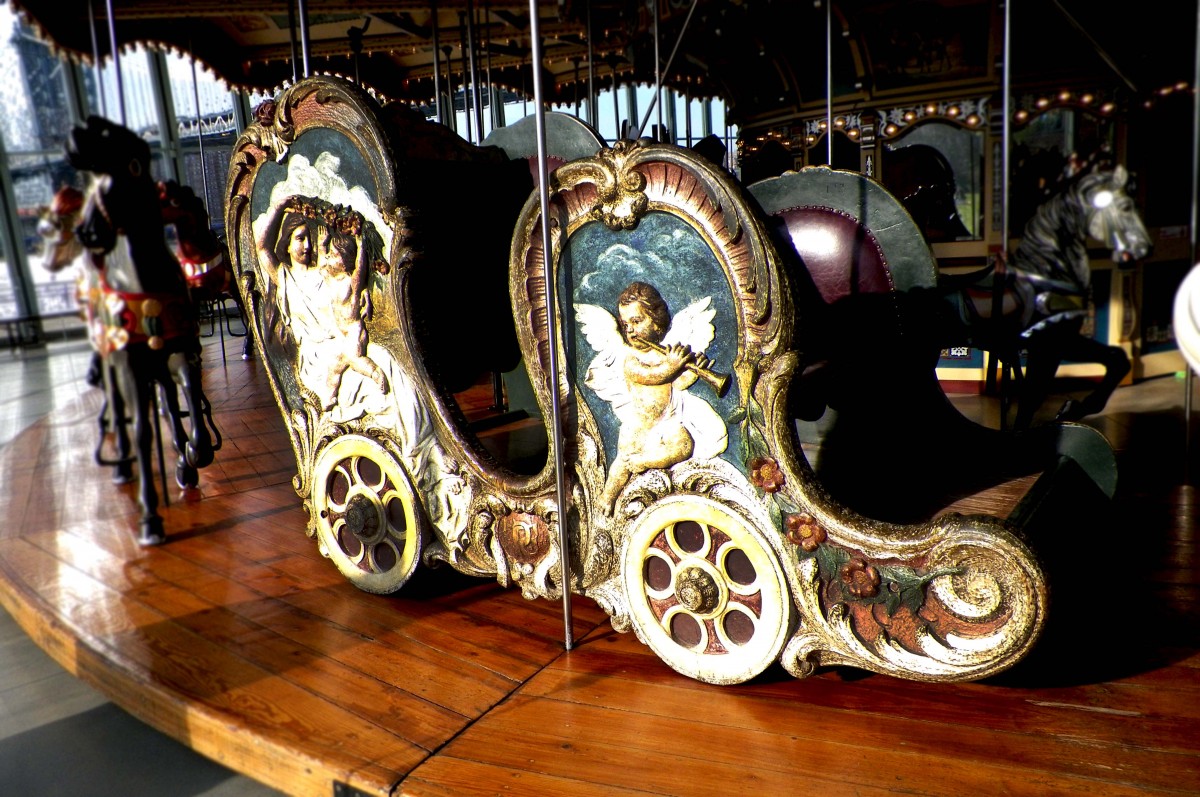 David was the Developer for the “Empire Fulton Ferry State Park” project, which is a part of Brooklyn Bridge Park (adjacent to Water St.). He thought it would be a good element to the park; and in time, it was. Jane’s responsibility was the restoration of the beloved carousel. Each hand carved horse was also rehabilitated by hand. She had to carve off each layer of 60+ years of paint with an X-acto knife according to Jane’s Carousel (as aforementioned). If you are in the architecture major or any other major that prompts you to use one of these knives, then you are familiar with how tedious and slow moving the process can be. Over twenty years later the restoration was complete and the Walentas’ revealed the carousel in 2006. This was when the carousel was reborn as “Jane’s Carousel.” They then donated the carousel to the park and had a pavilion be placed over it for a permanent home. 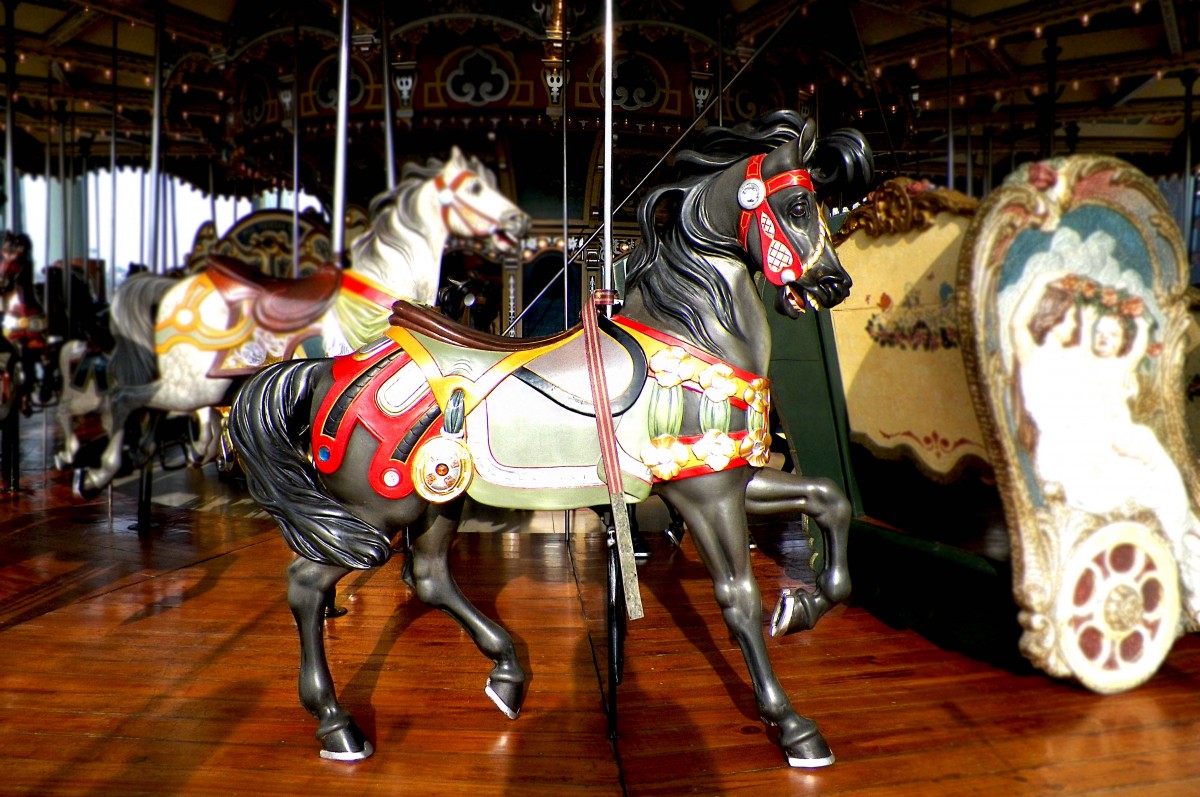 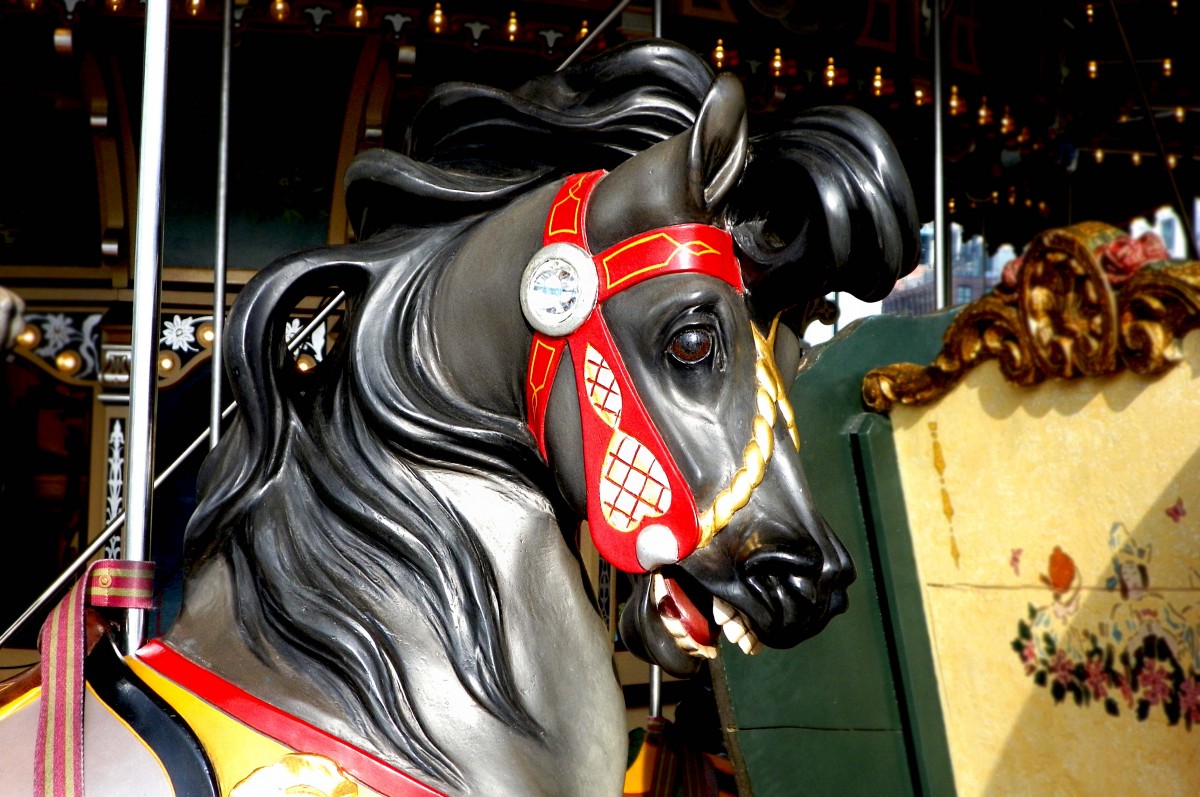 The pavilion was built by world renowned French architect, Jean Nouvel. He decided to put a simplistic acrylic box around the carousel. The box has two facades with floor to ceiling multi-folding glass panels which opens the structure from two ends when the carousel is in service to the public. The other two facades are just floor to ceiling acrylic panels. The entire carousel, including Nouvel’s pavilion, opened on September 16, 2011. 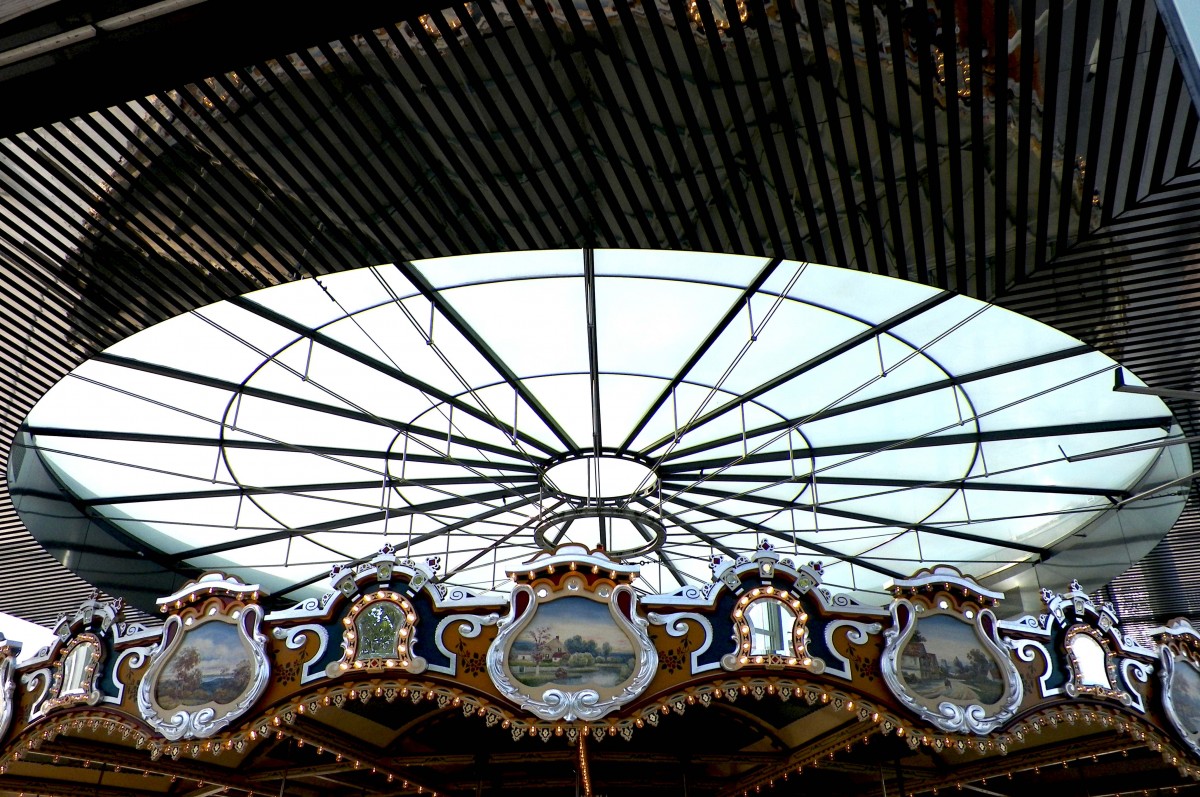 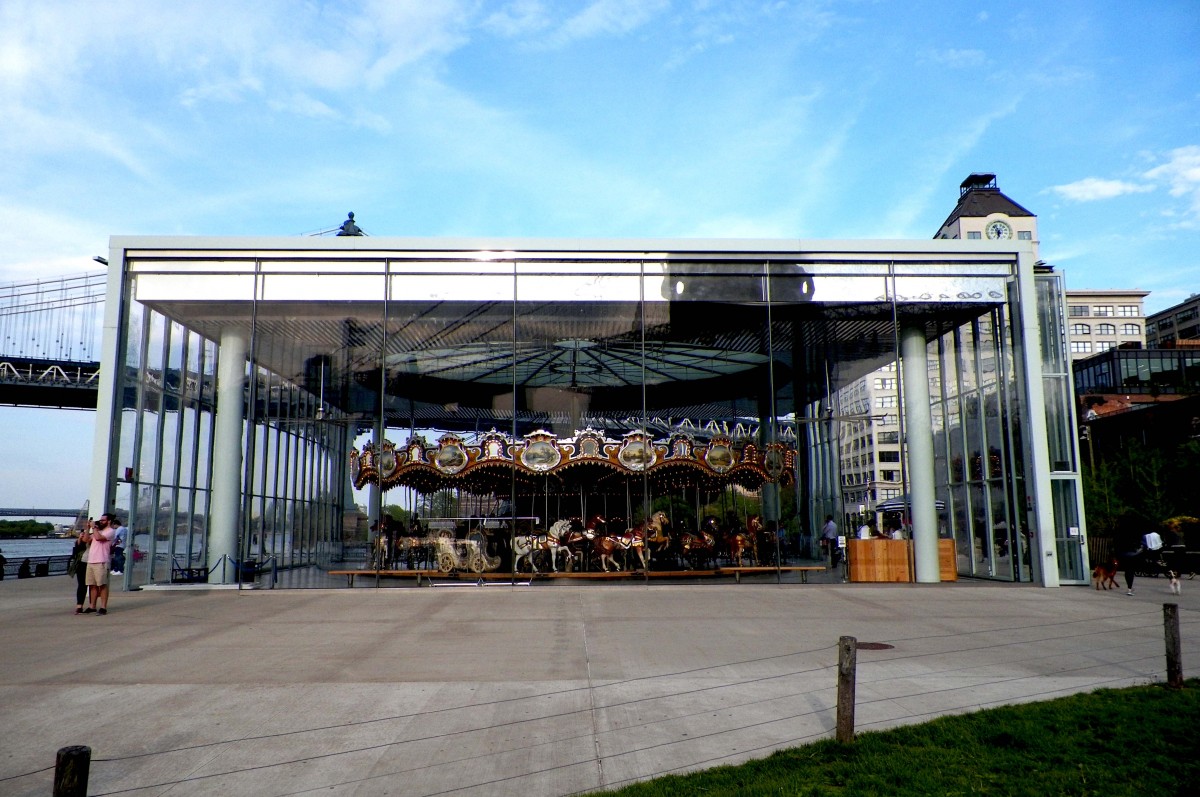 When I visited Jane’s Carousel, I noticed something, as the beautiful light brown horse I rode galloped to the calliope music. In the center of the carousel was a speaker radiating the music, instead of the original organ that normally operates with the carousel. Turns out, The Wurlitzer Style Organ is a surviving antique and currently lives at DeBence Antique Music World in Franklin, Pennsylvania. 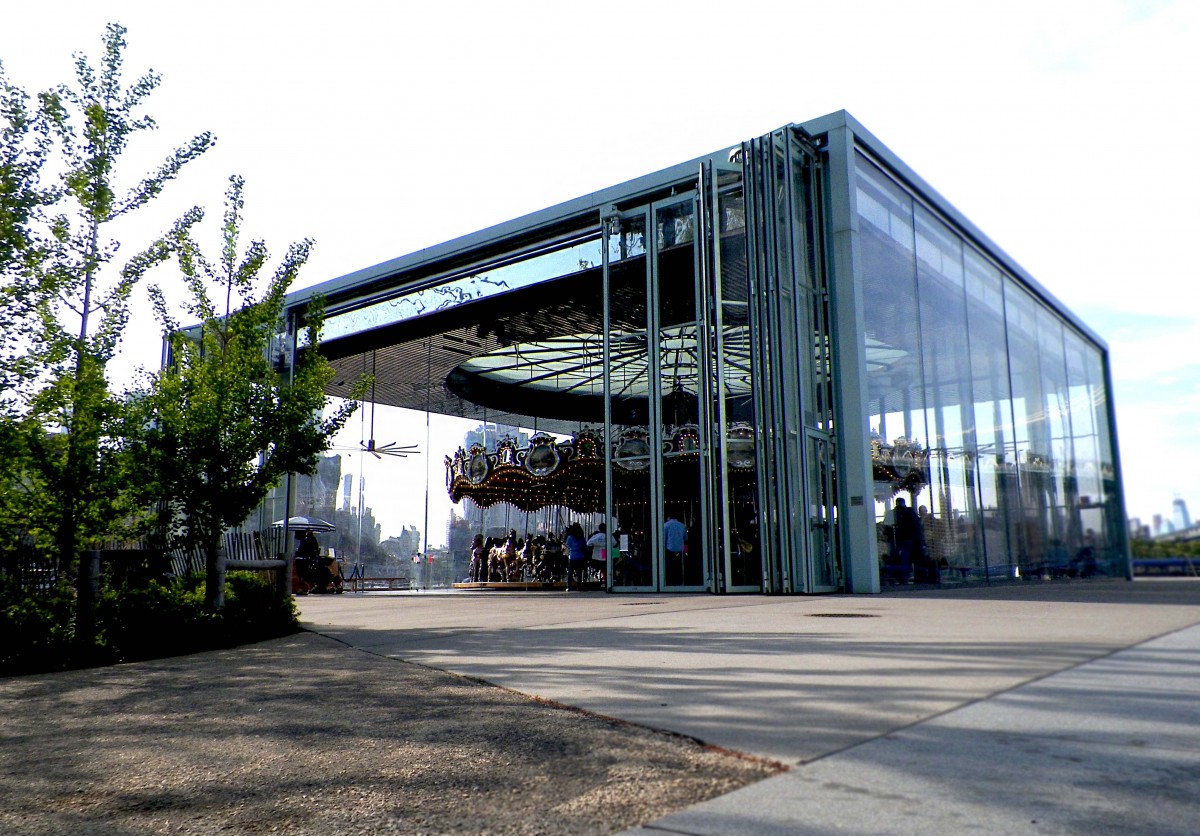 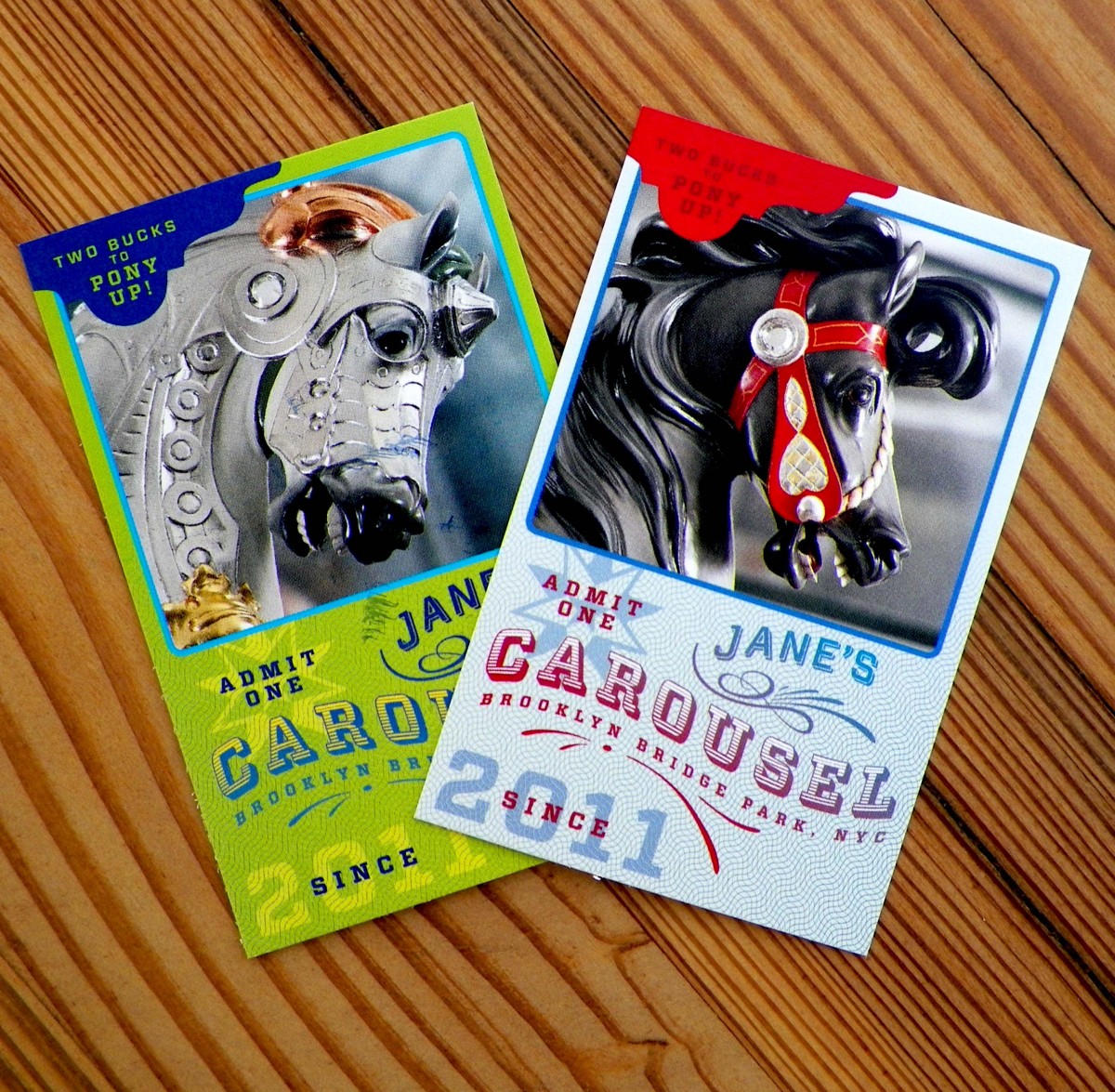 So after you make it rain with your Spring 2018 class notes, maybe you can also treat yourself to some much needed and well deserved downtime with a ride on Jane’s Carousel and some ice cream from The Brooklyn Ice Cream Factory. A ride is the low (low) price of $2.

One thought on “Galloping into the East River”