Found on page 108, chapter 18. “In her opinion,Helga had lived too long among the enemy, the detestable pale faces. She understood them too well, was too tolerant of their ignorance stupidities. If they had been Latin, Anne might conceivably have forgiven the disloyalty. But Nordics ! Lynchers ! It was too traitorous. Helga smiled a little, understanding Annie’s bitterness and hate, and a little of it cause. It was a piece with that of those she so virulently hated.”

This word was used to describe how Anne was a person and how she affected Helga emotionally. Earlier in the novel, Helga asked Anne why it was bad for a black woman to be with Dr. Anderson. Anne said that the Negro should stick together. Towards the end of the novel, Helga finally sees how toxic her friendship with Anne was. It made it harder for Helga to love herself and accept that she’s biracial and embraces it.

Dispensation – “an exemption from a law or from an impediment, vow, or oath may be granted a dispensation from the rule”

While re-reading “A Rose for Emily” I came across the same passage we looked at in class and wanted to look up what “Dispensation” actually meant. After discovering the meaning, it became even more clear to me how Colonel Sartoris wanted to make sure that Emily would not have to worry about paying the taxes. As we discussed it was due to the fact that Emily really had no real income, the only thing that was worth something was her family title.

I found this word in “The Story of An Hour” by Kate Chopin. It is located on the second page second paragraph in the third sentence. “But she saw beyond that bitter moment a long procession of years to come that would come that would belong to her absolutely.”

It makes more sense now that I know the definition and the way that the author means that Mrs.Mallard would be thinking about the way that she can move forward now that she only had herself to worry about.

Repression (noun) – a mental process by which distressing thoughts, memories, or impulses that may give rise to anxiety are excluded from consciousness and left to operate in the unconscious

I came across this word while reading “The Story of An Hour” by Kate Chopin (1894). It appears around the middle of the reading when the author describes the way the girl expresses herself, it caught my interest because I had an idea of what it meant but didn’t know it’s exact definition so it made me curious to find out what the writer was trying to get at.

“She was young, with a fair, calm face, whose lines bespoke repression and even a certain strength.”

After reading the definition of the word I better understand the context of how the author was using it in that part of the text. As seen in the quote, it’s used to describe how the girl is expressing herself and give insight of what’s going on inside her head, as if she’s trying to suppress something and not think about it even though it’s there. It’s similar to bottling up emotions as a way to cope with issues.

From “The Story of an Hour” by Kate Chopin

“She could see in the open square before her house the tops of trees that were all aquiver with the new spring life.”

Here, Kate Chopin uses the word Aquiver to describe how the trees were reacting to the spring weather. This means that the trees were shaking or vibrating in the wind.

1: the action of proclaiming : the state of being proclaimed
2: something proclaimed; specifically : an official formal public announcement
https://www.merriam-webster.com/dictionary/proclamation
This word is from “The Wicked Stepmother” Indian version. “He took it to the king, who was so interested in it that he issued a proclamation and set it to every town and village in his dominions, that whosoever had missed a nose ring should apply to him.”
In this sentence when a king finds a nose ring from his meal, he wonders who’s nose ring it is and tells his servants to announce to his country who’s nose ring was missing and let his Majesty know who is the owner of the nose ring.

Carrion
Noun
Definition : dead and putrefying flesh (most likely animal)
I found this definition on https://www.merriam-webster.com/dictionary/carrion
I ran into this word in the Cinderella story “THE LITTLE RED FISH AND THE GOLDEN CLOG”. A story from IRAQ
“Then she asked for arsenic and lime, which weaken hair and make it fall out, and an ointment that smelled like carrion”.
This word was used because the evil stepmother was trying to make her stepdaughter smell bad and look ugly so she wouldn’t marry the prince. Fortunately for her it didn’t work and made her even More beautiful. 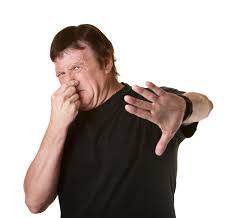