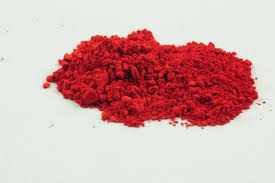 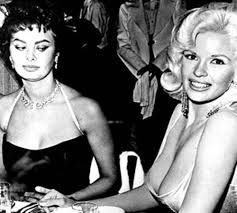 One night when the moon light came through the window, Jane thought she saw the wallpaper  move. The faint figure behind seemed to shake the pattern, just as if she wanted to get out. She got up softly and went to feel and see if the paper did move, and when she came back John was awake.“What is it, little girl?” he said. “Don’t go walking about like that—you’ll get cold.”” She woke john by accident but thought it was a good time to talk. She told him she wanted to leave, he said no because there wasn’t any good reason. He thought it would be better if they stayed because she was getting better. She said “Better in body perhaps”—I began, and stopped short, for he sat up straight and looked at me with such a stern, reproachful look that I could not say another word.” He told her not to think or speak in that way and that she was being foolish. They only had 3 more weeks in the house and there was no reason to leave early. She didn’t say another word.

For the rest of her time there she focused on the strange paper. At first the paper just seemed strange and shapeless but soon enough it started to take form. “I didn’t realize for a long time what the thing was that showed behind,—that dim sub-pattern,—but now I am quite sure it is a woman.”. What she saw behind that paper was herself, a version of herself that was free. Charlotte reflected the parts of Jane she wouldn’t show to others. Charlotte creep by day and hide in the shadows whenever someone passed by. Jane would never creep by daylight, she taught it was humiliating. When Jane creep at daylight she would lock the door so john wouldn’t suspect something. They seemed like parallels.

As the days came to an end Jane wanted to tear that horrid paper from the walls, she wanted to free the woman trapped behind, she wanted to free herself  “As soon as it was moonlight, and that poor thing began to crawl and shake the pattern, I got up and ran to help her. I pulled and she shook, I shook and she pulled, and before morning we had peeled off yards of that paper.” Tearing down that paper, setting her free, to Jane that was a form of rebellion to her husband. Jane was in fact sick physically but her husband caused her health to deplenish mentally as well. By tearing down the wallpaper she could now show him what he created “I don’t want to go out, and I don’t want to have anybody come in, till John comes. I want to astonish him.”. She kept tearing down the paper until john came banging on the door. She had locked the door and throw the key out the window, so she told him where he could find it. John went down and got the keys to unlock the door. He was worried for his wife, as he unlocked the door and entered the room he saw his wife tearing the yellow wallpaper from the walls. Charlotte saw john enter the room and kept on creeping as she was before. I kept on creeping just the same, but I looked at him over my shoulder. “I’ve got out at last,” said I, “in spite of you and Jane! And I’ve pulled off most of the paper, so you can’t put me back!’. From seeing thing john fainted but charlotte kept creepy over him trying to remove the rest of the paper.

The Yellow Wallpaper  was written in first person but will be retold with a third person limited narrator to give the reader a different point of view. The yellow wallpaper takes place in an old mansion, the narrator is ill and stays in a room that has old yellow paper on the wall. The story focuses on her writing down what happens in the house during the summer. She speaks about her husband and her health but her focus is on her fixation with the wallpaper in the room she stays in. In my retelling of the story I try to focus more on her fixation with the wallpaper and how she later on starts identify with it.

I originally wanted to have a 3rd person omniscient narrator  but I found myself only focusing on Jane and charlotte, I consider the two be the same person so I decided to change it to 3rd person limited. In both stories it shows Jane and charlotte becoming one. “I don’t like to look out of the windows even—there are so many of those creeping women, and they creep so fast. I wonder if they all come out of that wallpaper as I did?” in this quote from the original story you can see how it seems like there is two different personalities. Jane is responsible for the first sentence while charlotte is for the second sentence.  “What she saw behind that paper was herself, a version of herself that was free. Charlotte reflected the parts of Jane she wouldn’t show to others.”, this is a sentence from my version on the story shows clearly that jane and charlotte are the same.

In the yellow wallpaper things that are stated are indirect and vague which leaves the reader wondering, for example in the original story it wasn’t clear that John had caused his wife to go insane. While in the retelling I was straight to the point,it was clear that Jane had created Charlotte but they were still the same person. This changes the way the reader imagines and understands the story.

One thing that stands out in both The Cottagette & The Yellow Wallpaper is the types of relationships. In the story the Cottagette, Malda and Ford have an equal partnership.  “I was still too happy to think very clearly. I just sat and looked at
him. “But you want to marry me?” I said. “I want to marry you, Malda,–because I love you–because you are young and strong and beautiful–because you are wild and sweet and–fragrant, and–elusive, like the wild flowers you love. Because you are so truly
an artist in your special way, seeing beauty and giving it to others. I
love you because of all this, because you are rational and highminded
and capable of friendship,–and in spite of your cooking!””. Ford wanted to marry Malda because of who she was and what she loved to do. when he purposed he asked her not to cook because he realized it made her unhappy. She was shocked, Lois her friend told her if she wanted to keep a husband she needed to know how to keep a house which meant cooking and cleaning. Its wasn’t true in this chase.

In the story The Yellow Wall-Paper there is a controlling relationship. The husband, John is in control of his wife.  ““Better in body perhaps”—I began, and stopped short, for he sat up straight and looked at me with such a stern, reproachful look that I could not say another word.
“My darling,” said he, “I beg of you, for my sake and for our child’s sake, as well as for your own, that you will never for one instant let that idea enter your mind! There is nothing so dangerous, so fascinating, to a temperament like yours. It is a false and foolish fancy. Can you not trust me as a physician when I tell you so?”
So of course I said no more on that score, and we went to sleep before long. He thought I was asleep first, but I wasn’t,—I lay there for hours trying to decide whether that front pattern and the back pattern really did move together or separately. ” She can’t state what’s on her mind if her husband disagrees with what she’s saying. He tells her what to do and when to do it. she listens because she believes he’s this way because he loves her.

Ford asked Malda to go Hugh’s Peak and she objected to it because she did not want to create more work to do in the house.

Furtive [adjective] : attempting to avoid notice or attention, typically because of guilt or a belief that discovery would lead to trouble; secretive.

To express to the reader that the path that lead to the cabin where they would get their meals, was so small and covered by plants, you could barely notice it.

This Cinderella story is very similar to the story i grew up reading. The princess Cinderella is treated badly by her step mother because she was more beautiful than her daughters. Cinderella doesn’t want to trouble her father because shes afraid her father would scolded her, so she keeps the fact that her step mother and step sisters treat her unfairly to herself. Despite them treating her poorly she’s still kind to them. Later on she gets the prince that every other girl in the kingdom wants. This story is practically identical besides a few difference. In the story, they explained that she got her name Cinderella  from cleaning the chimney, they originally called her Cinder-wench but one of the sisters called her Cinderella instead because they felt sorry for her and that name stuck eventually. In the story i know with, her name was ella and one of the sisters called her Cinderella because she had cinder all over her face and clothes from making a fire in the fire pit. Another difference was that there was only one ball in the original story, but in this version she attended two balls but at the second one is where she lost her slipper. The last difference was that Cinderella found husbands for her step sisters once she was married to her prince. The story itself doesn’t say much about Frances culture  expect for when the too step sisters were preparing for the ball and one of the sisters said she would wear a red velvet suit with french trimming but besides that to me the story doesn’t reflect much on Frances culture.