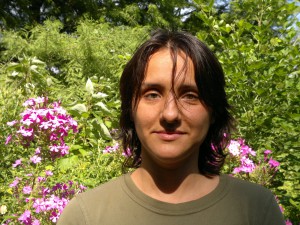 The Graduate Center of  The City University of  New York

Doctor of Philosophy in Electrical Engineering, Photonics and Remote Sensing,May 2008

The Graduate Center of  The City University of  New York

Graduate Assistant Fellowship awarded by The Graduate  School and University

During the research period I focused on the design and alignment of the optical system of a photothermal interferometer used for measuring the light absorption cross section of BC (black carbon) in the atmosphere. All sensitivity analysis were performed in lab. As part of a FAST (Faculty and Student Teams) Program, myself and my students also participated in an IOP (intensive observational period) of physical, chemical and optical properties of aerosols at Brookhaven National Laboratory. These parameters were measured over a period of 10 weeks. During this campaign 4 sea-tainers loaded with more than 20 environmental instruments performed measurements of the above mentioned aerosol properties. Our team’s responsibility was to install, configure and perform data reduction with and from an MFRSR instrument and further perform inter-comparisons between the aerosol optical depth collected with this instrument and a Cimel sunphotometer and respectively Microtops II Ozone and Sunphotometers.

My research work primarily focused on atmospheric monitoring using a LIDAR system in 5 wavelenghts for measuring the aerosol properties using Mie (355nm, 532nm, 1064nm) and Raman(387nm, 407nm) channels. This involved development of the optical system required for LIDAR outdoor measurement of the backscattering and extinction coefficients, conducting analysis to evaluate aerosol properties in the atmosphere  and calibrations of the system for the validation of the measurements. The hygroscopic properties of aerosols have been investigated and a hygroscopic model returning the optical properties of hygroscopic aerosols has been developed. Sensitivity analyses performed on the models resulted in the model ability of identifying unknown atmospheric states that have being explored. Currently I am working on developing a model that allows for the retrieval of the atmospheric optical parameters based on data fusion from various instruments. Comparisons and validations are performed against the CMAQ model and lidar instrument located at CCNY. All the lidar data analyses are made using MATLAB and data collection is done with Labview. My research also involved operating, maintaining and coordinating measurements of a Fourier Transform Interferometer (FTIR) for monitoring greenhouse gases present in the atmosphere. The FTIR uses an AutoQuant Pro Interface. The FTIR measurements were performed at both CCNY and Princeton University. For  validations of the measurements we used several instruments among which I would list the Eddy covariance station (for carbon dioxide) installed at the Princeton campus, meterological station measurements (for water vapor in the atmosphere) and various other hand held instruments (for ozone and carbon dioxide). In the data analysis process we used Hitran database to determine atmospheric concentrations of trace gases.  The work in the laboratory also included the design of an inexpensive, compact hyperspectral Planar Fabry Perot (PFP) land and ocean imager in conjunction with filters, conventional CCD detectors, and the system of lenses to accomplish spatial-spectral filtering over the visible /near infrared (VIS/NIR) band important for satellite imaging applications and outdoor measurements of the atmosphere. My work also involved analyses of National Oceanographic and Atmospheric Administration (NOAA) satellite data to determine cloud heights, temperature using Matlab program and Linux platform of operation. From my work as a PhD student, I would like to mention here the one conducted under the coordination of the chief scientists at Northrop Grumman, Antony DiNardo. The exposure I had in the Earth Remote Sensing and Space Surveillance System was extremely valuable. Learning about Radiative Transfer, Earth Views And Top-Level Sensor Design, Resolvable And Irresolvable Sources And Targets, Energy on Detector (EOD) And Phasing, Sensor Spectral Selection , Noise, Signal Processing as Limited by Space Environments, Statistical Approach to systems understanding , Sensor Forms: Scanner And Starer, Pixel Formation, Resolution And Line- Of-Sight Determination  and Space Surveillance System Engineering deepened my passion for working as a system engineering for a space agency.

A summary of some of the instruments used in the research are:

–        Supervised the measuring and testing process,

–        Issued certified bulletins on electro-security standards for different devices and apparatus produced and imported in Romania by Kenwood, General Electrics, Panasonic and other Romanian and abroad manufacturers.

New York City College of Technology of the City University of  New York,

The classes taught at NYCCT are

The teaching involves lecturing and preparing the material for

As an active lecturer within the department I have been teaching

Linear Algebra, Statistics I & II, Precalculus, Mathematics and the Modern World, Mathematics for Health Science, Mathematics in Action and College Algebra and Trigonometry. Being an active participant in the Center for Teaching and Learning seminars that offered a wide range of classroom-focused professional development programs I had the chance to give my students the opportunity to understand mathematics through the SENCER (Science Education for New Civic Engagements and Responsibilities) approach. The SENCER project is promoting mathematical and statistical reasoning in compelling contexts under the umbrella of environmental sciences. Another important teaching tool used in the mathematics classes was the  implementation of e-Portfolio as a new technique that offered the students to collect, select and reflect on their work over the years as students at LAGCC and not only.

-Definitely one of the best professors. She explains things very well, she is clear, she knows the material and what’s most important she cares about her students. She is always available to answer your questions and she is understanding in case you have any problems. Her exams are reasonable, she gives credit if you show that you know what your doing.

-This professor is into her work and thus makes the course very interesting. EE330 is a very involved: your Physics, Calc, Chem. and “imagination” have to be in tip-top shape if you want to be challenged and receive a good grade. 1-semester is definitely not enough for any professor to cover this course. IT WAS A WONDERFUL SEMESTER PROF.THANKS AND GOOD LUCK!!