This is my poster.

This is my presentation.

This quote from the article is something I very much agree with. I knew since High School that with the explosion of the digital age that jobs were going to be done more and more by AI and thus eliminating the human workforce. Which would lead to laziness, I believe but it also greatly impact the economy. Now, a part of this talks about someone from a different industry joining this industry would need to reinvent themselves and that would be difficult task, which I am sure it would, but it would still need to be done and this person would need to stay up to date within this industry. I am worried about this push, this greater push to work and eventually (i think) live in the digital space will go to far and cause us to push ethical boundries which would causes us to move those boundries so we could make difficult ethical decisions but not have to worry about the potential consequences.

I actually did not have an intial VR/AR/MR experience. I never played Pokemon go or anything like that but I did go to this museum when I was a kid and it was an AR experience and it was cool, exciting and awe inspiring and such. Now, i greatly remember it but I cannot remember the name of the exhibit but I wish I did.

Pictures from one homework.

Pictures from the other homework.

You play as a man who has lived underneath an oppressive regime, and you are no longer comfortable with the regime’s indoctrinartion. Run, Jump, and Slide your way to a better life. Inside The Storm. 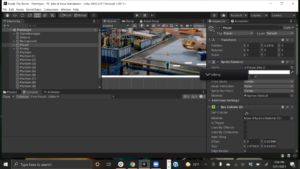 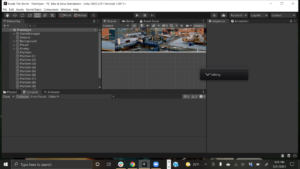 In my playthrough for about 5 mins, I did not know the game actually started. I was loaded into the game, but all I saw the game title on a washed out white board, and I thought for 5 mins the game was still just loading. That was pretty interesting for me, and as I continued to play, I was going through a basic set up of a company space, or at least that’s how it all looked to me. Very weird and intriquing the game is. Through my playthrough, I noticed mugs of coffee all over the floor and all over several desks implying something chaotic took place recently. I saw more signs of chaos through the area: papers tossed all over, chairs thrown around, and just the general feeling of chaos.

I did not play for long due the fact I had other homework to finish today, but I will definitely continue to play this game at a later date.

Working title: Inside The Storm

Concept statement: A cross between Mario and Vector. Jump, Slide, and Run your way out of a corrupt system.

Target Audience: Ages 12 and up.

Unique Selling Points: Do you like Mario? Do you like Parkour? Then this is the game for you.

Player Experience and Game POV: You play as Eduardo: a South American man born and raised in oppressive regime in Argentina. The year is 1976, and you a have regime to overthrow.

Game World Fiction: You must fight to liberate your nation from oppression.

Monetization: Cosmetics; players will the option to purchase different costumes for the player.

Platform(s), Technology, and Scope(briefly): Consoles, and PC. 2D design and made with Unity.  15 to 18 months to make. 10-12 hours to complete. Major risk includes, players not being interested in platformers anymore.

Core Loops: Not sure yet.

Objectives and Progression: Player moves by analog if on console or by WASD if on PC.

Interactivity: As the player interacts with the environment , whether it is with a character, a weapon, or even a platform, it is done to keep the player invested in the dynamics and mechanics of the game.

Walden is a indie, adventure, walking simulator, and philosophical game. The game primarily uses basic PC controls a.k.a WASD plus the mouse to help you look around the world.

Walden, a game is a balance between several goals: surviving in the woods through self reliant living; seeking inspiration in the woods through attention to animals, sounds, solitude and books; and exploration and discovery of the social and personal context leading to Thoreau’s experiment.

The survival simulation focuses on the four “necessaries of life” as described by Thoreau in the book Walden—food, fuel, shelter and clothing. Players must care-take these aspects of their life in the woods in order to maintain their energy. If they fail to do so, they will faint from exhaustion.

It is a quite experience, very calming music, and engaging when you give yourself to Thoreau’s experiment, and try to adhere yourself to the necessities of life. I did not play for long, but I got a good idea of what is expected of the player.

FTL is a type of game I don’t have much experience in. Not that I don’t indie games, in fact I play indie games quite a lot (Castle Crashers anyone?), but I don’t play turn-based strategy, simulation games. I also did not play this game for long, less than 30 mins I think.

You play as a captain of a spaceship that needs to save the Federation from the Rebellion, and many things can go wrong. You and your crew (you get three characters in total including the captain) can suffocate, you can die if any enemies invade your ship (which can be done while you engage a rebellion ship), and you could starve. So, this is game is fairly realistic, and also you must take of your ship. This game makes you feel like a captain of a ship, and gives you all the responsibilities of it.  Also, since I am not a PC gamer, it also made it difficult to play and enjoy. Your crew mates can die very easily, and very often, so unless you have experience with these types of games or have a great deal of time and patience to play this, I wouldn’t recommend it.

Below are the controls for PC:

A mash up between Gone Home and Man Of Rage.

Carlos Penicia and Katie Greenbriar are in a relationship and Katie decides to bring him to her home to meet her parents. They met while she was vacationing around the world. She helps keep his anger in check and he protects her from threats such as himself. Together they uncover the mystery of the disappearance of her family.

Game Concept: You(the player) play as a man (Carlos Penicia) with anger issues that gets into a life of crime as a way to have a catharsis for your rage. You were abused as a child by your mother, your father died before you were born, and you were raised in poverty. As you commmit crimes, and try to escape the authorities, your smash meter increases until it is full. Then you get unlease powerful attacks for a duration.

Pitch: Imagine a cross between early 2000’s Incredible Hulk games and GTA. Ladies and Gentlemen, I present to you, Man Of Rage.

My name is Philip Green,and I am currently attending City Tech in New York City.

I’ve had dreams, and aspirations to develop my own games (console, pc, or mobile). City Tech is the place I’ve chosen to help achieve my dreams.