Skip to toolbar
Skip to content
Write a brief paragraph to introduce yourself to your visitors and explain what they will find on this site. Be sure to add more developed content to your About Me page. (Edit this paragraph in Dashboard > Widgets > Text) 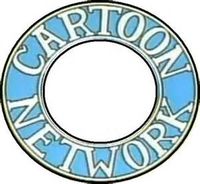 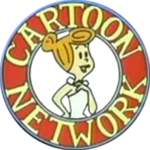 Designed by J.J Sedelmaier Productions used in the initial Phases of marketing (Pre-launch logo). Cartoon Network was the first network with the base premise was airing exclusively  all cartoons 24/7 as the main attraction to an audience. 1992, at this point the cartoon network was officially launched  across a series of cable platforms using a new logo, which comprised of a checkered design

The first few years of Cartoon Networks existence the channel would be simulcast along with TNT and ABC that were full service cable channels showing a variety of different genre programs. 1992 Hanna-Barbera new division was founded and started production on what was formally kwon as what a cartoon! (Cartoon cartoons). By 1995 it debuted showing all original programs or animated shorts by Hanna-Barbera independent animators. It was an attempt at bring back “classic Days.”

The Network was Able to use shorts as spin-offs series and signed contracts with their most popular shows such as Dexter’s laboratory. 1996 to 1999 more series were added like Johnny Bravo and The Powerpuff Girls in an attempt to appeal to different audience than average Saturday morning cartoon viewers. 1996 turner broadcasting merged with Time Warner, it consolidated ownership of all Warner Bros cartoons. But most of the cartoons were contracted to air on other networks such as Nickelodeon and ABC. The new Block began airing 1997, this was also the year Toonami was created one of the longest running block cartoon network has had. It aired action based cartoons and Japanese animation series like Dragonball-Z and Gundam Wing. 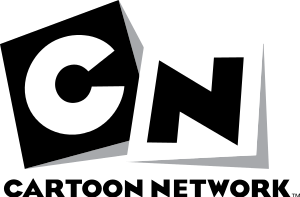 2000 Cartoon Network Launched a digital Cable channel Known as boomerang which primarily aired retro series and shorts. From 2001 the Cartoon network added new series years by year till 2005.   2006 cartoon Networked aired it first live-action TV movie Codename: Kids next-door Operation Zero.  During that year Samples former president resigns due to bomb scare in Boston cause by packages left around the city that was an outdoor marketing campaign to promote an adult swim series called Aqua Teen Hunger Force. Stuart Snyder was name samples successor by September 1st. the network revamped with bumpers and station IDs and HIVE Songs. 2007 Cartoon network aired its first live-action series called out of Jimmy’s head. By 2008 Cartoon network announced “Catoonsitute” a similar project as to “What a Cartoon!” though cancelled.  This year the Toonami block was cancelled after its 11 year run and animator Greg McCracken Creator of Powerpufff Girls Leaves after 15 years.

June 2009 saw the introduction of “CN Real” a block of live –action feature films from Warner Bros and New line Cinema. 2010 attained a new   identity  (Present Logo design), Adult swim expanded by an hour from 10 to 9 pm. 2011 Cartoon network aired it first sport award show called Hall of Game Awards hosted by Tony Hawk. During the next few years had More Changes year by year than any previous time. Showing its First Documentary on anti-bullying with special appearance from President Barrack Obama to their 20th anniversary of Cartoon Network airing Cartoon Planet Showing all Original Programing from 1990’s to 2000’s. May 20th 2013 revamping the look yet again by adding new graphics sounds bumpers and background from traditional black and white. By next year Snyder was removed as president and Christina Miller became the successor.  October 21 2014 unfortunately Cartoon network also with CNN and Boomerang Were Dropped from Dish Networking the United States after Turner Broadcasting Declined to renew contract with Dish but was later restored on 21 November. May 30 2016 Cartoon Network Refreshed the channel with new graphics Based on previous rebrands in the check it Family called “dimensional” these were 3-d Characters in CGI, stop-motion and 2-D graphics techniques.

Link to research paper with logo pictures in it: logo-research-assignment 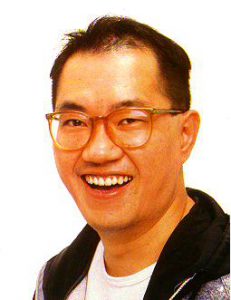 This research paper is about a man who made some of the most Iconic series of manga, animation and video games. Iconic series that today still have strong presence, and past influenced and inspired many people. It explains my reason choosing him as the main topic of the paper and how his work paved the way to the Present. Giving insight into his life and accomplishments, and further more explaining how these accomplishments appeal to COMG and CDMG.

Akira Toriyama was born in April 5th 1955 in Nagoya, Aichi Japan. He spent his childhood and, much years in kiyosu, a largely rural area outside of Nagoya. At an early age he had a passion for drawing and was influenced by the productions such as Disney movies and Osamu Tezuka’s “Astro Boy.” But his interest later dwindled and went to westerns, war films and science fiction. In later years Toriyama entered a technical High school in Nagoya to study Design. Against his parent’s wishes he did not continue his studies in universitybut began working life. At the age of 20 years old his first job is an in-house graphic designer at a small advertising firm in Nagoya. He later resigned after three years because he resented the workday routine. While seeking employment, is when he decided to enter a Monthly Jump magazine contest as amateur contestant to win prize money. Entering twice he was unable to win the first time due to disqualification, and couldn’t capture the second time around. However after Mysterious Rain Jack, A few months later he was contacted by Kazuhiko Torishima with words of encouragement to try harder. After many refused projects his ambitions were low but regained hope because Tomato, Girl Detective.

1980-1984 Age 25 and living with his parents Toriyama became “Manga Superstar” From his published project Dr Slump of a perverted professor and his small but very strong robot Arale, eqarning him an award for best Shonen Manga series of the year and sold over 35 million copies in japan. This was small in comparison to his next move. 1984 was the release of dragonball which was an instant hit shattering his previous project, selling over 156 million copies in japan alone. The vast popularity of Dragonball Sky-rocketed Shonen Jump Magazine Circulation to new heights, new record of 6.53 million copies sold. Dragonball series lasted from 1984 to 1995, 11 astonishing years. During all this he produced 519 chapters with further more successes of the manga leading to five anime adaptations, animated movies, video games and merchandising. Some of these adaptations are DragonballGT (third adaptation) and DragaonballSuper (fifth adaptation). All though these adaptations were not from the manga Toriyama played a key role in character design. Not being the last of toriyama ventures: He has designed an electric car, worked on a crossover (having to two different in one special airing) episode between Eiichiro Oda’s One piece and dragonball, collaborated with Shonen Jump to create video awareness and support fpr those where’re affected byy 2011 Tohoku earthquake and Tsunami, but these were just a small glimpse into what her as done and presently still doing.

Why I selected this person as the focus of my research?

I selected Akira Toriyama as the main focus of this research paper because he is a pioneer, he’s inspired many people into a new style of drawing, manga and video games, including me! He was able to bridge the gap between eastern and western worlds through career defining work. Because of that bridged gap it was the start of me being a huge fan of Japanese animation, watching countless episodes of anime (short for Japanese Animation) from the one he, himself created to other anime he had inspired through the years. The love for animations he created, opens my imagination and inspires me to become great in the same fields Mr. Toriyama has been in,  mostlyanimation and video game design, which are just two communication design many sub-disciplines

Akira Toriyama has long career to which he has over 40 manga series under his belt. Most notable was Dragonball and Dragonball Z. Dragonball 1984-1995 was a part of the so called”Golden Age of Jump” having the greatest impact on record for ShonenJump. The Series lasted 11 years fronDragoball to Dragonball Z. he accumulated 519 chapters collected in total 42 volumes, every volume containing at least 200 pages to its entirety over 9000 pages were produced.

Why are his accomplishments so appealing COMG and CDMG?

It appealing because it was a part of many people childhoods opening their minds to possibilities and making then want to achieve careers along the lines COMG and CDMG because of that influence.

How does his success relate to COMG and CDMG?

It is simple. His work has influenced many people and most easily recognizable. Through 1984 – present he has inspired many young artist opened their imaginations to be a part of design industry whether in Japan or in America. It primarily relates because many of his career moves involves aspects of these majors such as illustration, video game and animation.