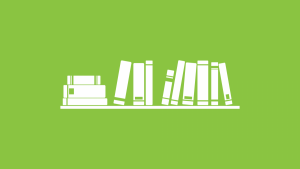 This article mentions about Brooklyn’s new transportation central down by the Atlantic Yards and its purpose for serving transportation from Atlantic Yards area up to the Long Island Area and every town in between. Not only does this article mention about Brooklyn’s new transportation, it also mentions how the transit terminal in Atlantic Yards will also host the New Jersey Nets. This is mainly to add entertainment within the neighborhood since this area is undergoing a major change and the choice of neighborhood encouragement is chosen. This 4.9-Billion-dollar project would be used to improve the area not only for the transportation but to develop individuals within the area to interactions with one another more than before.

This article goes more in description with the newly anticipated Atlantic Yards design project and the types of buildings which will become present within the site. There is also some information about its sizing of original buildings before the project plan had been set and also talks about the dynamics of what the project may do to the neighborhood. There are also some talks about the plan allowing easier accesses to historic area within Brooklyn so newcomers who come to see the new Brooklyn project may also have a reason to see Brooklyn’s history. There are also some talks about improving design flaws that were originally placed within Brooklyn to use the flaws and transform them into superblocks which can add to the community.

This article talks about the impact about Barclays Center/Atlantic Yards project amongst neighbors of Atlantic Yards and how they are able to cope with the change. There are many individuals whom have lived within the community years to decades and are undergoing a chance within their neighborhood which they may accept and which they may dislike depending on the circumstances they may have to deal with. Some neighbors think it’s just another Madison Square Garden being put in their home and are not welcome to that idea of it being there. Most people within this article are getting a bad reaction within this area as opposed to a good experience.

This article talks about the effects and reactions of people 6 months after the Barclays Center was open to the public. This individuals that were interview share their experience living in the neighborhood when there is a concert or an important event at The Barclays Center. The majority of people interviewed provide positive effects on the neighborhood.   The article also provide with a statistic of crime in the area and how the increase of security around the area help neighborhoods to be safe in secure.

Supply equals demand. Dense areas need spaces for people to pause and socialize. Emphasizes the gathering of groups, socializing of people and the meeting of people. Open plazas are marked with vendors and people just waiting. The interaction between people happen most in dense spaces full with pedestrian traffic and flow. sitting areas on major blocks or building fronts.

It tackles reasons for why public spaces are used more prominently by first demonstrating the reasons that matter less in an overall space. Most of these conclusions are done through years of first hand observations that support the conclusions of why a space is successful. perhaps the most important ideas that are reflected in the book is intended use of functions vs their actual use. How the people use the space interact with the water and have flexibility in concerns to lighting and shading is what defines an interactive space one filled with people who stop for a rest, converse with their workers or have lunch. These factors are key to answering why spaces limit or encourage interactions.

Privately owned public spaces famously known as POPS key in to important reasons as to why these spaces mostly limit the interaction within a community see image 01 for details. The POPS objectively viewed is on a rather empty street not populated located at the corner of Deans st and Vanderbilt Ave. On a time frame of 1 ½ hrs no one inhibited the space.  A total of 2 tenants passed by to enter the building. At approximately 3:30 pm a little girl riding a scouter attempted to enter the wide and long open space. Unfortunately for the little girl the mother accompanying her did permit her to go in an so they kept walking. In the afternoon the space gets its fair share of sunlight yet the space is uninhabited throughout the afternoon.

The image above describes a panoramic view of oxfords almost circular public space. Few things to notice. First there are multiple entry and exits on all 4 corners of the public park. On Nov 26 it is observed that people often cut through the park. In nice weather one can most certainly enjoy the populated park and even indulge in the scene even if it’s for several moments inviting interaction. Despite the november weather people inhabit the park.  One group of five and one group of 3 interact within the park all sitting amongst the many benches circulating the public space. This is very important. Although the public space being owned by the NYC parks department have fences the open space still invites many with the large center with synthetic grass. A couple of teens take joy in sitting at the paver edge which forms steps to higher platform. Understanding how this space is used in comparison to the POPS location is crucial to understanding the influence a space has on how people converse within a community. More expresidly to female individuals enjoy a chat whilst their children play in the park influencing social interaction.