My name is Reynaldo Cabral, I am a student at The New York City College of technology, CUNY (City Tech), and I am a computer hobbies. Inspired by my interests, I am pursuing a degree in Computer Engineering. My degree is offered in conjunction with the Electrical Engineering department at City College’s Grove school of Engineering. I plan to transfer City College and switch my major, because City Tech does not have the program that is going to drive me to my success. Once I graduate I plan to obtain an internship at Microsoft as a Computer Engineer, which will give me a strong foundation on which to build my career. The reasons I am going for this degree are; when I was really young I was able to see the inside of a desktop, I love using computers and disassembling them that I am interested in working on them, this major pays a good amount of money that is necessary for our daily life. In this essay I will elaborate how this major became an interest to me and when did it start, I will also explain what happened when I was young and was able to see the inside of a desktop, and why the money that I will gain from this is my biggest concern.

When I lived in Dominican Republic around the age of 4 or 5 I had the splendid idea of putting gum in the optical dive believing it would create a CD out of the gum and have a bubble gum game inside. My dad had to open the desktop and remove the optical drive to put in a new one. I was able to see the parts of the computer and since back then there was not a thing called Gaming Computers like we have now a day. I remember that it did not have a video card, the motherboard had it built-in, and I also remember the RAMs inserted into the motherboard slots, the fans and the CPU. Seeing all these parts was like seeing paradise. Since then I wanted to build my own. From back then I remember seeing my dad build his own computer as well in which encouraged me to build one of my own. While I was growing up I have been doing research on which career will lead me to getting closer with computers and being able to construct my own. 13 to 14 years have passed since that day and I am 18 years old now and I have finally built my computer, I made it mostly for gaming. This was one of my goals and completing it has been a dream come true. I cannot even describe the joy that I felt building the desktop, connecting it piece by piece knowing that if I connected something wrong the computer would shock the motherboard and rendering it useless. Knowing this risk made it more challenging and more rewarding after it was done, I felt like I won the marathon, or that I scored a goal and won the world cup for soccer, it was the greatest feeling of my life. It also felt like I was filling in the empty hole in my heart. Now I must move on to my second goal that is to build a fully functional robot with an self learning A.I. installed in it, teach it to help humanity, and to finish what I started.

I was always told that if I go for a major that earns me a large amount of money, however if I am not committed to the work needed for this major, I will be miserable for the rest of my life. There is also another saying that is being said a lot now a days, is if I go for the major I enjoy doing I will never find a job offering for my major. I believe that it is a lie. I have met plenty of people that got a job for what they studied hard for. This is why I am going for Computer Engineering because it intrigues me. I find it joyful when I am taking devices apart or building one. I know that I will find a job for this major as soon as I finish getting the degree. Engineering is the future; we are designing its outcome. Engineers create to help people live more comfortably with their environment. I believe computer engineering is going to be at the top. Even now that we are starting to digitalized everything and placing them on the internet for easy access, Later on in the future there might not be any need in manual labor which isn’t always a good thing. I want to be the one that designs a device that lets the brain into a virtual world nothing like the Oculus. I want to create something that links the brain with a game, enter it, move around just by thinking of moving, and no physical body movement needed. Computers are really helpful. They help us keep our work place neat by storing our most important files in it with security to keep it safe. It also entertains us with video games, streaming movies, etc. Computers are a wonderful Creation and I want to be a part of its progress. I want to make it go faster, further, and make it stay strong so it can advance so it ends up creating the future its self.

Computer Engineering pays $100,920 per year and $48.52 per hour (OOH). Even though it is a lot of money I am not perusing this major because of it. Money is necessary for my living needs like water, food, and shelter. My mother was always telling me to go for the career that pays the most, that what we would love to work for does not pay enough to live of anymore. She tried to convince me to become a lawyer but it kept losing my interest because every time I asked permission to use the computer she would scold me telling me I had to start reading if I wanted to become a lawyer. Later on I notice that being a lawyer pay more than being a computer engineer. I have no interest in being a lawyer even if their pay is higher it does not matter to me because I want to go for the career that make me wake up with a smile and exited to go to work every morning. I am planning on applying for the major companies like Microsoft, Sony, Apple, etc. Some may say that this plan of mine is childish but I do not listen to what they are saying because if all they are trying to do is bring my goals, dreams, plans down they are not worth my time. Going for this major opens a lot of opportunities to the big companies so why would I lose my chance when it is right in front of me, I wont mind going for Google either, they have an awesome HQ and it seems fun to be there. As long as I am doing the thing I love I will enjoy life to its fullest as if it is my last day on earth.

In all this is why I picked to become an Engineer or rather how it chose me. I believe that in the moment I decided to put gum in the computer to where I was able to see something fascinating when it was opened. The possibilities that my dad being called to work that day where very high and then he would have fixed it another day without me there to see. I would not have seen what would inspire me to be something great later on in life or to help me choose what defines me. Me 4 or 5 years olds not knowing that later on in life I would be living in the United State going to college for the thing that defines who I am and what I’m going to become later on.

This is the pc, 2 pictures are from when i was building it and the other 3 are from today 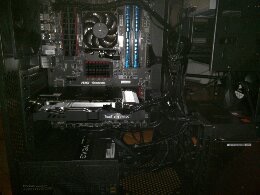 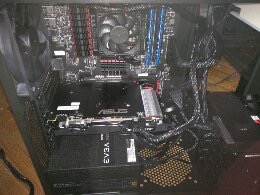 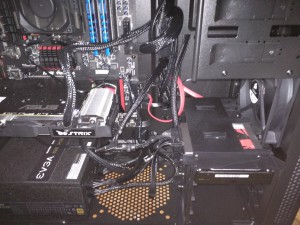 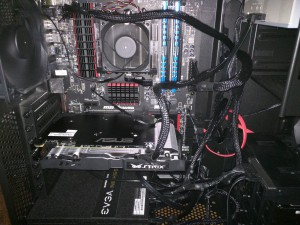 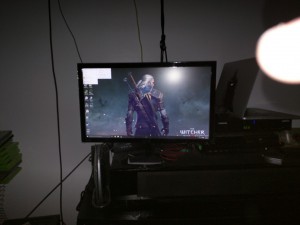