My name is Rolando Barredo. I am 18 years old, and I am currently enrolled in City Tech. I am planning to get an Associates in Electro Mechanical Technology. In my life, computers have made a great impact in my life. This is something that defines me. One reason is that the idea of a machine that is intelligent fascinates me. Also, the fact that video game consoles and handhelds are computers is a topic that I think of every time I play games. I have built my own computer, and I can consider it a defining moment in my life, which made me realize what I can do with that knowledge. Lastly, the fact that I have been surrounded by computers, or things that I now know are computers in itself is something that has impacted me the most. Those are reasons that computers, in general, define me as a person.

Computers are intelligent machines, whether or not we realize it. Computers are made up of many components. The basics are, a processor, or the brain, the chassis, or the body, and the monitor, where we can see the processes. One way that I saw this was when I was in elementary school, we had the old style Macs. This was the first year I used computers. They had the giant monitors with the large chassis, and they still accepted floppy discs. There were so many different colors, and I always liked the blue, since it’s my favorite color. Then, we started using them. Note, this is in my 2nd or 3rd grade mind. They did so many things like play YouTube videos, or listen to music. We can use Paint to draw. I had no idea that a machine could do such a thing. I saw a computer as if it were a person. It thinks, it has a body, which can be different, and a monitor, where we can see what it’s thinking. If it has a webcam, the computer has eyes. I was fascinated by this idea, as childish as it seems, but this is the way I laid a foundation in my mind of how computers work at the most basic level. It really sounds ignorant now, but that is how I now have that mentality of a computer being an intelligent machine. Now I know how those processes happen, what they actually are, and obviously, it isn’t a human with a brain. It is a machine we have developed that can do so many things. Being around one makes you feel like you are around something powerful. In other terms, a strong computer is equivalent to a car with a lot of horse power. This shows how an elementary school experience really impacted my view on computers.

Video game consoles and handhelds are computers as well. This idea is something that deepened my interest in computer hardware. Everyone has played on a Playstation, an Xbox, or a handheld such as a Gameboy or PSP. Obviously, we see them as devices in which not only we can play games, but at a certain age, our full entertainment system. We wouldn’t focus on the other things a handheld or a console are. They process info and handle graphics as well, just like a computer. Why? Because they are a computer. I remember when I broke my PSP, and I wanted to see what was wrong. I removed the screws holding it in place, and what I saw inside was another world. I saw a bunch of little components and chips, just like a computer has. I honestly thought all handhelds were just a screen and a game cartridge. I never knew how similar the complexity between a computer and a handheld are. That opened a whole other world for me. I started to investigate what else these handhelds can do that a computer can do as well. In that little research I did, I also saw the insides of an Xbox. I saw a green board and more chips inside. I realized that all the devices we use to game and entertain ourselves are also computers. My view on gaming devices changed completely with what seemed like the demise of my PSP. Who could’ve known? That realization of gaming devices being computers changed the way I viewed technology overall. 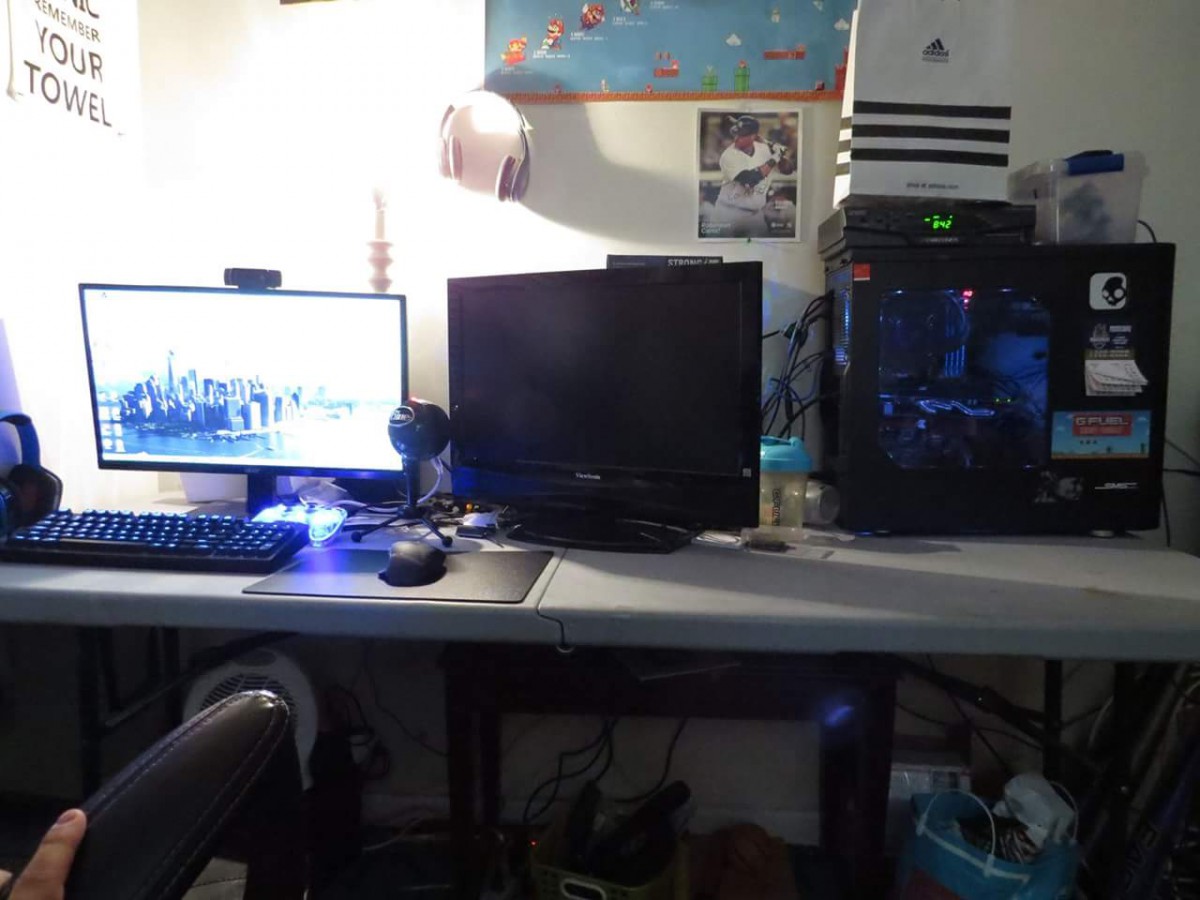 I see building my own computer as a defining moment in my life, since it made me aware of what I can do with my knowledge. Around 2 years ago, I watched a YouTube video on how to build a computer. It was several videos as it was a series of 3 videos. It was purely out of curiosity, because in that moment, it wasn’t even an idea in my mind to build a computer. Before that, I heard that building a PC is complicated, and not everybody can do it. While watching these videos, I saw how every component came together, like a puzzle. Each part complements the other, in terms of the functions that they do. I also saw how you can change the parts used to build the PC, depending on what you want the computer to be more efficient for. The specifications can be changed, and so on. It got me wondering, “What if I saved up the money to build my own PC? Would I do it?” I decided to take on the challenge to save up and build. I researched a lot in order to know what to get to build a gaming PC. Now that I reflect upon that, I see that it didn’t require so much reading. It took me 6 months to save up the money and buy all the parts. When everything came, it was so many boxes, I couldn’t believe it. When I started to build the PC, I didn’t need to re-watch the series, as the whole process was embedded in my mind. While I put everything together, I realized that I can do so much with this knowledge that I gained and put in practice. I wanted to go deeper, so I asked myself, “How is a computer part made?” Looking at a CPU (or processor) made me wonder how that individual component is made. That turned on a lightbulb for me in my mind. It wasn’t just a lightbulb for a temporary idea, it is a lightbulb that is still on, because now I’m actually learning how these components are made. That is a huge reason why I am currently studying in the field that I am and some of the questions I had before have been answered. For example, one part of a motherboard that is used in its production is a resistor, which I have already done a lab for. It’s like now, the pieces of the puzzle are coming together again, only on a smaller scale. That is why building a computer, in my eyes, is a key part to what defines me as a person.

Being surrounded by computers and things that I now know are computers has impacted me the most. You can say that it still influences me now, as we see how more and more technology is released. Just recently, the new iPhone 6S was released. The release of the iPhone had more people wait outside the Apple Store than people waiting outside Central Park to wait for the pope. That is impressive and we can see how many people carry computers in their pockets. We live in a city where big things happen, after all, we do live in NYC. We have areas like Times Square that attract so many people. My high school was around Times Square, so I got to see it everyday. The way I see it, though, is quite different. The amount of LED billboards and lights that are on all day is quite mesmerizing. The amount of computers surrounding us just in that area is surreal. You wouldn’t believe the amount of hardware that goes behind every electrical equipment that is used there. Going back to the anecdote of the Apple Store, I remember the first time I went to the Apple Store in Grand Central. It was when it just opened there in my freshman year of high school. That was an amazing experience being surrounded by all those computers. All those iPhones, iPads, and Macs… Wow. This impacted me, by making me think that not only would it be cool to work with computers, but to always be surrounded by any type of computer is what I want to do as a career.

Overall, computers were, and still are a huge part of my life. I plan on keeping it that way for a long time. There are many things I still want to achieve in my life that revolves around computers. For example, I would like to start off by successfully getting my Associates of Electro Mechanical Technology. That would be a huge step in my life, whether or not I choose to pursue a Bachelors. A Bachelors would be a degree in Computer Engineering Technology, which would go more in depth into what I studied the previous years. Also, I would like to go to a convention called CES, or the Commercial Electronics Show. In that convention, manufacturers display the prowess of their hardware in terms of them being the next best thing. Seeing the YouTube videos for that really shows what the future looks like. It makes us see the phones we will use, the TVs that we will watch from, etc. Going to such convention is a dream. In general, using my career opportunities for something revolving around computers is what I would like to do. That is my dream and I won’t stop chasing it.

1 thought on ““Computers and Me” Rolando Barredo”