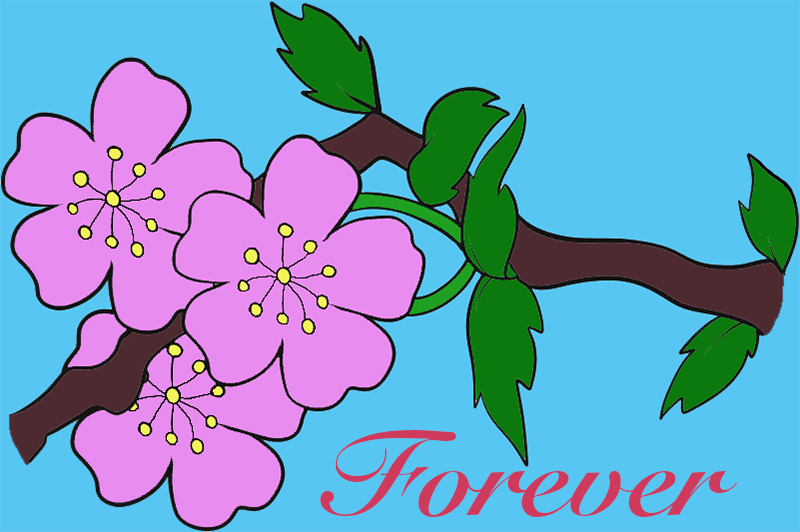 1) When I started my internship, I had to go over some rules with my supervisor, and to to those who started the internship as designers, he had specific words for us. He made sure that we knew to not take other’s work for ourselves. However, we did not go over specific rules regarding copyright issues or other things that should be at the forefront of a designer’s thinking. This was probably because the company I was interning for was not a specifically designer internship; rather, it is a non for profit organization that hired design interns.

We did not work with clients because instead, we worked to make designs for banners and posters for the events that the company held. Because of this, I made sure to only hand in designs that I made on my own. Any images I may have used were only those that were provided by my supervisor. Because of the nature of the work we were doing, I did not have to worry about misusing the logo of the company without permission, nor did I use another intern or designer’s work for my own. This may also be the reason why I did not have to sign any nondisclosure agreements.

2) I can say that I did not use another artists in any professional design I made thus far. Other than a project that was meant to mirror Andy Warhol’s pop art style in high school, I did my best to only use what I learned in class to create my designs. What I have noticed in the Fairey Copyright case is that it was very incriminating of him to try and hide evidence, especially when he tried to defend his decision that his was an adaptation for art. Though the message of the ad was very important to people like myself who looked at Obama as a role model, it does not do well to know that the picture it was based on received no credit. I can move forward with my career knowing that I will not make the decision of creating a design based off of someone else’s work, and not crediting them.

After a few months, the people in the office had a party for one of the meet the author events that we held. Because it was a good turnout, the authors and the organizers wanted to celebrate. We had fun for a while before we had to get back to work. The other interns and I had a chance to talk about our work in school and how we got into the internship. After a while, our supervisors made sure to applaud us for our work too.

In the poster task, I enjoyed doing it plus I did pretty well on the poster. It wasn’t just about designing the poster but to also communicate with my supervisor, what needed to be done, change, or add. We came up with a lot of ideas together and experimented with a lot of options. It was a tough project because we also had to get the message across for people to know why we are doing this. I feel proud because this event is one of the most important events of the year, and to be getting involved in it, was a really good experience.

I was given a task where I created some posters to present the upcoming event in May. So far I only worked with my supervisor. Usually, if I needed some directions or feedback, I’d go to him and ask for his opinion whether or not something should be fixed or added. I always go and communication with my supervisor after I am done designing the material. It was a tough assignment, but everything worked well in the end. The things that were successful were how we keep in contact with one another about the assignment given, being given and providing ideas, and feedback to one another. What wasn’t successful is, I know in the end he is my supervisor, but I had wanted not just only his saying but more people to come to a given critique about the work and idea.

In my workplace there are ups and downs, there are going to be a day that won’t be easy. For the most part, I’ve entered this job, I was able to interact with people, I use these skills to enhance it because communicating becomes networking, networking becomes to partnership, partnership to projects, etc. My day at the office is, Arrive on the time I should be arriving, go straight to the computer room and sign in for a laptop to use, go to the back where people works in this big long table as a workspace. From time to time my supervisor will come and check up on me, ask me how are things going, If I have any questions or help I’ll go to him to get my answers. Sometimes after I’m done with an assignment I always go and ask if there’s any task available. The reason I ask this is because not only do I want to keep myself busy to get through the day, but it also to show people that your responsible and reliable and also to impress them, because you never know, one day they may promote you to a higher position for the hard work you have done.

In my workplace, people wear both business casual and/or casual clothing since there isn’t any dress code or restriction but to wear clothes that are presentable. When I go to work, I usually dress business casual because, since I am treating this as an actual professional job, it’s always good to look presentable and impress the people you work for. In my work area, when you enter the office, there’s a reception desk, and after walking past it, there’s a kitchen where they have everything an office worker could want. Theres a computer room where you sign in and out. Each room is right next to each other and has glass surroundings. It’s a very open area.

My supervisor is Nahian Ayes, and he works as a World Voices Festival General Manager. My role in this internship is the assistant for the World Voices Festival, preparing for the program that will be happening in May. I chose this internship not just because I needed it for the course but also because to help me sharpen my skills. I wanted to improve my ability to communicate, network, and professionalism. I heard of this job from a friend who offered me the position and told me that this will help me in the future. I first spoke to my soon to be supervisor over the phone about the requirements of the internship.  I didn’t wait to long for an interview and he told me to come in the next time I was available. Some things I was asked included was, “Are you more of a person that likes to do things on your own judgment or do you like getting people’s opinions?”, “What made you choose the market and design world?”, and “What is your goal and passion?”.

I work for PEN America, which is a non profit literacy organization. There are three different locations for this company in the east coast. The one I work for is in Manhattan, Soho. The other two are in California and Washington D.C. It is a public company, and they work to protect literature and human rights in America and all over the world. They also celebrate the work of other people through awards and public events. The people that are members for this company include all kinds of people that work in creative and professional literature, as well as human rights activism. This includes all kinds of authors, journalists, people that work in publishing, among others. The company began in America in 1922 in New York, but the original company, PEN International, began in London. There, it was created as a way for people who worked in literature to connect regardless of boundaries that may disconnect you as a result of World War I. I work in the department regarding the World Voices Festival.

When I was looking up this company, I learned of the effect that PEN has on the world. I read that many journalists are arrested in other countries in order to silence them. This caused PEN International to retaliate against this by causing many people in the public to take notice of this. This led to the release of many imprisoned journalists.