In this internship I have learned quite a few things regarding marketing and social media. As a social media marketer I’ve learned the insights on how to properly engage on Instagram for a company’s account.  Instagram is a pretty big deal in the social media world and getting likes and followers is crucial to getting more people to know who you are and what you are about. I learned that the proper way to engage in Instagram is to look at a variety of account pages that are related to what your company does and like and comment on several of their post. For example, since my company is a dinning club we are responsible for looking at upcoming food bloggers or foodie pages that are present on Instagram. The key to engaging is to do most of your liking/commenting closer towards late afternoon when most people are either out of work or at home relaxing. This is important because most people are on their phones during the late afternoon hours scrolling through social media and when they see your like or comment they are more willing to check out your page since they will see the notification immediately.

As of today, there is no office environment for HungerPass in the NYC area. The NYC interns meet with the creative director and boss once a week at a local Starbucks in Manhattan while the rest of the internship is remote. During the meetings we are not required to dress business casual and are free to dress informal but in some circumstances,  we are required to wear a HungerPass t-shirt that was given to us on certain days. On meeting days the interns are required to report to the creative director on how their week went regarding on the social media marketing/designs/writing assignments given during the previous week as well as discuss tactics on how to further promote the company.

My role within HungerPass is a social media marketer/designer. I often do social media postings for my company’s Facebook and Twitter as well as design flyers, banners, and layouts. I found this internship through the website indeed.com and was scheduled for an interview within a week of applying. The interview was held at a Starbucks in downtown Manhattan with the senior creative director Maria . The type of questions I was asked during the interview were along the lines of, “Have you heard of HungerPass before? Do you live in the NYC area? How fluent are you with social media? Have you designed for social media before? What can you bring to our team?”

It is the fall semester of the year 2018 and I’m currently interning as a social media marketer/designer at HungerPass. HungerPass was founded in 2014 and it is a dining app that allows its users to get discounts on certain restaurants as well help restaurants gain foot traffic during their off peak hours. It is a startup company that is based in the NYC and long Island area. Their main office is located in Long Island but however most of the meetings for the NYC interns are held in several Starbucks locations throughout the city which take place once a week. The primary business of the company is to help bring more diners into restaurants during their down times. The way HungerPass achieves this is by promoting the restaurant through social media and in return the restaurants who are partnered up with HungerPass will give discount incentives to the users of the HungerPass app.

In our first class of Topics in Graphic Design, a wide variety of topics in the graphic design world were covered and some were not. A couple of things that were mentioned challenges in the design world, trend setters, freelancing and much more. One thing that I found interesting right of the bat in class was the discussion of trend setters in the world today. As we began to list and mention a couple of the trends setters, a fellow classmate mentioned an unusual trend setter which was Donald Trump. I never put much thought about it before but he actually is considered a trend setter. He set the trend for many celebrities to want to run for political positions in America and I found that statement interesting. Now on the topic of graphic design trend setters I mentioned two of my favorites which were Banksy who send the trend for his stencil graffiti art style and Shepard Fairey who send a trend for bringing back Russian constructivism styles in all his designs. I also realized that Stefan Sagmiester is considered one for his body art designs that he does on himself.

The idea of being a trend setter can apply to me being a graphic designer/creative professional in many ways. If I design or create something that catches people’s attention, they can get inspires or even attempt to recreate/ appropriate what I have accomplished. This is not entirely a bad thing because if people appropriate or parody what you have done you actually end up gaining more recognition than you actually had before. For example, Shepard Fairey who is my second favorite graphic designer in the world created the famous Obama “HOPE” poster a while back. As simple yet visually appealing as it is the poster began to gain recognition and was parodied many times still to this date.

We also not only mentioned trend setters in general, but we mentioned trends in the graphic design world as well. One thing that was mentioned was changes to brand identity. Many companies and brands in the world today have set the trend to change their branding color schemes or identity entirely. One of the first starters of this was Instagram. Instagram logo and color palette change caught a lot of people by surprise and managed to upset many. They went from a conventional camera logo to a vibrant minimalistic camera with a gradient of purples and oranges. Despite the hate many brands suddenly began to follow. Brands like Dropbox and ihop did the same. Dropbox decided to drop their old color palette and try out many color schemes. Ihop changed its logo for a time to promote its new menu item and gained a lot of publicity by doing so.

Another thing mentioned in class was the discussion of art vs design. The two might seem the same but they are both vastly different. In art it’s more expressive, you are free to put your own thoughts, emotion and opinion into your illustrations and paintings. Also art makes you feel a certain way, for both the one creating it and the one admiring it. Design however differs. Design has a purpose unlike art. It is supposed to strike a message and communicate to the audience in a certain way. The use of design has rules to follow and has structure organization, while some of these rules can be broken you can still manage to see consistency throughout. Also design is heavily used to sell ideas and products something art doesn’t really do.

Overall this first class of topics in graphic design was a successful one. We covered a variety of design topics, learned some new ones and refreshed on some old. Some interesting topics that I will like to see discussed in class that we didn’t get to cover were freelancing rates and more about design studios environments. 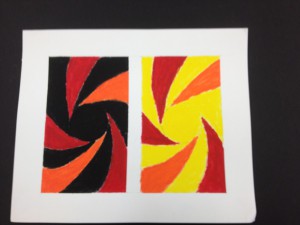 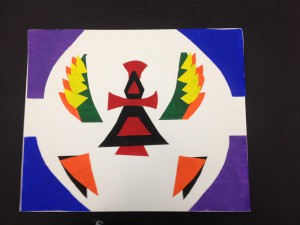 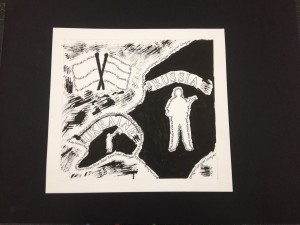 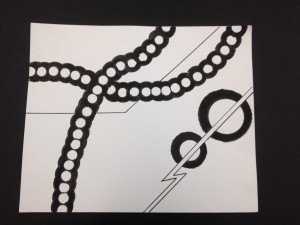