“My name is Elsabeth maximin I am a freelance makeup artist located in Brooklyn, NY. This all started from when I was in middle school and someone put eyeliner on me and I came home and my sister started yelling “mommy Elsa has on makeup” I thought I was going to be in big trouble but when my mom saw me and didn’t care I don’t think she realized the storm that was coming. So I started to use money that she gave me for makeup and that was a big mistake because of my carribbean background my mom didn’t play that. The money she gave me was for food and food only she told me “nah bodda waste my hard earned money on crap” so this taught me how to get my own so I used the little bit of makeup and practiced and practiced being self taught from YouTube and really little of makeup it was hard but I pushed myself and learned because I was always a creative person taking visual arts and photography in hs wearing my creations on my face was one thing I would love to do. Eventually I got to a point where people started asking me to do theirs and my first client was one of my close friends but it was a start of something much bigger I did her makeup for her sweet 16 and it started clientele for me I posted the picture of her makeup I did and other people wanted me to do theirs also. Over time I got a lot better and was doing people’s makeup and got jobs to feed my makeup addiction. Now I have a full collection in my vanity at home. So I didn’t want to stop at just doing people makeup because I felt I was a little limited when clients come in very few give you creative control depending on the event they have they they have a certain look they want to go for and I have always had dreams of starting a YouTube channel being taught from those videos so after years of saying “im Gonna do this” I finally invested in it I said if I’m going to do this I’m going to put my best work out there because this is a representation of me and I bought all the equipment and started on filming my graduation makeup it was a look I named Egyptian but crease which now has over 1,000 views on YouTube starting my YouTube channel has given me massive amounts of confidence and pushed me as a creator looks that I have done for YouTube I would have never tried on a daily basis I have looks of turning myself into a crazy cute clown with ripped cheeks yet she looks so innocent, I turned my brother into scar from lion king, I also do wearable looks so anyone from beginner to makeup junkie can enjoy my channel and I’m so glad that I have because it’s the thing that makes me the happiest in this world without makeup without my YouTube channel putting my content out into the world for anyone to see and not being scared of what anyone thinks seeing me with no makeup at the beginning to full face at the end and feeling beautiful with it without that’s the confidence I got from doing this and I don’t know where I would be without that.” 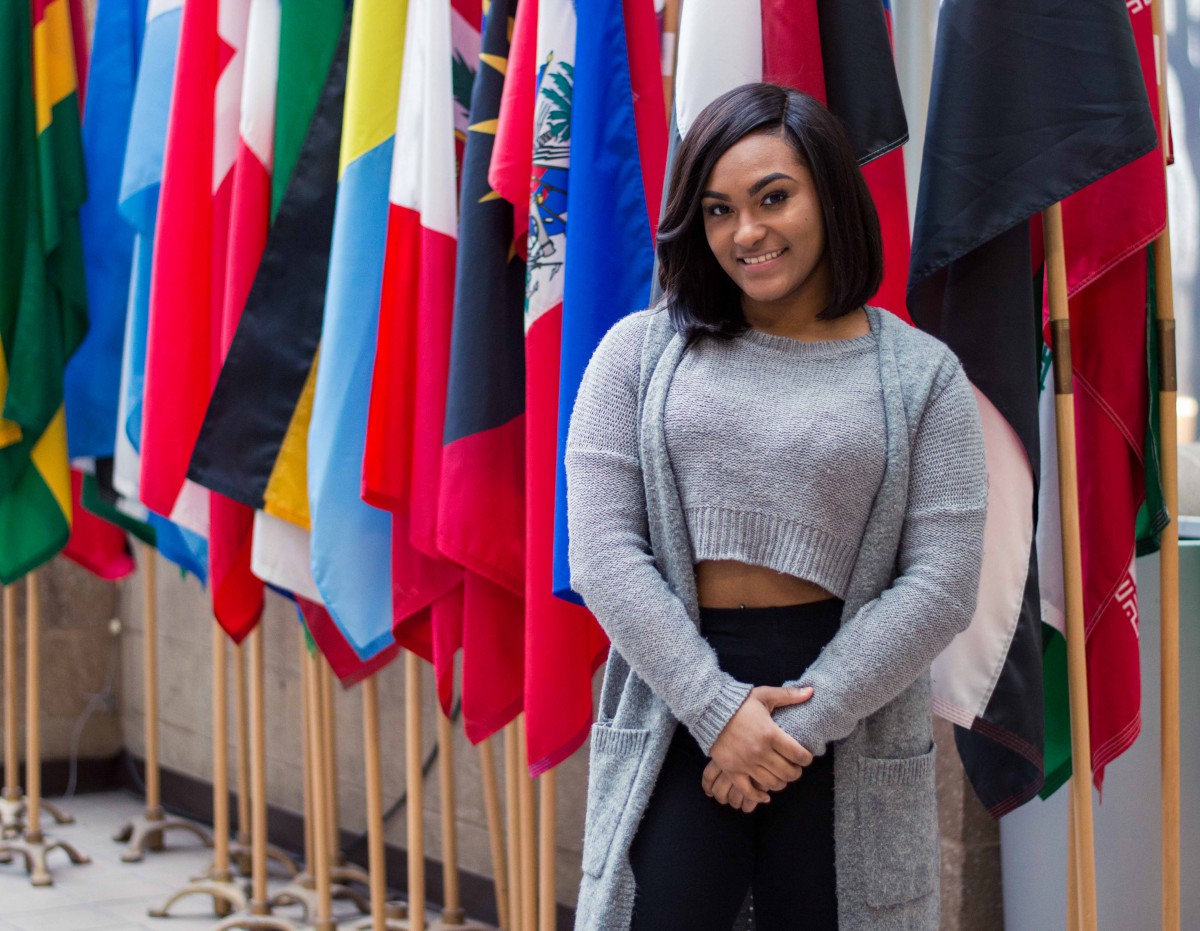 One thought on “Humans of City Tech”