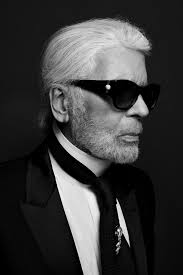 Karl Otto Lagerfeld well know as Karl Lagerfeld was born in Hamburg, Germany on september 10 1933 to Otto Lagerfeld and Elisabeth Lagerfeld. His father owned a company that produced and imported evaporated milk; while his maternal grandfather, Karl Bahlmann, was a local politician for the Catholic Centre Party. His family belonged to the Old Catholic Church. When Lagerfeld’s mother met his father, she was a lingerie saleswoman from Berlin. His parents married in 1930.

Lagerfeld was known to misrepresent his birth year, claiming to be younger than his actual age, and to misrepresent his parents’ background. For example, he claimed that he was born in 1938 to “Elisabeth of Germany” and Otto Ludwig Lagerfeldt from Sweden. These claims have been conclusively proven to be false, as his father was from Hamburg and spent his entire life in Germany, with no Swedish connection.There is also no evidence that his mother Elisabeth Bahlmann, the daughter of a middle-class local politician, called herself “Elisabeth of Germany”. He was known to insist that no one knows his real birth date. In an interview on French television in February 2009, Lagerfeld said that he was “born neither in 1933 nor 1938”.

In April 2013, he finally declared that he was born in 1935. A birth announcement was, however, published by his parents in 1933, and the baptismal register in Hamburg also lists him as born in that year, showing that he was born on 10 September 1933.Bild am Sonntag published his baptismal records in 2008 and interviewed his teacher and a classmate, who both confirmed that he was born in 1933. Despite that, Karl Lagerfeld announced publicly that he was celebrating his “70th birthday” on 10 September 2008, despite actually turning 75.His older sister, Martha Christiane “Christel”, was born in 1931. Lagerfeld had an older half-sister, Thea, from his father’s first marriage. Lagerfeld lived in Paris with his cat Choupette before his death. His family name has been spelled both Lagerfeldt with a “t”and Lagerfeld. Like his father, he used the spelling Lagerfeld, considering it to “sound more commercial”.

His family was mainly shielded from the deprivations of World War II due to his father’s business interests in Germany through the firm Glücksklee-Milch GmbH.His father had been in San Francisco during the 1906 earthquake.As a child, he showed great interest in visual arts, and former schoolmates recalled that he was always making sketches “no matter what we were doing in class”. Karl lagerfeld once told interviewers that he learned much more by constantly visiting the Kunsthalle Hamburg museum than he ever did in school. His greatest inspiration came from French artists, and he claimed to have only continued school in order to learn the French language so that he could move there.Karl finished his secondary school at the Lycée Montaigne in Paris, where he majored in drawing and history.
In 1955, after living in Paris for two years, Lagerfeld entered a coat design competition sponsored by the International Wool Secretariat. He won the competition and befriended Yves Saint Laurent, and was soon after hired by Pierre Balmain. He worked as Balmain’s assistant, and later apprentice, for three years.
Lagerfeld in 1958 became the artistic director for Jean Patou. In 1964, he went to Rome to study art history and work for Tiziano but was soon designing freelance for a multitude of brands, including Charles Jourdan, Chloé, Krizia, and Valentino.In 1967, he was hired by Fendi to modernize their fur line. Lagerfeld’s innovative designs proved groundbreaking, as he introduced the use of mole, rabbit, and squirrel pelts into high fashion. Lagerfeld remained with Fendi until his death.In the 1980s, Lagerfeld was hired by Chanel, which was considered a “near-dead brand” at the time since the death of designer Coco Chanel a decade prior. Lagerfeld brought life back into the company, making it a huge success by revamping its ready-to-wear fashion line.Lagerfeld integrated the interlocked “CC” monograph of Coco Chanel into a style pattern for the House of Chanel. In 1984, a year after his start at Chanel, Lagerfeld began his own eponymous “Karl Lagerfeld” brand. The brand was established to channel “intellectual sexiness”.
Karl Lagerfeld, in 1984 when he started his own company he was , telling Vogue, “I’ve not been dreaming all my life to have my name over a shop. Now, we’ll put it there because it’s the right moment to do it; and I made this name, why not use it?” Lagerfeld sold the brand to the Tommy Hilfiger group in 2005. He remained its chief creative and was directly involved in the design process. In 1993, US Vogue editor-in-chief Anna Wintour walked out of his Milan Fashion Week runway show, when he employed strippers and adult-film star Moana Pozzi to model his black-and-white collection for Fendi.
Also with his design talents, Lagerfeld was also a photographer and filmmaker, and regularly brought Chanel’s heritage to life through film and imagery; he also shot and creatively directed all of Chanel’s advertising.In 2002, Lagerfeld asked Renzo Rosso, the founder of Diesel, to collaborate with him on a special denim collection for the Lagerfeld Gallery.The collection, Lagerfeld Gallery by Diesel, was co-designed by Lagerfeld and then developed by Diesel’s creative team, under the supervision of Rosso. It consisted of five pieces that were presented during the designer’s catwalk shows during Paris Fashion Week and then sold in highly limited editions at the Lagerfeld Galleries in Paris and Monaco and at the Diesel Denim Galleries in New York and Tokyo.
During the first week of sales in New York, more than 90% of the trousers were sold out, even though prices ranged from $240 to $1,840. In a statement after the show in Paris, Rosso said: “I am honored to have met this fashion icon of our time. Karl represents creativity, tradition and challenge, and the fact that he thought of Diesel for this collaboration is a great gift and acknowledgement of our reputation as the prêt-à-porter of casual wear”.
December of 2006, Lagerfeld announced the launch of a new collection for men and women dubbed K Karl Lagerfeld, which included fitted T-shirts and a wide range of jeans.[33] In September 2010, the Couture Council of The Museum at the Fashion Institute of Technology presented Lagerfeld with an award created for him, The Couture Council Fashion Visionary Award, at a benefit luncheon at Avery Fisher Hall, in New York City.[34] In November 2010, Lagerfeld and Swedish crystal manufacturer Orrefors announced a collaboration to design a crystal art collection. The first collection was launched in spring 2011, called Orrefors by Karl Lagerfeld.
In Palm Beach Modern Auctions announced that many of Lagerfeld’s early sketches for the House of Tiziani in Rome would be sold.
Lagerfeld and investments enterprise Dubai Infinity Holdings signed a deal to design limited edition homes on the island of Isla Moda. A feature-length documentary film on the designer, Lagerfeld Confidential, was made by Vogue in 2007. Later in the year, Lagerfeld was made the host of the fictional radio station K109—the studio in the video game Grand Theft Auto IV.

In 2008, he created a teddy bear in his likeness produced by Steiff in an edition of 2,500 that sold for $1,500. and has been immortalized in many forms, which include pins, shirts, dolls, and more. In 2009, Tra Tutti began selling Karl Lagermouse and Karl Lagerfeld, which are mini-Lagerfeld’s in the forms of mice and finger puppets, respectively. The same year, he lent his voice to the French animated film, Totally Spies! The Movie.

Later in life, Lagerfeld realized one of his boyhood ambitions by becoming a professional caricaturist from 2013, his political cartoons were regularly published in the German newspaper Frankfurter Allgemeine Zeitung.Lagerfeld with Hermann Bühlbecker, Prince Albert II and Charlene, Princess of Monaco (2011)
In 2013, he directed the short film Once Upon a Time… in the Cité du Cinéma, Saint-Denis, by Luc Besson, featuring Keira Knightley in the role of Coco Chanel and Clotilde Hesme as her aunt Adrienne Chanel. In June 2016, it was announced that Lagerfeld would design the two residential lobbies of the Estates at Acqualina, a residential development in Miami’s Sunny Isles Beach.Lagerfeld also collaborated with Carpenters Workshop Gallery launched an art collection of functional sculptures titled Architectures. Sculptures were made of Arabescato Fantastico, a rare vibrant white marble with dark gray veins and black Nero Marquina marble with milky veins. Inspired by antiquity and referred to as modern mythology the ensemble consists of gueridons, tables, lamps, consoles, fountains and mirrors.

In conclusion Karl lagerfeld was a great person, He inspired many people me being one of them. I one day will like to be like him.Karl was a unique person that change the luxury fashion word forever ,He will be missed.