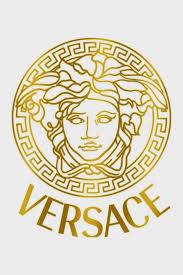 Gianni Versace “Giovanni Maria Versace”) was born on December 2, 1946 in the industrial town of Reggio di Calabria, in southern Italy. His parents, Antonio, an appliance salesperson, and Francesca, a dressmaker and clothing store owner, had three children-Santo, Gianni, and Donatella. Gianni Versace spent much time in his mother’s shop as a child. He watched her make clothes and admired the chic women who came into the shop. He knew at a young age that he would become a fashion designer. Versace also drew inspiration from the area where he lived. It was stated in Ruta, Francesco. “The Versace Logo – History and Evolution.” Museo Del Marchio Italiano, www.museodelmarchioitaliano.com/route1/versace.php. ,He often wandered among the ancient Greek and Roman ruins, which would later provide him with themes for his clothing. Although he loved clothes, art, and music, Versa

ce studied architectural drafting. At the age of 18, while he was in school, he also worked for his mother as a buyer, going to fashion shows throughout Europe.
He started designing clothes when he was 22. A local garment maker hired him to design a collection that was sold in Francesca Versace’s store. Fashion models from Rome and Milan came to southern Italy to perform in runway shows. Soon Versace’s name was heard in Milan, the center of Italian fashion.In Story of the Versace Medusa Head Logo ,Admin, Joe – LMW. “The History of Versace and Their Logo Design.” LogoMyWay Blog, 14 Sept. 2018, blog.logomyway.com/history-of-versace-logo-design/. it was stayed that “Gianni Versace’s incarnation of Medusa is based on a more alluring representation of the legendary mortal, where Medusa is suggestive of power, strength and beauty that constitutes a propitious sense of the mythology. The Versace Medusa head, as it appears in the brand’s logo, is an expression of Versace’s vision: she encompasses Versace’s taste for tradition and classical nuance along with his desire to astonish audiences with designs that are striking in their brilliance, originality and style.”

Given that Gianni Versace was a designer first and a businessman second, it’s unsurprising that he would choose to design his own logo. Growing up in Rome, Gianni Versace was heavily influenced by the Greek artwork that is common in the area. In fact, Gianni Versace claimed that the inspiration for the Versace logo came from artwork on the floor of the ruins in Rome that he and his siblings used to play on. Kramer, Alix. “THE TRUTH BEHIND FASHION LOGOS.” STITCH, STITCH, 9 May 2016, www.stitchfashion.com/home//the-truth-behind-fashion-logos.Gianni said that he chose Medusa specifically because of the way that she made people fall hopelessly in love with her with no chance of ever going back, and he hoped that his company would have the same effect on the people who purchased Versace products.I love the idea of this logo because the outfit fit the name of the logo . Versace flew north to Milan on February 5, 1972. Salvatore Chiodini and Ezio Nicosia of the Florentine Flowers clothing mill had asked Versace to hurry there to design a collection that had to be rushed. Versace designed some “instant” summer wear, which was so successful th

at he earned not only his four million lira wage, but also a Volkswagen convertible. He then designed Florentine Flowers’ fall and winter collections.During the early 1970s, “Made in Italy” clothing was just beginning to surface. Milan had just become the fashion capital and was the logical place for the emerging ready-to-wear industry. Chiodini and Ezio Nicosia’s hiring of Versace marked a turning point in the fashion industry. They realized that clothes could not continue to be anonymous. Increasingly sophisticated buyers demanded a personal touch.

The work for Florentine Flowers was Versace’s first independent assignment. Shortly thereafter he designed for De Parisini of Santa Margherita. In 1973, Versace designed women’s ready-to-wear clothing for Callaghan, known for its knitwear and Genny, which featured leather and suede. In 1974, Versace created and developed his own line-Complice. Although he wasn’t yet working under his own name, Versace already had his own label. Under the Complice name, Versace designed an all-leather collection. He was one of the few designers to feature leather at this time.
In 1976, Santo Versace, Gianni’s older brother, left his management consultant’s practice in Reggio di Calabria and moved to Milan. Santo had earned a degree in business administration from the University of Messina in 1968. O’Donnell, Tanya. “Versace Logo Design History and Evolution.” LogoRealm.com, 13 Feb. 2017, logorealm.com/versace-logo/.stated that He and his designer brother set out to create the Gianni Versace label. In 1977, Donatella Versace Beck joined the business. Her husband, Paul Beck, also worked for the company, overseeing the menswear line. At the beginning of 1978, the company opened its first Versace shop in Via Spiga, Milan, but it sold only Genny, Callaghan, and Complice lines as Versace’s first fall women’s collection had not yet been released. Versace’s first

signature collection was presented in March 1978. His first menswear collection followed in September. The collection was characterized by a stylish nonchalance and the use of pastel colors.Versace decided to remain independent, becoming one of the few big labels in control of the entire product cycle, from design to retailing. Creative and marketing operations were handled through the company. On the manufacturing side, the company had a controlling interest in its production facility. Control of manufacturing was necessary in order to monitor quality and image. Eighty percent of the styles that reached the runway were produced by Alias. Retailing through boutiques was handled directly for image purposes in Paris, London, New York, Madrid, and Milan or through exclusive franchising and multi-label boutiques. To smooth distribution, buyers viewed the collections and placed their wholesale orders out of the company’s Milan showroom. Retail operations were franchised.

In 1979, Versace, who was always greatly concerned with his image, began a collaboration with the American photographer Richard Avedon. In 1982, Versace won the first of a series of awards, “L’Occhio d’Oro,” (Golden Eye) for the best fashion designer of the 1982-83 fall/winter collection for women. “Story of the Versace Medusa Head Logo .” Gevril Group, gevrilgroup.com/versace/gianni-versace-medusa-logo/. stated that “In this collection he displayed his famous metal garments, now a classic feature of his fashion.” His metal mesh dress was inspired by the punk fashions he saw in London in 1980. To develop the mesh material, Versace worked with German engineers. In la

ter collections, metal dresses were made in bright colors. In the 1980s, Versace introduced another technological innovation, the bonding of leather to rubber using lasers
In the book Vulgar Favors: Andrew Cunanan, Gianni Versace and the Largest Failed Manhunt in U.S. History, journalist Maureen Orth claimed that Versace had the AIDS virus when he was murdered. The Versace family won a legal battle in 1998 to exclude the designer’s medical history from the police report on the crime. The family called the allegation in Orth’s book an invasion of privacy and a “scurrilous attack on the reputation of someone who was a victim of a horrible crime and is not here to defend himself.”Robin Givhan wrote of Versace in the Washington Post, “Designer Gianni Versace is being mourned by the fashion industry as a fallen titan. Before Versace, there were no supermodels, no celebrities at shows and in advertising, no screaming fans. Fashion was not entertainment, it was merely clothes. Over time, his work was celebrated not only in fashion annals for its brashness but also in museums because of the ways it reflected the culture and re-energized the Old World artistry of the seamstress of the couture. Versace understood the importance of marketing. He loved celebrities and knew that they not only attracted the attention of the press, but they also helped to set trends.”.I think that gianni is very gifted person who’s fashion design is very good , i would love to be like him one day . 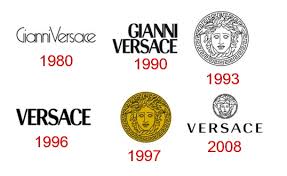