At the Society of Illustrators, there were a couple of exhibits to choose from, but the one that really captured my attention was the Batman Black and White: The Sketch Covers. This specific exhibit truly captured my attention, first because I am a huge fan of batman and the artwork behind him. The exhibit really showcases the different interpretations of batman. Some of the sketches include typographical views, they challenge your beliefs, and some of them have a very childlike interpretations. There were 4 works that drew my attention, Peter Kuper, Jeffrey Brown, Maurice Vellekoop, Matt Pashkow, and Vanessa del Rey. All great artist who were able to give their interpretation on batman, they took the same topic and each one affected me differently. Whether it was emotionally striking, or just a different batman interpretation.

Throughout the exhibit all of the works were done pleasantly well and the color choice to display each and every work was a bright almost coca cola red, with the descriptions in a white square. Although the color choice is simple it truly keeps the art more inviting and gives you a space so your eyes breathe. The first sketch was by Vanessa Del Rey she decided to sketch batgirl and truly show off batgirls figure, the yellow and black really work with each other and the bits of white left in the suit really give it a texture of latex to her suit, not to mention the use of orange in her hair really brings the character to life. Her interpretation of batgirl stays true to the character and its franchise. The second work is from Matt Pashkow, his take on batman was a more subtle approach, one that plays with your mind and allows it to play with shape. Pashkow took batman and with typography made a silhouette, the words that truly make up batman, he put together his own batman with typography. He wasn’t using much color, but he lets his typography speak and bring his art to life. These two exhibits show that you can keep to the roots of the art and also take a different approach to still keep the character in mind.

The third exhibit was a little more challenging to take in, this one played with your beliefs and made you look at something in a different light. Maurice Vellekoop’ s interpretation on batman was morally challenging and it truly made one question whether it was right or wrong. Batman and Robin were both shown as partners and the art made batman someone who is shown in a certain way and it was flipped upside down and brought into a different light. This interpretation is a more comedic take on batman, but also it changes one’s views on how batman is seen. The final interpretation is more of a political take on batman. Peter Kuper known for his social observations took che guevara and gave him a batman interpretation, this image takes a different direction and transforms this political figure into how he was seen in his world. The use of color gave the sketch a feel of of Che in the world of batman, it transformed batman and almost brought him into the real world. He took batman and compared him to Che.

This exhibits purpose was to show how different artists see batman in different lights. Some interpretations of batman were very comical and even subtle, but others really challenge what you believe in and even more political views on things. Batman being as iconic that he is stands for many things, he is good nor evil, which is why he can be seen in so many different ways. Batman is the perfect figure and the way we all view him might be different. Challenging our beliefs is what was done, but still respecting batman’s image. 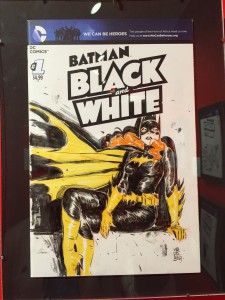 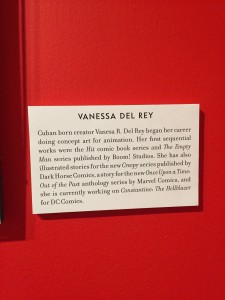 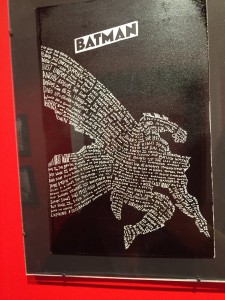 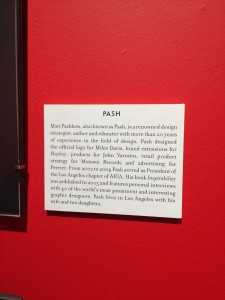 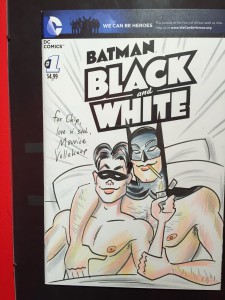 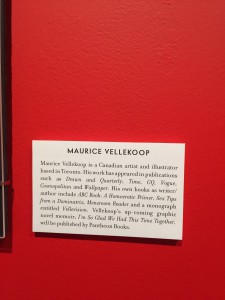 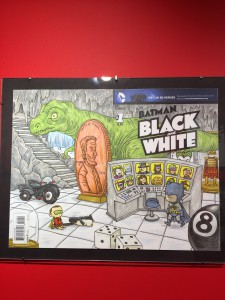 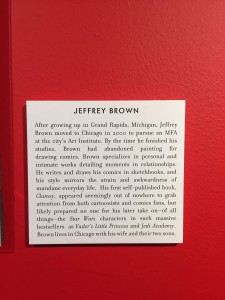 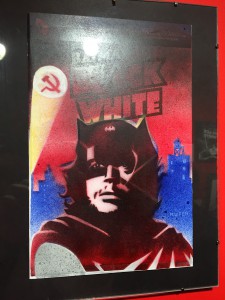 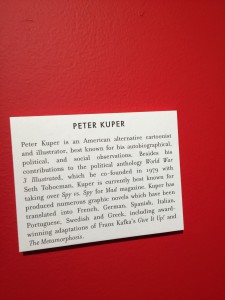