This is just a small sample of what my game will look like. Enjoy!

Posted in Uncategorized | Comments Off on Non-Stop Maze

Here is the bare bone code for object generation in bge.

Posted in Uncategorized | Comments Off on Object generation code 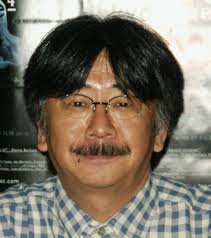 All games have many elements that sets them apart from each other. I believe the number one element that can make any consumer become attached to a game is the music. Some people, if not most, says that their reason that a certain video game is their favorite is because of the soundtrack. Composers like Nobuo Uematsu made this possible. Let us enter into the life of the above composer.

Uematsu was born in March 21, 1959 in Kochi, Japan. Elton John was his inspiration for his interest in music so at age 12, he taught himself to play the piano. In 1986, he joined Square Co., Ltd which is now Square-Enix. His role was composing music for video games and that perfect example is Final Fantasy. He worked with Hironobu Sakaguchi, the game’s creator, to make Final Fantasy a huge success. In 2004, he left the company to start his own called Smile Please, Ltd while still composing video game music plus organizing live performances of his work. The band he leads were called The Black Mages.

Uematsu is one of the reasons why I love video games in the first place. The music is the first thing that attracted me to his work. Hopefully one day, I can become a great composer like him while at the same time, become a great video game developer.

Posted in Uncategorized | Comments Off on Nobuo Uematsu – Composer

Posted in Uncategorized | Comments Off on Links for todays lecture

If you are a gaming enthusiast and enjoy playing video games on your computer, chances are that you have heard of Gabe Newell. For those of you who may not know our lord savior… Gabe Newell is the is the co-founder and managing director of Valve corporation which you may know for their many hit titles such as, Portal, Half-life, Dota2, Team fortress and Left 4 dead and the Steam client. Gabe Newell started his career at Microsoft corporation having worked there for 13 years, he left Microsoft to found Valve and started the production of half life and steam.  So thats a little overview of GabeN. but what I really wanted to talk about in this post is Steam. So for those of you who don’t know Steam “Steam is an internet-based digital distribution, digital rights management, multiplayer, and social networking platform developed by Valve Corporation.” Steam dominates the PC gaming market, you can find almost all of your favorite games on steam, thanks to Steam you can buy most of those games on sale for discount prices without having to go to a store and buy a physical copy. But thats not all, Steam also has other functions, such as work shop, Steam green light and many more. Steam has also changed the indie gaming world. A lot of indie game developers now release their games through steam greenlight, if a game receives a lot of positive feedback the developer is then able to release their content through steam. Steam workshop is also huge for independent artists wheather you create hats for team fortress2 or Dota2 or you’re creating custom maps or game mods. Steam provides the opportunity for a lot of people to create content for the games they like to play and get paid for it through steam.

Posted in Uncategorized | Comments Off on GabeN. Steam.

Truly an iconic man he was the person who brought us blender and with the help of the community gave us a free 3d modeling software, that rivals no one but instead was built for the public by the public.

Roosendaal studied Industrial Design in Eindhoven, before founding the animation studio “NeoGeo” in 1989. It quickly became the largest 3D animation studio in the Netherlands. At NeoGeo, Roosendaal was responsible for software development, in 1989 he wrote a ray tracer called Traces for Amiga and in 1995 he decided to start the development of an in-house software tool for 3D animation, based on the Traces and tools that NeoGeo had already written. This tool was later named “Blender”. In January 1998, a free version of Blender was released on the internet, followed by versions for Linux and FreeBSD in April. Shortly after that, NeoGeo was taken over by another company in parts. This was when Ton Roosendaal and Frank van Beek decided to found a company called Not a Number (NaN) to further market and develop Blender. NaN’s business model involved providing commercial products and services around Blender. In 2000 the company secured growth financing by several investment companies. The target of this was to create a free creation tool for interactive 3D (online) content, and commercial versions of the software for distribution and publishing. Roosendaal moved to Amsterdam in 2002.

Due to low sales and the ongoing difficult economic climate, the NaN investors decided to shut down all operations in January/February 2002. This meant that the development of Blender would be ended. However, in May 2002, with support from the user community and customers, Ton Roosendaal founded the non-profit Blender Foundation.

Posted in Uncategorized | Comments Off on Ton Roosendaal.

Peter Douglas Molyneux  born 5 May 1959 he created the god games Dungeon Keeper, Populous, Black & White, as well as Theme Park, the Fable series and Curiosity – What’s Inside the Cube? . Peter Molyneux began his career in 1982 by distributing and selling floppy disks which contained video games for Atari and the Commodore 64. He believed that including games on the disks would improve sales, and later decided that the games were the main selling point.Using money earned from the database program, Molyneux and Les Edgar founded Bullfrog Productions in 1987.Molyneux provided the original concept for Populous, the first god game for the personal computer. Released in 1989, Populous was a major success for Bullfrog and went on to sell over 4 million copies. On 7 March 2012, Molyneux announced that he would be leaving Lionhead and Microsoft — after the completion of Fable: The Journey — to begin work at a company founded by former Lionhead Studios CTO Tim Rance called 22Cans.

Posted in Uncategorized | Comments Off on Peter Molyneux

As a person who has spend more than 400 hours playing civilization 5 I find it easy to name Sid Meier as a  source of inspiration. Starting from humble roots in Canada and studying computer science in  University of Michigan his first job was not making video games rather installing software in an office building. As an avid video game player himself he started programing video games himself. One of the first video games he made was an early fight sim in the 80’s called Spitfire Ace. This allowed him to make his passion his job and began a video game studio called MicroProse with his friend  Bill Stealey. They lean towards making simulation type games, these would include a list of flight sims and a some favorites he is know for today such as Railroads and Pirates. He also started adding his name on to the title of the video games he made. Then he design and made Civilization. Civilization is a turn based strategy game that has become in my opinion a pillar of computer video gaming along with games such as Doom and Warcraft.  He is a screen shot of of the newest still unreleased Civilization game called beyond earth verse the first civilization game released. 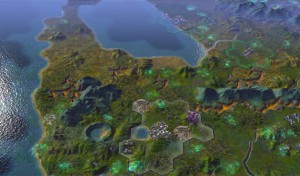 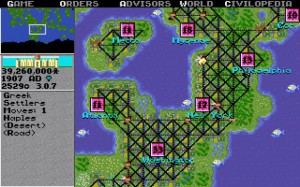 Posted in Uncategorized | Comments Off on Sid Meier

Posted on September 22, 2014 by Dwayne Carolina 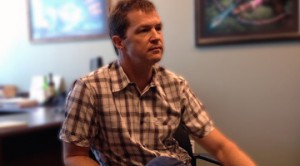 Born on June 9th 1970, Rob Pardo is a game industry legend who has been game designing on a broadly known level since 1994. His biggest works till today consist of mostly Blizzard entertainment games like some expansion packs of World Of Warcraft. The reason i chose Pardo as my inspiration because as a former wow-player, i remember my earlier experiences with the game and loving the entire atmosphere of the game. Rob’s way into blizzard was at first being a game tester, which i also aspire to be because I think its cool and there is a certain gift you get when the weight is on your shoulders to make sure every game you test is at its maximum potential in terms of gameplay. I believe by Rob experiencing being a tester, he developed a new found relationship for users that made him connect with them on a higher level.Rob Pardo has been game designing for years and contrary to popular tendencies, he always tries to tread a different path when designing a new/different game. Most people in general try to stick with what they know, but he admits that he loves to challenge himself and try to give the user something they’ve never seen before. For the way he goes about things and his purpose, Rob Pardo holds the spot for my current inspiration for my career.