Hello! Thanks for visiting my website! My name Nikolaas Mohan. I am 20-year-old Brooklyn photographer currently enrolled at (full-time) New York City College of Technology (NYCCT) pursuing a Bachelor’s in Communication Design. I am currently working on becoming a commercial and fashion photographer.  I believe photography is a gateway to unimaginable experiences and it serves as way to express your ideas or creative ability.

Apart from being an artist, like to watch football. My favourite football club is Manchester City. They are the best club in the English Premiere League. Hopefully this year they would win the Champion’s League. Other than that, I don’t have much to say about myself because I like to keep my personal life to myself. However, I am an easy-going person and fun to be around. Thank you! 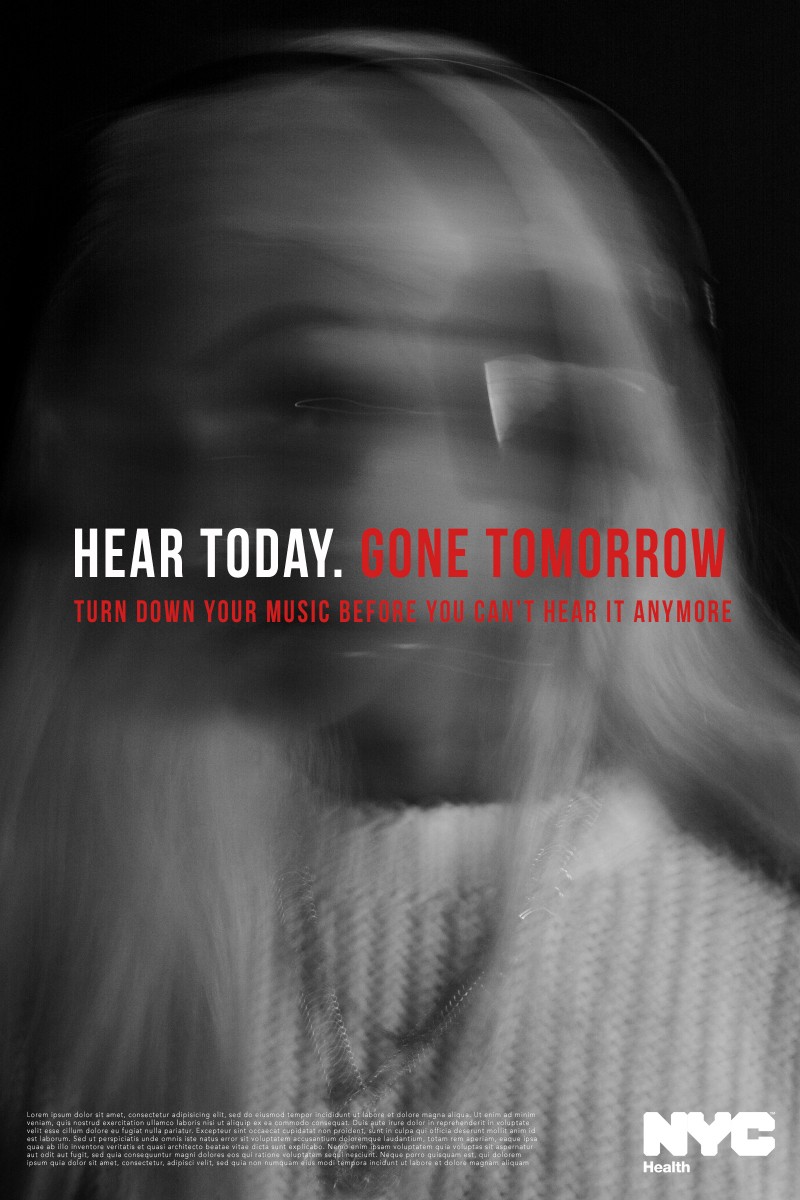 Michael Bierut is an American designer, critic and educator.  Through the years he has worked with a series of large clients which includes, The New York Times, Saks Fifth Avenue, The Robin Hood Foundation, MIT Media Lab, Mastercard, Bobby Flay Bold Foods, Princeton University, the New York Jets, the Brooklyn Academy of Music, Playwrights Horizons and he created Hillary Clinton’s famous logo. Today, I would be talking about why I choose this designer and the history about his work and himself.

Michael Bierut was in born in 1957 in the town of Cleveland, Ohio. As a child he was inspired and admired all art forms. With included paintings, drawings, fine art and as well music. With this passion for art, he went to the University of Cincinnati’s College of Design, Architecture, Art and Planning for graphic design. There he graduated with high honour (summa cum laude) in 1980. Upon graduation he was worked for the Vignelli Associates, which was the design firm for legendary designer Massimo Vignelli. With his hard work and dedication, he became the vice president of the firm. After working at the firm, he moved and served as president as American Institute of Graphic Arts (AIGA) in 1988 to 1990. The AIGA is organization for design which composes of communication design, graphic design, typography, interaction design, branding and identity. Upon of that, according the Pentagram Michael “serves on the boards of the Architectural League of New York and the Library of America. Beirut was elected to the Alliance Graphique Internationale in 1989, to the Art Directors Club Hall of Fame in 2003, and was awarded the profession’s highest honour, the AIGA Medal, in 2006. He was winner in the Design Mind category at the 2008 Cooper-Hewitt National Design Awards. In 2016, he was the Henry Wolf Resident in Graphic Design at the American Academy in Rome.” Despite, various roles and achievements he wants to be an inspiration to all communication design students; a result of his passion, he became an educator at Yale School of Art and a senior critic.

Why is Michael Beirut so important to our major? Well, Michael’s one design philosophy is based on typography. He believes typography plays a major role within graphic design. I have overheard and witnessed numerous professors complain about many students and their choice in typography. Many students either choice type that doesn’t reflect on the topic or the main point of their design and disregard some basic rules of typography. For example, rivers, widows and orphans, scaling fonts, using strokes on type, too many fonts on a page, using detonative fonts as body type and the list goes on.

Another aspect as to why we should study Bierut t is his ability to use typography as a art. For example, if we look at his MIT Media Lab’s logo and font design, you’ll see that he cleverly uses lines to create the type. You can see he used font as the actual logo, this is called logotype. Personally, I love making logotype because it is simple yet restrictive. However, through that restriction, you create masterpieces.

As communication designers, we should look into learning how to learn from Michael Bierut and his accomplishments. We can learn the concept of minimalism to create form and design to maintains its structural fundamental principles. In our exploration phase of our design development, we should be able to distinguish ourselves and artistically and technically. Learning from Mr. Bierut, we would learn how to perfect our craft and therefore, reinforce our presence as designers of the twenty first century.

The question we ask our self is whether are prepared to do what is necessary to learn from our masters. Michael Beirut is very influential and someone we can pick and “steal” concepts for understanding design. His overall achievements should not be taken in vein, rather we should enforce it upon ourselves to improve our development. This why must study the work of Michael Beirut.

“About AIGA.” AIGA | the Professional Association for Design, AIGA, www.aiga.org/about/.

The Nikon Corporation is an international Japanese company that creates various imaging and optical products. They responsible for creating various products such as binoculars, telescopes, microscopes and more importantly cameras. The company was the direct result of a merger three separate companies in 1917. It was formally called Nippon Kōgaku Kōgyō Kabushikigaisha translated to “Japan Optical Industries Corporation; it was later changed to Nikon in 1988. Throughout the years, Nikon has multiple changes to their company name and logo which reflected the many purposes they served throughout history.

This is the first Nikon logo, their Nippon Kōgaku Kōgyō Kabushikigaisha used from 1917- 1930 (abbreviated Nikko) The logo is quite simple with a unique hexagon shape with the brand Nikko with a warped rectangle with four Japanese characters. Eventually, the logo changed to carry its’ name, Nipponokogaku Logoaku Tokoyko which is their official and name. Similar to the previous logo, it has the same hexagon shape with a warped rectangle. Instead of the Japanese characters, it has the company name. (1930-1953).

Throughout 1953–1979 Nippon Kōgaku Kōgyō Kabushikigaisha used their camera name (Nikon) to make it their official company name. Along with that change a new logo was made. This was a logotype of the company name by using a weighted sans serif. During that period, they had a second version of the same logo which instead was encased in a “pill” shape filled with the colour yellow. The yellow colour represents of the emotional qualities unique to Nikon which depth and passion. The colour black is used represents the high quality and trustworthiness that Nikon has earned over the many years.

In 2003 Nikon made a drastic change to design of their logo. The logo uses the same logotype encased within a yellow box with multiple elongated circles. This description from Nikon best summaries the overall design “While preserving basic design elements that have supported the Nikon brand image in terms of quality and reliability, add fresh and innovative elements, including a new Nikon concept.

Preserve the black Nikon logotype that has gained worldwide recognition for superior quality and reliability, as well as Nikon’s identity colour, yellow. Add a graphic element of sequential rays, to represent the future, and express Nikon’s mission, will and future possibilities. Yellow expresses breadth and passion, while black expresses trust and quality. The brand image redefinition seeks to add the concepts of “innovative technology” and “a sense of the times” to the notions of superior product quality and reliability for which the Nikon brand has traditionally stood. Following up the brand symbol re -definition exercise, Nikon will endeavour to raise Groupwide brand value by continuing to nourish its image as a precious asset indicative of a world-renowned level of quality and functionality, to work to more fluidly and effectively in developing new products and marketing approaches and to introduce brand management paradigms in step with the times.” [ www.nikon.co.jp/main/eng/news]

According to the Nikon President Representative Director Kazuo Ushida “Ever since its establishment in 1917, Nikon has been focusing on light and expanding the possibilities of light as a pioneer of optical technologies to the world. To express our gratitude to all of our stakeholders who have faithfully supported our development in the past 100 years and help achieve a future full of hope, we will continue to strive to gain even deeper trustworthiness from our customers in the industrial, medical and scientific fields while delivering exhilarating experiences to our customers in the imaging field. Nikon will create new values by applying our accumulated technologies to diverse fields. As society becomes smarter with the help of AI, advanced optical systems made possible only by Nikon will become indispensable as its eyes in a broad range of sectors, including transportation, industry and agriculture. To provide guidelines for our move toward the future, we formulated a new vision this year and set forth to our staff members the mindsets we need in our bid to create new business fields.”

With Ushida statement in mind, this year Nikon this year has released two new mirrorless DSLRs. The Z6 and Z7. These two new cameras mark a new era in photography, as Nikon set to compete with Sony and Canon. Along with the release of their new cameras, they created a new logo to market their new line up. The letter “Z” which stands for name of the cameras, but also a new mount. Compared to their mirrored DSLR, this new Z mount is much larger and allows more light to the sensor. This is to compete the likes of Sony and Canon. With that in mind, the marketing design is quite simple, the “double” Z merged, which has this classic and modern twist. Overall, Nikon’s changes throughout its existence, has been able to capture their mission and purpose using their logos and designs. 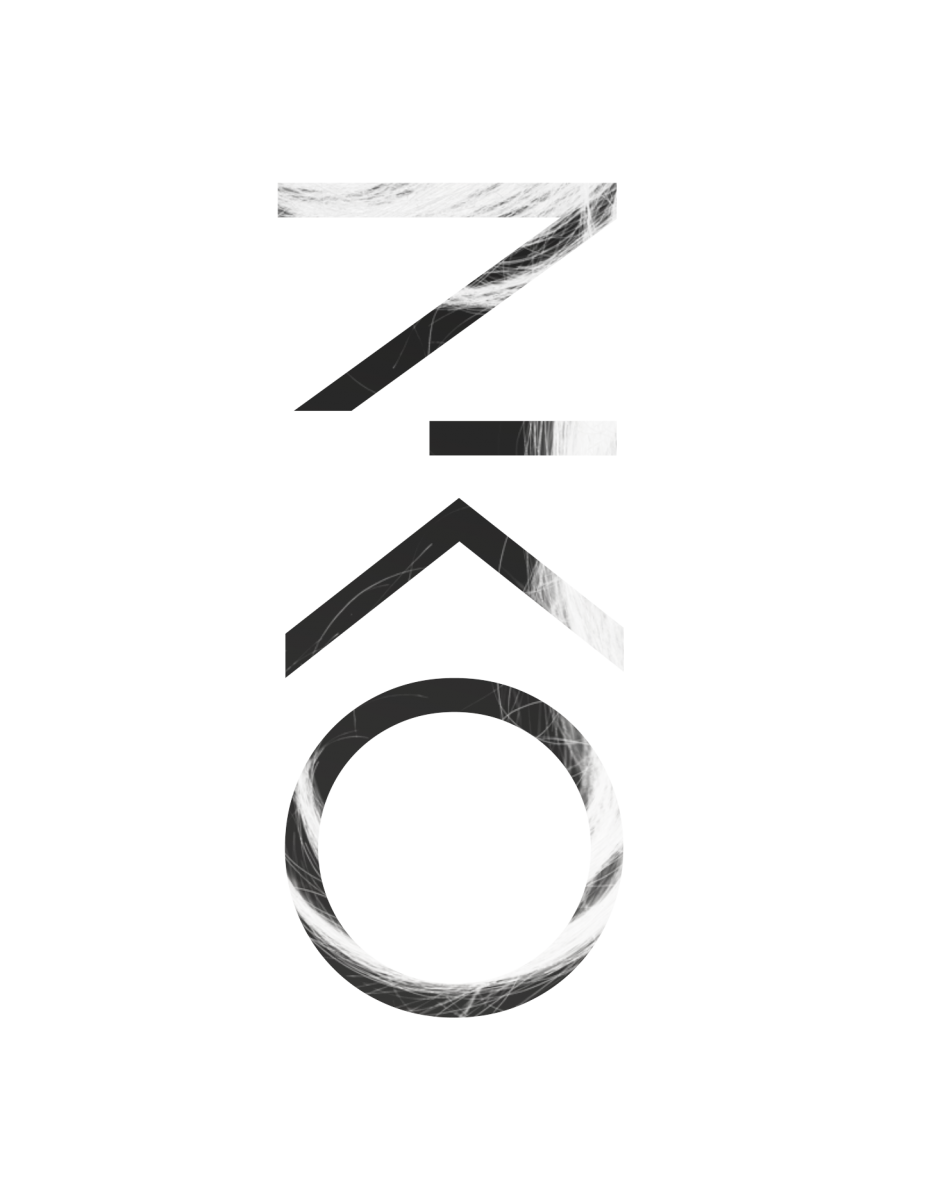 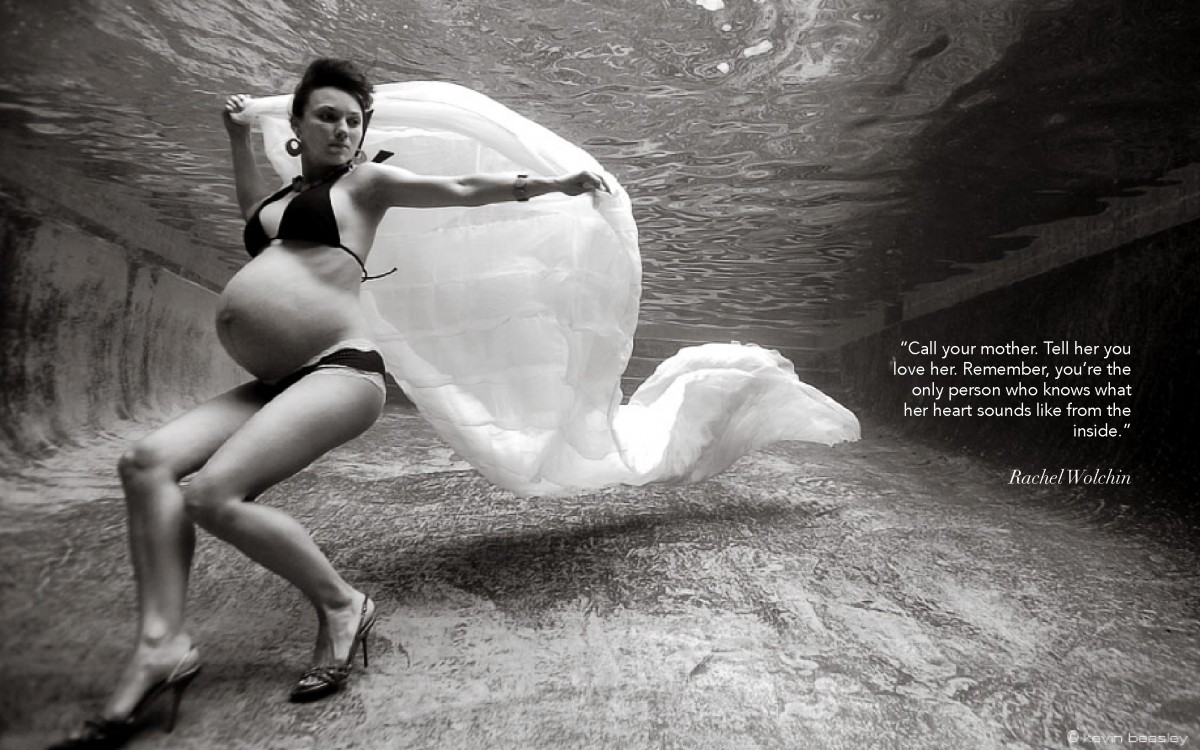 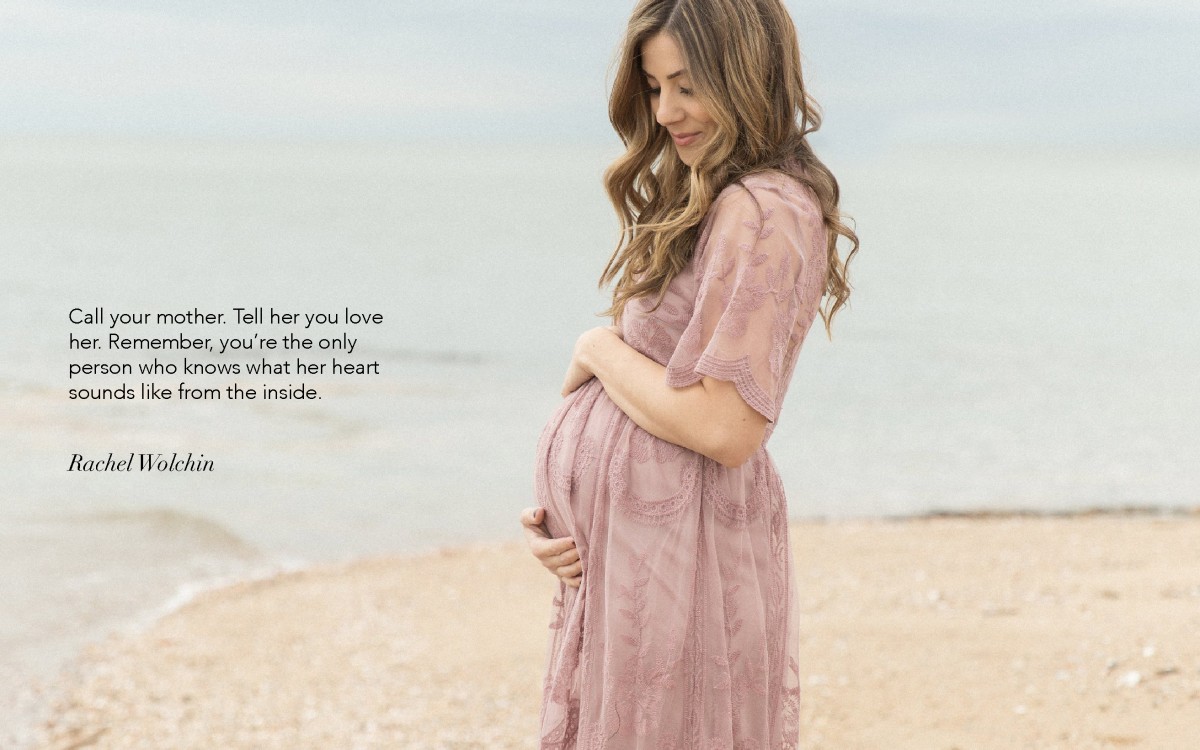 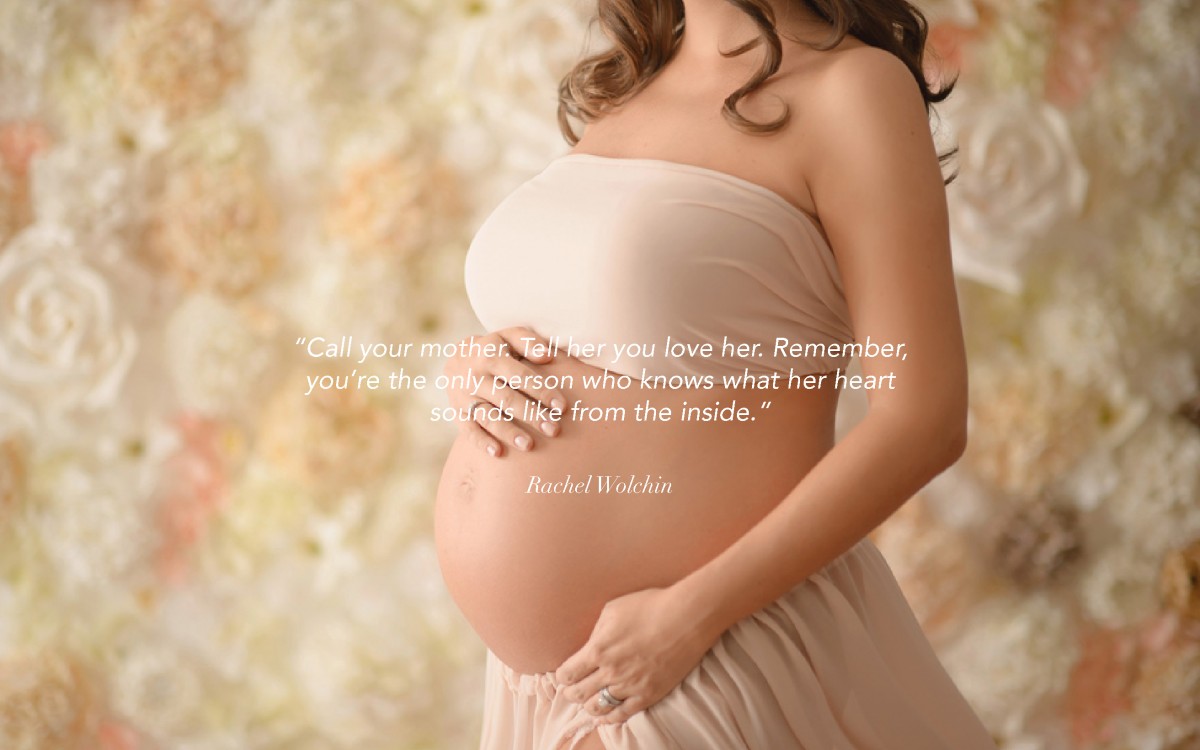 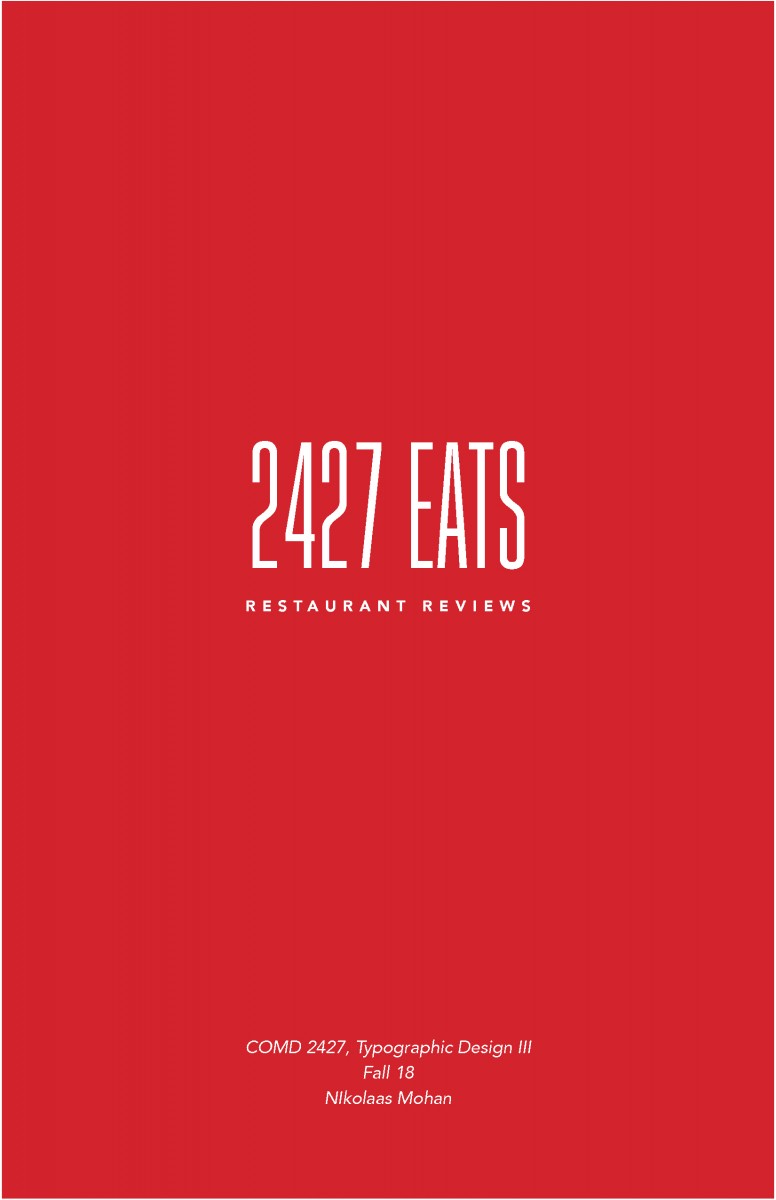