I think I did great work during this Internship; it was an amazing experience that I believe everyone involved in it learned a lot with me OfCourse learning the most. I was able to show the variety of skills I have and learn a lot of stuff I never knew before. 9/10

I did a collaborative project called Sacred Leaves during my Internship, I worked on it with two people the Artist and a music composer. The project was a stop motion video with an abstract idea. we worked on it hands on with all group members with feedback and changes all the time. My role was to do the photography an put the stop motion together on premier. It was a very successful project that I got a lot of praise for and learned a lot from.

It was a great working environment, informal and very chill if I may say. We were in a free working environment I would arrive knowing my assignment already, I will take a seat and start working on my laptop and get revisions all the time from the supervisor which I found to be a very productive way to work. I used a variety of softwares  to complete my project Adobe Photoshop, Indesign, Illustrator, Premiere.

How I found the Internship?

I knew the owner of the place from previous work experiences with him and when I asked him if he would be willing to accept me as an intern at his school he agreed, and I started working immediately. His name is Dr Reda Abdelrahman, He is a very famous artist in Egypt, and he moved to New York a couple of years ago and he is trying to make it here check out his website www.redaabdelrahman.com it is done by me.

I started working for portrait art studio and school for my internship this semester. It is a small company with just the owners working at one location. It is a private company working in teaching art and producing art. The clients are mostly students of art from all ages. The company was founded in September 2021. I worked in the advertising and marketing department to creat some promotional material for this new company.

I plan to do two balls bouncing on a flat surrface to the right until they reach a box and drop inside of it.

In this video, the original, largely uncompressed, .mov file was 74 megabytes. With reasonable compression, you can make a much smaller file – the second .mov sample is down to 9 megabytes. The third example shows a few artifacts: the compression ‘macroblocks’ are now visible, the parrot is now blending in and out with the rack of CDs in the background (and vice versa), and the motion has become ‘steppy’.

The Evolution of Gaming

The Evolution of Gaming

The first recognized example of a game machine was unveiled by Dr. Edward Uhler Condon at the New York World’s Fair in 1940. The game was played by 50,000 people in the 6 month it was featured and the computer won about 90% of the games. However, gaming didn’t start for commercial home use until 1967, when Ralph Baer and his team released the prototype “Brown Box”. The “Brown Box” was to be connected to the television and had 6 games ping pong, checkers and 4 sports games, it also had accessories included a light gun for a target shooting game, and a special attachment used for a golf putting game. The brown box was later released in 1972 under the name Magnavox Odyssey. The Magnavox sold around 300,000 consoles between 1972 and 1975 before it was discontinued for the poor sales since home gaming was strange to the average American at this time.

SEGA and Taito were the first companies to be able to make popular arcade games when they released the electro-mechanical games Periscope and Crown Special Soccer in 1966 and 1967. Atari was the first company to create a large-scale gaming community in late 1972, in 1973 they created a whole new industry around “arcade” games retailing at 1,095$. This new arcade games started invading bars, bowling alleys and shopping malls around the world. From 1972 until 1985 tech heads started to realize that gaming is a big market so 15 more companies started developing games.

In 1977, Atari released the Atari VCS (later known as the Atari 2600), but found sales slow, selling only 250,000 machines in its first year, then 550,000 in 1978 — well below the figures expected. The low sales have been blamed on the fact that Americans were still getting used to the idea of color TVs at home, the consoles were expensive and people were growing tired of Pong, Atari’s most popular game. The Atari VCS was designed to only run 10 games simple challenge games, such as Pong, Outlaw and Tank. However, the Atari VCS had an external ROM slot were you could add a game cartridge, when this was discovered by programmers they were able to release games that out performed the games the were originally designed with the console. One of these games were Space Invaders which started a whole new era of gaming and shoot up the sales of the Atari VCS to 2 million by the year 1980.

The video game boom caused by Space Invaders saw a huge number of new companies and consoles pop up, resulting in a period of market saturation. Too many gaming consoles, and too few interesting, engaging new games to play on them, eventually led to the 1983 North American video games crash, which saw huge losses, and truckloads of unpopular, poor-quality titles buried in the desert just to get rid of them. The gaming industry needed a change.

At the same time were consoles were dyeing home computers started to get popular with computers like computers like the Commodore Vic-20, the Commodore 64 and the Apple II. This was also due to their affordable price to the average American ranging around 300$ and were also advertised to be the best option for the whole family. These computers had much better processors than the old consoles and were easier for programmers to develop games on since they used basic code. Magazines like Computer and Video Games and Gaming World provided BASIC source code for games and utility programs, which could be typed into early PCs. Games, programs and readers’ code submissions were accepted and shared.

The Atari ST allowed users to connect with other players early in the 1980’s. MidiMaze was released on the Atari ST and included a function by which up to 16 consoles could be linked by connecting one computer’s MIDI-OUT port to the next computer’s MIDI-IN port. While it didn’t work so well since users reported that connecting more than 4 players at a time slowed the game dramatically, this was a step toward a game that people even from my generation know that it changed the history of gaming which is doom and the idea of a deathmatch like we see today in games like Call of Duty and Battlefield.

Since the early 2000’s internet and computer technologies have exploded in a very fast pace that every new patch of processors and graphic cards blow the generation before it out of the window which effected gaming heavily, every year we see a new game that exceeds the expectations of everybody. The two biggest leaps ever in the industry were created by the PlayStation and Xbox which changed the look of games to be so realistic and full of details. 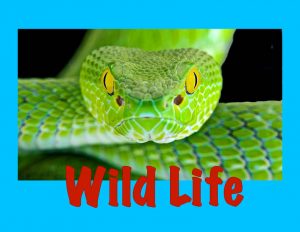