Walking around my neighborhood was a real eye opener for me. I’ve realized my neighborhood has its pros and cons. For example there are many unhealthy food options in the area. As seen in picture 1, there’s a Crown fried, Dunkin Donuts, Popeyes and Burger King next to each other. Also about two blocks down there’s 2 Chinese restaurants and a Subways. Then 3 blocks from the Crown fried there’s a McDonald. With so many fast food chains in one area it makes it harder for families to live a healthy lifestyle since the nearest grocery store closes at 8pm (Picture 2). Having this problem can lead to many health problems like Obesity, which can later lead to asthma. As stated in chapter 11 pages 38-39 “Children with type 2 Diabetes share all of the morbidity that is directly related to obesity, such as orthopedic, sleep apnea, and respiratory problems. Many have a negative body image.” These statements caught my eye because due to all these fast food places in the area, does that mean there’s a lot of obese children in my neighborhood? Does that mean these children have low self-steam due to the lack of healthier options in the area?

My second picture is the closest grocery store in the area. This store offers a decent selection of fruits and vegetables. It doesn’t have the greatest selection of organic items but there are some organic fruits and snacks. The neighborhood is predominately African American and Hispanics but sometimes it’s hard to find diversity within ingredients.

My third picture is one of the local parks in the neighborhood. Other than this park there are two other parks located nearby. This park has been in the neighborhood for years but recent been remodeled. As more families began coming into the community the park was remodeled offering more activates for local children. For example there’s now a skateboarding area, a workout station, handball court, basketball hoops, slides swings and even sprinklers during the summer. Before the remodel there was barely a park. All they had was open space, four basketball hoops that were broken half the time and dirt. Nothing you would like you children playing in.

My final picture shows Linden Plaza’s garbage Pail. Linden Plaza is one of the many apartment buildings located in my neighborhood. This land fill can be seen both negatively and positively. It can be seen negatively because having all that garbage in one location can cause an increase in rodents and roaches. But then it’s also seen positively because it’s better to have the garbage in one spot instead of having it thrown around the neighborhood. 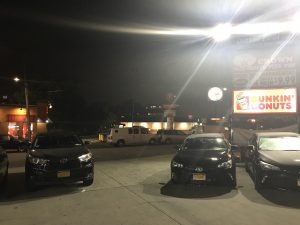 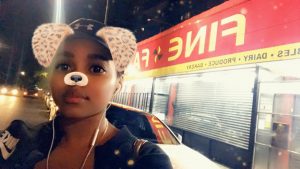 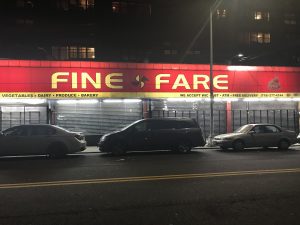 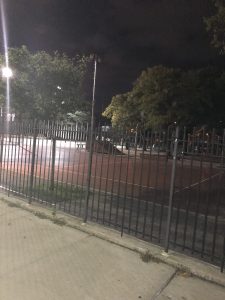 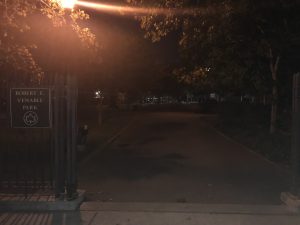 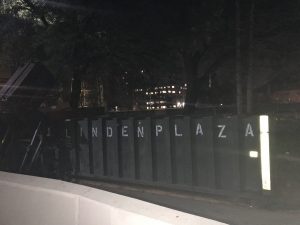