I would have liked to know what exactly was in Michael Jackson’s estate. Unfortunately we don’t know what was exactly in Michael Jackson’s estate because he created a “pour over” trust in his will.I am sure it was many cool things were in his trust. I was a little taken back by the fact that he did not list his ex-wife to receive custody  of his minor children. He instead listed his mother Katherine Jackson as guardian and if she could not act as guardian the legendary Diana Ross would be guardian. I would think that the mother would naturally get custody of her children. 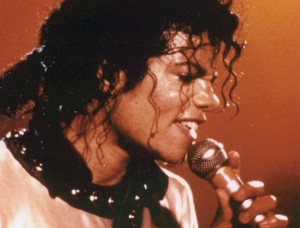 Michael Jackson A.K.A. the king of pop was born on August 29, 1958 in Gary, Indiana. He is the eighth child of ten children born to Joseph and Katherine Jackson. Michael Jackson was known to the world as a famous singer, song writer, producer and dancer.

Michael made his debut as Michael of the Jackson 5 which was a singing group formed by his father.  It consisted of his older brothers Tito, Jermaine, Jackie, Marlon and of course Michael. The group had many hit songs, they may be known for hit songs such as “I want you back”, “I’ll be there” and “ABC”. Later in life Michael left the group and became a solo artist he is best known for hit songs such as “Thriller”, “Beat it”, “Billie Jean” and “Black or White” .

In his solo career he made great accomplishments. Michael broke numerous records as an artist. He earned several Guinness World Records titles, including achieving the longest span of U.S. Top 40 singles—from November 6, 1971, to January 1, 2011. He won a total of 13 Grammy Awards—eight of them in one night in 1984—and was the first artist to have five singles reach No. 1 from the same album (1987’s Bad). He was also a double inductee into the Rock and Roll Hall of Fame, for both his work with the Jackson 5 and as a solo artist.

In Michael’s personal life he was married twice. He first married Lisa Marie Presley (the daughter of Elvis Presley) and they divorced in 1996. He later married Debbie Rowe the mother of his children, Michael Joseph “Prince” Jackson, JR and Paris Michael Katherine Jackson. Michael and Debbie Rowe divorced in 1999. He later had another child named Prince Michael “Blanket” Jackson II with an unknown surrogate.

Sadly Michael Jackson died on June 25, 2009 of Cardiac Arrest at the age of 50.  Fans will always remember him for all the chart toppers he left us with such as “Thriller” and his trademark dance the “Moon Walk”

LAST WILL AND TESTAMENT

I, MICHAEL JOSEPH JACKSON, a resident of the State of California, declare this to be my last Will, and do hereby revoke all former wills and codicils made by me.

I declare that I am not married.  My marriage to DEBORAH JEAN ROWE JACKSON has been dissolved.  I have three children now living, PRINCE MICHAEL JACKSON, JR.,  PARIS MICHAEL KATHERINE JACKSON and PRINCE MICHAEL JOSEPH JACKSON,II.  I have no other children, living or deceased.

It is my intention by this Will to dispose of all property which I am entitled to dispose of by wiil. I specifically refrain from exercising all powers of appointment that I may possess at the time of my death.

I give my entire estate to the Trustee or Trustees then acting under that certain Amended and Restated Declaration of Trust executedon March 22, 2002 by me as Trustee and Trustor which is called the MICHAEL JACKSON FAMILY TRUST, giving effect to any amendments thereto made prior to my death. All such assets shall be held, managed and distributed as a part of said Trust according to its terms and not as a separate testamentary trust.

If for any reason this gift is not operative or is invalid, or if the aforesaidTrust fails or has been revoked, I give my residuary estate to the Trustee or Trustees named to act in the MICHAEL JACKSON FAMILY TRUST, as Amended and Restated on March 22, 2002, and I direct said Trustee or Trustees to divide, administer, hold and distribute the trust estate pursuant to the provisions of said Trust, as hereinabove referred to as such provisions now exist to the same extent and in the same manner as though that certain Amended and Restated Declaration of Trust, were herein set forth in full, but without giving effect to any subsequent amendments after the date of this Will. The Trustee, Trustees, or any successor Trustee named in such Trust Agreement shall serve without bond.

I direct that all federal estate taxes and state inheritance or succession taxes payable upon or resulting from or by reason of my death (herein “Death Taxes”) attributable to property which is part of the trust estate of the MICHAEL JACKSON FAMILY TRUST, including property which passes to said trust from my probate estate shall be paid by the Trustee of said trust in accordance with its terms.  Death Taxes attributable to property passing outside this Will, other than property constituting the trust estate of the trust mentioned in the preceding sentence, shall be charged against the taker of said property.

I appoint JOHN BRANCA, JOHN McCLAIN and BARRY SIEGEL as co-Executors of this Will. In the event of any of their deaths, resignations, inability, failure or refusal to serve or continue to serve as a co-Executor, the other shall Serve and no replacement need be named. The co-Executors serving at any time after my death may name one or more replacements to serve in the event that none of the three named individuals is willing or able to serve at any time.

The term “my executors” as used in this Will shall include any duly acting personal representative or representatives of my estate. No individual acting as such need post a bond.

I hereby give to my Executors, full power and authority at any time or times to sell, lease, mortgage, pledge, exchange or otherwise dispose of the property, whether real or personal comprising my estate, upon such terms as my Executors shall deem best, to continue any business enterprises, to purchase assets from my estate,to continue in force and pay insurance premiums on any insurance policy, including life insurance, owned by my estate, and for any of the foregoing purposes to make, execute and deliver any and all deeds, contracts, mortgages, bills of sale or other instruments necessary or desirable therefor.  In addition, I give to my Executors full power to invest and reinvest the estate funds and assets in any kind of property, real, personal or mixed, and every kind of investment, specifically including, but not by way of limitation, corporate obligations of every kind and stocks, preferred  or common, and interests in investment trusts and shares in investment companies, and any common trust fund administered by any corporate executor hereunder, which men of prudent discretion and intelligence acquire for their own account.

On the date written below, MICHAEL JOSEPH JACKSON, declared to us, the undersigned, that the foregoing instrument consisting of five (5) pages, including the page signed by us as witnesses, was his Will and requested us to act as witnesses to it.  He thereupon signed this Will in our presence, all of us being present at the same time. We now, at his request, in his presence and in the presence of each other, subscribe our names as witnesses.

Each of us is now more than eighteen (18) years of age and a competent witness and resides at the address set forth after his name.

Each of us is acquainted with MICHAEL JOSEPH JACKSON. At this time, he is over the age of eighteen (18) years and, to the best of our knowledge, he is of sound mind and is not acting under duress, menace, fraud, misrepresentation or undue influence.

We declare under penalty of perjury that the foregoing is true and correct.