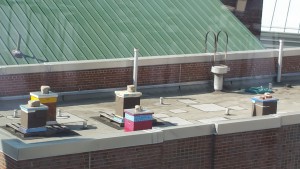 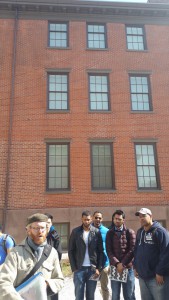 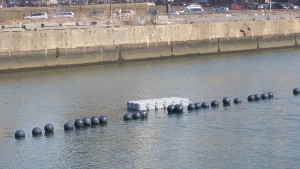 Oysters being raised for repopulation of the rivers around New York 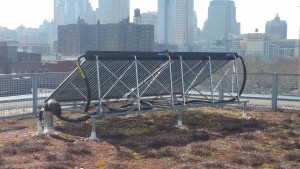 Front and back view of a solar water heater 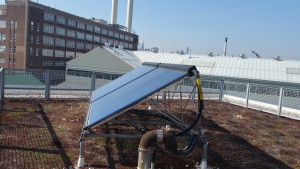 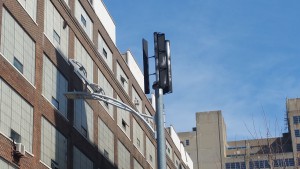 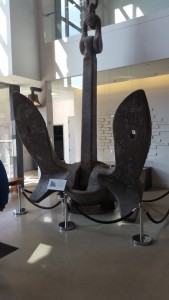 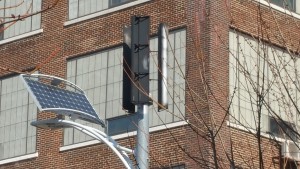 On March 7, 2016 my Environmental Economics Class had a field trip to the Brooklyn Navy yard .The information received from the tour guide was very intriguing and worth the time and money spent. The only regret about this trip is the time of the season which was almost the end of the winter. The reason for me to say this is because of this cold weather we weren’t able to see the roof top farming that produces fresh vegetables for human consumption.

For over 150 years, the Brooklyn Navy Yard churned out America’s most famous fighting ships, from the USS Maine to the USS Missouri. Today, the Yard is considered a national model for sustainable urban industrial parks. This tour, given in partnership with Turnstile Tours, explores the 300-acre facility and offers opportunities to get off the bus for a closer look at the Yard’s most intriguing sites, including a dry dock that’s been used since before the Civil War, the 24-acre former Navy hospital campus that is virtually frozen in time and the nation’s first multi-story LEED Gold-certified industrial building. Oral history clips, historical photographs and insight into today’s Yard business are also among the highlights of this comprehensive “Best of New York” tour.

Being an Electrical Engineering student at New York City College of technology I would like to one day own my own business selling and installing solar and wind power devices to consumers. While on the tour I notice some street lamps equipped with a solar panel and wind turbine. I asked the tour guide if these lamps were in use and he said yes there about 100 of street lamps that are in use. These lamps are used to light up the up streets at nights or when the weather overcast with limited sunlight. This was the most interesting part of the tour and one day I will return to find out some information on where I can get to meet with the company that produces the se lamps.

By Abraham Guzman ECON-2505
One of the most interesting part of this trip was the Oyster Reef. It was a very interesting fact to know that oyster use to be very common and abundant in New York Rivers. According to the online project “billion oyster project” New York harbor was once home to hundreds of thousands of acres of oysters.

Oyster constitute an important part of the ecosystem, they filter the water and create a marine habitat where other organism thrive. After the arrival of the European oyster population was destroyed, because of mass consumption and for the pollution to the waters.

The billion oyster project was launched in spring of 2014 by Murray Fisher. The project was developed with New York’s Harbor School. At this school situated in Governors Island the project begun and oyster farming start to grow in the city.

One of the hopes of this project is to restore the underwater ecosystem on New York City Harbor. Many schools have been involved to study and develop techniques to achieve the goals of the Billion Oyster Project. The founder of this projects explains that this project besides its environmental goal that attract student to pursue a cleaner city also involved them in science, engineering and mathematics. Science allow the development of new technologies to rapidly achieve the Billion Oyster Goal.

During this trip we could see the place where the oyster reefs are. The tour guy explained some of the background on the project and how much the quality of the waters can improve with the oysters. This is especially important since, as the guide point out, the city was not designed to manage the current demand for draining systems, this cause that dirty waters ended up into the rivers, further destroying the ecosystem. The Billion Oyster Project will not only help to reduce the contamination of the water but also as a protection against floods and to reduce the impact of tides that can approach the city.

As we can see, the Billion Oyster Project has many benefits aimed to restore the natural ecosystem in the rivers. It is important to stress the fact that this Project does not contemplate oyster for human consumption rather than protect them and restore them to their natural habitat. This is one more of the examples where technology is helping to restore the ecosystem, caused by deforestation and abuse of natural resources.

This trip helped me to realize some of the efforts some non-profits and governmental project to restore the already deteriorated ecosystem. These projects are important in a big city like New York because can encourage other cities to follow this idea to help alleviate the ecosystem. 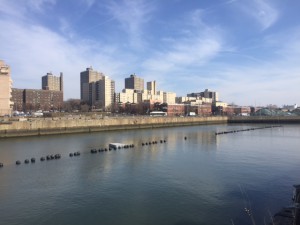 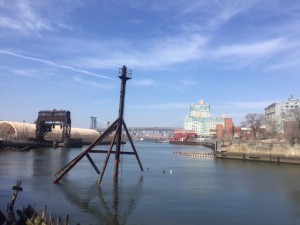 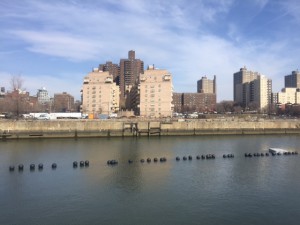