While working in this internship, the idea of ethics in design will often come up in many ways. Whether that is copyright or confidentiality or demeanor in the workplace. Ethics can always be brought up. In my internship there can be some examples of that. First and foremost, I did not sign a non-disclosure agreement or a confidentiality agreement, so based on that I am allowed to speak on the things I am working on in this internship. One thing is the use of images for my work. While the images were provided for me, they were only given with the permission of the photographers themselves. Each photo I used had to be given clear and exact permission because as photographers they put a lot of work into their craft. For someone else to just use it without any credit or monetary exchange is not acceptable.

Now, even though they gave permission to use these photos, that did not mean I was allowed to modify or alter the photos themselves. While creating the promos, I had an idea that would involve slightly altering the images, but my supervisor brought up to me that it could lead to some issues. The client had permission from the photographers to USE the images but not to MODIFY the images. So to avoid any potential issues, we decided to something different. This is an example of how important understanding what kind or rights you may have in regards to an image, logo, illustration and so forth.

Reading these articles on design ethics, I feel as if I have been given a better sense of how to carry myself as a designer entering the field. I would like to use the AIGA’s guide, specifically the sections “Business expectations for a professional designer” and “Standards of professional practice”. These are guides. Not rules. Not law. But rather a code to live by. It is in the name, ‘guide’. A manual that is to be used to uphold a code of ethics within the design industry. “A professional designer must not attempt, directly or indirectly, to supplant or compete with another designer by means of unethical inducements.” By having a level of respect for other fellow designers, it allows for a healthier environment than contributing to toxic practices. I see this guide a a way to hold myself accountable to the responsibilities I have to my fellow designers and the client, but also a way to be ethical to myself.

When thinking of ethics, the most famous case one may think of was the Shepard Fairey case. This was a case that highlighted the gray areas of copyright. Shepard Fairey was a designer who made the famous ‘HOPE’ poster during Barack Obama’s presidential campaign. The Associated Press then filed a copyright lawsuit claiming that Fairey used one of their photos as reference for his poster without permission. This led to a costly legal battle where Fairey claimed that he used another image but then came forward saying he used that photo and tampered with evidence showing that. In the end both parties reached a settlement and the case ended. Afterwards people brought up whether or not if it was fair for AP to go after Fairey. How does one consider a design to be ‘transformative’ enough to not be in danger of copyright claim. In my personal opinion, I think Fairey’s poster was transformative enough to be free from falling into copyright claim, but, where he went wrong was tampering with evidence to try and cover up anything relating to the case. The case made copyright law seem murky, and to see that a large organization with access to good lawyers go after a single designer feels unsettling. Copyright law is great to have when it is needed, but it feels like it can be misused and abused by the wrong people. I believe that it should be made to be more clear, especially with the internet growing into such a major platform for artists. 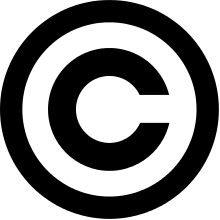