The topic of the project is promotion of innovation and community through networked digital media at a technology college: New York City College of Technology.   As the largest public college of technology in New York State, situated in dynamic downtown Brooklyn, NYCCT holds both opportunities and challenges for its students, faculty, and administration.  A particular need for this commuter school is for increasing participation in student clubs and for building college-wide community in general.  Positive correlation has been demonstrated between participation in extracurricular activities and college retention and graduation rates (Wang & Shiveley, 2009).  At NYCCT, these rates are quite low (CUNY System, 2013).

Launched in early 2012, the College’s digital platform, OpenLab, is designed to promote community and collaboration.  Thus far, however, the platform lacks tools for networking across course, project, club and other sites.  Taking advantage of the OpenLab platform’s flexibility, our project proposes a step in filling several needs by creating a resource tool with news about innovative technology.  At the outset, at least, incentive for searching out, posting, and tagging news feeds will come from student clubs.

The proposed tool—in fact a combination of tool and resource—is called “Cool Stuff: Tech for Tech.”  Housed on the OpenLab platform, it provides feeds of articles and websites about cutting edge technology that should be of interest to students working in various fields, whether for simple curiosity value or to incorporate into research and design projects.   Contrary to what might be expected, even students born in the “Digital Age” need guidance and incentive to understand and use new digital technology (Rubin, 2013).  For visual interest, initial human-generated feeds will be processed into information boxes including an icon alongside text of summary information, plus a link.  The “Cool Stuff: Tech for Tech” project site has a non-copyrighted image, with friendly and interesting appearance, as its icon: 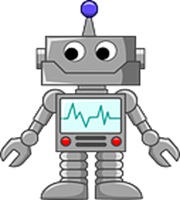 The project has the following objectives:

The project is a modestly scaled initiative related to Web 2.0, whose capacities for community-building and generation of creativity are much commented on but still evidently untapped.  As Wikipedia notes, “A Web 2.0 site may allow users to interact and collaborate with each other in a social media dialogue as creators of user-generated content in a virtual community…” (Web 2.0, 2012). 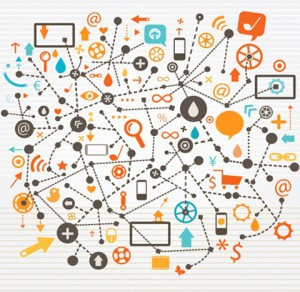 “The persistent appeal of technology,” from Edutopia.org, May 28 2013.

The success of the project would depend on establishing a new club, “Cool Tech,” that would have the gathering and posting of the feeds as part of its mission.   Incentives will be provided to other clubs, and to any interested individuals on OpenLab, to further process the feeds by selecting those of particular interest and tagging them in “folksonomies,” allowing for the creation of tag clouds and trends among clouds in sequence.  Clubs could include tagging in their missions; prizes could be awarded by clubs or departments for feeds generating the most interest as evidenced by tag clouds. Students in programs such as computer and architectural technology (data visualization) could use data from word clouds for research projects. In time, other forms of data visualization might be discovered.  Sorting and tagging the news feeds takes work, of course.  But research suggests that many people find inherent gratification in tagging because of the sense of contributing to community (Dye, 2006, p. 43).

OpenLab includes sites for courses, projects, portfolios, and clubs.  Currently just under forty clubs have a presence on the platform.  Based on their missions, many of these clubs, plus others that are not yet on OpenLab, should be interested in various sorts of new technologies, both from curiosity and for possible value for research projects.  Some of the clubs whose missions connect directly with technology are Anime Gaming Underground, the Mobile Application Developers, Gamma Epsilon Tau (graphic artists).

At City Tech, the program-based clubs such as Chemistry, Physics, and Math are often motivated mainly by department faculty, so tend to have weak participation. Vitality of these clubs—and quite possibly others as well—might be strengthened by incorporating projects of selecting and tagging feeds about developments in technology that are relevant to students’ interests and studies.  This group’s recommendation is that, initially at least, tagging be done as “folksonomies” rather than controlled vocabulary.  In addition to students, faculty might take interest in the “Tech for Tech” feeds in considering potential projects for the research of students they mentor.  As tag clouds accumulated over time, establishing trends of interest could generate news briefs for the campus and the outside community.   The spirit of play and innovation might lead individuals and clubs to develop new forms of data visualization for interest trends and interactions between groups around the “Tech for Tech” feeds.

In addition to investigation of the OpenLab platform’s resources, development of the “Cool Stuff” project proposal has involved searching out numerous articles and websites of innovative technology, as examples for the project site.  The interest-value of this new information was in fact what led the group to the project, and searching it out has brought the group more closely together.  Both the project itself and the presentation on it involve visual information, for which the group has researched RSS feeds, Pinterest, folksonomies, tag clouds, and the subject of data visualization in general.   This research has made direct contributions to the layout of the Project Site and to the presentation, but it has also offered a sense of the possibilities for expansion of the project.  For example, while the proposal involves human-generated “Tech for Tech” feeds at the outset, if the scale increases, automated RSS feeds could be implemented. 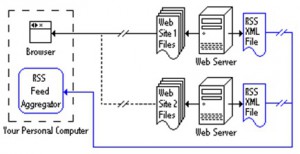 Edutopia.org. (2013, May 28).  The persistent appeal of technology. Retrieved from Google Images.

Software Garden.  (2004, July 06).  What is RSS? A basic tutorial introduction to RSS feeds and aggregators. Retrieved from http://rss.softwaregarden.com/aboutrss.html

Wachtel, A.  How Pinterest works. (2012, September 04).    Retrieved from http://www.howstuffworks.com/pinterest.htm