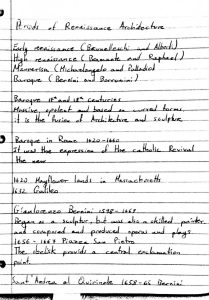 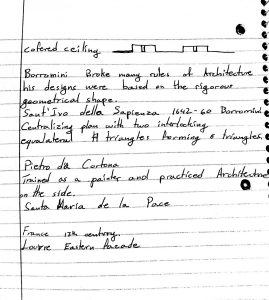 When the famous amphitheater by the name of the Colosseum was built in ancient Rome, it measured at 620 by 523 feet in area – making it the largest amphitheater of its time. The construction of the largest and most popular ancient Roman monument was started during the reign of Emperor Vespasian in 72 AD.

St. Peter’s Basilica is one of the largest churches in the world, built on the burial site of St. Peter, one of Christ’s apostles, on Vatican Hill in Vatican City. The first St. Peter’s Basilica was built in the fourth century by Emperor Constantine, but by the 1400s it was almost in ruins.

Neolithic era was was a period in the development of human technology, beginning about 10,200 BC, according to the ASPRO chronology, in some parts of the Middle East, and later in other parts of the world and ending between 4500 and 2000 BC. Neolithic. Neolithic (New Stone Age) Period in human cultural development following the Palaeolithic. The Neolithic began c.8000 bc in w Asia and c.4000 bc in Europe. During this period people first lived in settled villages, domesticated animals, cultivated cereal crops, and ground stone and flint. neolithic

Mesopotamia and early Egypt were two eras that brought a lot of improvement civilizations and one was certainly the building improvement and style. One type of building that the mesopotamia era brought was the ziggurat.The ziggurats were built of sun baked bricks with facings of fired bricks on the outside. The tradition of building a ziggurat was started by the Sumerians, but other civilizations of Mesopotamia such as the Akkadians, Babylonians and the Assyrians also built the ziggurat. While on the other hand the early Egypt era brought a slightly different style of building. The earliest inhabitants of Egypt lived in huts made from papyrus reeds. However, it was soon discovered that the mud left behind after the annual flooding of the Nile (inundation) could be made into bricks which could be used for building. Bricks were made by mixing mud and straw and leaving them to dry in the sun. This system brought building to life in Egypt one structure that came from this era is the famous pyramids. The difference between these two structures is the way they were built. The ziggurats have the long path ways of coming to the top while the pyramids are made of big stones from all sides which could work as steps at times.

Ziggurats were a form of temple common to the Sumerians, Babylonians and Assyrians of ancient Mesopotamia.The earliest examples of the ziggurat date from the end of the third millennium BCE and the latest date from the 6th century BCE.

The Great Pyramid of Giza (also known as the Pyramid of Khufu or the Pyramid of Cheops) is the oldest and largest of the three pyramids in the giza pyramid complex bordering what is nowel giza Egypt. It is the oldest of the seven wonders of the world, and the only one to remain largely intact.
Based on a mark in an interior chamber naming the work gang and a reference to fourth dynasty Egypt .Pyramid was built as a tomb over a 10 to 20-year period concluding around 2560 BC. Initially at 146.5 metres (481 feet), the Great Pyramid was the tallest manmade structure in the world for more than 3,800 years. Originally, the Great Pyramid was covered by casing stones that formed a smooth outer surface; what is seen today is the underlying core structure. Some of the casing stones that once covered the structure can still be seen around the base. There have been varying scientific and alternative theories about the Great Pyramid’s construction techniques. Most accepted construction hypotheses are based on the idea that it was built by moving huge stones from a quarry and dragging and lifting them into place.