Here is my final of the internship presentation PDF file.

In week 8, I was given the task of designing some products for our organization. There were three of them.Quartz band, string bag, and pens. I designed many different styles to give customers more choices.Among them, there are many string bags, and this one is designed with a real picture, which requires Photoshop. I am weak in this aspect.So it was a challenge for me. As there are too many styles, I will choose a few I like to send. 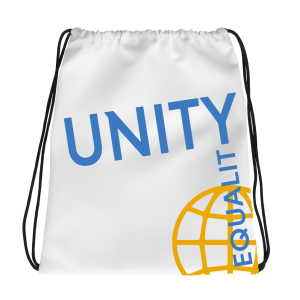 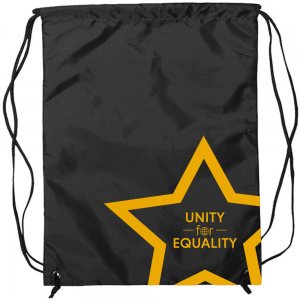 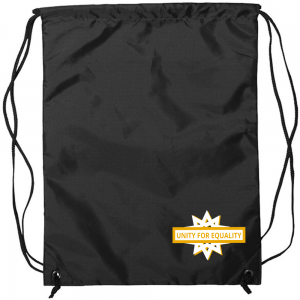 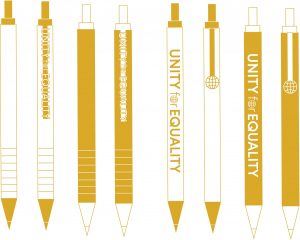 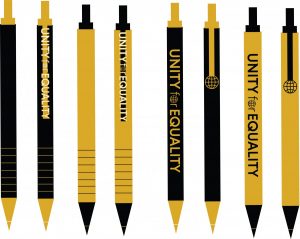 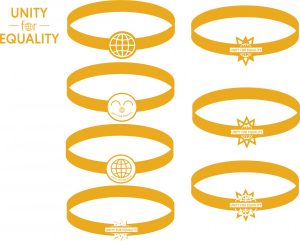 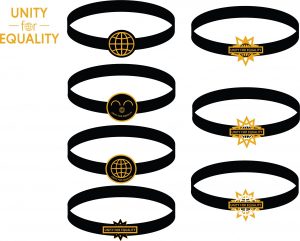 In week 9, I will start designing my year book page this week.What I got was the film, and I chose to make a year book page on the global box office charts for 2018.Because I think this list is an affirmation of the best films of the year.Because it is designed for three pages, so there is a lot of content to be done. I divided the top ten films into 6:3:1 to visit on different pages, and the top one can monopolize one page.It’s kind of like a ladder.I will try to choose the corresponding font and color for the corresponding movie.It’s also fun for me who like to watch movies. 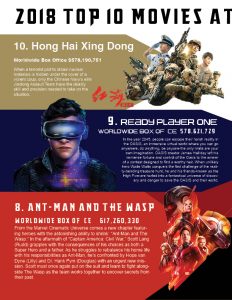 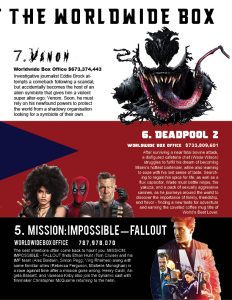 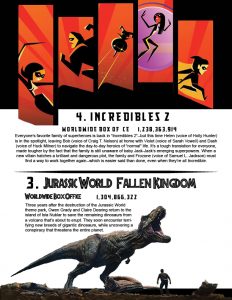 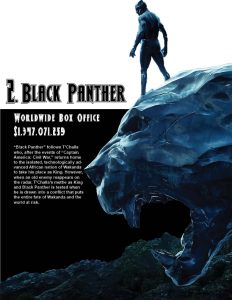 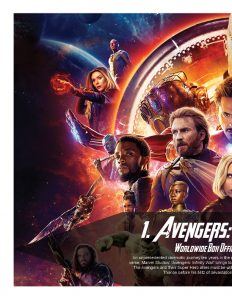 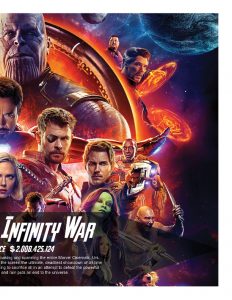 Week 6, this week I got a job I liked better, because it was done in code at the end, and I prefer to do it in code than design.This task was Mail blast. At the beginning, when the supervisor gave me this task, he told me that there was a platform website specifically designed and developed Mail blast on the Internet, and asked me to go to this website to make the Mail blast of our organization.In the beginning, I made Mail blast with the development platform provided by my supervisor, but the content design can only be made according to some choices given by the platform.Later, when I finished the whole production and conducted the email test, I found that the Mail blast made by these platforms could only be used in g-mail.Then I went to find out how to solve this problem. During the search, I found that the original Mail blast could be made with code.Then I made my own code and tried to send it and found it could be used for any E-mail, not limited to g-mail.And I also learned a lot of new code knowledge in making Mail blast with code, which is the most satisfying.

The following is the Mail blast that I made in code. It may be a bit problematic here, but it can be displayed well in the email.

By week 5, my supervisor was giving me a new assignment that I hadn’t seen before.This time he asked me to design the mailer for the organization. This is my first contact with this product.Fortunately, my supervisor gave me a template, and then I started to redesign.In terms of color, I still choose the theme color of our institution, dark yellow. However, I think that only one color in the background is too monotonous, so I choose to add a little change.Use the gradient tool to slowly change the color from light to dark, which can also separate the mailer into two areas and split the content.Then there is the proper typography of the text.In terms of photos, they choose some pictures that are active with children, which makes people feel kind when they see them.And for the convenience of promotion, I also made a Chinese version. 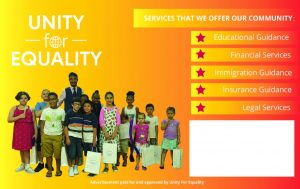 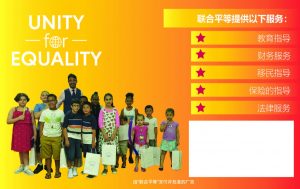 In the fourth week, I received a new assignment.I also met other interns from the same university this week.This task is to design a News Letter. Every intern of us will do one but will have different themes.This is my first contact with this product design, but luckily our organization has done this kind of News Letter many times before.This gave me an example for reference. The content I got was the theme of Back to school day and 9/11 Memorial, both of which were relatively simple and easy to find the text content. For the sake of stability, I made two design plans for each theme.In the theme of Back to school day, I used the classroom and school bus to represent and explain my theme. The design and font also adopted a more modern choice, because I thought it could represent the new era of students and the new school season.On the other side of the 9/11 Memorial, I used darker reds and blues, the colors of the American flag.Then select the appropriate font to enlarge the Numbers 11 in 9/11, because I think the shapes of these two Numbers correspond to the shapes of the World Trade Center. 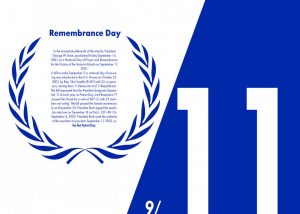 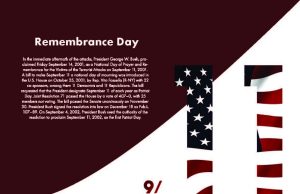 Untiy For Equality is the organization of my current internship. It is a non-profit organization.At present, I only see one employee in charge of the organization.Its location is in flushing queens.The main business of this organization is to provide Educational Guidance, Financial Services, Immigration Guidance, Insurance Guidance, Legal Services. Our organization was founded in 2016, and we intend to hold the first annual celebration this year.I was not assigned to any department, and all my work was posted to me by my supervisor.

By the third week, I had gradually got used to this internship and this mode of working from home. Maybe considering the cost of the office, my supervisor asked me to work at home, communicate via email and then make a weekly meeting to report my work.This week, he gave me a new task: designing posters.The theme I got was Coat Drive. Since we had done the poster on this theme once a year in our institution, my job was to redesign the style, but the content didn’t change much.The theme color of our organization was dark yellow. I felt that this color could also give others a warm feeling, so I chose the color of our Logo.And I designed around the theme of warmth. At last, I expressed this theme with a picture of hand in glove doing heart action in winter. 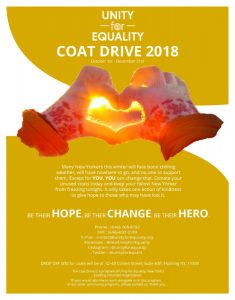