Holly Carley received a B.S. and M.S. in Mathematics from University of Central Florida, and a Ph.D. in Mathematics from the University of Virginia. She was then a a Research Associate and a Hill Assistant Professor at Rutgers University (New Brunswick, NJ). She has been teaching at New York City College of Technology since 2007 where she is currently an Associate Professor. During this at New York City College of Technology she has mentored several undergraduate students. Her research interests lie in the areas of Analysis, Probability and Statistics, Mathematical Physics, and Mathematics Education. In her spare time she enjoys painting and practicing calligraphy.

Dr. Suman Ganguli has taught as an adjunct faculty member in the Mathematics Department at City Tech for the past four years. He is also an Associate Faculty member of the Brooklyn Institute for Social Research, where he develops and teaches courses at the intersection of mathematics and philosophy. He received a B.S. in mathematics from the University of Chicago, where he also fulfilled the requirements for a B.A. in the History and Philosophy of Science. He subsequently earned a master’s degree in computer science and a Ph.D. in mathematics from Cornell University, and a master’s degree in Financial Engineering from the University of California Berkeley. Before returning to academia and teaching, he worked in the private sector in the fields of quantitative finance and data science.

Olga Ghosh is an Adjunct Lecturer of Mathematics Department at CityTech since 2012 and BMCC since 2015, and a participant of the Opening Gateways Seminar 2016-2017.  She received bachelor and master degree in electro-mechanical engineering from a Technical University in Russia and master degree in math education from Hunter College in NYC.  Olga Ghosh has been instructing mathematics courses from remedial through differential equations.  She has been teaching and tutoring since 2008 at both private and public sectors of secondary and higher education in NYC 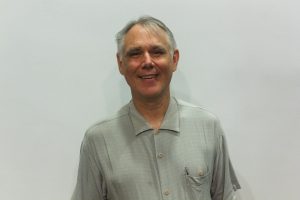 Dr. Ezra Halleck has been an Assistant Professor of Mathematics at City Tech since 2002. All in mathematics, he received a B.A. from the University of Wisconsin-Madison and both his master’s and doctoral degrees from the University of California, San Diego. Since 1985, Dr. Halleck has been teaching mathematics, statistics and computer science from the middle school to the advanced undergraduate levels. He served as program coordinator for the Verizon Next Step Program for 5 years (phased out in June 2016). As an educator, he has a keen interest in the statistics/probability areas and in all matters relating to assessment. As a researcher, he actively participates in all areas of discrete mathematics, but has particular background and interest in algebraic, enumerative and geometric combinatorics. 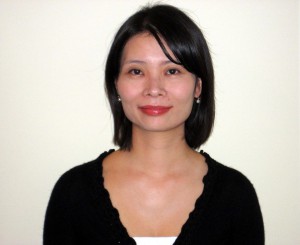 Ariane Masuda received a B.Sc. in mathematics from Universidade Federal do Parana and an M.Sc. in mathematics from Universidade Federal Fluminense, both in Brazil. She received her Ph.D. in mathematics from Carleton University in Canada. She was an NSERC (Natural Sciences and Engineering Research Council of Canada) postdoctoral fellow at the University of Ottawa. In 2012 she joined the Department of Mathematics at New York City College of Technology, where she is currently an Assistant Professor. She has been teaching since 2000. During this time she has mentored several undergraduate students. Her research interests lie in the areas of Number Theory and Discrete Mathematics. 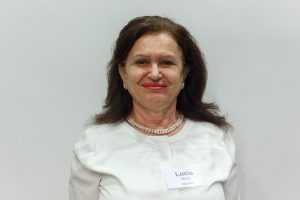 Lucie Mingla is an Adjunct Professor of Mathematics at City Tech and ASA College. She received her BS in Mathematics at University of Tirana in Albania since 1984. She has been serving as teacher of mathematics, Assistant Principal and Citywide Professional Development Leader conducting the workshops and qualifications in curriculum matters, effective strategies of teaching, assessing students and analyzing data. Once she came to NY in 2005 she continued her higher education at Globe Institute of Technology for Computer and English Literacy and on 2011 she received her Master in Science Education (Mathematics) at Mercy College in NY. She has been teaching different levels of secondary grades in mathematics and for the past five years in higher education at City Tech and ASA College teaching various levels from Remedial to Calculus 1. She also has been teaching in different programs provided from Research Foundation (CUNY) such as Bridge the Gap and College Focus. She is passionate in creating curriculum, attending conferences, webinars and workshops related to new active strategies and technology. 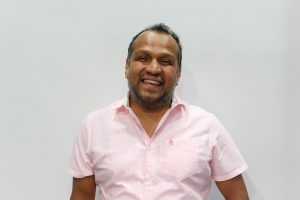 Pedro Luis Mujica is currently an Adjunct Professor of Mathematics  at the New York City College of Technology and Bronx C College, CUNY and Farmingdale State College, SUNY. Pedro Luis received a B.A. in mathematics with a minor in Computer Science from Lehman College as well as  his master’s . Mujica has experience teaching mathematics and mentoring students at all levels, he started as a tutor at Hostos Community College, CUNY, where he received his AA degree.. He has been teaching and tutoring since 1993. He has worked with students with physical and mental limitation. He loves to work with  student with learning impediment and community students and his passion for numbers is sensational. Currently, Mujica is involved in workshops and seminars related to “Learning Technology in the  Classroom” at City Tech. 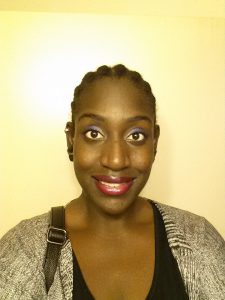 As a proud alumnus of City Tech (Class of 2010), Professor Lori Younge has been an adjunct faculty member since 2012. During her undergraduate years she has served as a mathematics tutor, a mathematics peer leader for the Peer Led Team Learning (PLTL) initiative, President of City Tech Women in Science, Technology, Engineering and Mathematics (CTW-STEM), and has conducted undergraduate research in the areas of Mathematics Education and Remote Sensing and Ground Based Satellite Imaging. Professor Younge is also a mathematics tutor for Groundwork for Success (GWS) of a Good Shepherd Services, a nonprofit organization. Her experience as an undergraduate at City Tech has helped shape her perspective on teaching and encouraging students, especially those who have struggled with mathematics.