Summary:
The story describe a 10 year old boy in the orphanage that was curious of Elvis Presley of how all the girls were attracted to Elvis due to his wavy hair. Upon half an hour, the matron from the orphanage called all the boys to visit Florida for new shoes and a haircut. He gets an idea to get Elvis hair cut which attracted most of the girls, so he can be like him where he can become popular and attractive someday. Upon the visit at the big barber shop, the boy asked a man, which was a barber to ask for a hairstyle like Elvis. However, the matron asked the barber which shook his head, telling her no. The matron then ask another men about the barber cutting the hairstyle, where the boy realize that the barber was not allowed to provide Elvis Hair Cuts. Afterward, the matron and the barber yelled at each other and walked separately. The barber then walked outside, smoking a cigarette while the boy followed and stood beside him and asked about Elvis Presley.

Change for Interpretation:
My change for the story is the style of the characters where it involves all human-like people into skelations that are alive and take part of the story which remains the same. The place has been mentioned in the story which is in the barber place, but the time is not mentioned. The change will also involves a gloomy night.

Clear Targeted Demographic:
This short story can be a teen-friendly story with the project idea of drawing cartoons of both the skelation and the setting of the barber place.

Description of Characters and Setting of the project:
The character involves the main character of a boy in a orphanage, and a barber and matron.

One of my social problem I had seen often is racism. Even while there are still freedom for all people, there are still some the say words that are still racist to certain people which cause an outrage. This is especially in our present era with technology growing around the world and people on their phones through social media. Cyber Racism has been growing recently compared to the real world as people in social media can control their text and they may not know entirely the person much when chatting in social media. Cyber Racism needs to be controlled and stopped so the social media network can connect friendly to all people and be equal. One of the example involves the article of Dolce and Gabbana where the co-founder Gabbana account in Instagram said racist feedback and comments, including certain celebrities.

Press here for the link! about Dolce & Gabbana 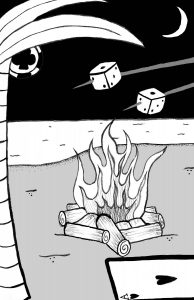 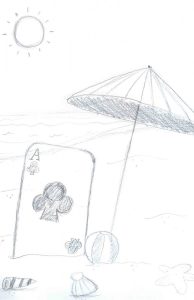 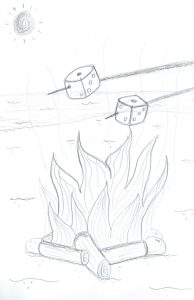 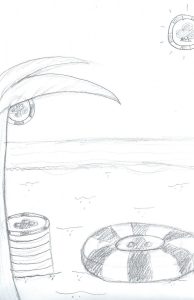 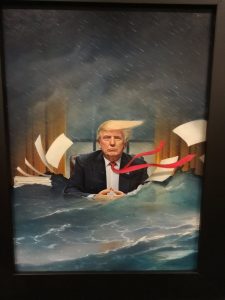 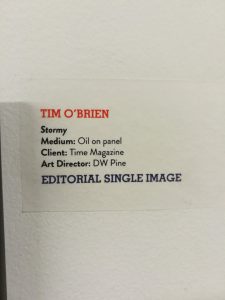 Tim O’Brien (The illustrator that made this painting) is an Illustrator and portrait painter. He has an inspiration of pop culture where he infuses into artistic visions that simultaneously reveals strangeness and familiarity. Most of his work is cliented to TIME Magazine, including the painting above. Other clients include from Der Spiegel, TV Guide, New York Magazine, The New York Times, Newsweek, Business Week, and many others. He also designed United States Postage Stamps and won multiple awards in the Society of Illustrators in New York City which he is the president of many illustrators.

In the painting about Trump, the illustrator, Brien created the sense of realism of Trump in the president room while mixing mother nature such as the rain and the floods, creating a cold story of the painting. President Trump has a variety of some colors which shows the Hierarchy that the audience looks at this first and then the flood with the gradients of water, making it realistic as an ocean. The setting is in a rainstorm with dark clouds raining in a 45-degree angle, interpreting that the wind is blowing east, which affects Trump’s Tie, his hair, and papers. The combined sense of realism and the destruction of mother nature affecting realism creates a gloomy story of Trump producing the disaster of the world.