The issue I want to address is the deal with Net Neutrality. Net neutrality was a law about preventing Internet Service Providers from forcing people to deal with high prices and allow competition for better performance around the U.S. I.S.P.s are also allowed to create absurdly priced service packages without Net Neutrality, and allow special treatment for those who pay higher. Net Neutrality has been repealed by the Federal Communications Comission, and it’s important for people to be encouraged to support stronger laws about fair treatment of customers through usage of web based services. 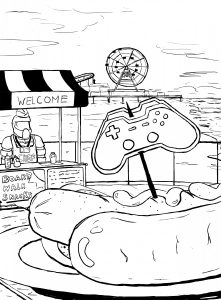 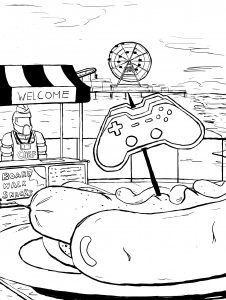 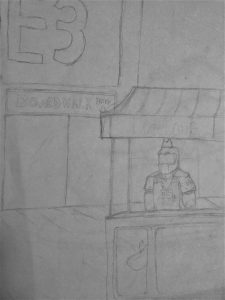 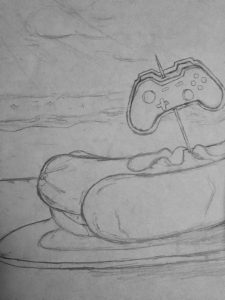 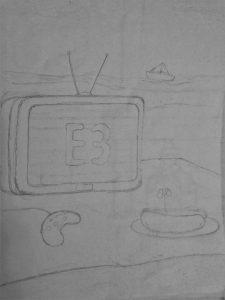 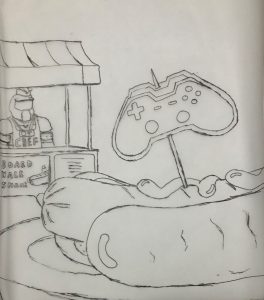 I’m currently not able to upload images here so I uploaded to my own openlab and did the explanations there. 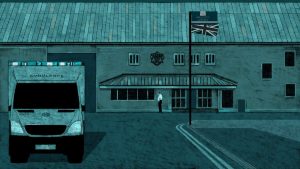 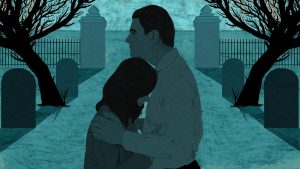 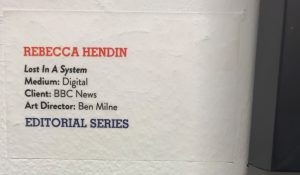 These works by Rebecca Hendin were done for an editorial series under BBC. “Lost In A System’ is about a drug crisis in UK prisons, and how a son of two parents were startled in post cannabis personalities and growing mental health issues. It’s a grim story and the artist of the editorial, Rebecca Hendin, reflects the concepts using the appropriate color schemes and texture.

The monotone color of teal gives just enough personality to imitate specific shadow colors. The usage of color aside from grayscale is what gives a bit more life to the artwork. Grayscale in itself is an uninteresting, and newspaper like colortone. To at least set a hue gives it more ways to take it than just a sad story. Even while there is a teal tone, it’s not impossible to distinguish what colors are what. The Union Jack flag can still be seen to have a red tone, even under a sea of its counterpart color.

Material wise, the granularity and scratches combined cover the flat surfaces of color, giving texture to the work. Line strokes are varied or non existent to determine distance of the object, which gives varied indication of what shade the object is.

Overall, these pieces are accompanied by grittiness and grain by the stroke, but it works to express the tonality of the work, as well as make good non-simplified detail which is very fit for an online posting. The colortone is right for the expression of the story too. 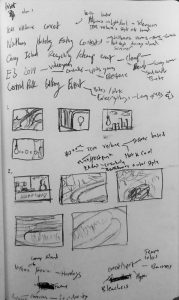 First I began with an Electric guitar design with line strokes. Later I tried working with a lightbulb, since I was reminded of one of his album covers Light And Cool, which featured such. It was also beneficial since it was a symbolism for “Idea”, and Verlaine was a breakthrough artist in post-punk and unique guitar sounds.

Nathan’s Famous Hotdogs hosts a hotdog eating contest at times around Coney Island in the summer. I was more literal with the idea of a hotdog, but also something that associates with fame and paparazzi, one of which features a hotdog on a bun. The first and second sketches features spotlights, with the second sketch featuring a close up of the frank. The third is where it’s bitten off alone on a table with the shot of sunrays. The rest were close ups. 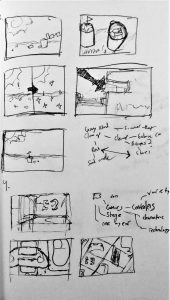 This is a fictional event that’s based on helping clean up any trash or litter left on anywhere in Coney Island. Some elements count the beach, and so what was left in was a bucket to collect litter in. This can be found in the first, second, and fifth thumbnail. That associates with sand castles and the beach, but was also good for referencing garbage collection. A transitional style of dirty to clean was also in plan, on the third thumbnail. I also thought what the idea would look like focusing with a garbage can in the boardwalk area, in the fourth sketch.

E3 2019 being a modern video game press conference is highly digital and extremely favors many sorts of mediums and entertainment industries. One idea was a stage, with reflective surfaces with “E3” on a projection. The next three concepts fiddled with technology, and featured game controllers, mice, in array’d formats. The last one applied everything onto a monitor, accompanied with text. 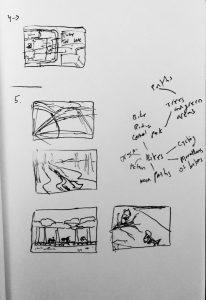 This is fictional event I thought up when imagining what kind of things would be in a Central Park biking event. Bikes were a main part of the concepts, including a close up, distanced silhouettes, and an overhead above branches and a squirrel. All of which were placed in an environment that can be found in Central Park. An interesting concept was bike wheel trails, which is seen in the second image.