Will be happening as this is graded, likely

🙂 I hope you had a fun time looking through my project and following my process of making this unique piece of hardware.

Spent time in the shop wiring up the plate, drilling holes in the plate and installing everything, testing every connection as it was assembled. – saturday

Friday was spent cutting the hole in the box by using a template hollow square and then routing the hole for the plate using that as a guide. Making sure that the hole was cut to the right size and the correct way was important. I could have easily jigsaw’d my way to victory but it wouldn’t have had the ability to mess up over and over. One small slip and I could have ruined the enclosure. The thursday was spent cutting and sizing the plate for the connectors on it. I started with my autocad drawing on a sheet of paper printed 1:1 scale. I cut a large box around it and then with the shear on the ironworker a hydraulic powered piece of machinery that can shear and punch holes in metal. I sheared the piece to the correct dimension, then punched holes using the center punch indentations I made earlier as guides. The whole process of cutting and punching the plate did not take a long time but tooling the machine to the correct hole size and making sure I was lined up and punching the correct spot was what took most of that time. Then I went back to the shop, cleaned up the sharp edges on the plate and painted it so it would not rust, corrode and would look slightly nicer. 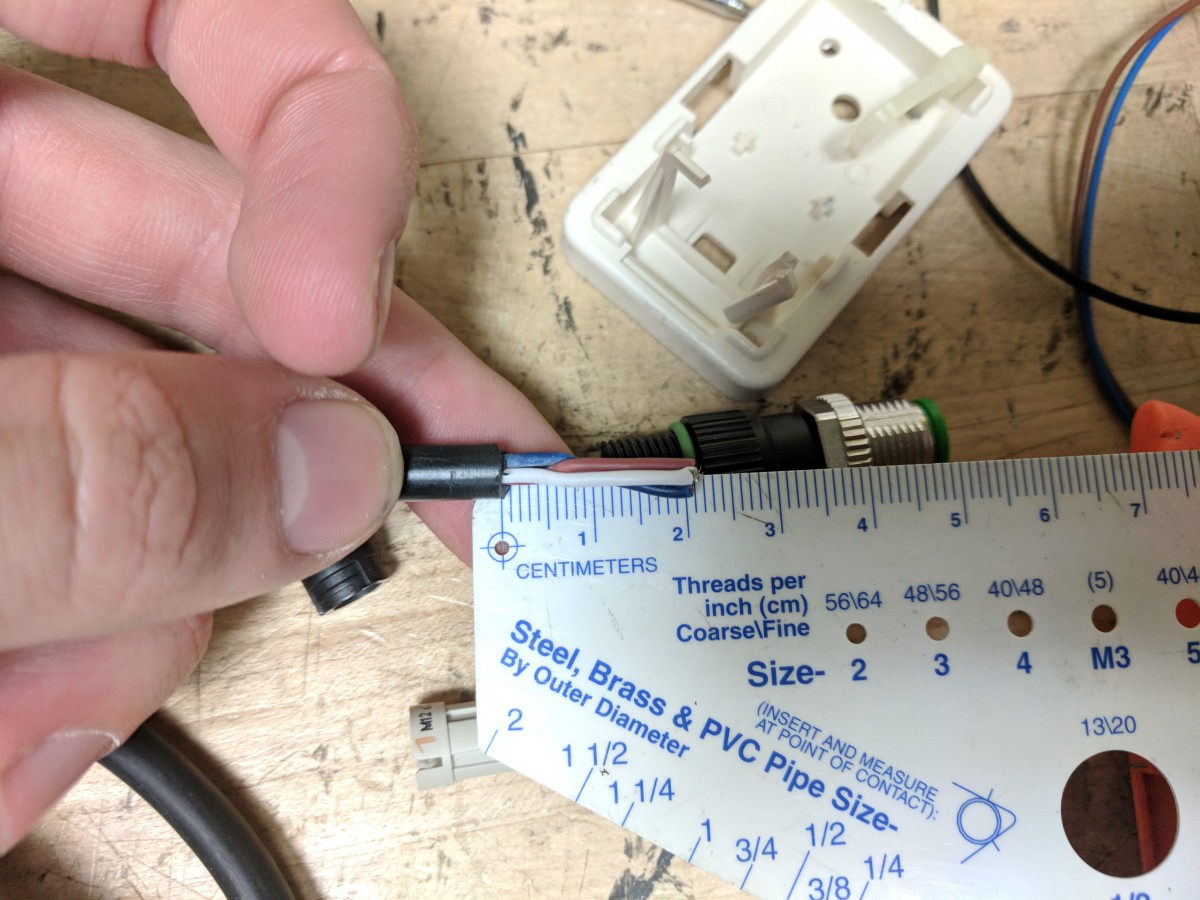 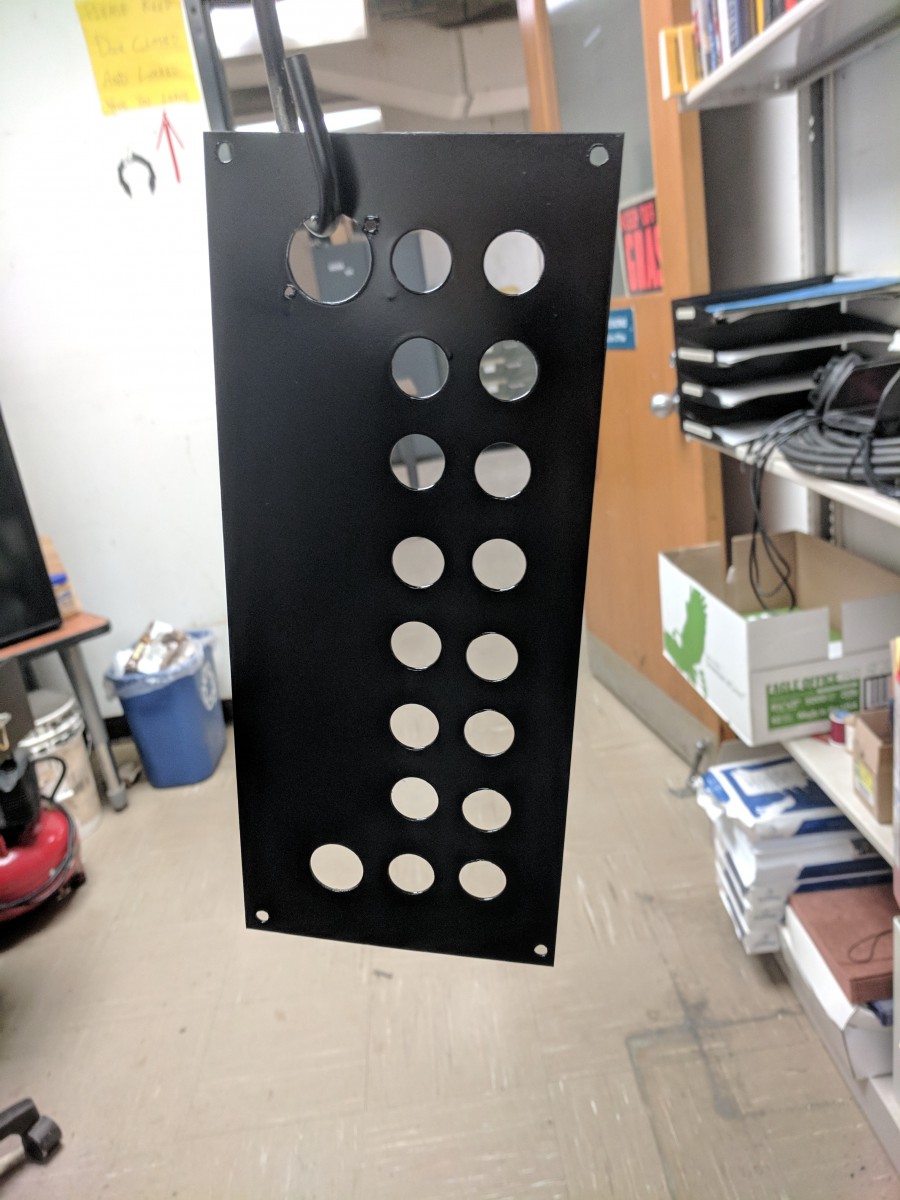 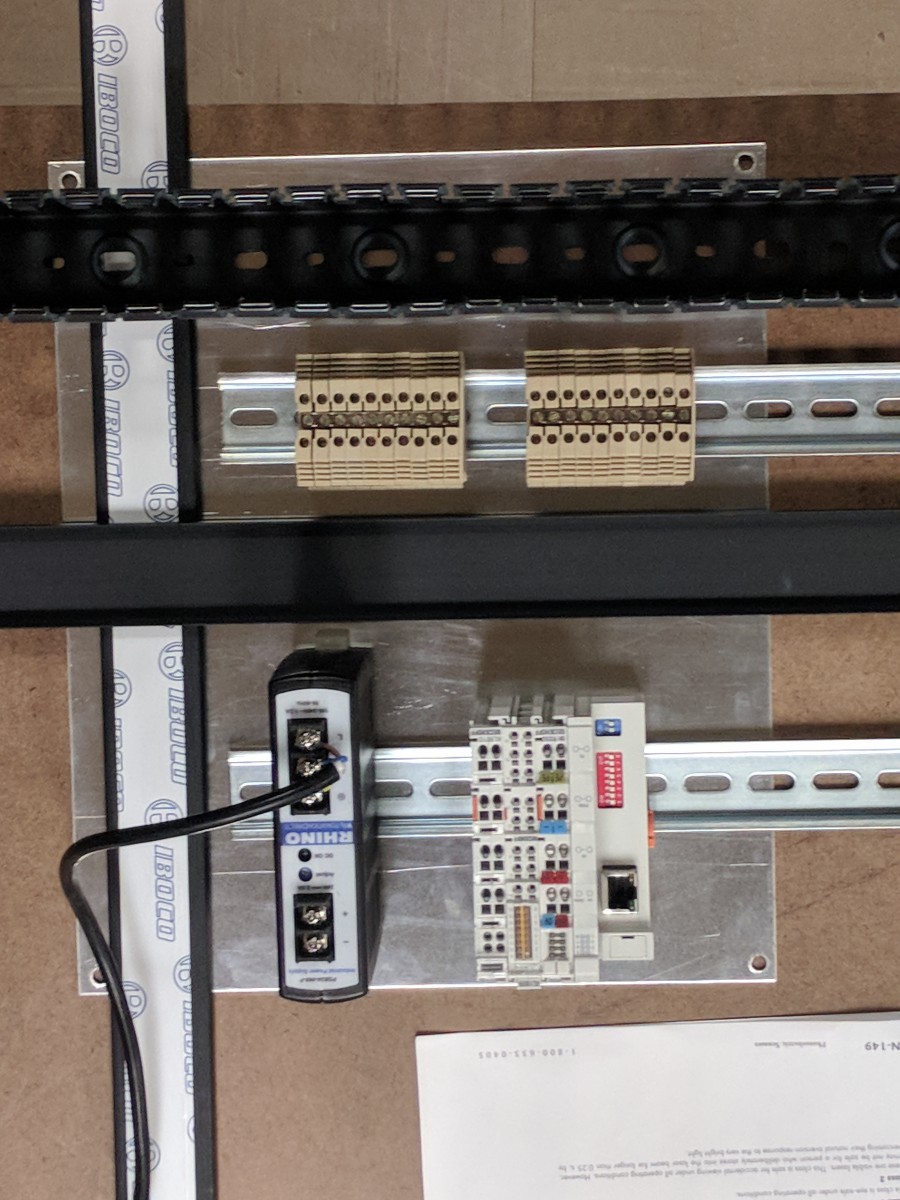 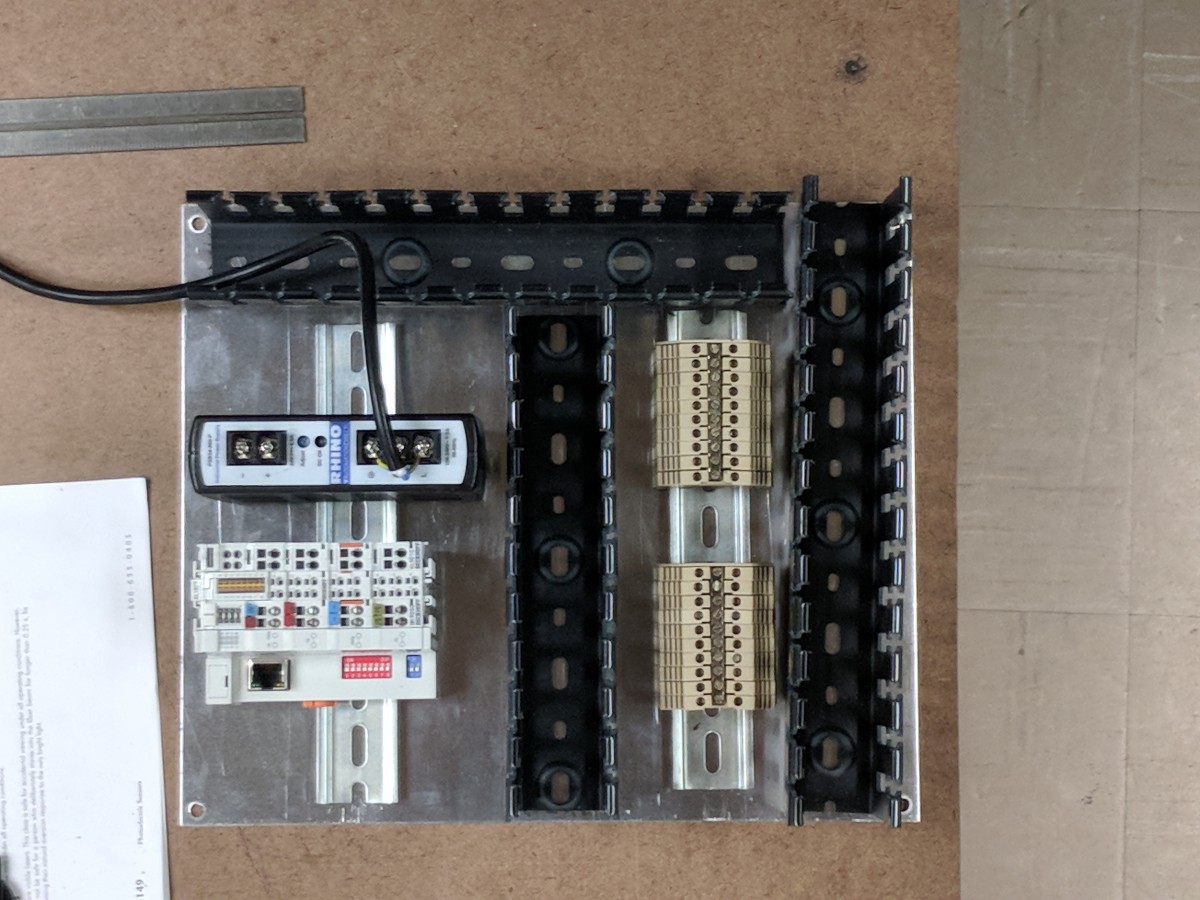 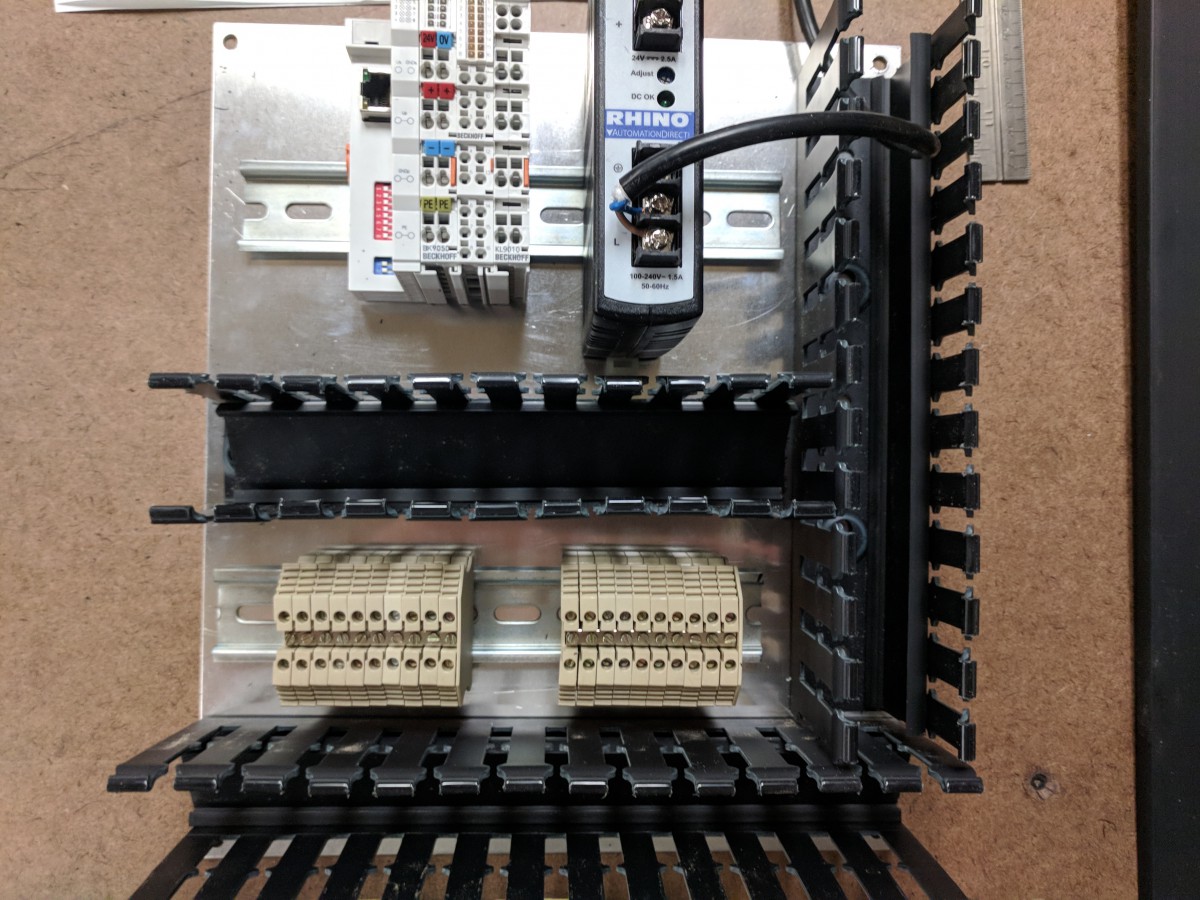 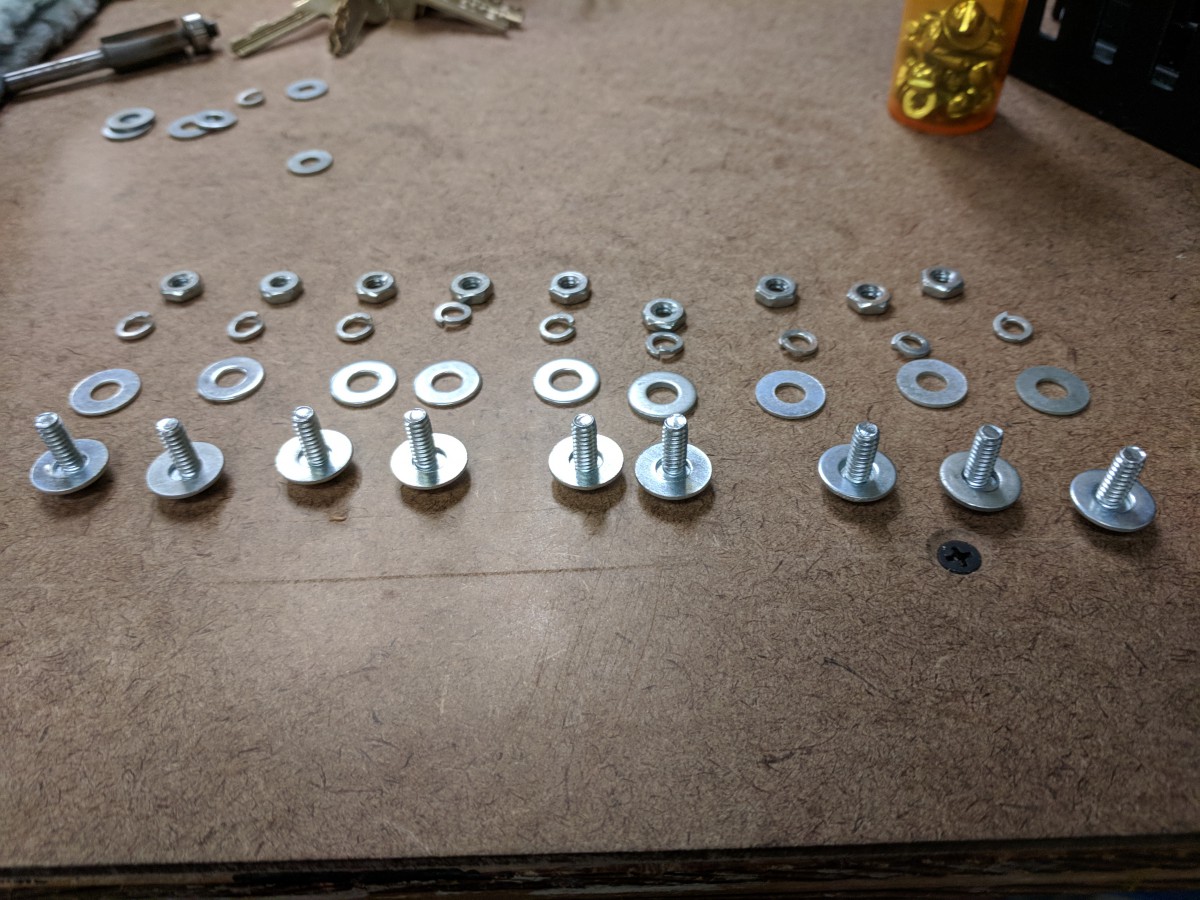 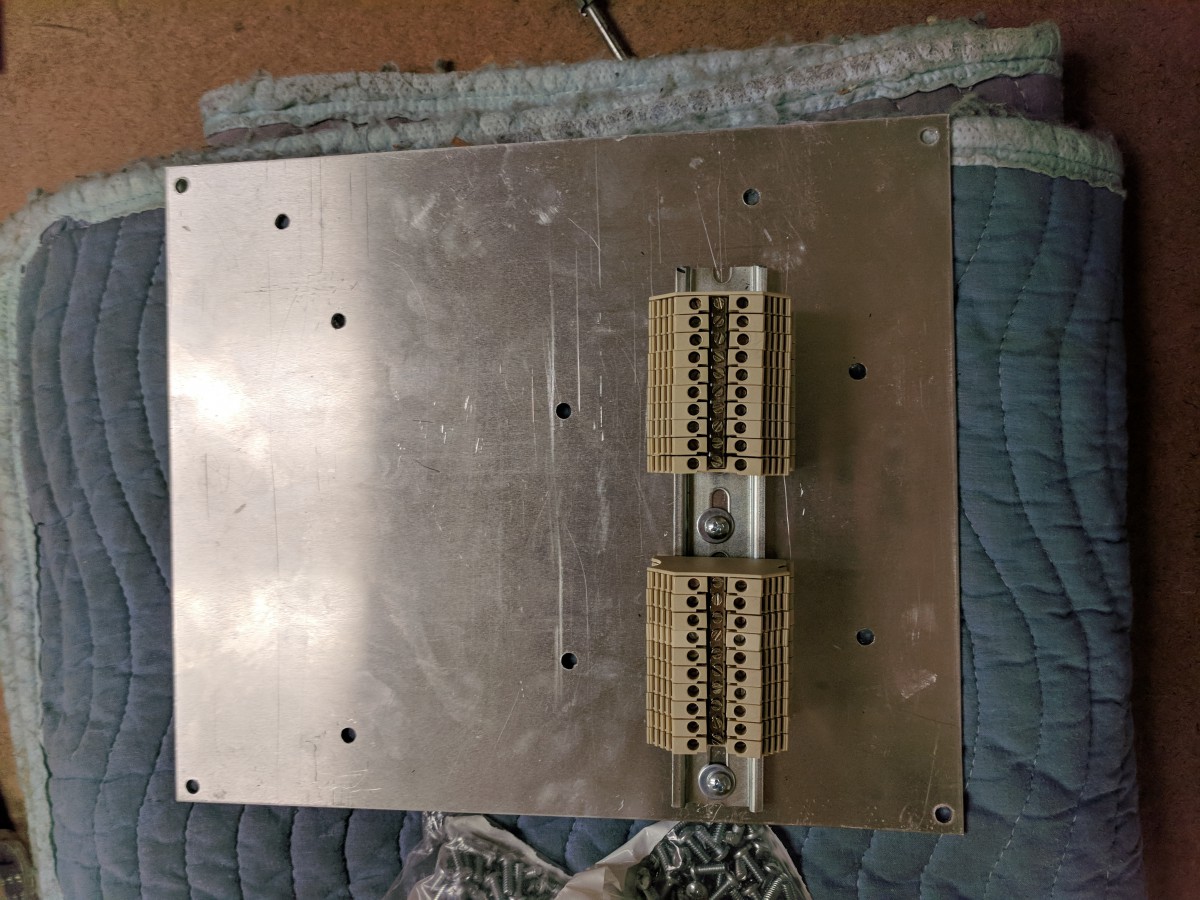 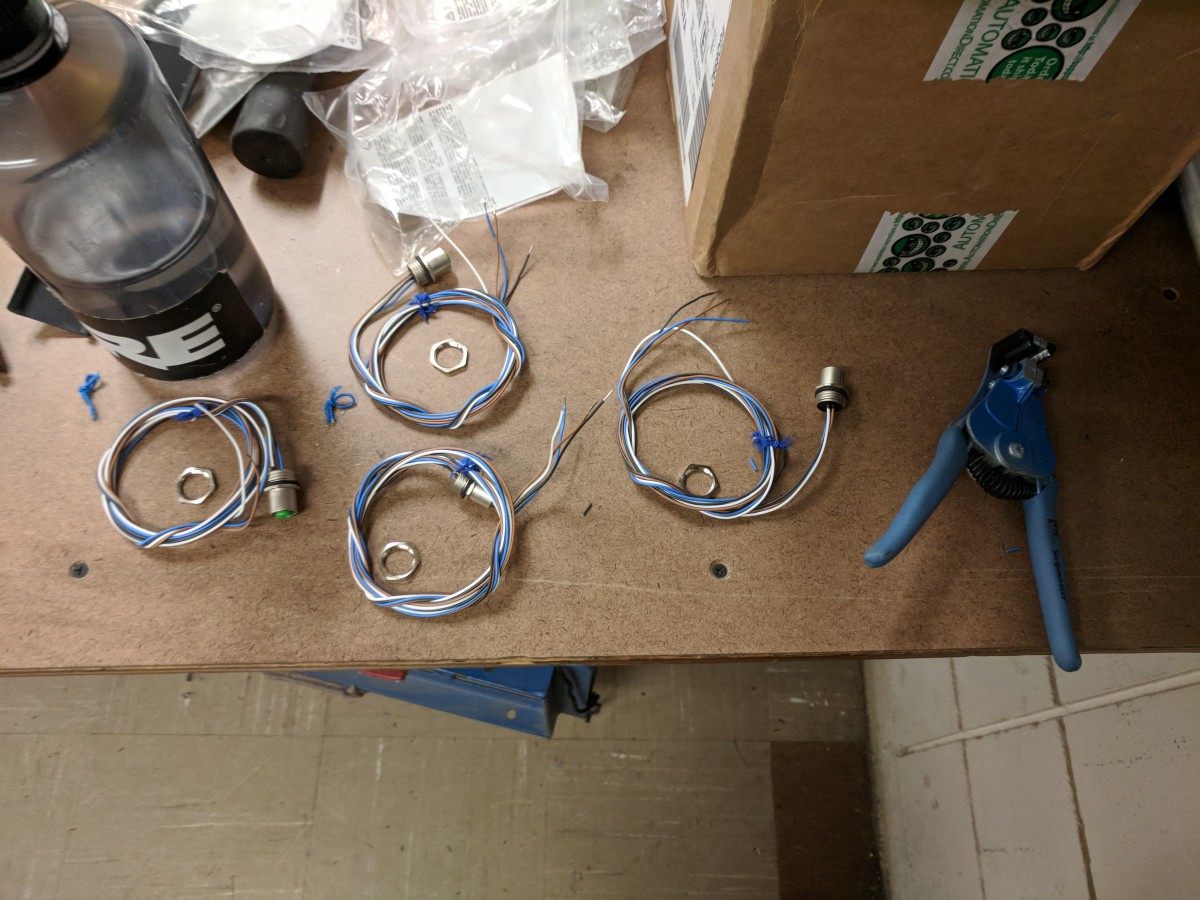 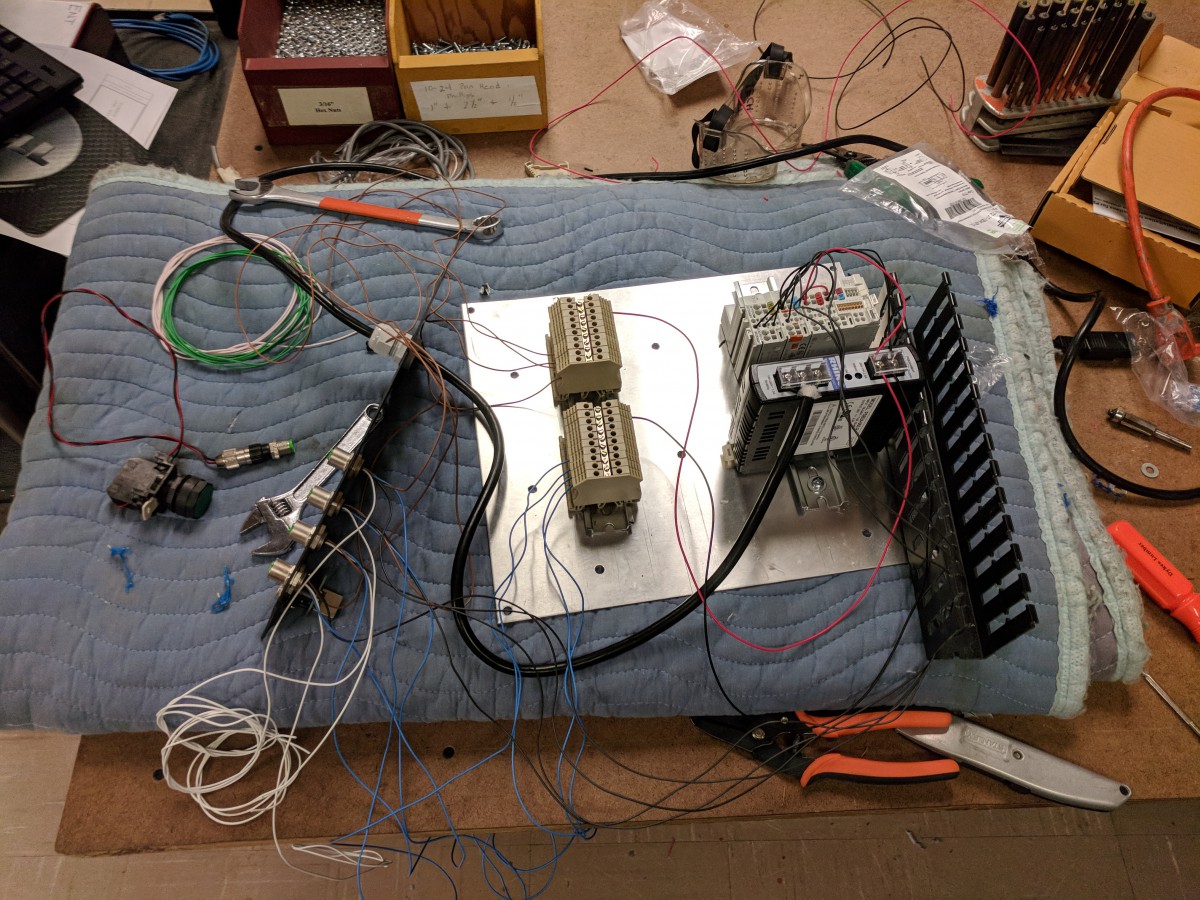 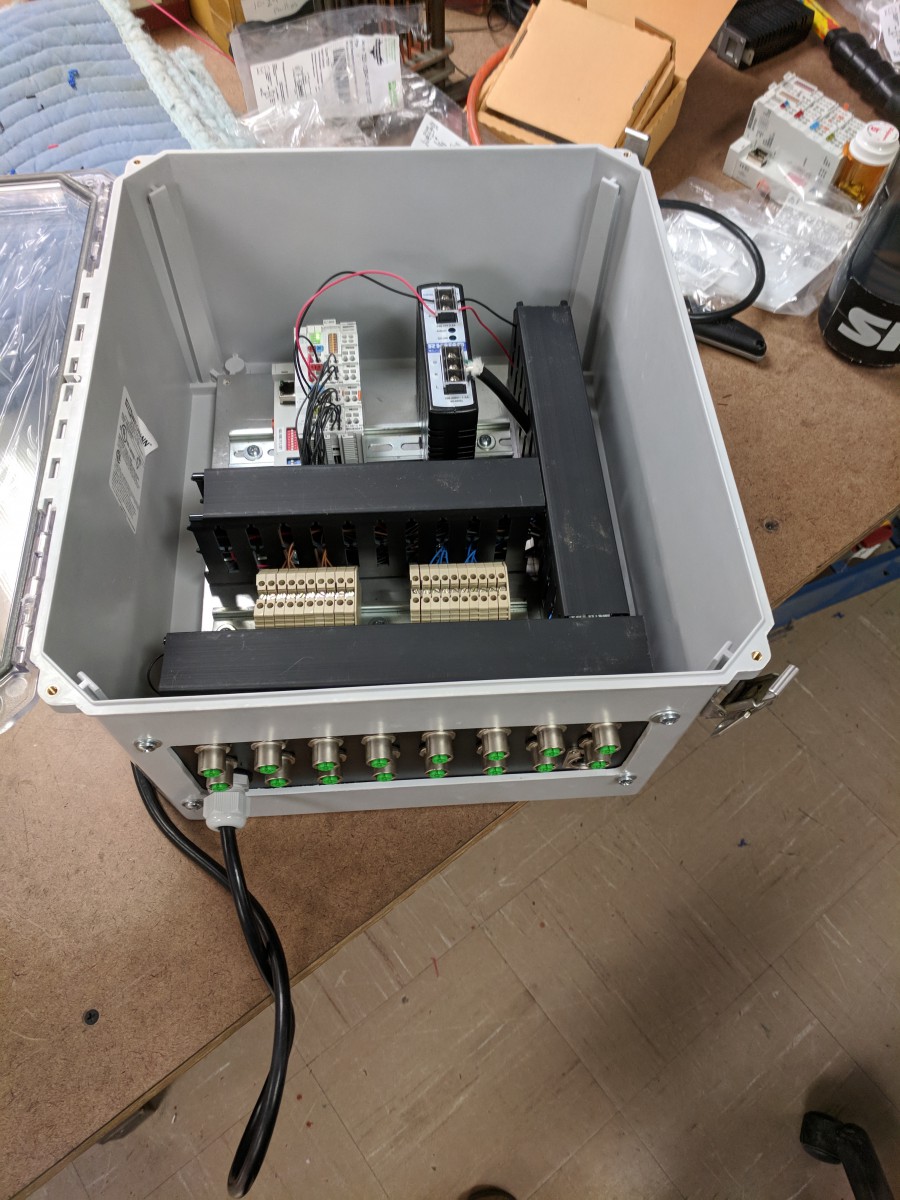 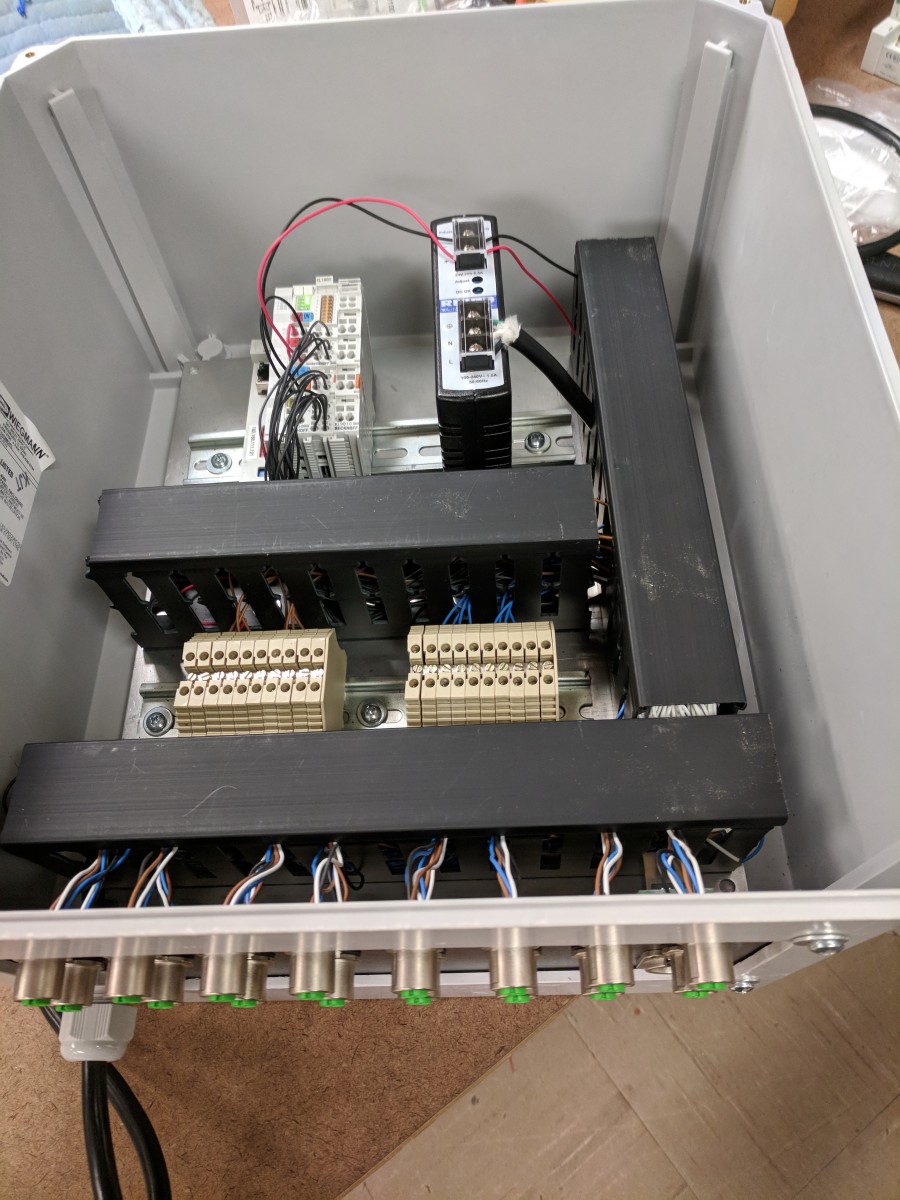 This week was spent making sure that I had a completed accurate schematic, an autocad drawing of the plate because of the intention to get it cut and powder coated at a shop, and making sure that the three different types of sensors that we own and will want to use for the haunted hotel can plug into the bench test of a system and work according to plan. In addition I made a mock up plate to see how the connectors would mount and verify that everything would work as expected. 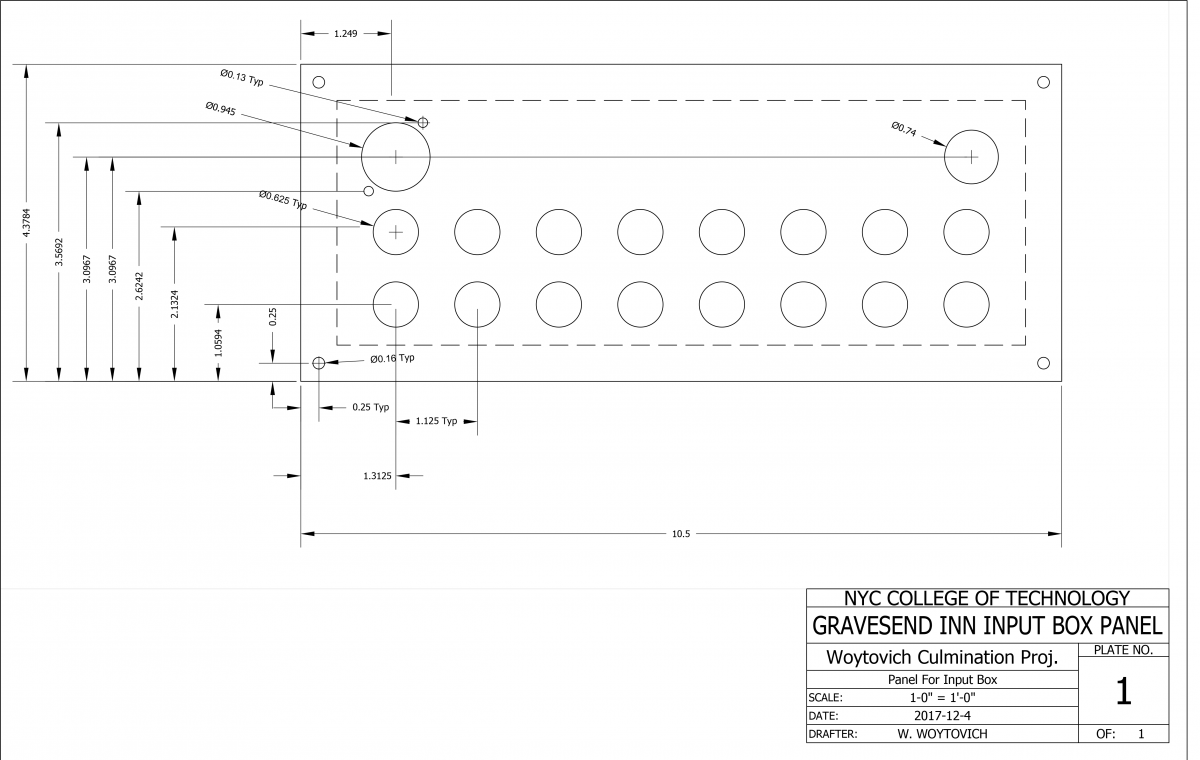 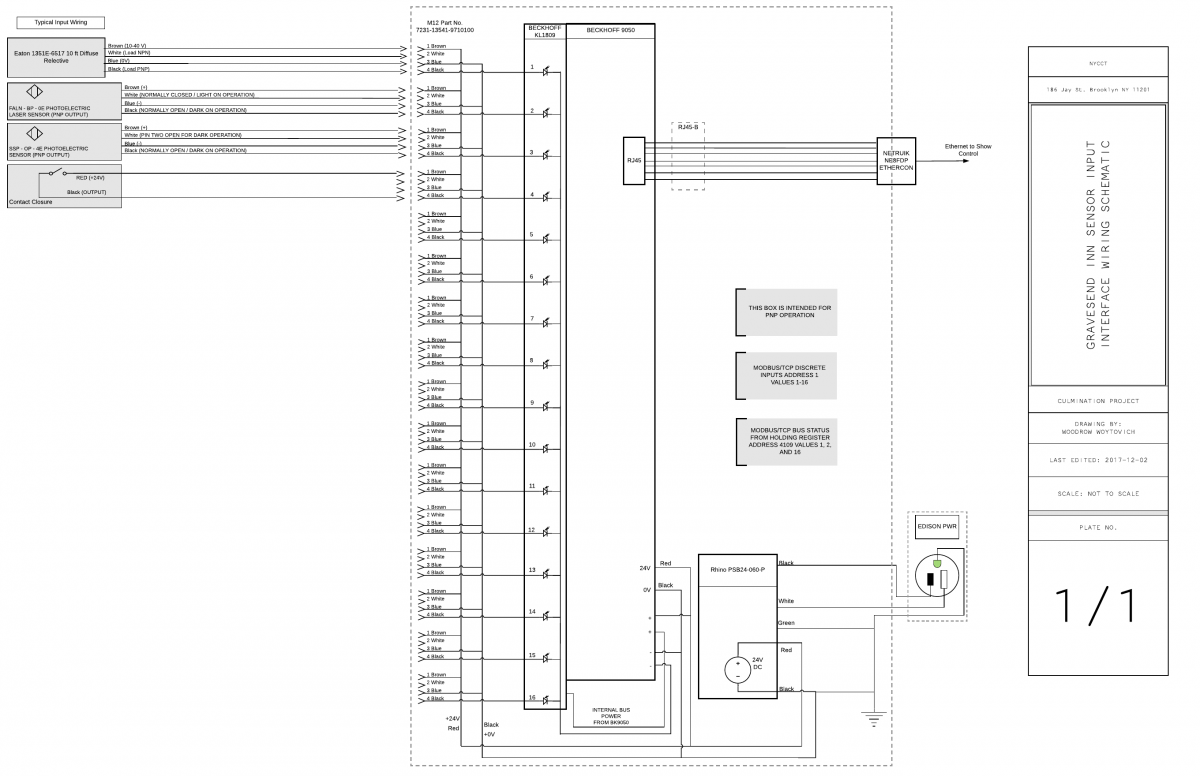 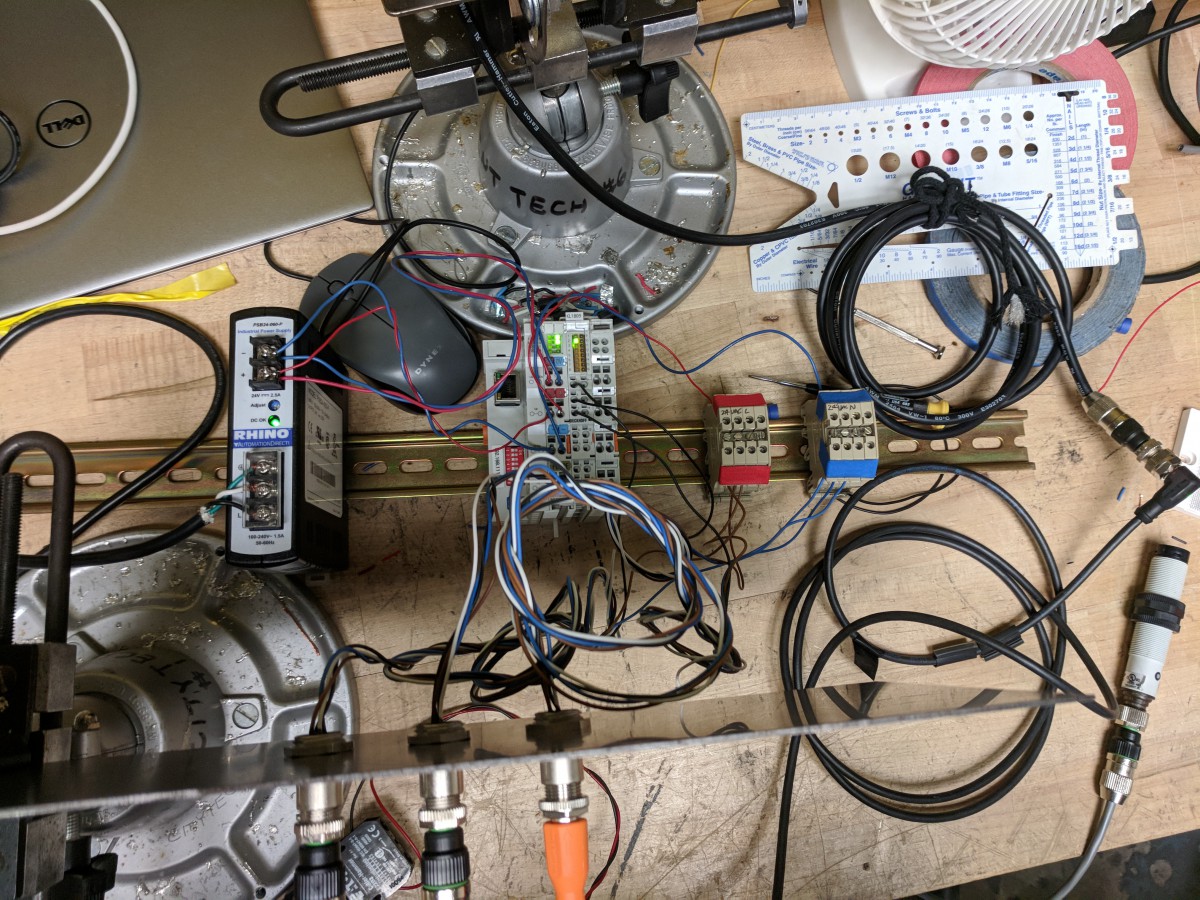 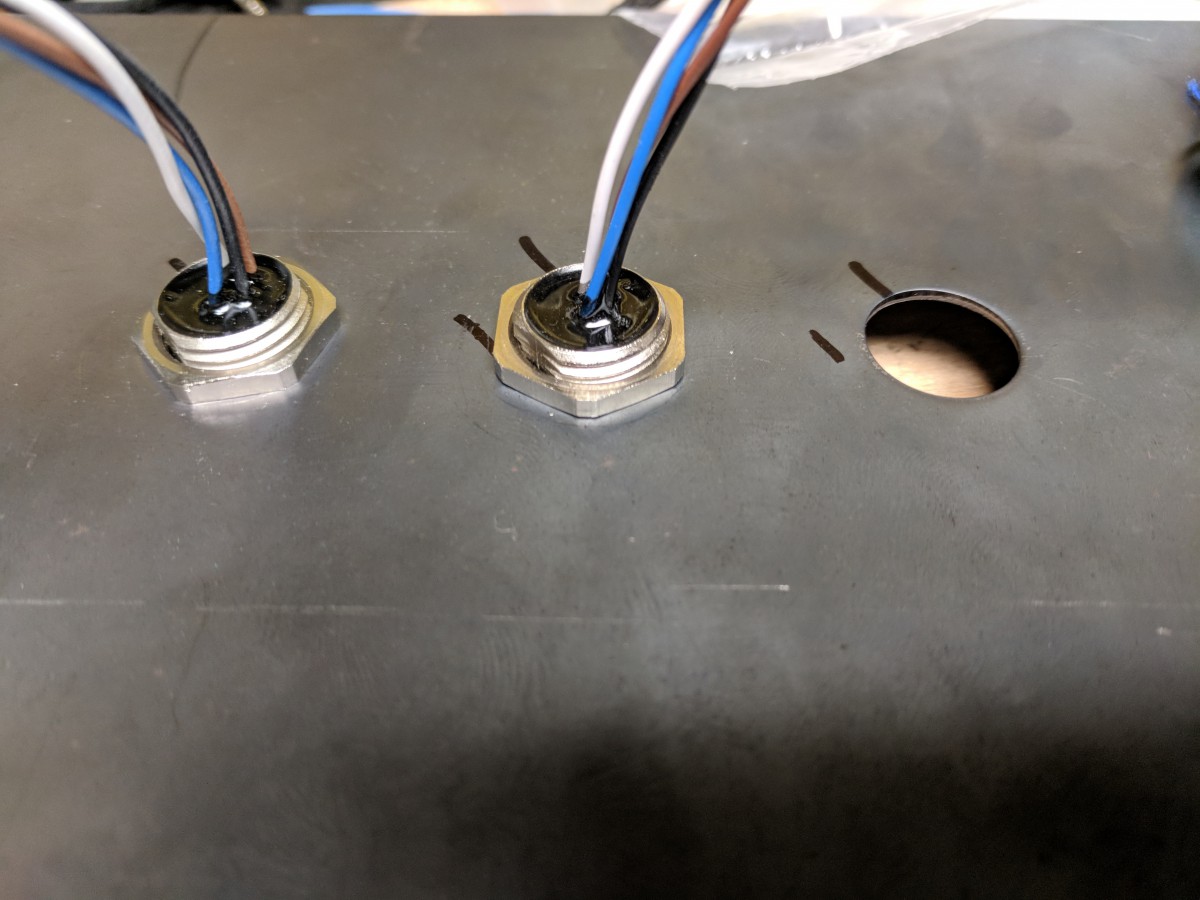 This week I was setting up the system and trying to get more than just a contact closure to work. I ended up fighting with the wrong type of sensor and accidentally coming across a clearly incorrect solution but one that produced the output I wanted. I stopped when I hit a brick wall of not really grasping why what seemed to be simple wiring would not work. It turned out to be NPN vs PNP wiring of a transistor and the sensor using NPN which references voltage from the hot lead, and requires a load between the return/sense lead and the hot lead, which we could not do, because our interface references the cold lead, and is not configurable to be changed. This later understanding made my struggles make more sense because i was trying to use the wrong piece of gear for the application.

This week was spent fighting with npn and pnp sensors, making sure that the inputs to the system were doing what we wanted them to do and metering between different points and just generally coming from a theoretical understanding to a practical understanding of the circuit 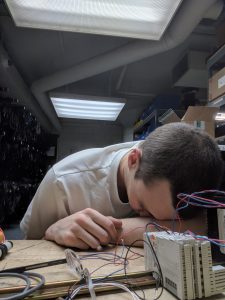 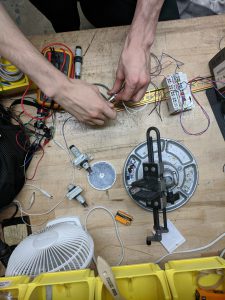 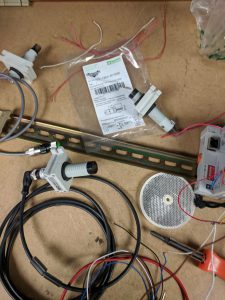 This week parts arrived and I took a quick inventory to verify that the gear that was needed was acquired and I made arrangements to have the computer for the system available to work on. 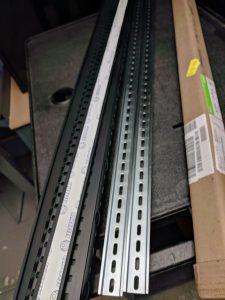 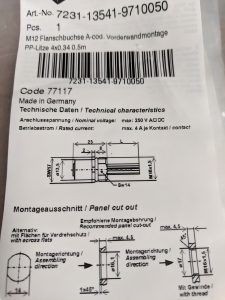 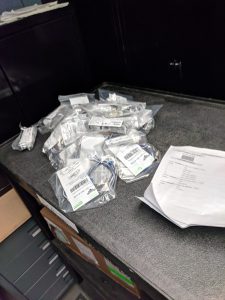 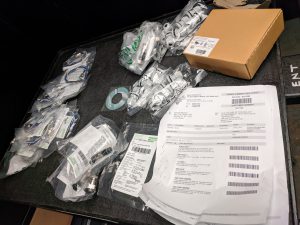 After a few back and forth parts lists being sent to verify that the correct, compatible hardware was being selected the quote went out! Quote that was sent attached. Nothing of major significance was accomplished the following week. Waiting for gear to arrive. Apparently the quote that was sent had the correct address but the quote that was processed and shipped had the wrong address and was sent to a location in East New York. This was thankfully rather quickly noticed and the parts if they can be caught before they have left the hub will be redirected, but that is all in UPS’s hands or Automation Direct’s control. Not getting this gear in a timely fashion will push deadlines or make the scope of this project change.

Some of the relevant documentation created:

This week was spent debating enclosure types and styles. After a very rough layout – photo attached – was created, we finalized the decision on a metal enclosure with dimensions that would hold all the hardware. Then I made a preliminary quote through automation direct and we quickly realized that a metal enclosure with a plexi front panel that would fit all the gear in a way that we wanted was around 300/ box. Then the search for another enclosure to fill its place, and all the related hardware was underway. Related hardware for the enclosure is mounting feet and a base plate to mount the din rail on. 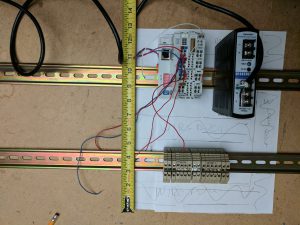 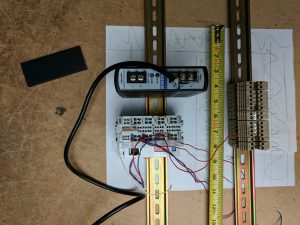 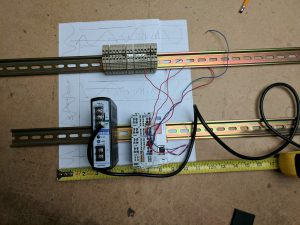 I created a the attached document comparing and contrasting all the different types of interfaces on the market (that apply to our use case) and the different types of connectors. This document was created to make sure we didn’t miss anything and are making an informed decision in the next step, the parts list/ order / quote phase.

M12 connectors in I connected them up and made sure that they were wired correctly. The pinout is 1->1 but we didn’t have cable with the correct color codes on hand so I had to wire with Belden 8444, which while it is really nice cable, is not exactly correct if you are trying to wire the cables up. Heres how it got wired: 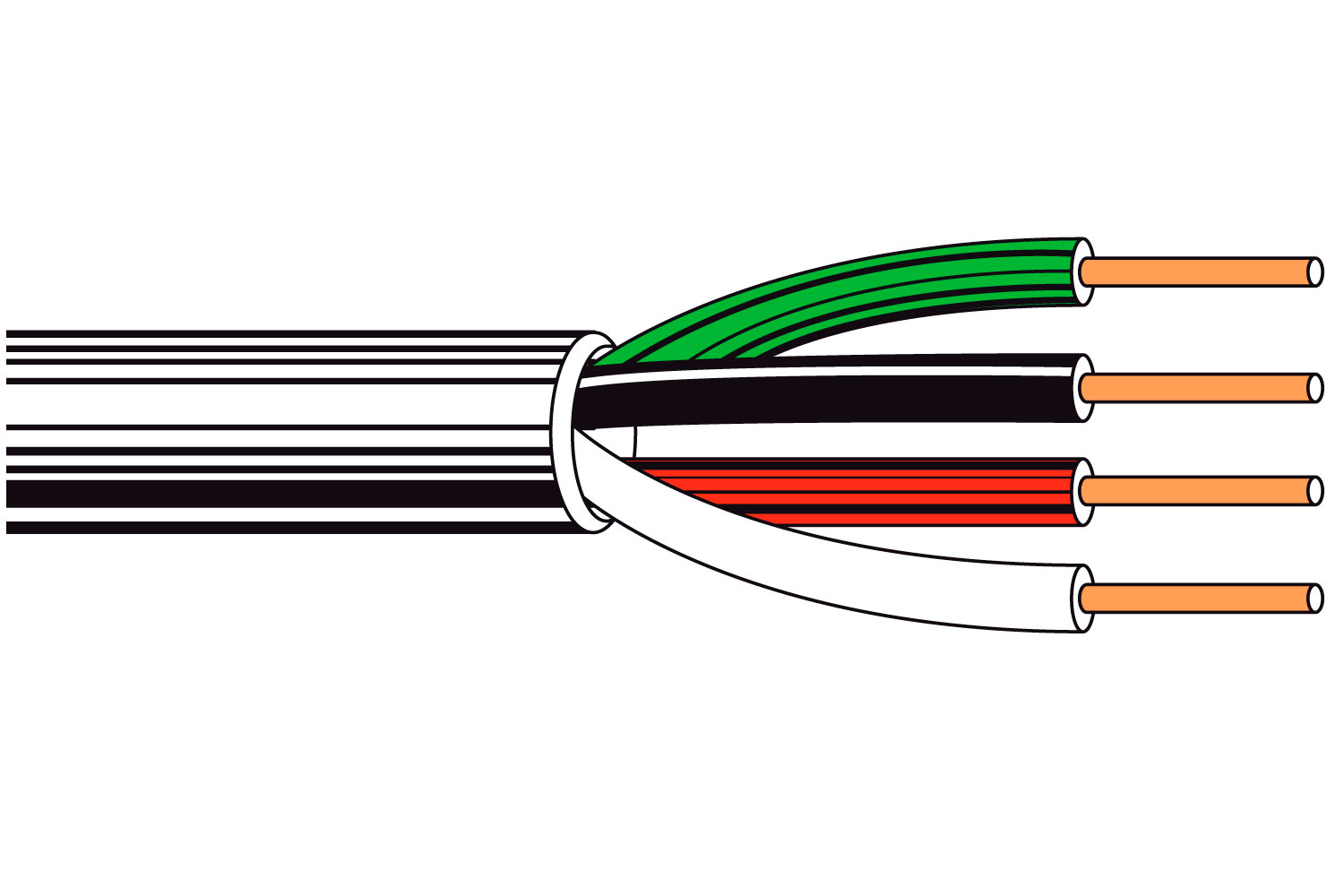 My adviser, John, had purchased some automotive DT-M connectors, an aftermarket waterproof connector that would withstand the vibration and abuse an engine compartment puts on the connector. This connector would work for our use but had the drawbacks of needing to be crimped, and not having a panel mount/ bulkhead connector. This would mean that in addition to each connector being purchased we would have to have a wire gland and then the box that the interface would finally sit in would have 16 short wires with connectors dangling off. Not ideal when there are better solutions. I proposed using the M12 connector that the break beam laser and photoelectric sensors have on them.

Bridging the gap between week 3 and 4 I specified some m12 male, female, and bulkhead with .5 meter pigtails. Then other classes and other work took over and waited for them to arrive 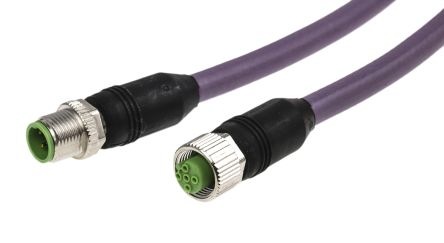