On my visit to the Metropolitan museum I’ve witnessed a lot of great works by some of the best photographers and artists around the world. One of the exhibits that caught my attention was the Faking it exhibits. I thought that this exhibit was great and it definitely shows the evolution of photography and retouching.
The Faking it exhibit consists of before and after pictures have been retouched. The most interesting part about this exhibit was how the photos were retouched. Before we had the technology we have today people did everything by hand. Just like the pictures that were in this exhibit. A photo that has definitely caught my attention was a photo by Jim Shaw. He used created illustrations of ordinary people and turned them into bizarre like creatures by retouching them. It is a Gelatin silver print and the photo was created in 1978. The way the before picture was laid out the theme was definitely interesting. The man in the photograph was symmetrical and was looking directly into the camera. The surrounding of that portrait was like a dark tone. While near his body there is sort of a light glow around him. It was surely an intricate photograph. The positioning, the tone, contrast and darkness of the picture captivated my attention and I think that Shaw wanted to capture the audience’s attention like that.
The exhibit showed a lot of great work by different artists and photographer’s retouching photographs. When I walked into the exhibit the first thing I thought to myself was how different the retouching and photography would be in today’s standards. With the technology we have today it is not a surprise that I would compare how a retouched photograph would be done with the programs we have now, such as Photoshop. The picture that I can describe about would be the retouched photo by Jim Shaw. This is the picture that he turned humans into reptile looking creatures. All of this is done by hand and it was done in 1978. I wondered how much time it took him to finish the retouching. The retouched photo showed exactly why the exhibit was called faking it. The head of the human was cropped off and a reptilian like creatures head was put in as a replacement. Every little detail had to be done by hand and I was amazed how things were done back then.
The whole theme of faking it impressed me the most. How we can take a flawed photo to retouch it and make it into a whole new photo. Retouching photos by hand every single detail was fixed by hand and there were no such things as an undo button so if they messed up they would have to redo the work again. The audience they aim for are designers, artists, photographers etc. In terms of a general audience I believe that different pictures would captivate different people’s attention unless you are an artist, designer etc. This is definitely an exhibit to visit for anyone because it shows how much work designer’s put in to get a piece finished and their work should be admired and appreciated. 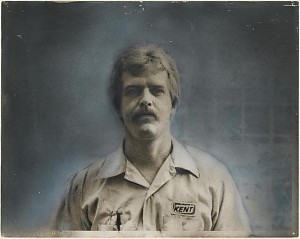 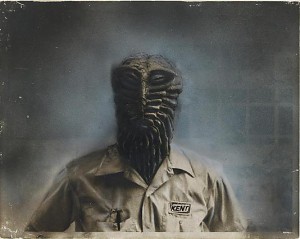 After my visit to the Faking it exhibition I then moved along to the after photoshop exhibition which my attention was captured by this picture. I found this picture really interesting not by it’s natural look but the color of the sky. If there were anything I was to say about this picture in terms of being retouched I would think it’s the sky. I think the overall sky was darkened to fit a storm-like weather but however right above her head you can see the bright light shining upon here which looked amazing. I try to analyze closely and see if there are any other things I may think that were retouched but as of now I can’t see any maybe someone can tell me what I missed. However this photo did not fail to captivate my attention and draw me in to check it out. 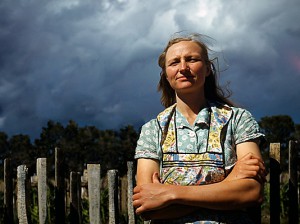 Welcome to my eportfolio site. Here you find information about myself and you can see many of my works.