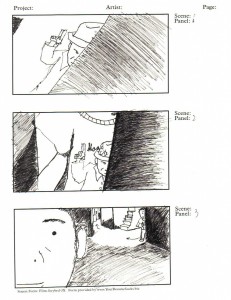 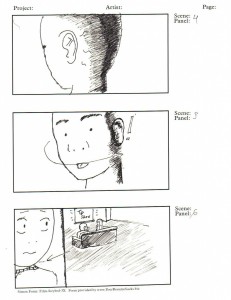 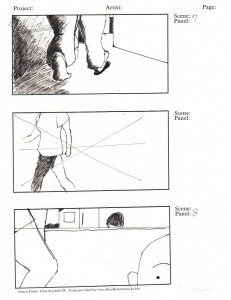 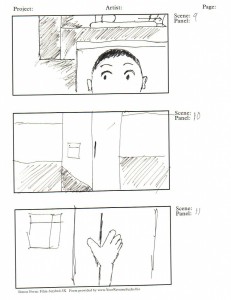 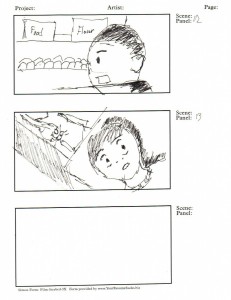 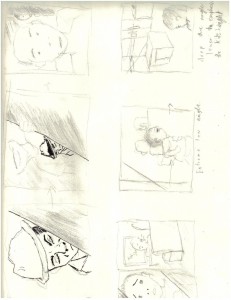 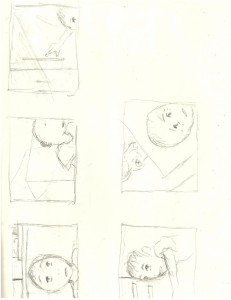 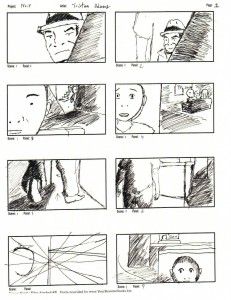 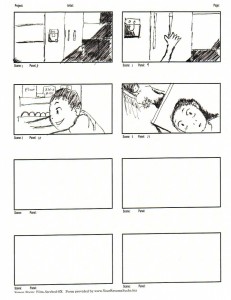 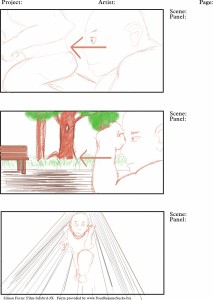 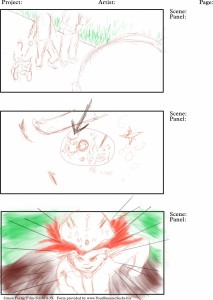 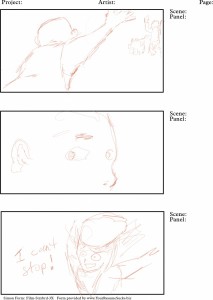 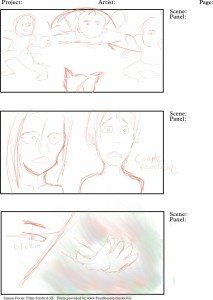 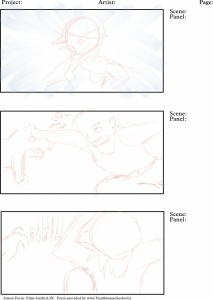 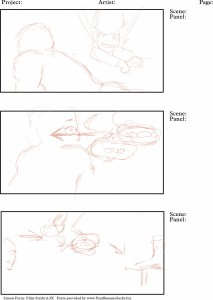 Day in the Park

1 – Medium shot (Profile) into Tracking shot
The landscape of the park is shown at the start of the scene and then tracks to the jogger as he passes into the frame. The jogger is shaved bald and has an athletic build, male.

2 – Tracking shot (OTS)
The jogger runs down the lane and the couple walking their dog comes into sight ahead.
The dog walks just a head of the couple as they look to each other talking.
There is a small glimpse of the approaching roller blader in the far of end of the lane.

3 – Med-Long Shot
The out of control skater burst into the park entrance arms flailing and legs wobbling
She is clad in safety gear and gloves.

4 – Extreme CU
The camera cuts to her face, confusing and panic is apparent and the lack of control is emphasis my her head not being steady within the frame

5 – Tracking Shot (Profile0
The Jogger passes the couple looking down in the direction as it looks back and upward at the jogger happily.

6 – Med-Long Shot (Profile)
The jogger crouches and pets the dog-  the skater can once again be seen speedily approaching afar.

7 – MS
The jogger grasps her helmet and throws her hand as a means to balance herself, she has the jogger in sight, she stumbles forward out of the frame

8 – FS
picks up from panel 6 immediately showing a bench over, but still in motion skater struggling for balance.

9 – CU
Shows the jogger waving to the couple and the dog who are not off camera as he starts jogging again. The skater can be seen approaching in the left of the frame – now dangerously close to the Jogger.
10 – ????
The Jogger nearly at previous pace is alarmed by a shot from behind and turns his head to see the skater in thrashing about from control just a few yards behind.

11 – MS
Jogger stops immediately in his tracks and quickly flatten himself diagonal to the right part of the frame to move out of the approaching skater’s path.

12 – CU
The camera quickly shows the skater’s foot colliding and being stopped by the Jogger’s foot.
It goes over and leans towards the camera to show that the skater has tripped and now airborn

13 –  Med-Long Shot
The skater flips through the air in slow motion, mouth open and blank stare on her face.
The jogger is still in the right of the frame facing the camera, half of his body cropped still in the stances from panel 11 with a look of awe on his face as he watches the skater tumble midair.
A bench can be seen parallel to them both at the bottom left corner of the shot.

14 – Long shot
The Jogger in the same position but fully visible watches as the skater crash lands butt first across the bench.

Female – Late 20’s, 5’3” Slender build, average appearance and sports gear clad.
Not an experience athlete but decided to try and take up more sports as a New Year’s Resolution. 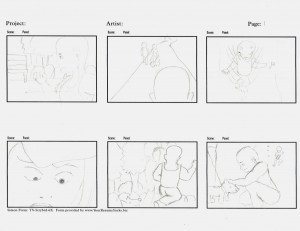 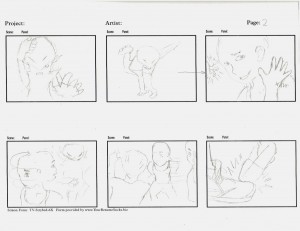 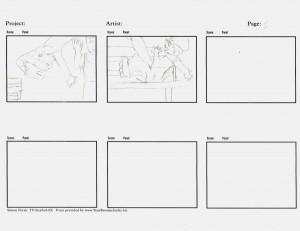 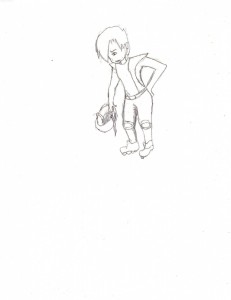