Women’s History Month may be coming to an end, but women will continue to leave their mark. Earlier this month I talked about women in my personal life that inspire me. Then the other day at a meeting at work, the icebreaker question asked was “If you could speak to one famous or well- known woman, past or present, who would it be?”

Then I said, Oh no, girl, think bigger: Michelle Obama!

Oh I got it this time–Angela Davis! 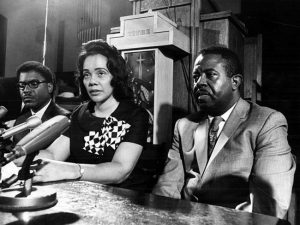 It was so hard, because my God, there are so many fierce women I would love to converse with if I had the opportunity! Ugh!

Well, it was getting closer and closer to my turn so I had to get it together LOL.

All eyes were on me now and I finally made the choice of who I wish I could have had the opportunity to meet. I chose Ms. Sojourner Truth: former slave, anti-slavery activist, and big, bad, and bold feminist!

When I was in middle school and Black History Month rolled around, we would learn about African-American men and women of the past who made a mark in history. One year we were assigned a specific person to do our report on, and I was given Sojourner Truth. 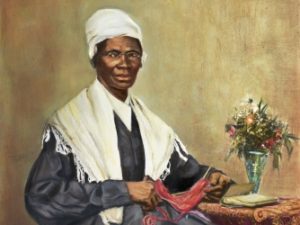 I remember being upset because I wanted someone “more famous” like Martin Luther King, Rosa Parks, or Harriet Tubman, LOL.

After actually doing my research and learning about this phenomenal woman, I learned that this woman who I dreaded doing a report on was a part of the reason I have the rights I have today, like the right to vote and to participate in politics, the right to own property, and more. Often taken for granted, women in the late 19th and early 20th centuries realized that they need political power, such as the right to vote, to bring about change. They saw that this was how to get their voices heard and included, and how to fight for the rights and equality women deserved. Sojourner was a big part of that, and if you don’t know about Sojourner Truth, well, let me tell you.

According to History.com, Sojourner Truth wasn’t born with that name. Her real name was Isabella Baumfree and she was born right here in New York (one of ours, yes!). She was a slave who escaped and went on to become one of the most well-known abolitionist leaders and powerful human rights advocate in the 19th century, alongside other abolitionists including Frederick Douglass. She dedicated her life to speaking out passionately on the subjects of women’s rights, universal suffrage, and prison reform.

EducationUpdate.com explains that in 1827, the New York Anti-Slavery Law of 1827 law was passed. You would think this means Sojourner would be free and all would be well. Well that was not so. Biography.com tells us the story of how her master refused to free her, so she ended up running away. Later on, she became a preacher and that’s when she changed her name to Sojourner Truth. Sojourner means “traveler,” and she did just that–spent her time traveling and delivering lectures that support her position on social issues. She was involved in the anti-slavery movement, and by the 1850s she was involved in the women’s rights movement as well.

As part of one of her lecture tours, at the 1851 Women’s Rights Convention held in Akron, Ohio, Sojourner Truth delivered what is now recognized as one of THE most famous abolitionist and women’s rights speeches in American history. Read the original transcript of her speech that was posted in the Anti-Slavery Bugle newspaper on June 21st, 1851.  My favorite excerpts are:

“I am a woman’s rights. I have as much muscle as any man, and can do as much work as any man. I have plowed and reaped and husked and chopped and mowed, and can any man do more than that? I have heard much about the sexes being equal; I can carry as much as any man, and eat as much too, if I can get it.”
and
“If woman has a pint and man has a quart- why can’t she have her little pint full?You need not be afraid to give us our rights for fear we will take too much- for we can’t take much more than our pint can hold.”

Such bold statements by Sojourner highlight her unapologetic plea for gender equality. She challenged racial and gender inferiority and inequality by reminding the audience of her combined strength and female status. Read the speech; it’ll give you chills. Just amazing.

She closes the speech with:

“But man is in a tight place, the poor slave is on him, woman is coming on him, and he is surely between a hawk and a buzzard.”

I mean, can you imagine being in that room watching her speak to this crowd so strongly?? I want you to remember that this is the 1850’s, with slavery only recently abolished, and women being seen as inferior beings and “property,” yet here she is, standing up to it all!

This speech, although it’s what she’s most remembered for, wasn’t the only fierce thing Sojourner did. She was a BOSS in the courtroom, winning almost every case she took to court. I read about three iconic cases that she won on NotableBiographies.com and SojournerTruth.org. You can read about them by clicking on the site links. First, after she escaped and sought freedom, she sued for the return of her five-year-old-son who was illegally sold into slavery in Alabama and won that case. Then, in the mid 1860s, when a streetcar conductor tried to violently block her from riding, she took it up to the highest in the company and made sure he was arrested and ultimately fired. She won! Then even more wins: Sojourner was a part of a religious group and a couple from that group falsely accused her of trying to poison them. What did she do? Sue them for slander. What happened? She Won. BOSS. 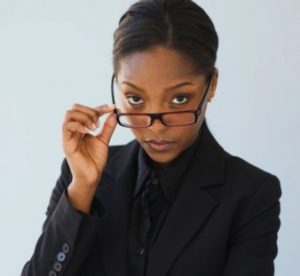 Sojourner is an inspiration to me and I am thankful for her actions in the past because they have paved the way for my present, and the future of little girls all around the world. Imagine if we still couldn’t vote? If we think we’re going through difficulties now with this current administration, just imagine how worse things could have been in the past or could be now?? I mean recently we watched a disturbing meeting happen where a table full of male lawmakers sat and made decisions regarding funding for healthcare for women concerning abortion and women’s reproductive rights….without a woman around. What?? Make it make sense. Read it about it here.
“Hey guys, thanks for knowing what I need better than me.” 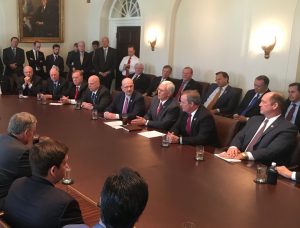 So as we close Women’s History Month, I just wanted to talk about this woman that I am grateful for who had the “audacity” to stand up and speak out for women’s rights in a dangerous time. The advocacy continues on today. From Author Chimamanda Ngozi Adichie to Author and Social activist Bell Hooks who speak out on women’s rights and what it means to be a feminist, to any woman who has realized that she wasn’t getting equal treatment or pay and spoke up, to every single woman who marched in the Women’s March, our fight lives on and our victories continue to roll in. Happy Women’s History Month, darlings, and just remember: The fire doesn’t die out on April 1st.
Make history everyday!