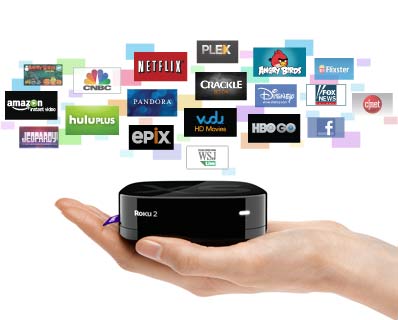 By now, the ever shrinking communities of cable and satellite subscribers have noticed a sharp decline in the content of high priced television. Excluding on demand TV, who hasn’t had a moment where they’ve wondered why, despite having over 300 channels, that there’s nothing on? This lack of content however, has not deterred providers from upping the price. DirecTV’s Plus-HD-DVR package will run you about $90 a month. It comes with around 200 channels, 68 XM Satellite Radio channels, HD Programming and DVR service. DirecTV service however has a tendency to be very weather sensitive.

Time Warner costs upwards of $100 per month. For a little less than the price of a monthly MetroCard, you can get 300+ digital channels, 47 music channels and for $9.95 extra (per month) you can gain access to 16 HD channels. Assuming you’re willing to pay the extra $7.95 for the receiver and $6.99 per room for a converter box.

Optimum (also known as cablevision) will cost $80 a month minimum, excluding $7 or so extra per month for each extra box. The most basic plan Optimum offers will only get you about 120 channels – assuming you spring the extra for an HD box.

One of Many Plausible Solutions

There are plenty of alternatives to paying an overpriced cable bill (including Apple TV and Chromecast). In the world of set-top-boxes however, the Roku Box is the one that stood out to me.

There are currently 4 different ‘Roku’ models:

The Roku 3 and the Streaming Stick are usable only on HD TV’s, but the Roku 1 and Roku 2 can work on almost anything. Size wise, the Roku is much more manageable than a cable or satellite box. The Streaming Stick (due out next month) is the size of a USB stick and plugs directly into an HDMI port. Roku provides its content through ‘channels’ – applications that allow you to view streaming audio and video.

Others like Amazon Instant Video and Vudu Movies let you buy content and own it – allowing you to view it as many times as you want, whenever you want.

There’s a channel for just about everything on the Roku marketplace, including Fitness, Religion, Travel, Sports, Science & Technology, and Family television. On the off chance there’s something you think should be on Roku that isn’t, developers have the opportunity to make private channels. Outside of checking for copyright infringement, private Roku channels are unmonitored and uncensored. View them at your own risk. There are plenty of paid and free games to download and play on the Roku market place. As with channels, developers can try their hand at making free or paid games.

Pros and Cons of going Roku

For all its content, the Roku is still a streaming player – meaning you’re going to have to shell out money for internet service. Most people already have existing internet service with a decent amount of bandwidth but with the increased use of streaming services like Netflix and Amazon Instant Video, more and more people have begun to experience what’s known as ‘throttling’ from their Internet Service Providers.

ISPs like Verizon, AT&T and Comcast are (allegedly) slowing down their customer’s internet speeds, reducing the quality of their streaming experience – making it difficult, and in some cases, impossible to watch anything. No company in their right mind would fess up to that sort of thing, but that’s beside the point. For a device that’s made solely to deliver streaming content, bandwidth throttling is a definite downside to using a Roku.

Another strike against the Roku lies in its channels. Things like HBO GO, Showtime Anytime, Disney Channel, WatchESPN and Fox Now require an existing subscription to a TV provider. Even after you’ve paid for it, some channels are blocked by certain ISPs. For example, Comcast, DirecTV and Time Warner block access to HBO GO and ESPN3 is blocked by Time Warner.

Is It Right For You?

The Roku is versatile, portable and for the most part easy to use, but it isn’t for everybody. If you already have a game console (because almost all of the current and previous generation consoles can use streaming applications just as well as a Roku), you don’t need a Roku. If you’re perfectly content to hook a laptop or desktop up to your 50-inch TV, you don’t need a Roku. For the people with wallets that can’t quite support a cable subscription however, the Roku is the perfect box for you.